A 103-year-old woman has been filmed celebrating her successful battle with coronavirus by chugging down an ice cold beer.

Jennie Stejna was recorded enjoying her first sip from a bottle of Bud Light while propped up in bed at a nursing home in Massachusetts.

Helped by staff at the Life Care Center in Wilbraham, Stejna tips the bottle up for a few seconds, swallows, then comments: ‘Cold.’

A laughing woman behind the camera asks her: ‘How was it?’ and Stejna replies before going straight back in for another swig: ‘Mmm, that’s cold.’

Jennie Stejna, 103, got coronavirus three weeks ago but recovered by May 13. She celebrated with an ice-cold bottle of Bud Light

The carer replies in the video, obtained by TMZ: ‘It’s the best one, it’s cold.’

After grabbing onto the bottle and finishing another gulp, a refreshed Stejna nods and responds: ‘Yeah.’

Her love for the drink may stem from her passion for watching baseball.

Stejna’s granddaughter revealed that she is a ‘hardcore Boston sports fan’.

‘She used to sit outside and listen to the Red Sox on the radio,’ Shelley Gunn told the Easton Wicked Local.

Stejna was the first person at her nursing home to come down with coronavirus three weeks ago. 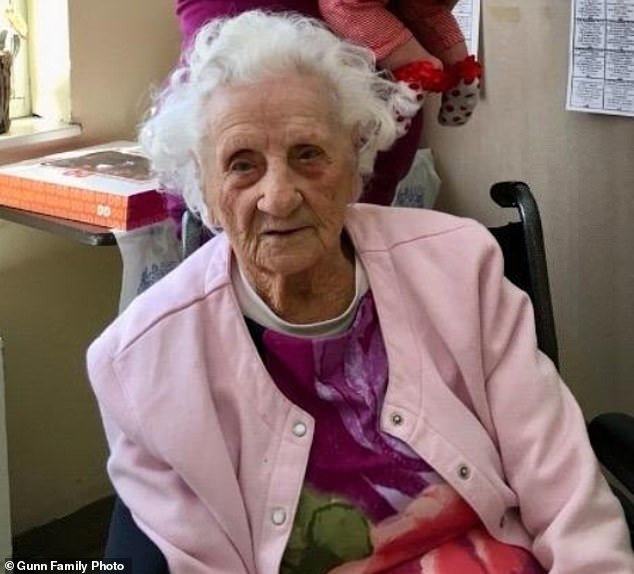 At one point, Stejna’s condition got so bad that her family called to say what they thought was their last goodbyes. When her grandson asked if she was ready to go to heaven, she said: ‘Hell, yes’

‘It was the first Saturday in March. The next day they stopped allowing visitors into the home,’ Shelley Gunn said. 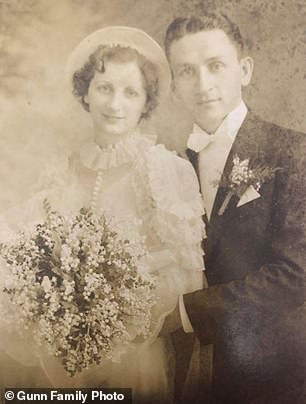 Stejna is a widow. Her husband Teddy died in 1992 at the age of 82. They are pictured together

Stejna’s loved ones said she had a nurse by her sideevery day throughout illness.

But at one point, Stejna’s condition got so bad that her family called to say what they thought were their last goodbyes.

When Shelley’s husband asked if she was ready to go to heaven, Stejna replied: ‘Hell, yes.’

However by May 13, Stejna had recovered from COVID-19.

She was the first person in the home to overcome the disease.

There are currently 33 coronavirus cases at Life Care Center in Wilbraham.

In Massachusetts Wednesday there were more than 93,600 coronavirus cases and 6,473 deaths. 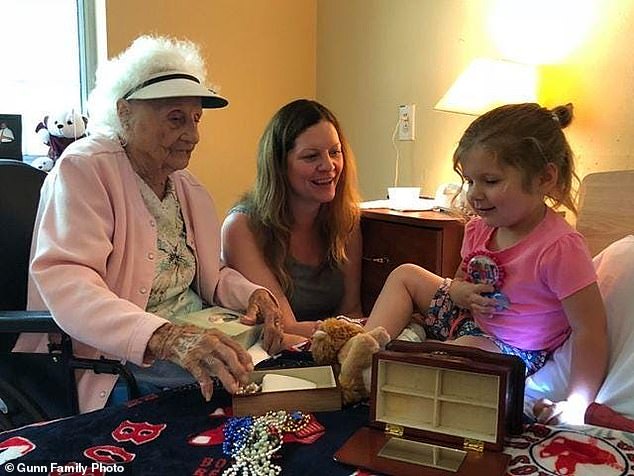 Her granddaughter Shelley Gunn and great-granddaughter Violet, four, visited her on the first Saturday of March 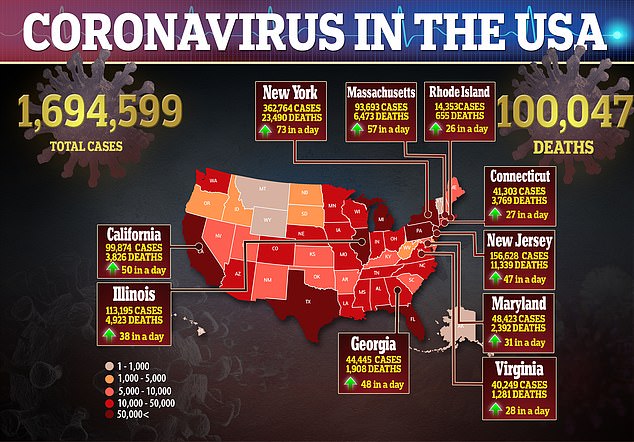