A mother whose ice-addicted boyfriend killed her and two of her children had a destructive meth habit that left ‘the devil inside her’ before she died, according to the children’s grandmother.

Adeline Yvette Wilson-Rigney and her daughter Amber, six, and son Korey, five, were killed by Steven Graham Peet at their Adelaide home in May 2016.

The children’s paternal grandmother, Janet Wells, told Daily Mail Australia the drug ice was at the centre of the tragedy.

Adeline Yvette Wilson-Rigney and her two young children – Amber, six, and Korey, five (pictured) – were brutally killed at their Adelaide home in 2016 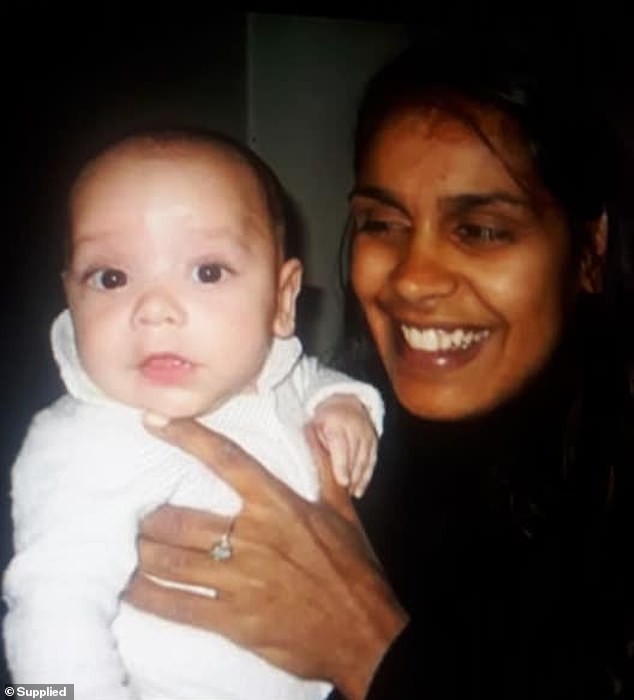 Methamphetamine, known as ice in Australia, is a highly addictive drug that has spread across the country in the last decade.

A report by the Australian Criminal Intelligence Commission revealed that methylamphetamine is the most widely used drug in the country.

Shocking figures from the report showed one in 10 people in Adelaide had at least one dose of the drug every day in October last year, helping make South Australians the nation’s highest users of meth per capita.

‘We look back now and I think she was dabbling in it. I know she must’ve been because of the way she changed.

‘She was a whole different person to what she was before. Her eyes just weren’t the loving eyes they were before. She looked like she had the devil inside of her.

‘It was just not her. Her priorities just weren’t there, yet she loved her children, I can’t say she didn’t love her children but she just acted different.’

Six weeks before the trio died, Ms Wells was handed paperwork from the South Australian Department of Child Protection revealing the tragic circumstances the children had been exposed to. 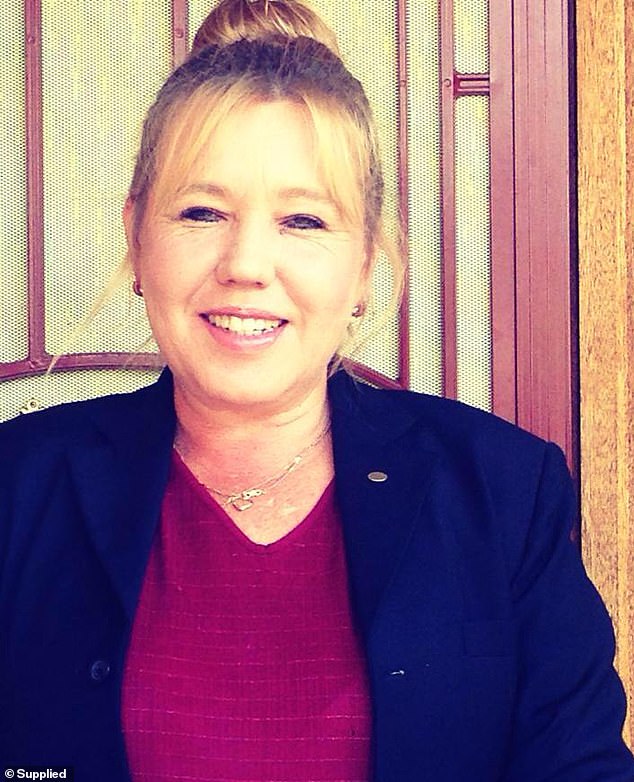 The children’s grandmother, Janet Wells (pictured) has spoken to Daily Mail Australia about the suffering the family still struggles with every day

The documents confirmed her fears – Ms Wilson-Rigney had been a daily ice user.

Ms Wells had thought the children’s mother was against hard drugs but at some point and for some reason, that changed.

For years Ms Wells and her partner Steven Egberts had helped care for the children.

Korey, Amber and the eldest child, who Daily Mail Australia has chosen not to identify, had spent most weekends at their grandparents’ home in Adelaide.

They were their first grandkids, and Ms Wells had been in the hospital with Ms Wilson-Rigney as they were born.

She watched them grow into ‘beautiful, well-mannered children’. 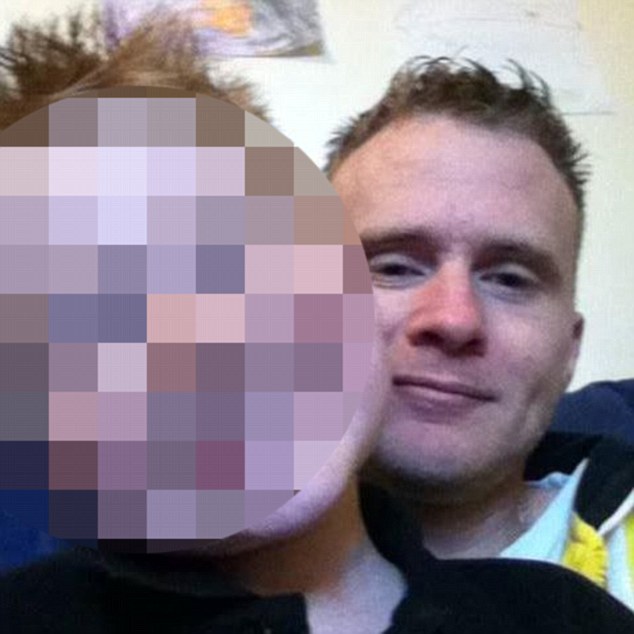 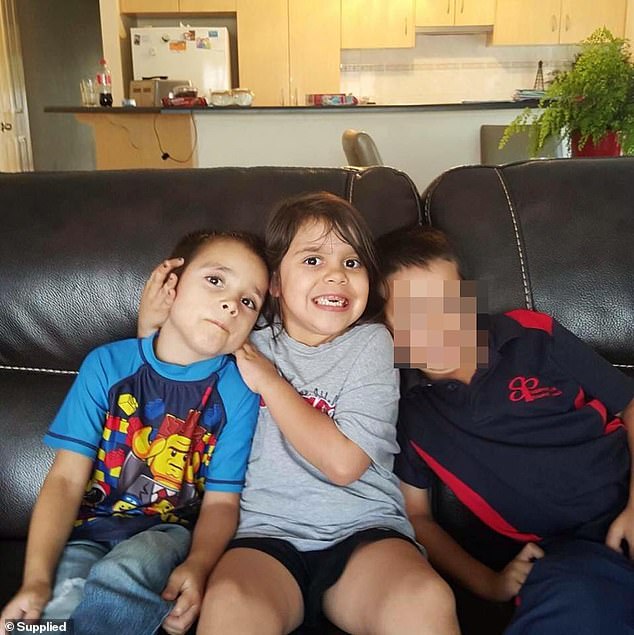 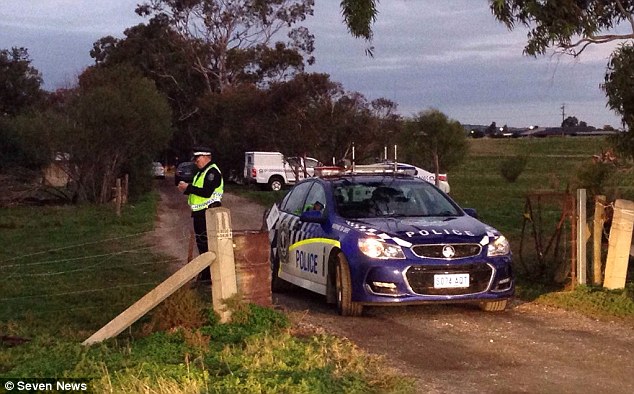 Ms Wells believes if Ms Wilson-Rigney had not been on ice she would have never allowed her children to be in that environment.

Ms Wilson-Rigney was beaten with a crowbar by Peet. He strangled her with a cable tie and left her under a mattress in the laundry.

Peet strangled both the children with cable ties. Amber was hogtied, had adhesive tape wrapped around her head and a sock had been stuffed into her mouth. She was dumped under a pile of laundry.

Korey’s body was left under a child’s play tent. He had managed to remove the sock that had been stuffed into his mouth.

Peet originally denied responsibility for killing the children, claiming he was  in ‘a disassociative state’ at the time. 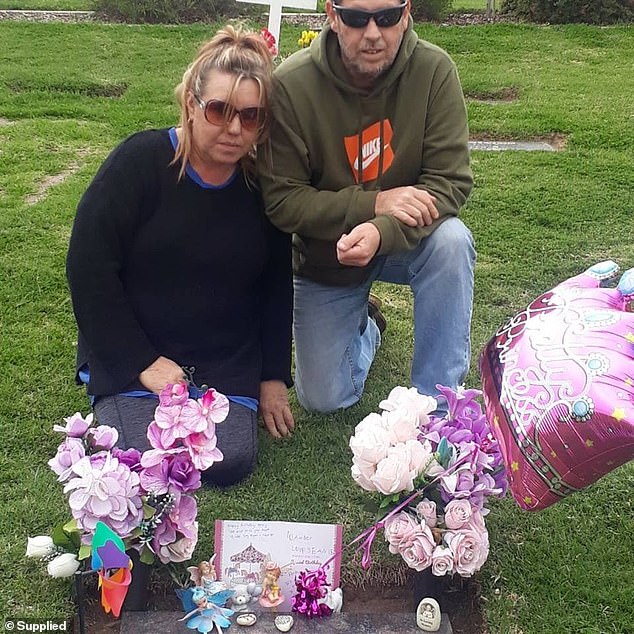 For years Ms Wells and her partner Steven Egberts (pictured) had helped care for the children. She says they grieve every day

He was sentenced in April and will spend at least 36 years behind bars.

Ms Wilson-Rigney’s eldest child had been in Ms Wells and Mr Egbert’s care when his family were killed. They now have custody of him.

‘Our family’s basically been torn apart. Every day is a struggle,’ Ms Wells said. 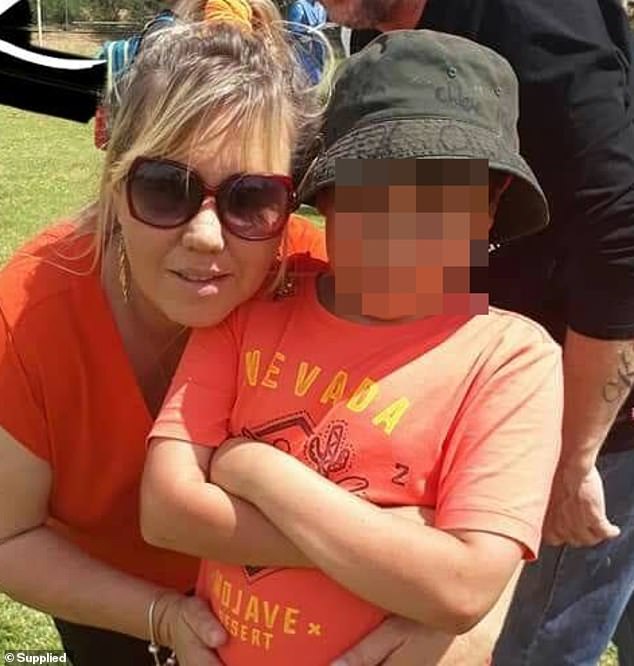