Switzerland’s Granit Xhaka has jokingly warned he will ‘smash’ Gabriel Jesus and Gabriel Martinelli at the World Cup – and quipped his Brazilian Arsenal teammates will be ‘worried’ about facing him ahead of their clash on Monday.

Xhaka will be the opposing side to Jesus and Martinelli when Brazil face Switzerland in a crunch match in Group G.

The Swiss captain revealed he had a light-hearted conversation with his Gunners team-mates before the World Cup in Qatar.

‘We were joking before the World Cup to come here and of course, it is always good if you have team-mates opposite your, but we are professional footballers and for 90 minutes,’ he said. 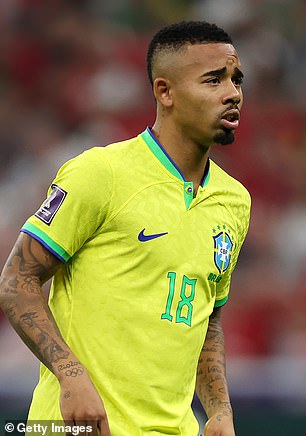 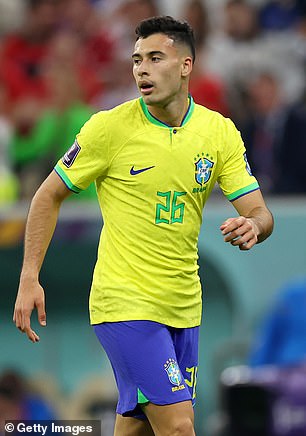 ‘I told Gabby Martinelli and Gabby Jesus if you are running one against one against our goalkeeper I will smash you!’

‘Of course, they were worried. They know me. If I smash you, it will be very very hard.’

Xhaka went on to praise Jesus’s influence at the Emirates since joining over the summer. ‘First of all he is a lovely person, very humble and the quality he has is unbelievable,’ he added. 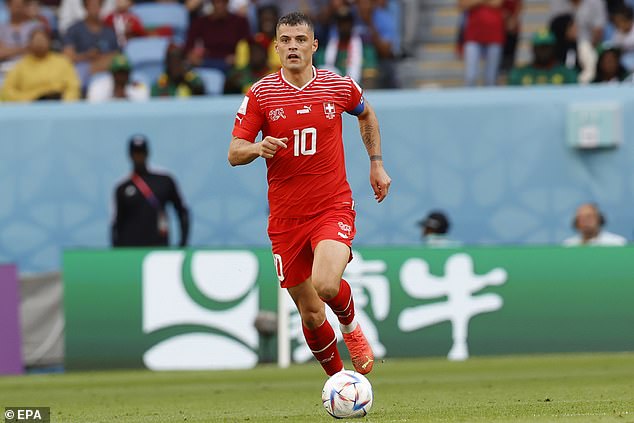 ‘Of course, with Man City he was playing and sometimes not playing, you are not in this rhythm, but you can see with us he is making the difference and that is why we are where we are at the moment.’

The midfielder admitted their next group game would be tough, but did not rule his side out.

‘Of course we will have to be much more careful against Brazil than we were against Cameroon. If you lose the ball against Brazil you pay for it. They have great, great quality.’