The seventh series is set to air on ITV in the new year.

Wrapping on series seven saw heartfelt embraces from cast and crew as they bid a fond farewell to the 1950s crime-fighting drama – for the time being at least. 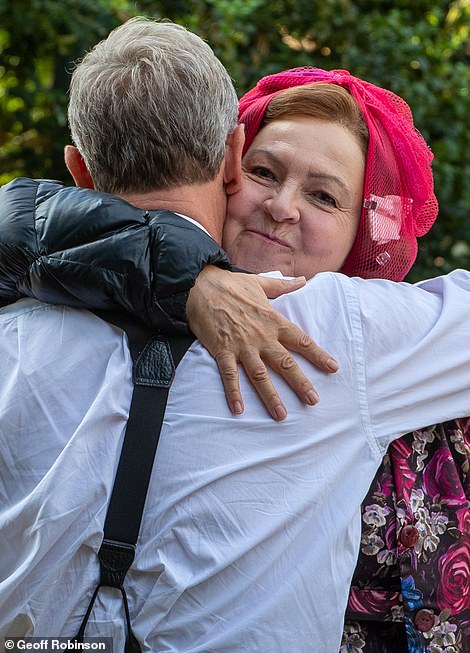 Tom, who plays Reverend Will Davenport in ITV’s 1950s crime-fighting show, also made his directorial debut for its seventh series.

An insider, who did not want to be named, said: ‘We’re all really sad as this is the final season, but we’re not killing off any major characters so there is a chance it could return at some point in the future.’ 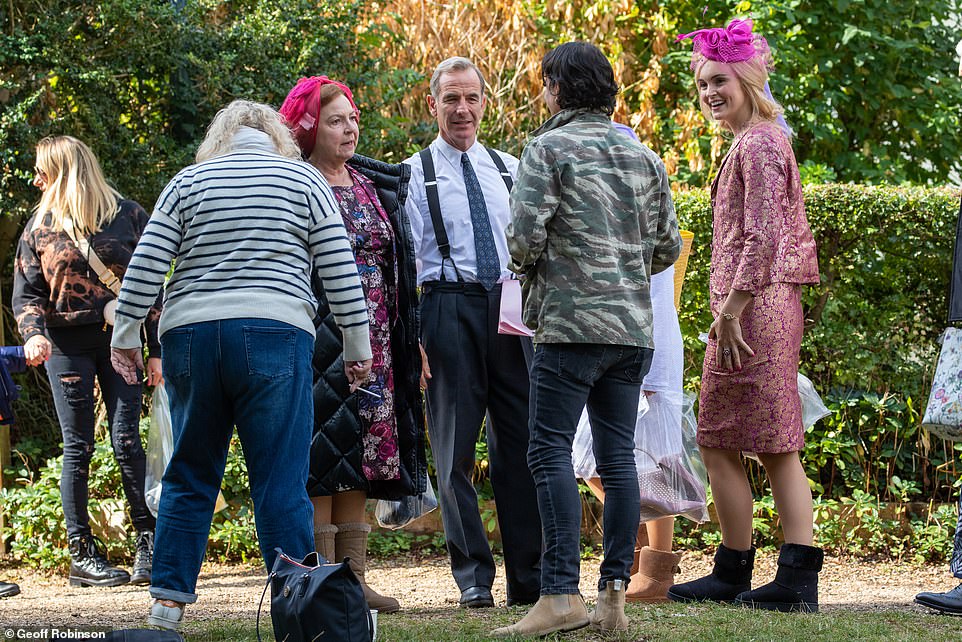 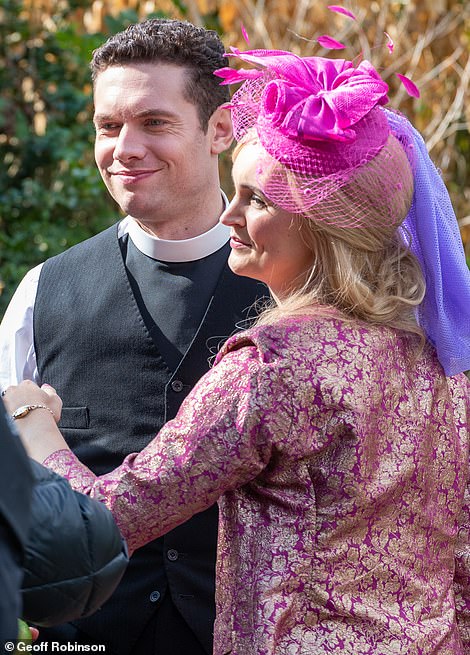 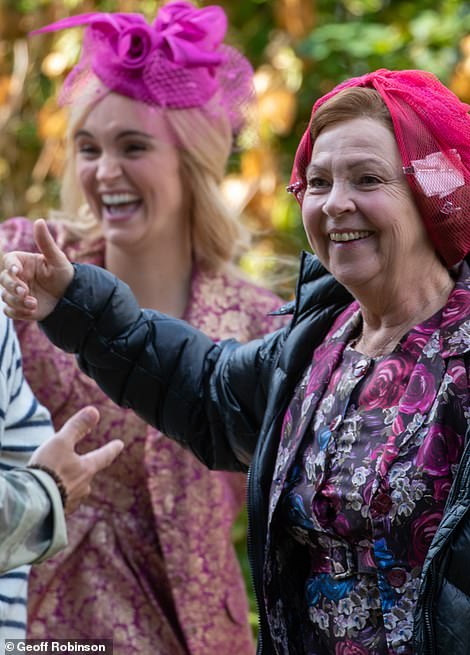 Bless: The cast were clearly emotional on their final day of filming 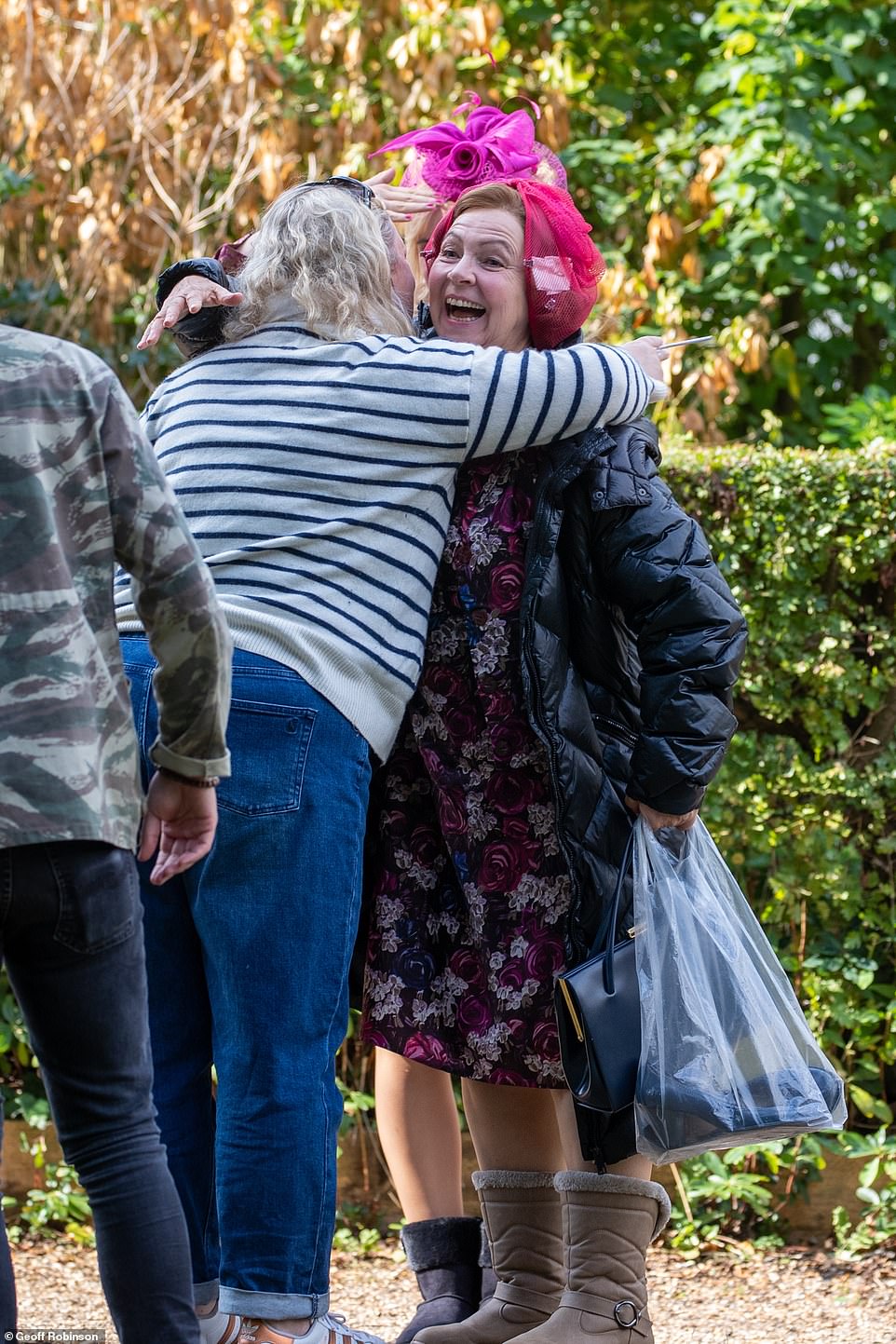 Close-knit: Tessa switched her costume shoes for comfy boots and layered up with a moden padded coat as she hugged a member of the crew 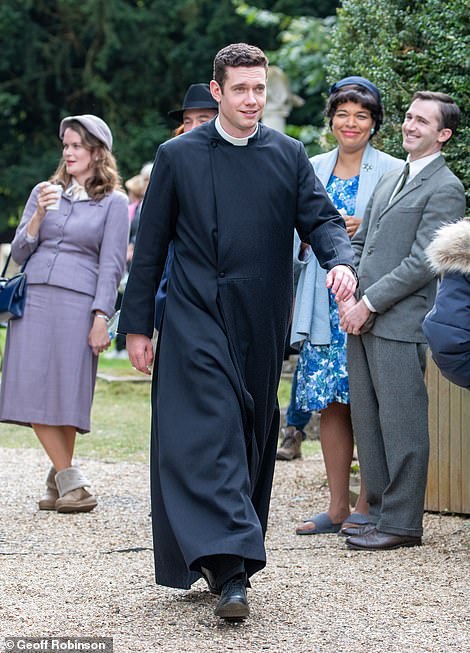 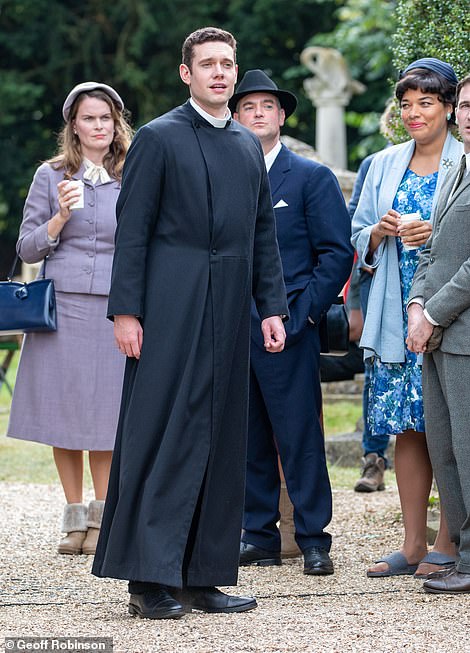 Reverend: Tom was clad in his clerical garb and shared a laugh with his co-stars 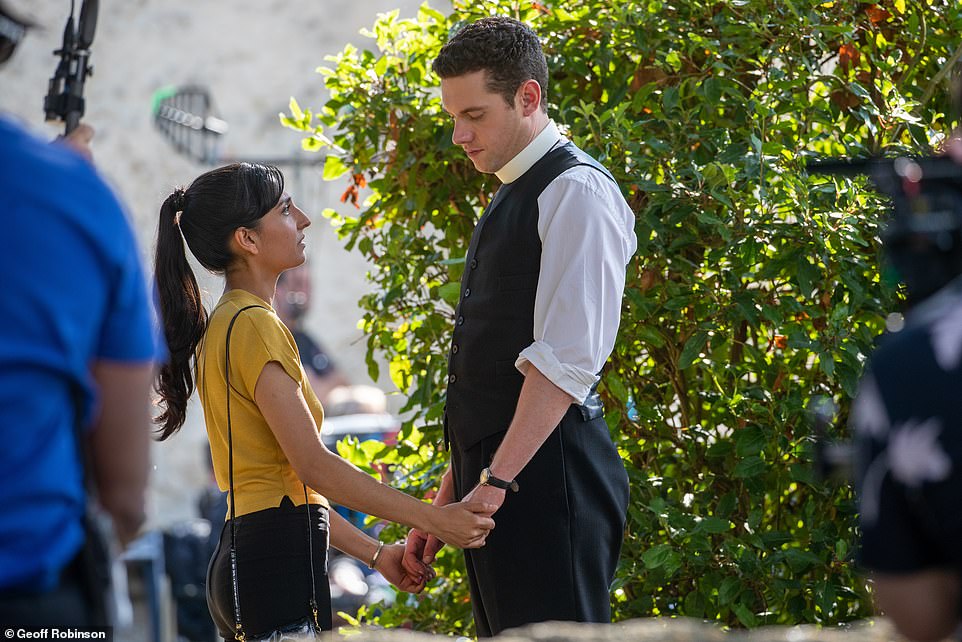 Intense: The actor shared a sombre moment with a member of the crew as they held hands

In a statement, Executive Producer Emma Kingsman-Lloyd previously said of filming amid the pandemic: ‘In these difficult times we are delighted to be able to film another series of our beloved Grantchester.

‘The cast and crew have worked tirelessly to bring the series to the screen and we know the audience are very excited to see what Will, Geordie and the Grantchester family have in store for them.’

The series is adapted from the Grantchester Mysteries novels by James Runcie and was developed for television by Daisy Coulam. 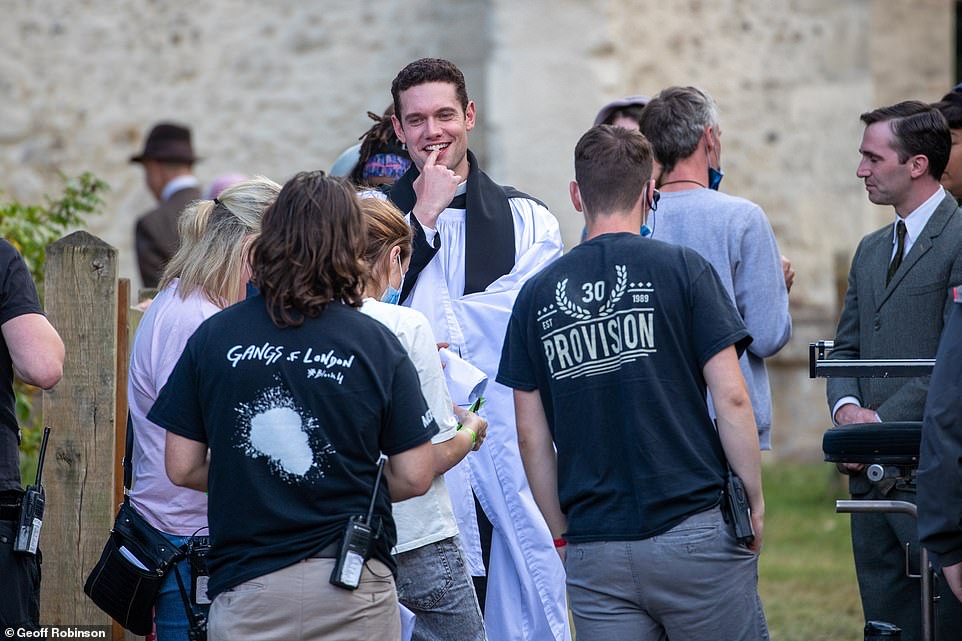 Cute: Tom put a finger in his mouth as he smiled fondly while overseeing the final day 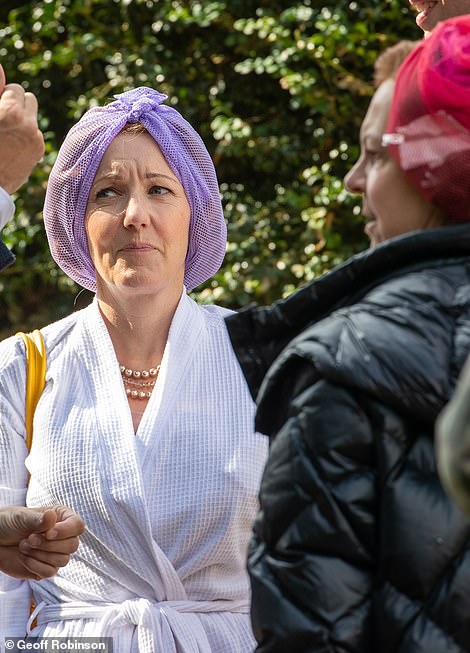 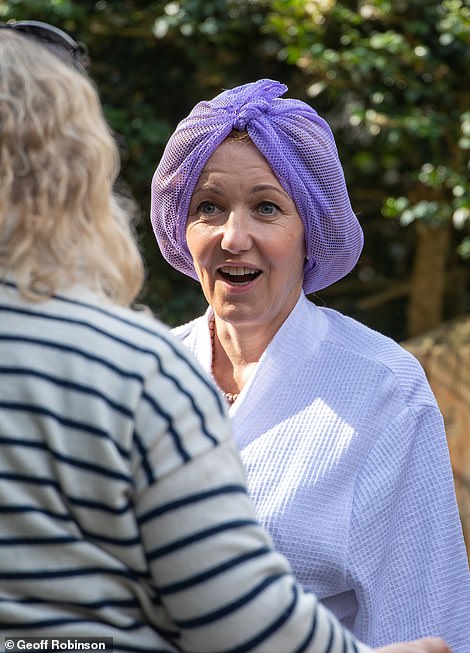 In costume: Robson’s on-screen wife Kacey Ainsworth, 52, who plays Cathy Keating was clad in a white dressing gown and purple hair net for her final scenes 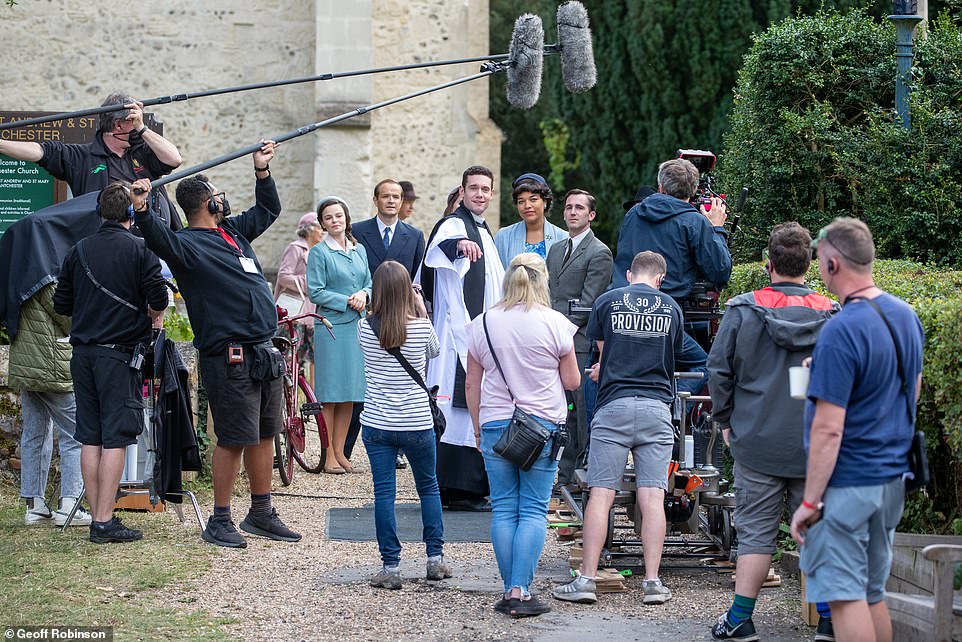 Multitasking: Tom, who plays Reverend Will Davenport in ITV’s 1950s crime-fighting show, also made his directorial debut for its seventh series 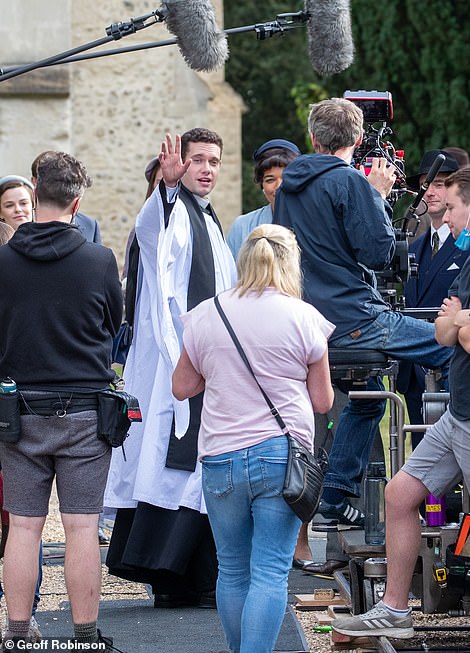 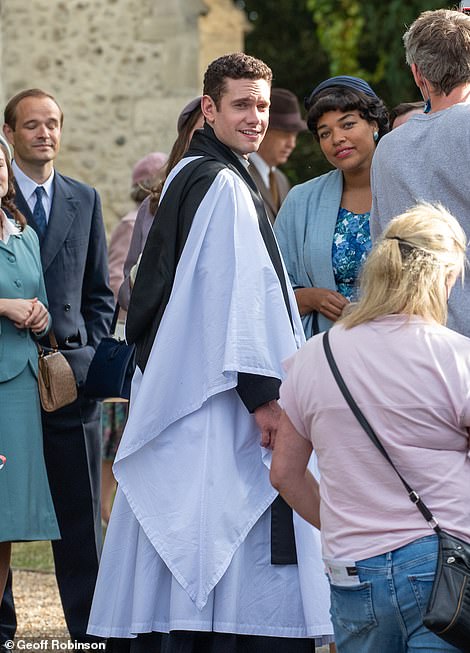 Happy days: Giving out his final instructions as director, Tom made the most of it 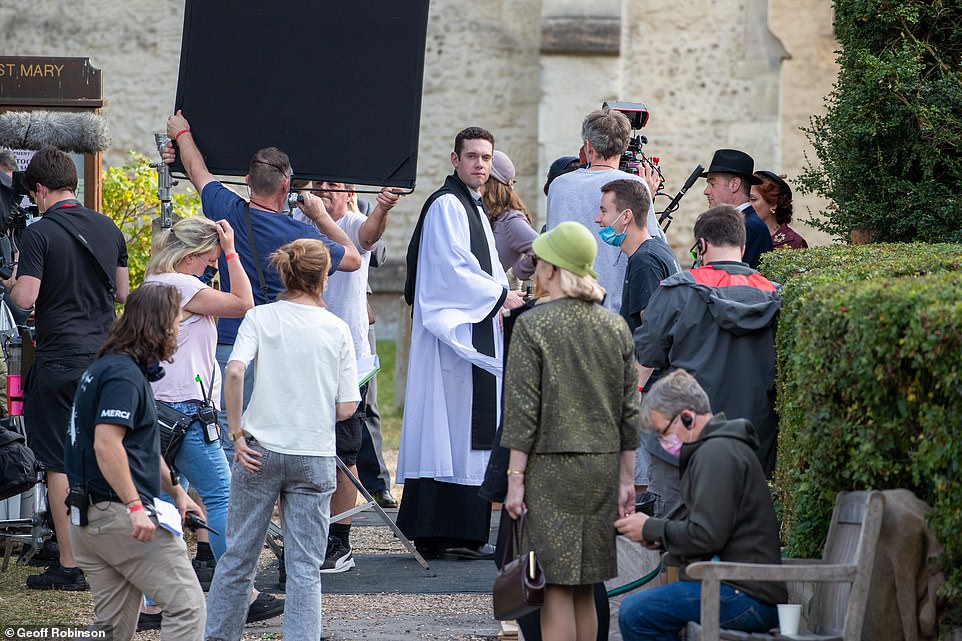 Sombre: While not filming or chatting, Tom appeared to show his sadness at Grantchester coming to an end 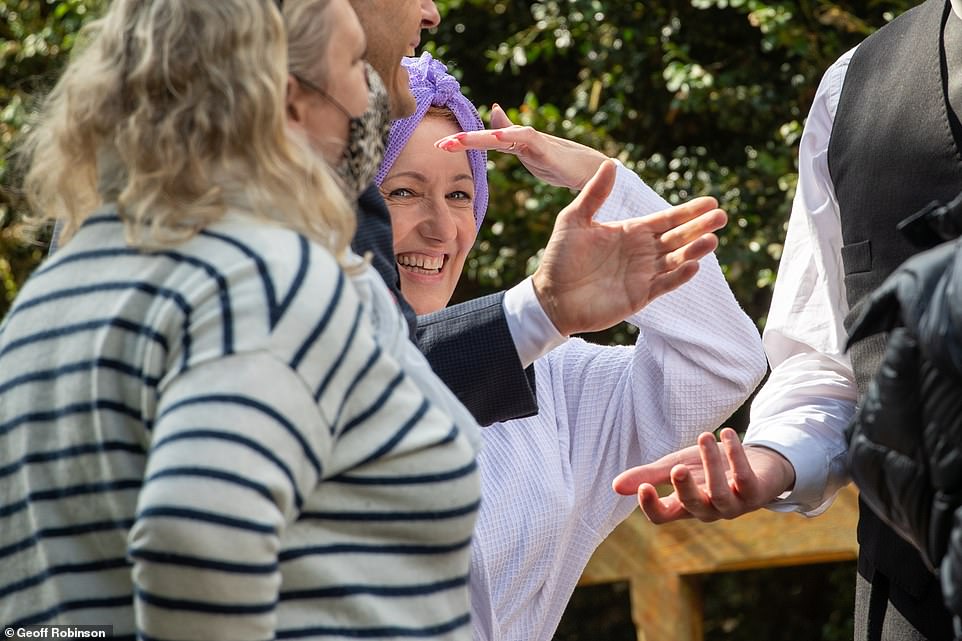 Happy days: Kacey smiled as she chatted to cast and crew before saying goodbye 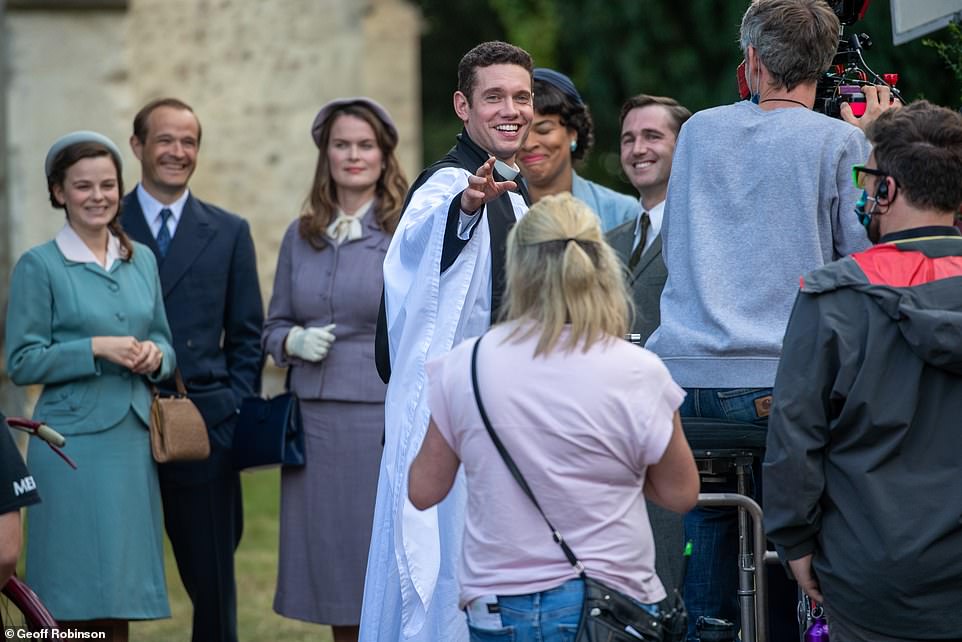 All smiles: The team looked happy despite the show coming to an end