One of the two games Great Britain targeted as potential victories on their return to the top level of the world ice hockey championships turned into a nightmare here when they were utterly outplayed by Denmark.

Not only did Britain fail to trouble one of the weaker nations in this elite competition but they were awful in defence and unusually indisciplined as they crashed to a 9-0 defeat that leaves their hopes of remaining at the top level hanging by a thread.

Britain had pushed the highly rated Germans all the way in their first match before suffering a narrow 3-1 defeat and then could do little to stop the highest ranked team in the world in Canada putting eight past them.

But this really was a crushing blow as they allowed Denmark to dictate terms from the very start and had little of the organisation and work ethic that had seen them complete a romantic against the odds rise to the top level with two successive promotions.

GB really were their own worst enemies as they gave away needless penalties and conceded four power-play goals and a short-handed one as they fell apart just when they needed to be at their very best.

And their misery was complete when Matthew Myers had the puck in the net for what seemed like a consolation goal only for it to be harshly disallowed for a high stick. They have scored just one goal in their three matches so far. 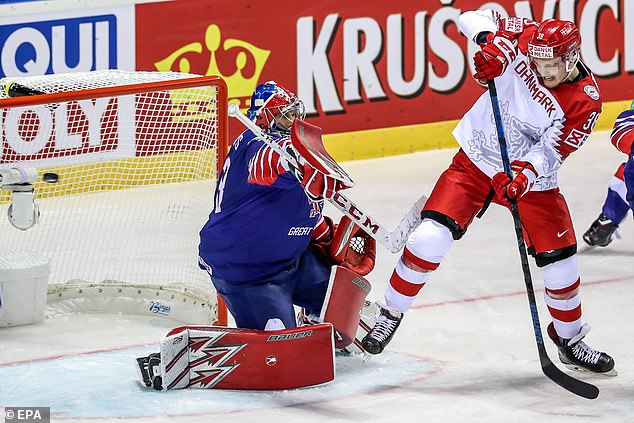 Admittedly Denmark have a far greater top-level pedigree than Britain and boast two NHL players in their ranks, including the man who scored the winning goal for Washington Capitals in last season’s Stanley Cup final in Lars Eller.

But all Britain’s planning had gone into attempting to win this game and their last match against France because they knew they would have little chance against the superstar nations that make up the bulk of this group.

Now, with matches against formidable opponents in USA, Finland and Slovakia to come, they really will need to defeat the French in their final game here on Monday to have any chance of avoiding immediate relegation back to the second flight.

And it does not auger well that France were able to put four goals past this Danish side earlier in the tournament before they narrowly lost on penalty shots.

There were echoes here of the last time Britain were in the top flight 25 years ago in Italy when they targeted their match against Austria as the one to win but instead lost 10-0 and went on to be relegated without a single victory. 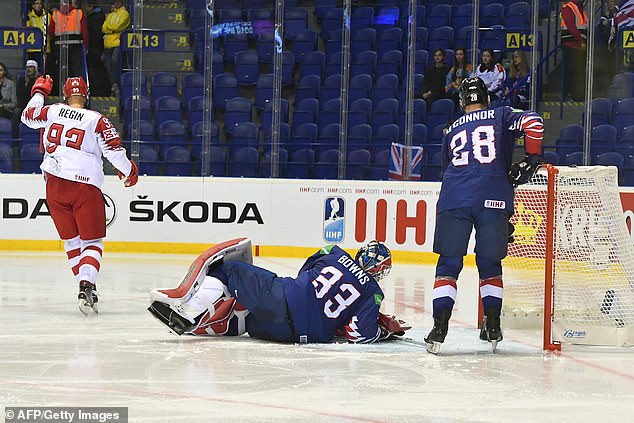 Britain needed to start well but instead the tone was set when captain Jonathan Phillips and Paul Swindlehurst conceded early penalties that allowed the Danes to stamp their authority by scoring two power-play goals.

From there GB had a mountain to climb and perhaps coach Pete Russell did not help their chances of keeping the score respectable by taking off their outstanding netminder Ben Bowns and replacing him with Jackson Whistle once Denmark went four up.

Bowns had not been in as good form as he was when making eye-catching stops against Germany and to an extent Canada but Sheffield’s Whistle is not in the same class and did not exactly strengthen Britain’s defences.

To be fair there was little Whistle could do against top quality Danish finishing and with a defence in front of him that had been weakened by the omission of Tim Bllingsley to include an extra forward in the line-up in Colin Shields. 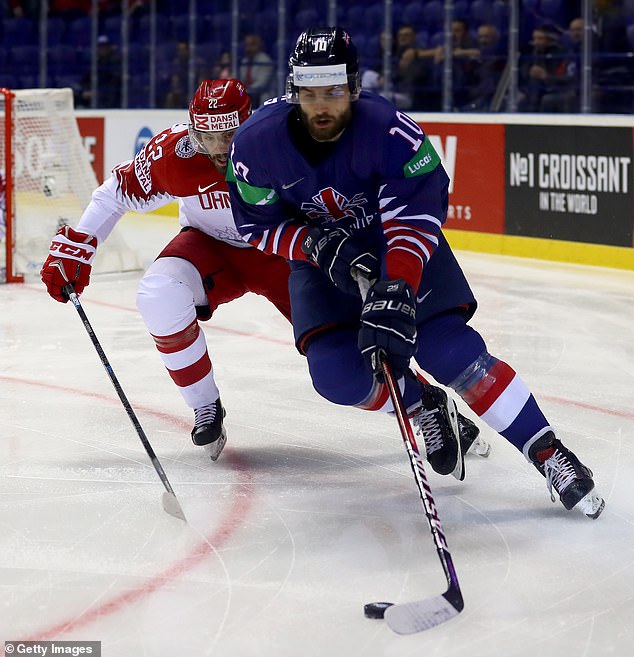 Britain always knew it would be tough here in Slovakia but this really was a bitter pill to swallow for the thousand or so travelling fans who give them such strong support.

And today GB will have to pick themselves up before they face a USA side captained by one of the biggest superstars in the game in Chicago’s Patrick Kane. This was one of GB’s best chances and they simply could not take it.

GB captain Jonathan Phillips admitted that his side blew it. ‘That was definitely not the game we had in mind at all,’ said Phillips. ‘We had looked at it as a game we could take something from and we started well but the next thing you knew we were five down.

‘We just fell apart from the things that we do well as a team. We were pretty dumb to be honest. We were working hard but our hockey smarts weren’t there tonight.

‘Now we must learn from it and be better. There’s no finger pointing. Collectively we just weren’t smart enough. Our goal of staying up still remains.’