Great comedy offends people and the BBC’s too terrified to make it, writes LAURENCE MARKS

For the past 40 years, I’ve taken television rather seriously. Week by week, I went through my copy of the Radio Times with a pen, circling the programmes I wanted to watch, often scribbling notes.

However, these days I can scarcely be bothered, so woefully unimaginative are the offerings from the two principal broadcasters and, in particular, the BBC, which should know better.

I still think of television as an object of brightness and joy, the way it used to be when I was growing up, but I only have to look at the new Christmas schedules to see how far it’s fallen.

What should be a sparkling gift to the nation is instead a monotonous parade of talking heads and game shows, cakes baked, capes being sewn, ‘celebrities’ I’ve never heard of. I have spent £157.50 on the licence fee, and I feel short-changed.

The Reverend Geraldine Kennedy (played by Dawn French, above) addresses the Black Lives Matter movement in one of the three ten-minute Vicar of Dibley episodes

There are myriad reasons for this sad state of affairs, from the big changes sweeping society to a culture of terror in the BBC. But at the heart of it all, is the refusal to make real, laugh-out-loud comedy.

It is irreverent, irrepressible humour that brings us together as viewers and as a nation, particularly at a time like Christmas and New Year, and even more so when we are imprisoned by lockdowns. Human foibles are timeless.

Skilful comedy is timeless. Yet proper humour is the very thing that the terrestrial broadcasters fear.

Hard-hitting comedy offends people, and offence is verboten in a world where virtue signalling and identity politics have gained a stranglehold over what we can write, see and think.

How else may we explain the extraordinary decision to make Dawn French, as the Vicar of Dibley, sign up to the Black Lives Matter protests and ‘take the knee’? This isn’t comedy, it’s preaching. And what are we to make of the revelation in today’s Mail on Sunday that, of the hundreds of comedy slots broadcast by the BBC over the past month, nearly three-quarters were given over to comedians with overtly ‘woke’ views?

As a journalist in East Berlin in the 1970s, I understood quite plainly that I had to be most careful with what I said and did. The last thing I would have imagined was similar regulations would eventually apply in my homeland. 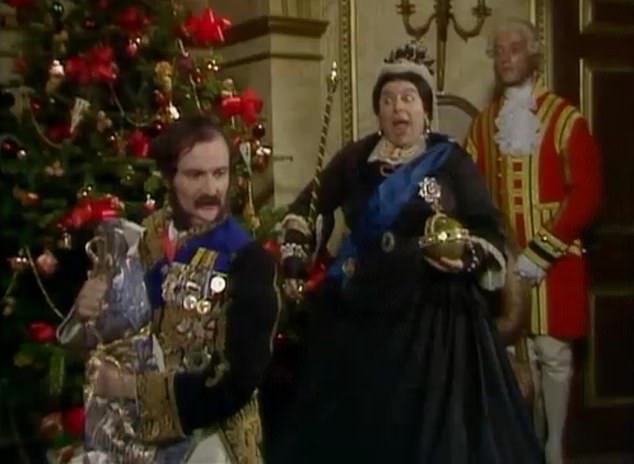 Blackadder’s Christmas Carol with Miriam Margolyes as Queen Victoria. Can you imagine its writers, Ben Elton and Richard Curtis, being granted licence to pen such a series now?, writes Laurence Marks

Take a popular show from the past, Blackadder. A new episode on Christmas night would have cleared the board, but can you imagine its writers, Ben Elton and Richard Curtis, being granted licence to pen such a series now? Every time Edmund slapped Baldrick around the face because he’s a – all right, I’ll dare say it – cretin, there would be a Twitter storm. Could Ben and Richard refer to Captain Darling as ‘darling’ without being labelled a sexist?

Or consider The New Statesman, the award-winning ITV political sitcom I wrote with Maurice Gran in the 1980s and 1990s. Alan B’Stard MP, played by the late, great Rik Mayall, was as offensive as anyone had been on TV, yet Yorkshire Television’s lawyers only ever vetoed one episode – about B’Stard selling nuclear weapons to Saddam Hussein, due to be broadcast just before the first Iraq War began.

Nobody would go near The New Statesman today. B’Stard would have drawn 5,000 viewers’ letters and 25,000 tweets with every utterance. How dare he use the word ‘black’ when describing his shoes?

It is irreverent humour that brings us together as a nation

Sadly, I predicted all this 20 years ago when, with my writing partner Maurice, we foresaw the decline of terrestrial television in the keynote speech at the Edinburgh International Television Festival.

We said people would pay for channels that featured great shows they actually wanted to watch. We said the BBC’s schedule would end up filled with cheap ‘people shows’ in place of scripted light entertainment and drama. It saddens me to say we were right.

There are many forces at play. The divide between big city and provincial viewers has become ever wider. I am not the first to say that the BBC appears to be in the grip of young, metropolitan types who favour a diet of politically correct and suitably diverse programming. We are a big country and it is certainly diverse. But today’s BBC seems to have no idea what a 60-year-old woman in Kettering or King’s Lynn wishes to watch. Or perhaps it hasn’t done its homework.

There is also competition from ‘disruptors’ such as Netflix and Amazon Prime, which seem determined to put traditional TV out of business altogether, although it is my prophecy that the BBC will be around long after Netflix.

Established broadcasters are quite right to complain these rivals seem impervious to public opinion. Just take Netflix’s refusal to take the simple step of telling viewers that The Crown combines fiction with fact. 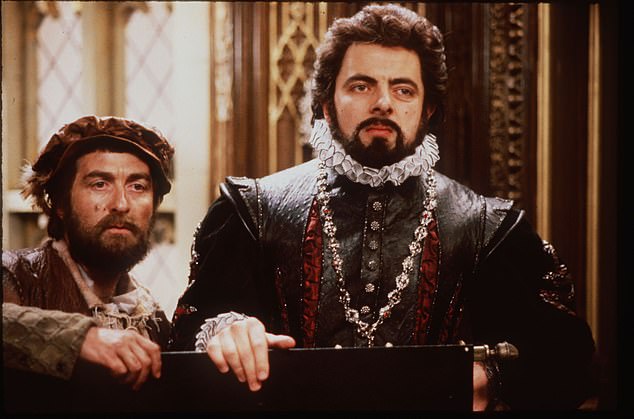 The fact remains, though, that Amazon, Sky and Netflix produce some truly admirable drama, and the public is faced with a choice: would people rather watch imaginative series such The Queen’s Gambit? Or would they prefer to tune into cheap-to-make, sometimes half-witted panel shows?

Yes, the budgets of the new digital rivals might be colossal, but is this an excuse for giving up? Ealing Studios ran on a shoestring compared to the might of Warner Brothers, yet they still produced some of the funniest films ever made.

Surely it is time for the BBC and ITV to wake up. I said it in 1997 and I repeat it in 2020, we should say goodbye to the compulsory licence fee, a financial buffer that all too often results in unimaginative and lazy television.

The BBC should banish its crippling culture of fear. I saw this at first hand recently when, after hours of painful meetings, executives felt unable to go ahead with a new Birds Of A Feather. They were simply afraid to take the risk of booking a whole series. ITV were delighted when we offered it them instead, and it attracted 12 million viewers for the first episode.

I will think twice before tuning in during our Christmas of restrictions. It’s not that I don’t respect the BBC. On the contrary, I’ve had a lifelong love affair with the Corporation and worked for it for more than three decades, but it all too often fails to show up for the date these days. I am absolutely certain the BBC still has a future, but it must stop worshipping at the altar of youth and combat the woke warriors who probably don’t even watch TV.

The BBC must recognise that millions of viewers are still willing it to succeed, me especially. So please be brave enough to cause occasional offence and shrug off the criticism that might follow. I wouldn’t care what’s said on Twitter. And neither would the licence-fee payers I know – I can tell you that.

Above all else, the BBC must dare to be genuinely, warm-heartedly, provocatively funny and being funny means causing offence. Funny is what brings us together, and never more so than this abnormal year.