Veronica Gordon, 79, could face going to prison over her refusal to remove a gate at the front of her flat

A Windrush pensioner is facing spending her 80th birthday in prison for refusing to remove a security gate that she’s had outside her flat for 30 years.

Veronica Gordon claims she has been ‘ruthlessly’ targeted by the housing association for a decade despite having council planning permission for the metal grill.

The great-grandmother first installed the gate at her east London flat with council planning permission in 1989.

But last Friday, a judge handed Veronica, 79, a six-month suspended prison sentence for failing to take it down.

He ordered her to remove it by last Wednesday or face jail, but she refused claiming she does not feel safe without it – so now is expecting a knock at the door from police at any moment.

It is the latest event in a decade-long saga between Veronica and social housing Eastend Homes, who say the gate, that cordons off a dead-end alley that leads only to her flat, is a ‘fire risk.’

Veronica, who moved to the UK from Jamaica in the 1950s, said: ‘I feel harassed and stressed. 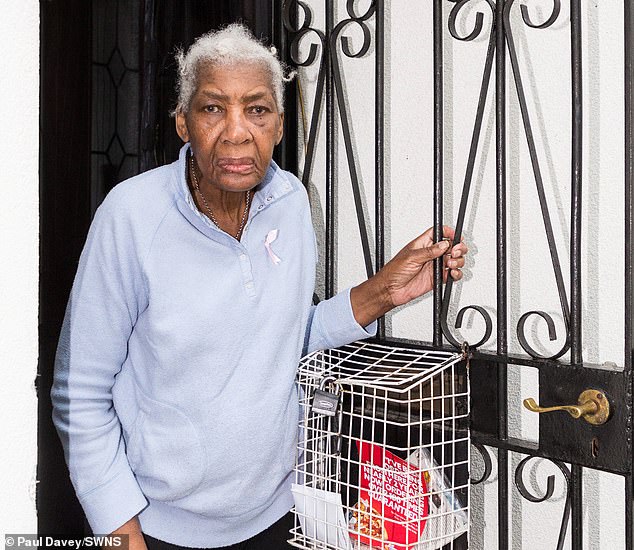 ‘I can’t understand grown people behaving the way they are. It’s bullying tactics and I won’t be bullied.

‘I haven’t had an easy life – my husband didn’t work, so I grafted to bring up four kids and put meals on the table.

‘All I want now is to enjoy my retirement in peace.’

The pensioner was first arrested in 2009 – her first brush with the law – when estate managers called officers to her flat in Mile End, East London.

He said it was a ‘civil case’ and called the pensioner’s treatment was ‘mob-handed.’ 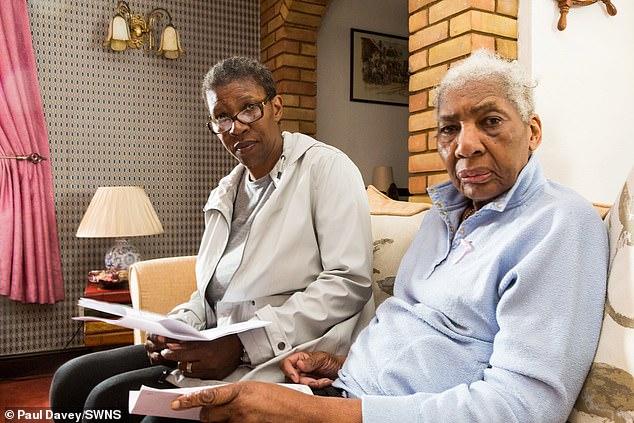 The mother-of-four, pictured with daughter Janice, 51, was first arrested in 2009, her first brush with the law

Veronica, who part-bought her home for £12,900 in 1977 under the Right to Buy scheme, insists the gate does not pose a risk to neighbours because it only blocks access to her property.

Despite facing jail time, the stubborn septuagenarian is not budging because the gate makes her feel ‘safe in her own home’ and she does not want ‘to let those bullyboys win.’

Before the latest court case last Friday, Veronica provided the judge with a GP’s letter listing the medical reasons for why she could not attend, but it was dismissed.

Veronica, who moved to the UK from Jamaica in the 1950s, said she feels ‘harassed and stressed’

Judge Saggerson, at the County Court of Central London, said: ‘This is regrettably a case of non-attendance in court.’

The judge handed Veronica a six-month suspended prison sentence for Contempt of Court.

She now has until September 2 to ‘explain herself’ in court and to take the gate down.

Faced with the prospect of spending her 80th birthday in jail, Veronica said: ‘I’m not scared of going to prison. If I come up against a judge I will ask him three questions.

‘One, what crime have I committed?

‘And three, why are you gunning for me to go to prison?’

Eastend Homes also pursued Veronica’s daughter Janice Gordon, 52, who was on the property deeds until her mother bought the leasehold outright in 2017.

Veronica said the association even sent a retired Jamaican employee to her home because she would be able to better ‘communicate’ with her.

Eastend Homes have said they are ‘saddened’ by the situation and ‘definitely’ do not want Veronica jailed.

Veronica said: ‘If they are sad then why didn’t they stop.

‘I have spoken to their solicitors from Batchelors law firm who pushed judges to jail me.

‘The lawyer is only going by the instructions of Eastend Homes and now they say they are “sad”. Of course they would, the bullies.

‘On top of that they are taxpayer-funded and paying legal fees of £155 per hour.

‘People might ask why I don’t just take the gate down and avoid all of this.

‘I won’t let those bullyboys win and I need the gate to feel safe.’

Veronica first moved into her home as a tenant in 1977 while it was still a Tower Hamlets council house. 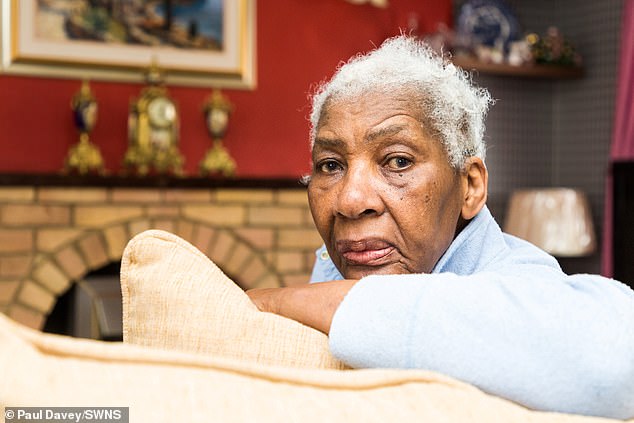 The council gave Veronica permission to fit the gate in 1989 after she claimed residents were causing a nuisance along the corridor in front of her first-floor flat.

In 1993, Eastend Homes took over as the estate managers revoking the council’s decision and demanded Veronica remove the grill.

Since the battle began, the estate has removed the gate three times, but Veronica has replaced it repeatedly.

The mother-of-four has been summoned to court six times for her actions, attending twice.

A spokesperson for the housing association said: ‘EastendHomes is deeply saddened this case has ever reached court. Of course we do not want Veronica to go to prison.

‘Our priority is the safety of our residents.

‘We need to remove the gate from the communal area leading up to her home because it presents a fire safety and rescue hazard to Veronica and her neighbouring residents.

‘We are compassionate to Veronica’s security concerns and have offered to replace her existing door with a new secure by design front door.

‘Our staff have consistently tried to communicate with Veronica to resolve this situation and we will continue to do so to ensure her home is safe and presents no fire safety risk to herself or others.’