Greek court FREES cleaner, 53, who was jailed for ten years after she lied about elementary school

A Greek cleaner caged for 10 years for forging her elementary school certificate to earn a state-paid job has been released on compassionate grounds.

Dimitra Tsiantaki, a 53-year-old kindergarten cleaner was jailed after claiming she had spent six years at elementary school instead of five in a case which drew public anger.

The Greek supreme court’s prosecutor is now investigating her conviction for misleading the public.

Dimitria Tsiantaki, 53, speaking with broadcaster Skai TV after her release granted by a courthouse in the city of Larisa today 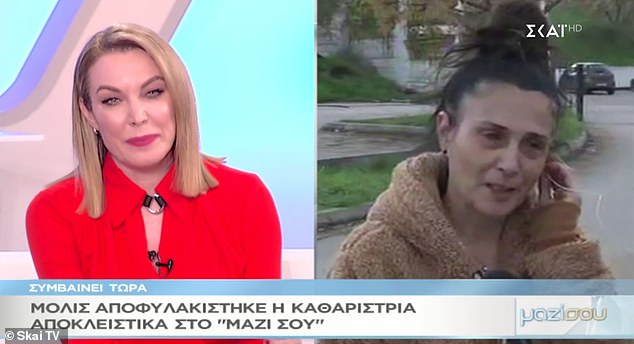 Her lawyer, Giorgos Sinelis, said the ruling by the court in the city of Larisa will allow her to stay out of prison pending a decision by the supreme court on her appeal against the conviction.

‘I am confident that the supreme court will accept’ the appeal, Sinelis said.

Ms Tsiantaki, said her three-week incarceration had been a major shock.

‘It will take me a little while to recover,’ she told private broadcaster Skai TV.

The municipal employee quit elementary school after completing fifth grade and obtained her civil service position in 1997, having submitted a forged certificate that she had finished sixth grade – the minimum education requirement for state-employed cleaners.

‘She was a cleaner,’ said Sinelis, the lawyer. ‘Therefore whether she finished fifth or sixth grade has nothing to do with whether she performed her job.’

She was initially sentenced to 15 years’ imprisonment, later reduced to 10 years.

Ms Tsiantaki said in her TV interview that she had faked the certificate because she had been unemployed and needed work to prevent social services from taking away her two children – adding that she herself had grown up in an orphanage.

‘I know what orphanages are like, and I didn’t want my children to go through what I went through,’ she said. ‘We were nine brothers and sisters and my parents couldn’t bring us up.’ 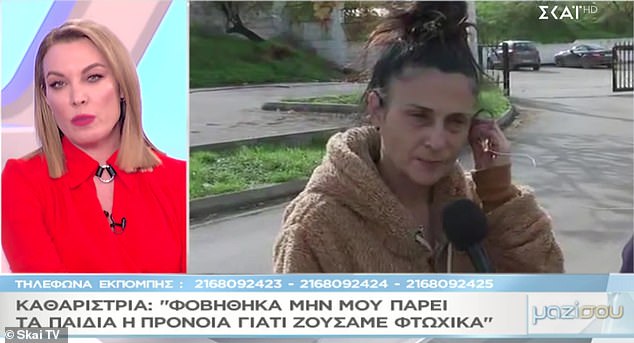 Dimitria Tsiantaki said she grew up in an orphanage and wanted to work hard to prevent the same happening to her children; she added she has since completed her sixth-grade-studies 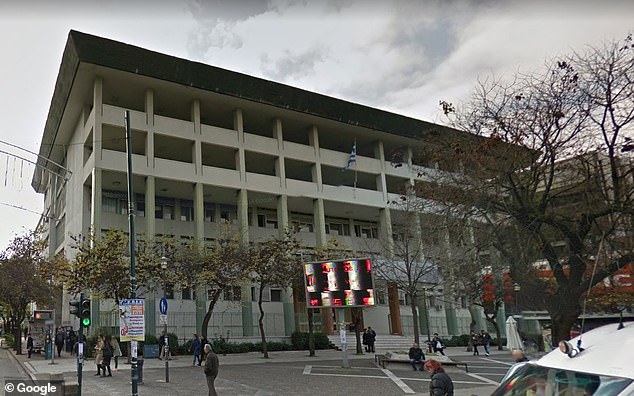 Ms Tsiantaki said she had worked for 20 years as a municipally-employed cleaner, and was sacked after the forged certificate was discovered.

She added that she has since completed her sixth-grade studies.

A prisoners’ rights group said the decision to jail her had been ‘legally and morally groundless.’

‘(The conviction) highlights the persisting problems in Greece’s system of awarding so-called justice, which leads thousands of socially vulnerable people to prison with crushing convictions,’ the Initiative for Prisoners’ Rights said.