Man, 39, is stabbed to death inside his Sydney home – as police charge two teens with murder and search for three others ‘who fled the scene’

By Charlie Coë and Kylie Stevens For Daily Mail Australia

A manhunt has been launched for three members of a masked gang who allegedly stabbed a 39-year-old man to death when he opened the door to his home.

Kevin Kourtis died from multiple stab wounds after five men allegedly stormed into his home in Riverstone in western Sydney at about 12.30am on Sunday.

His female housemate, 34, was allegedly assaulted with the butt of a rifle and suffered minor injuries.

Mr Kourtis’ girlfriend, 43, was also at home during the violent home invasion but was uninjured.

A 16-year-old and a 17-year-old who allegedly fled the scene by jumping over the property’s back fence were arrested a few streets away from the Langton Street home about 1.10am.

The pair were charged with murder on Sunday afternoon and refused bail. 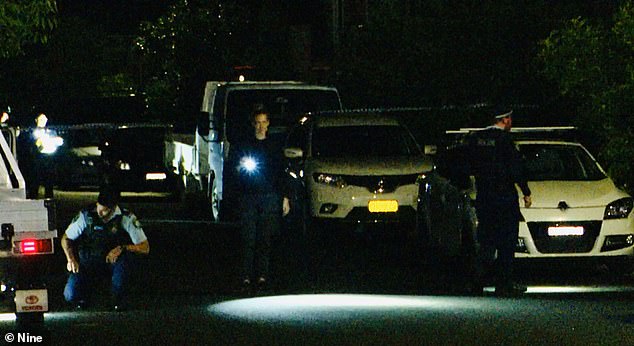 Police launched a widespread search in Riverstone following the fatal stabbing and arrested two male teens a short time later. They have both been charged with murder and refused bail

They will face children’s court on Monday.

Police are still searching for three men who allegedly fled the scene in a car.

Mr Kourtis is believed to have a minor criminal record,  The Daily Telegraph reported.

Detectives are meanwhile investigating whether the five men who allegedly stormed his home were known to him.

Police conducted a search of the surrounding area with assistance from PolAir, the Dog Unit and the Public Order and Riot Squad. Two teens were later arrested in a nearby street 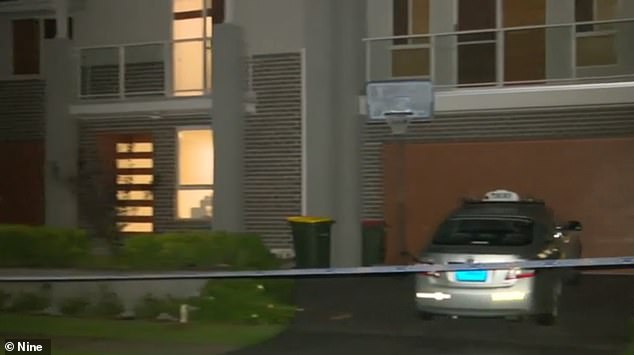 Police have established four separate crime scenes which were being examined by specialist forensic officers on Sunday.