Green Day fans are attempting to get the song ‘American Idiot’ to the top of the charts for Donald Trump’s visit to the UK.

Trump is set to make a ‘working visit’ to the country on Friday July 13, immediately after the Nato summit in Brussels.

The campaign to get the song to the top of the charts for his visit was launched in January last year but gained traction again once the official date was announced.

The Facebook page, called ‘Get American Idiot to No.1 for Trump’s State Visit’, already has more than 11,000 likes.

They posted: ‘We have a date, he’s coming Friday 13th July… so if we ALL buy enough downloads of Green Day’s ‘American Idiot’ between Friday 6th-Thursday 12th it will time PERFECTLY to hit No.1 the very day he arrives on UK soil!

Green Day fans are attempting to get the song ‘American Idiot’ to the top of the charts for Donald Trump’s visit to the UK (pictured: the band performing in New York last year) 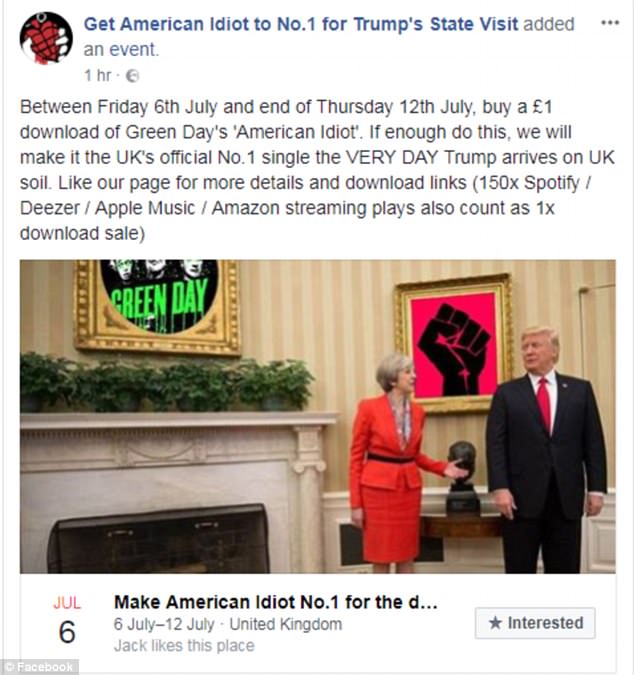 ‘Streaming counts too but less effective. Let’s do this!’ 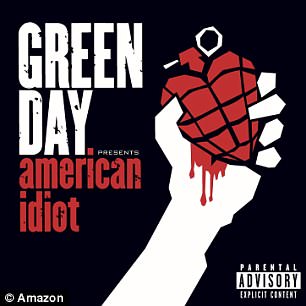 The band themselves have been open about their dislike of the Trump administration, with singer Billie Joe Armstrong leading anti-Trump chants at the American Music Awards last year.

While performing their single ‘Bang Bang’, they shouted: ‘No Trump, no KKK, no fascist USA.’

Yesterday Armstrong even shared a screenshot of the campaign on his Instagram account with the caption ‘.. just going to leave this here..’ but it has since been deleted.

Back in 2016 at the MTV Europe Music Awards, Green Day changed the American idiot lyrics from ‘can you hear the sound of hysteria? / The subliminal mind-f*** America’ to ‘subliminal mind-Trump America’. Singer Billie Joe Armstrong has been open about his dislike of Trump, leading a chant of ‘No Trump, no KKK, no fascist USA’ during the 2016 American Music Awards (pictured)