A Greens staffer and her social worker friend allegedly spray-painted ‘no pride in genocide’ on a statue of Captain Cook in Sydney’s Hyde Park.

Xiaoran Shi, 28, and Charmaine Morrison-Mills, 27, are accused of the attack on the statue at about 4am on Sunday.

The pair were arrested near the park on College Street,  with a bag allegedly containing three spray cans and were charged with destroying or damaging property.

Police will allege both women were dressed in black and wearing masks in CCTV footage taken at the scene, and that Morrison-Mills ‘smirked’ at officers when later questioned.

The statue had the words ‘sovereignty never ceded’ and ‘no pride in genocide’ sprayed onto it, The Daily Telegraph reported.

New South Wales Police Assistant Commissioner Mick Willing referenced Shi’s known ‘background of anti-police sentiment’ through running the Sniff Off page. She also has shared a picture of herself posing with a pigs head in the past (pictured) 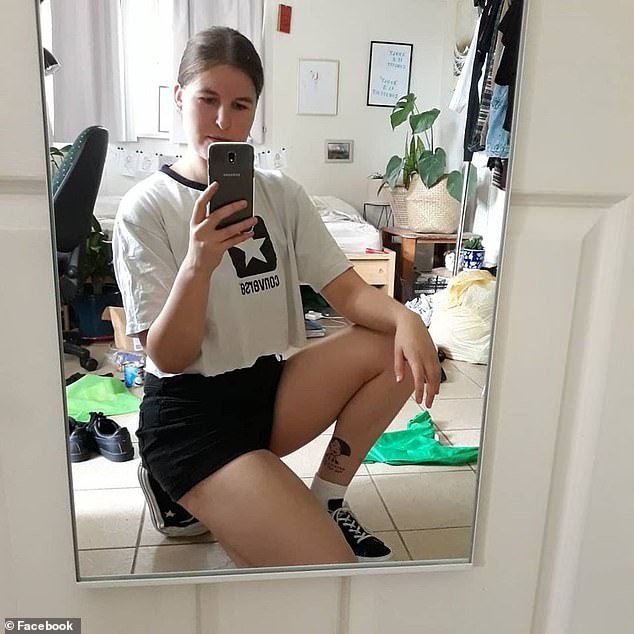 Shi’s friend Charmaine Morrison-Mills, 27, (pictured) has also been charged with vandalising the statue about 4am on Sunday

Shi runs the ‘Sniff Off’ campaign – which calls for an end to police sniffer dogs – in collaboration with New South Wales Greens MP David Shoebridge.

She is also employed in his office on a part-time basis.

‘You’ve got to be pretty stupid to be engaged in this sort of stuff given that most of the statues are under extensive CCTV.

‘People are entitled to their views, but you’re not entitled to commit crimes. If they do it they’re going to get locked up.’ 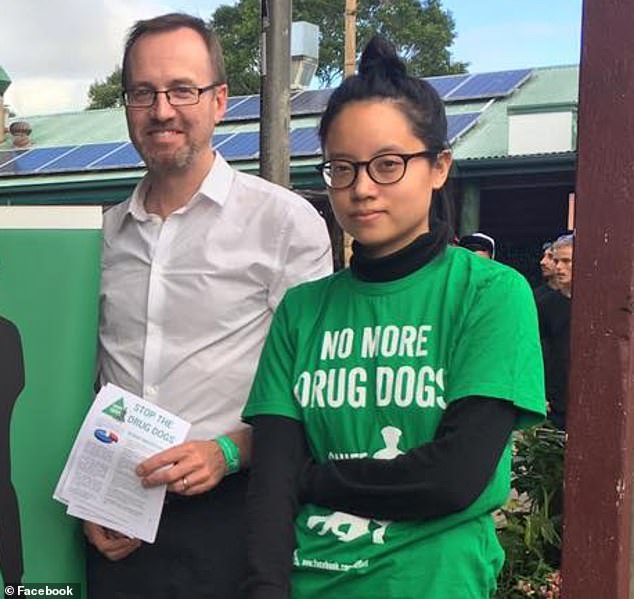 The police prosecutor argued against granting both women bail.

‘The damage is done to the statue of Captain Cook which is of strong cultural and moral values, this act has undermined the public perceptions of safety and raised hatred in the community,’ the prosecutor said.

‘Under the current political climate this type of behaviour is likely to incur further anti-social behaviour.’

Magistrate Kevin Hockey granted both women bail with strict conditions, including banning them from speaking with one another or visiting Hyde Park.

‘I understand that one of the two people charged regarding the incident involved the statue in Hyde Park has part-time employment with my office,’ he said.

‘They were not engaged in employment at the time of the incident which occurred well outside of work hours.’

The 28-year-old has previously been the editor of the University of Sydney’s student newspaper Honi Soit.

The statue depicts the British explorer whose voyage to Australia in 1770 mapped the country’s east coast ahead of the arrival of the First Fleet in 1788. 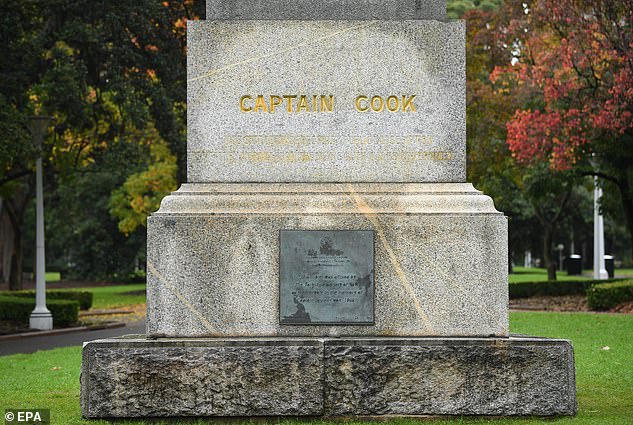 It comes as Victorian police investigate the defacing of the statues of two Liberal Prime Ministers in Ballarat.

The statues of Tony Abbott and John Howard were sprayed with red paint on Saturday morning.

They have since been covered and fenced off and a conservator will assess the damage on Monday.

A Captain James Stirling statue in Perth was also defaced on Friday and a 30-year-old man was charged with criminal damage or destruction of property.

The statue’s neck and hands were painted red and an Aboriginal flag was painted over the inscription at the base.

Historical monuments across the world have been toppled over the past two weeks as Black Lives Matter protesters marched through the streets following the death of African American man George Floyd in Minneapolis last month.

In Australia, tens of thousands of people defied public health warnings amid the COVID-19 pandemic and turned out to protest indigenous deaths in custody and to rally in support of the BLM movement. 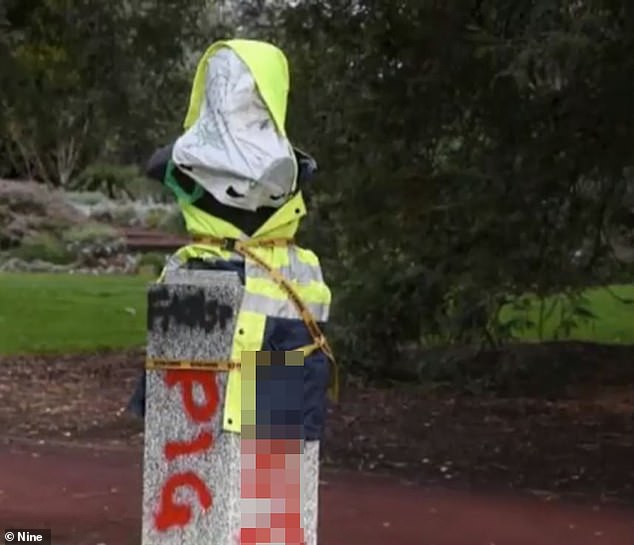 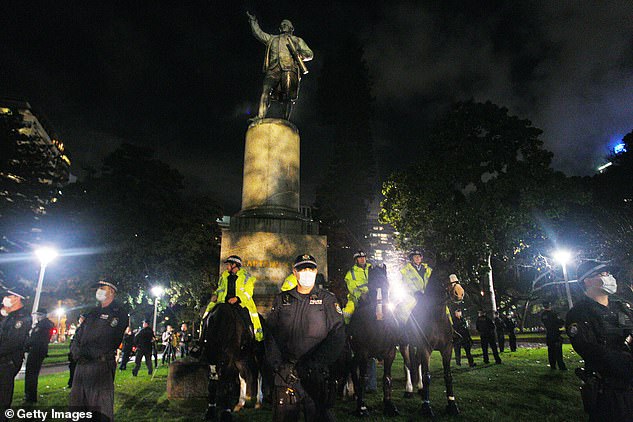 The two women were taken to Day Street police station, where they were charged with destroy or damage property and possession of graffiti implement (New South Wales police stand guard around a statue of Captain Cook in Hyde Park on June 12)