His call comes as the United Nations High Commissioner for Refugees estimates 300,000 ethnic minority Rohingyas have fled Myanmar since a military crackdown began on August 25. 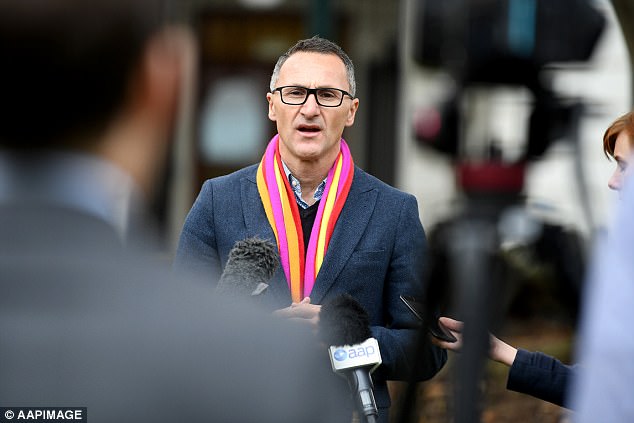 ‘I have written to the prime minister over the crisis in Myanmar and the unprecedented levels of forcible displacement we are seeing,’ he told his 71,700 Facebook followers on Monday.

‘We need 20,000 permanent humanitarian visas for Rohingya refugees this year and $150 million in emergency funding for the UNHCR.’

The $150 million the Greens are requesting well exceeds the $5 million the Australian government has committed so far to the Rohingya humanitarian crisis.

Foreign Minister Julie Bishop has urged Myanmar to show ‘restraint’ and protect civilian life as thousands of Rohingyas flee the country via the western Rakhine state into Bangladesh, a majority Muslim nation. 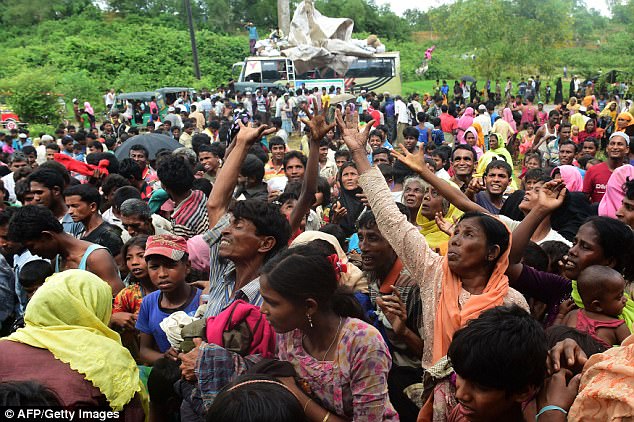 The Muslim Rohingya minority have been fleeing Myanmar for neighbouring Bangladesh 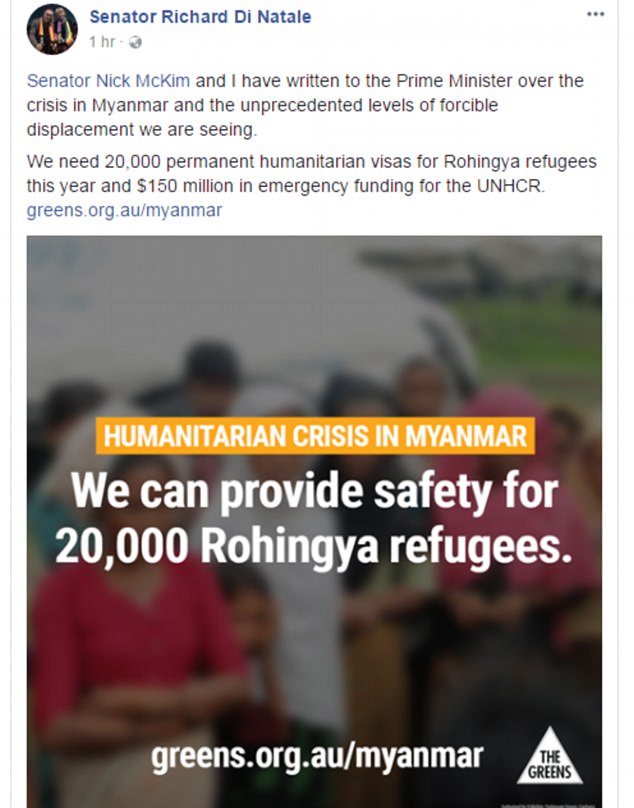 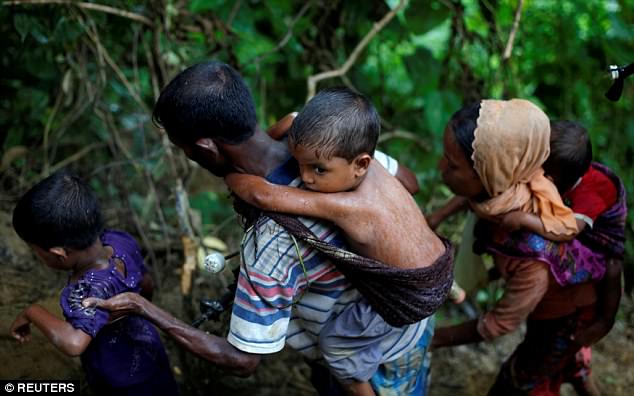 The 57-state Organisation of Islamic Cooperation has condemned Myanmar for ‘systematic brutal acts’ against its Muslim Rohingya minority and asked it to accept international UN monitors, following a summit in Kazakhstan’s capital Astana.

They expressed ‘serious concern about recent systematic brutal acts committed by the armed forces against the Muslim community of Rohingya in Myanmar.’

It urged Myanmar to accept UN monitors to carry out ‘a thorough and independent investigation of all established violations of international human rights.. and bring those responsible to justice’. 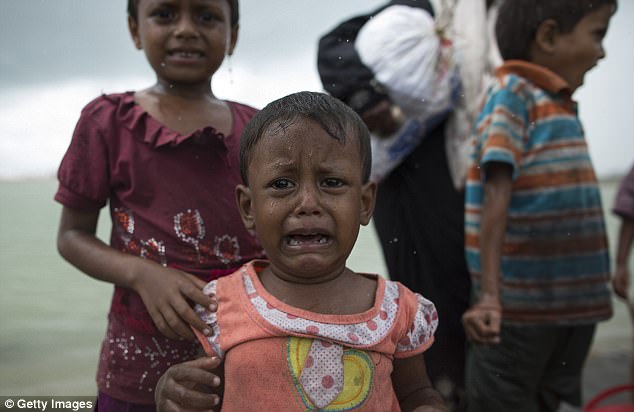 Millions of Muslims around the world are posting Facebook message with the phrase: ‘Stop Killing Muslims in Burma.’

Turkish President Recep Tayyip Erdogan, the existing head of the OIC, has been a vocal critic of Myanmar and its de facto leader Aung San Suu Kyi’s policies against the Rohingya.

The Rohingya are reviled in Myanmar, where the roughly one million-strong community are accused of being illegal immigrants from Bangladesh. 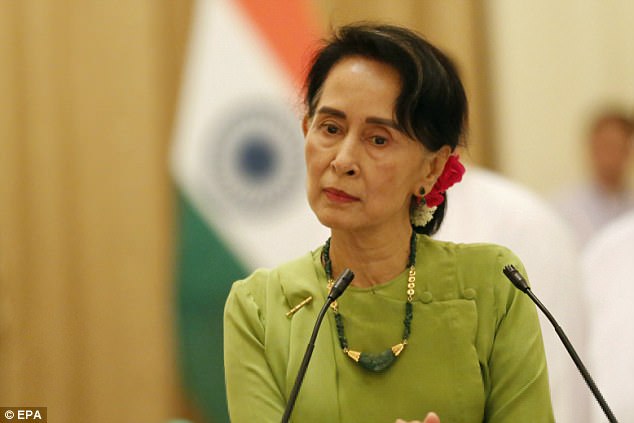 Iranian President Hassan Rouhani and Afghan leader Ashraf Ghani were among the other heads of state who attended the summit hosted by Kazakhstan and the Central Asian country’s veteran autocrat Nursultan Nazarbayev.

The plight of the Rohingya has triggered broad international condemnation of Myanmar and Ms Suu Kyi, a Nobel Peace Prize winner and democracy activist who spent almost two decades under house arrest.