MasterChef host Gregg Wallace has revealed for the first time his secret alcohol problem, saying he used to ‘knock on the door’ of his local pub at 10am to start drinking.

The BBC star, 56, told MailOnline he socialised with a group of local drunks at The White Bear in Clerkenwell, Central London, after being let in by the owner who was ‘still wearing his dressing gown.’

He says his boozing was sparked by his unhappy home life, loneliness and desire to party.

‘I just wanted to drink’: Gregg Wallace has revealed for the first time his secret alcohol problem, saying he used to ‘knock on the door’ of his local pub at 10am to start drinking

Gregg, who has since shed four stone after being told by a doctor he was ‘heading for a heart attack’, said: ‘I just wanted to be out and I just wanted to drink. It was seven days a week.

‘It got so bad at one point the owner of The White Bear in Clerkenwell used to let me in when he was still in his dressing gown.

‘I’d be in there with the window cleaner, who was also a drunk, and a drunken lawyer and we’d start drinking at 10am – then the landlord would open up and we’d just catch up and tell him what we had.’

Gregg says his ‘drink dependency’ was at its peak and most dangerous shortly before he started hosting MasterChef in 2005, around the time of his divorce from second wife Denise. 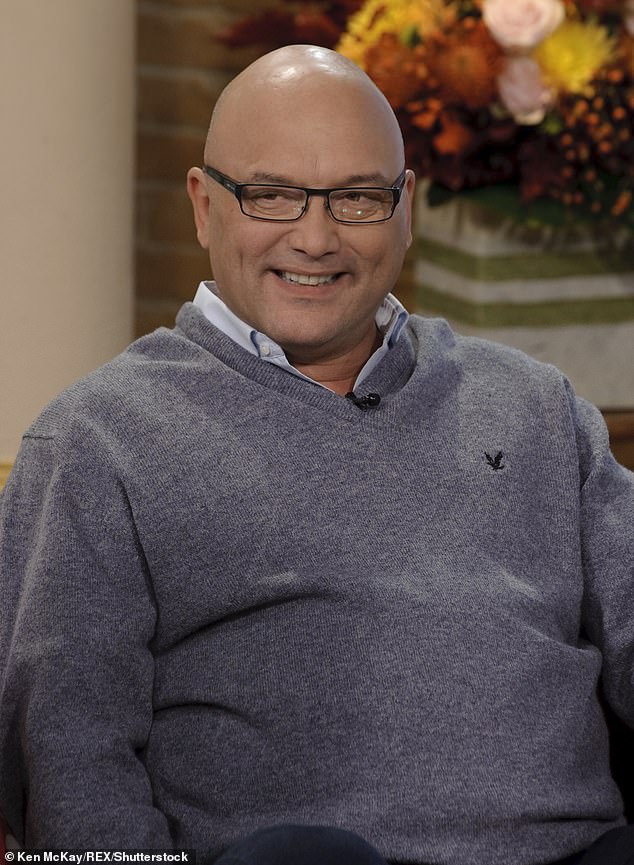 ‘It got so bad’: The star told MailOnline he socialised with a group of local drunks at The White Bear in Central London, after being let in by the owner who was ‘still in his dressing gown’

The former greengrocer’s fruit and veg business was booming which resulted in sociable liquid lunches and dinners with ‘gangs of chefs’, on top of the early morning pub sessions, where he would ‘work on sales.’

Looking back, Gregg admits he wasn’t in a great place mentally as his weight ballooned to 16.5 stone.

He explains: ‘I don’t think the people out there boozing all the time are in a good mental state – I definitely wasn’t. It means you don’t want to go home.

‘I’d start at 10 in the morning then have a big lunch with a few more drinks, have a couple in the afternoon followed by a big dinner. 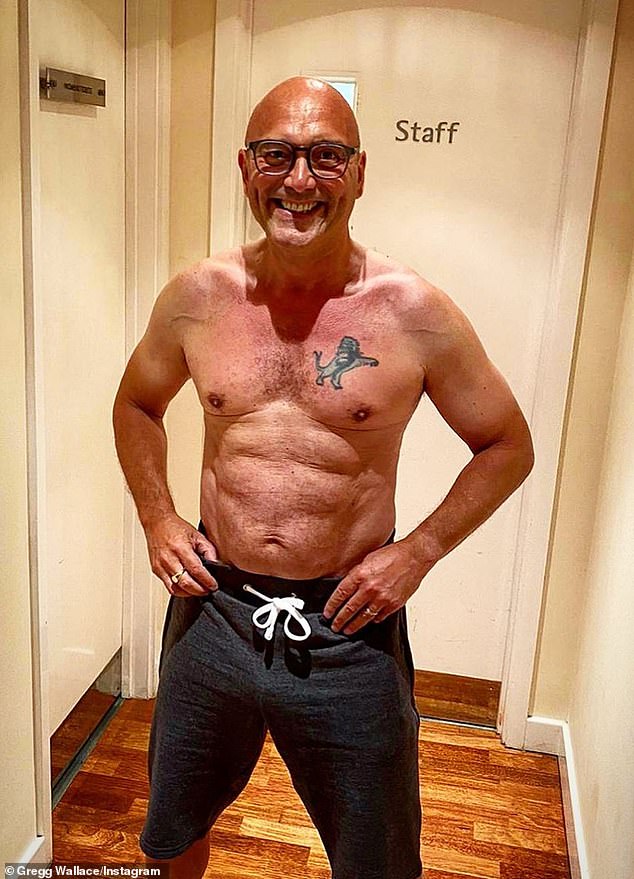 Reformed: Gregg has since shed four stone after being told by a doctor he was ‘heading for a heart attack’ following his battle with booze that was at its peak in 2005

‘At the weekends, I used to call my sofa the Betty Ford Clinic. It was drink dependency, I just didn’t realise. It all seemed like fun.

‘It might have also been loneliness and a desire to just party and go out all the time. The idea of being at home wasn’t great.’

Following his split from Denise in 2004, he lived alone in a flat in Clerkenwell but continued to drink.

Gregg says: ‘At the point I was doing MasterChef, it had eased off by then, I’d overcome the worst – but I was still drinking quite heavily four or five nights a week. 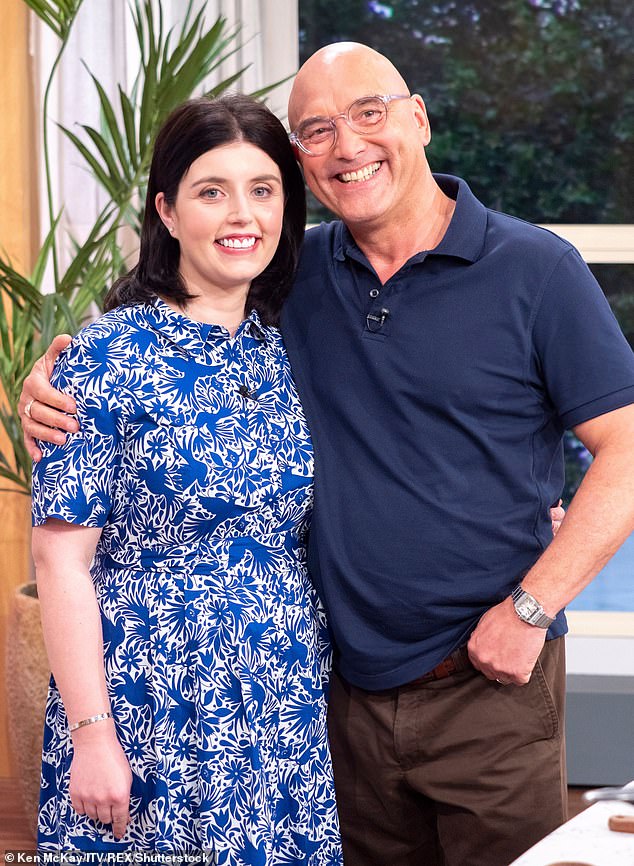 ‘Anna made an enormous difference’: Gregg said his wife Anna educated him on how to drink without getting drunk and played a fundamental role in getting his habits under control

‘I’d finish MasterChef, I’d rented a flat in Clerkenwell, and go to another pub, an old fashion blokes’ pub which showed football, have a few drinks there and then go off for dinner and home every night drunk.’

Following his split from Denise, the mother of his two eldest children Tom, 26, and Libby, 23, Gregg’s third wife Heidi, who he divorced in 2011 after just 15 months of marriage, warned him he was ‘drinking too much.’

But it was fourth wife Anna, the mother of his one-year-old son Sid, who educated him how to drink alcohol without getting drunk.

The brunette, 21 years his junior and from Italian heritage, helped set up his fitness programme ShowMe.Fit. 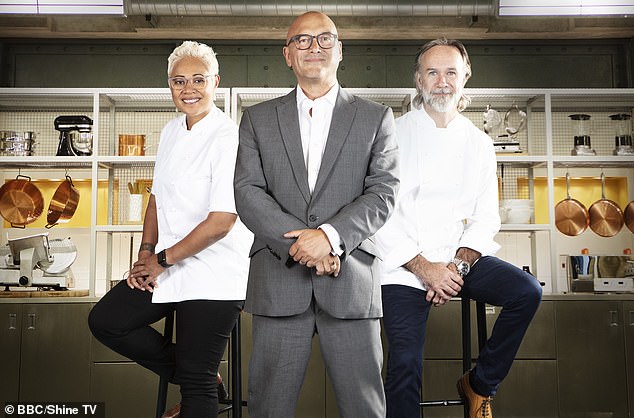 Tough: The TV star said while he was doing MasterChef he had overcome the ‘worst’ but was still drinking quite heavily four or five nights a week (pictured for MasterChef in March 2020)

‘She said to me “I’m just asking, not nagging you, but do you know when you’re going to stop when drinking?” I was like, “No, am I supposed to?”

‘I asked her the same question and she said “I know what effect I want from alcohol, so I know when to stop.”‘

She taught me the second drink is normally when you feel the most euphoria and if you carry on drinking from there, you don’t prolong the feeling, you go somewhere else. That’s what I learned.

‘It’s very much the Italian perspective on alcohol.’ 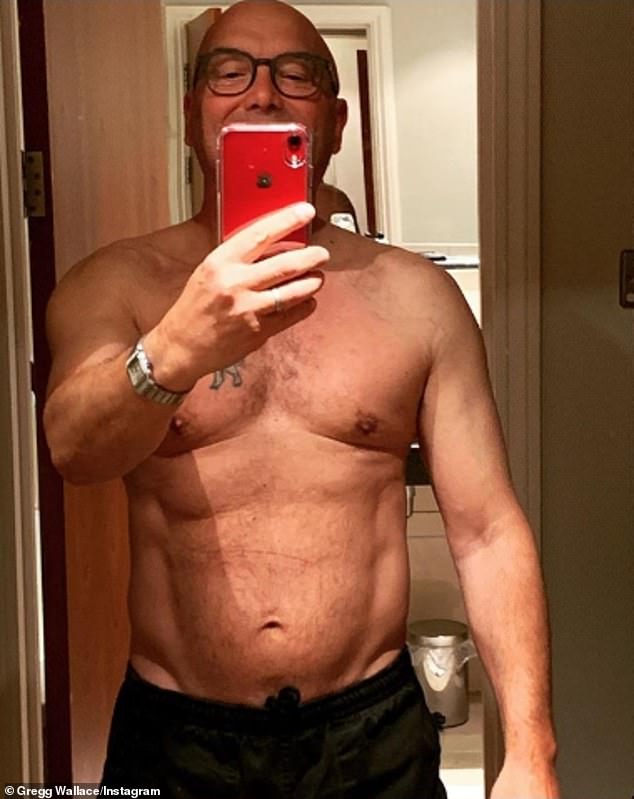 ‘The feeling you get from being fit is fantastic’: Gregg still enjoys the odd pint but he’s now more likely to be seen in a gym than a pub after shifting four stone as part of his health drive

Although Gregg still enjoys the odd pint, he’s now more likely to be seen in a gym than a pub after shifting four stone as part of his health drive triggered by his doctor warning him about his dangerously high cholesterol.

Indeed, he’s so into fitness Gregg has even developed a passion for yoga which he says is ‘more relaxing than a pint of beer or a gin and tonic.’

He’s now hoping to inspire people of similar age that it’s not too late to get into shape and even have a six-pack, which he’s been showing off on social media.

Speaking about the effects of healthy living, Gregg says: ‘I really want to help people because it seems to be there’s this mental block and people think in order to lose weight you have to give up things in your life that are good – and that just isn’t true.

‘They feel like they’ve got to turn themselves into a monk. Also the feeling you get from being well, fit and strong is just fantastic.’