Gregor Gniewosz makes up to $6,000 a month using Car Next Door in Melbourne

Aussie whose company shut thanks to COVID-19 reveals how he rakes in $6,000 a month WITHOUT going to work or even leaving his house

A Melbourne man considered selling his house after losing his business due to COVID-19 before discovering he could make up to $6,000 a month by renting out his car.

Gregor Gniewosz, 43, began using the car sharing service, Car Next Door, after he was forced to close his disability transport business amid the outbreak of the virus.

Car Next Door allows people to rent other drivers’ cars for an hour or a full day at a time, paying for fuel and travel time.

Mr Gniewosz found that within his first month of using the service he earned a staggering $1,500 – without leaving the house.

Gregor Gniewosz (pictured) now making up to $6,000 a month using the car share service Car Next Door after losing his job due to the coronavirus pandemic

The 43-year-old had five cars he used for his previous business, Wheelie Good TransSupport, and decided to rent them all out.

The company provided transport for people with disabilities who were unable to get around in their communities.

But due to the pandemic the business was unable to take on new clients and eventually had to stop operating.

Mr Gniewosz was also unable to use the JobKeeper handout as his company had only launched in January.

‘Right now I’m covering all my expenses including my mortgage with the five cars I have on the platform,’ he told News.com.au.

Mr Gniewosz said he had an advantage living in the inner city as many Melburnians didn’t have a car and were reluctant to use public transport amid the pandemic.

His catalogue of vehicles include two Ford Escapes, a Kia Rio, a Mitsubishi Outlander and a Nissan Cube.

Due to the Stage Four lockdown the income Mr Gniewosz is receiving is less than in earlier months as people are now unable to drive longer distances.

But the car enthusiast admitted the money was enough to keep him afloat while he looks for another job.

‘I had actually started looking into selling my house to stop the stress but then I realised I could make (the cars) go to work for me,’ he said.

‘It means I don’t have to worry about things for a little while, although I am looking for a job.’ 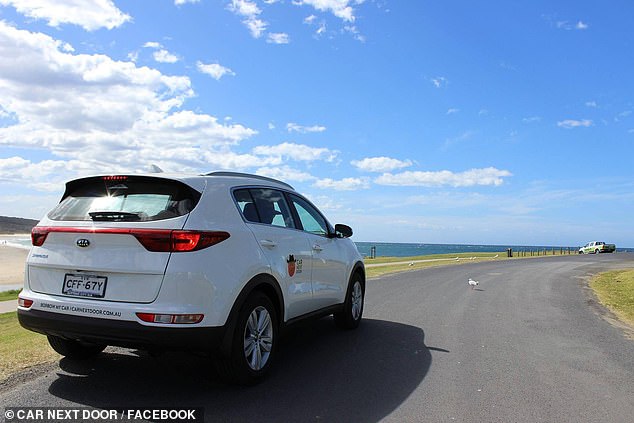