Current testing methods for building materials are ‘utterly inadequate’ and in need of ‘urgent review’, experts have warned.

In the wake of the devastating Grenfell Tower fire which ripped through a London high-rise block claiming 71 lives, experts have now found that real-life fires could burn 100C hotter than those simulated in cladding safety tests.

This comes after a previous investigation on a door from Grenfell Tower discovered it could only withstand a blaze for 15 minutes – not the 30 for which it was designed.

These images issued by the Association of British Insurers showing two fire tests, one (right) where there is a void established as might exist with cladding, and one (left) with a fire started at the bottom of an open faced column. The no cavity image, left, shows the fire dying out by itself

The Fire Protection Association has warned current testing methods for building materials are not reproducing actual conditions and are in need of ‘urgent review’.

Experiments comparing test conditions with more realistic ones found that building fires could burn at least 100C hotter, spread faster and last longer than those in safety checks.

In one study the flames were still increasing when they had to be extinguished because they had exceeded lab safety conditions.

Jonathan O’Neill, managing director of the Fire Protection Association, said: ‘The results of this important research confirm long-held concerns by many in the fire sector that the current cladding test standard requires urgent review to ensure that systems that pass are reflective of the systems that are installed and of the risks to which they are exposed.

‘We urge BSI (British Standards Institution) to urgently reconvene the group responsible for this standard to consider the results of this research and to make changes to the standard as required.’ 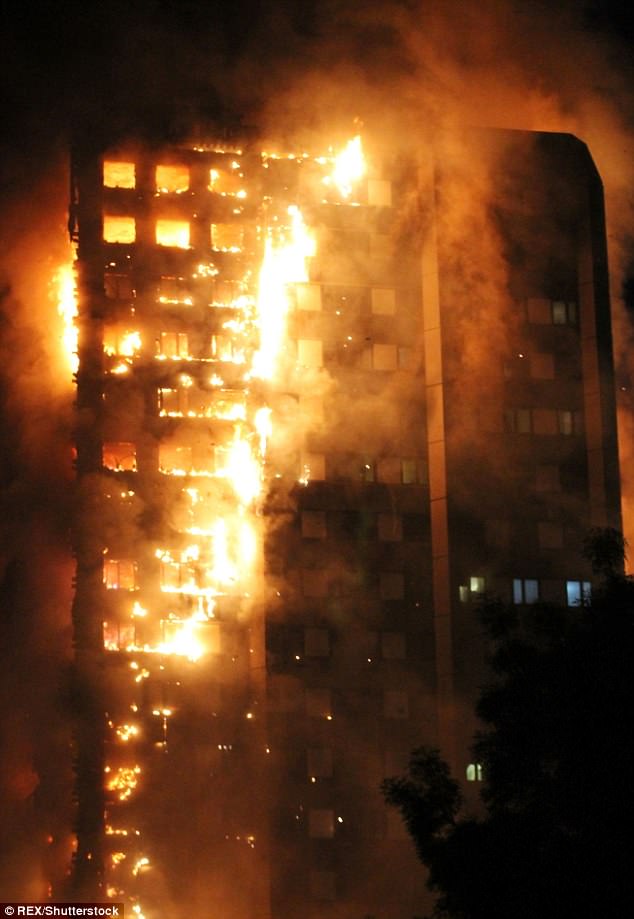 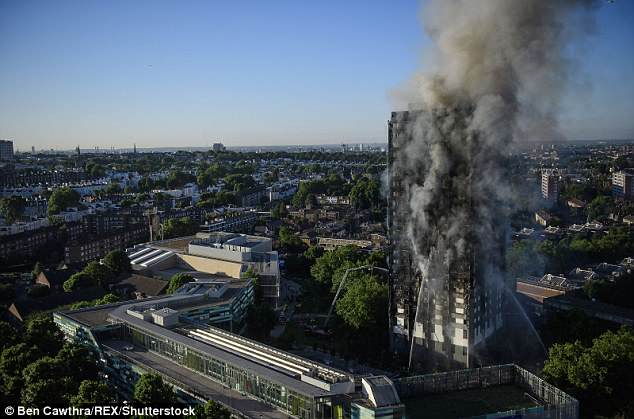 The research found that factors overlooked in testing included: 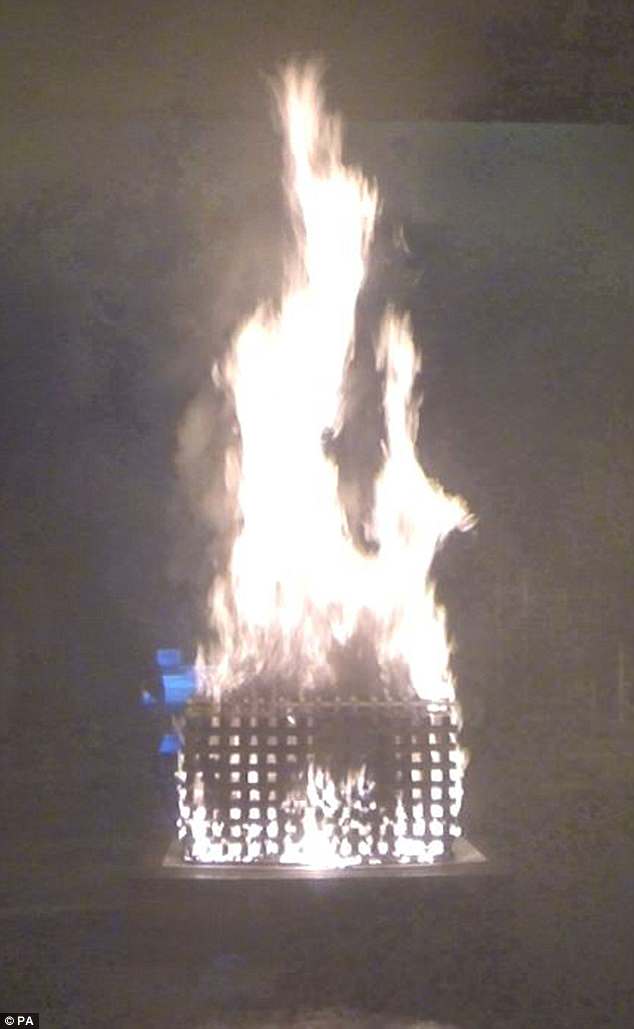 The research, commissioned by the Association of British Insurers (ABI), has been provided to the Dame Judith Hackitt review into building regulations and fire safety, established in the wake of the Grenfell blaze.

‘This latest research is yet more evidence that fundamental reform is needed to keep our homes and commercial premises safe from fire.

‘It is a matter of urgency that we create the right testing regime that properly replicates real-world conditions and keeps pace with building innovation and modern design.’