A devastated mother has told how her only son’s sudden suicide at the age of 21 left her with post-traumatic stress disorder and forced to take early retirement.

Pippa Travis’ son Henry took his own life in 2016 at the age of 21 – just five days after he was sectioned overnight under the Mental Health Act – unbeknownst to his parents – by police who had found him at a suicide spot in Ipswich.

Pippa, who appeared on This Morning on Wednesday, said of the moment a police officer turned up on her doorstep to tell her of the tragic news: ‘I felt like I died there and then on the spot.

‘I lost my only son. He was my world. I lived for him. I feel I died on the day he died. I’ve had to try and rebuild my life.’

The grieving mother, from Ipswich, appeared on the show to talk about mental health issues and support the show’s Project 84 campaign, which highlights male suicide statistics.

Pippa said she’s battled depression in the wake of the tragedy and has been forced to stop working.

Pippa Travis’ only son, Henry, took his own life in 2016 at the age of 21 just five days after he had been sectioned overnight by the Mental Health Act 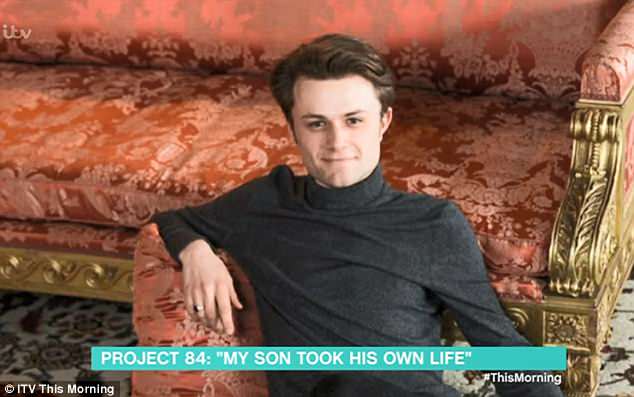 Henry took his life just five days after he was sectioned overnight by the Mental Health Act, something which his parents weren’t aware of

The photography student, who was living in London, had returned home from his studies to celebrate his birthday with his mother two years ago.

After his mother dropped Henry off at the station to he walked to Orwell Bridge, a known suicide spot just outside of Ipswich station, where he was stopped by police and detained under the Mental Health Act.

He was assessed by two psychiatrists at Norfolk and Suffolk NHS Foundation Trust, kept overnight and later released to make his way back to London – but his parents were told nothing about the incident due to patient confidentiality.

Pippa, who says she doubts Henry’s capacity to make the decision about keeping his parents in the dark, wants to see a change to the legislation around patient confidentiality – and says decisions in cases like her son’s should be ‘at the clinician’s discretion’.

‘We found out afterwards he had actively been researching how to take his own life on the internet,’ she said.

‘He told the clinicians that is what he had been doing. I’m not wishing to pin the blame on anybody, but I think there has to be some changes with legislation in regards to patient confidentiality.

Pippa explained that Henry was a gifted student, and that art had ‘proved to be his forte’.

However, she believed he had become ‘disillusioned’ with London and the fashion world, in which he was attempting to make his way as a photographer.

‘Henry was a very genuine soul, he was very sensitive and he was very kindhearted and I think he was very disillusioned with what he thought was going to be the way forward for him,’ she said.

‘He was trying to concentrate on his studies. The pressure that these young people are under… the clock was permanently racing for him.’ 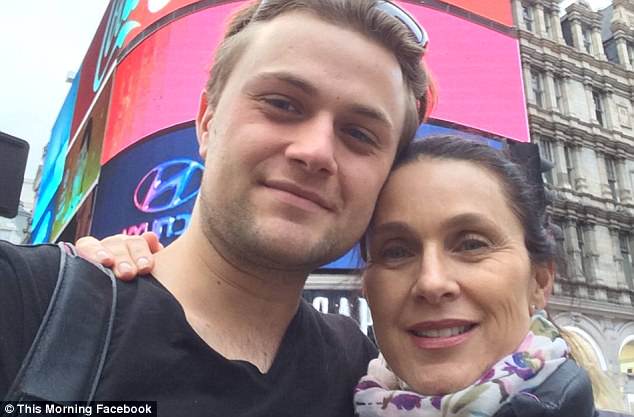 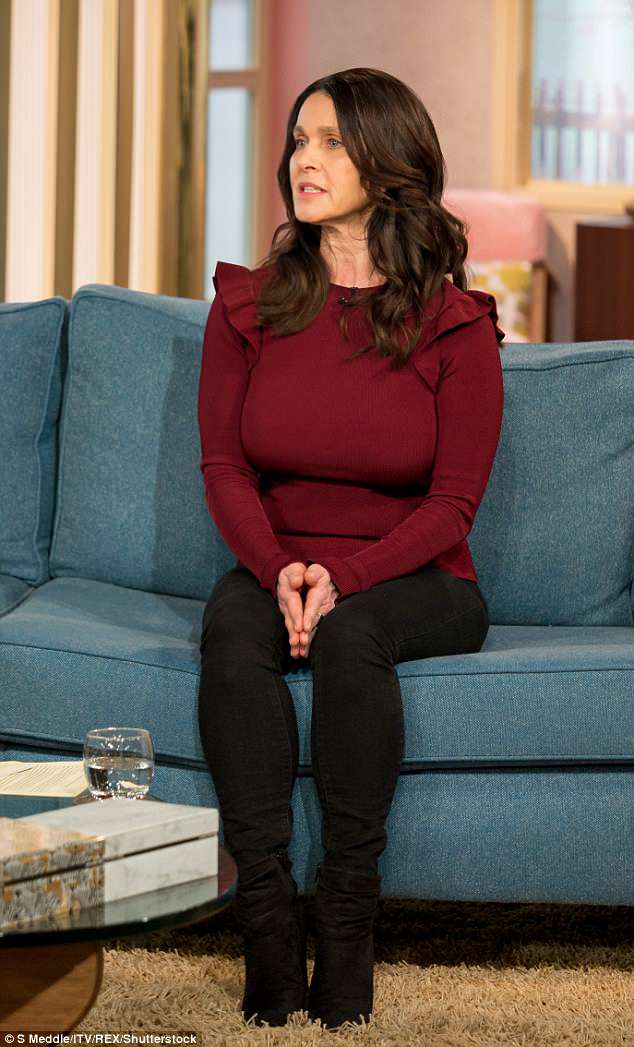 When he came home to celebrate his 21st birthday, Pippa admitted she was worried about his mood.

‘I could tell he was not his normal self. He didn’t seem excited about his birthday at all. He promised me he would go and see his GP,’ she said.

‘I noticed he was tired. He said he hadn’t been sleeping too well. He thought he was falling behind with his studies. I said, “Look I think you need to get some professional help”.

Henry had contacted his GP which his doctor later confirmed to his parents, saying that she had seen him in London on May 16 and was so concerned about him that she had prescribed him some medication and contacted an emergency mental health crisis team in London – but she did not get an immediate response.

Henry, who was believed to have taken his life in the early hours of May 17, had also tried to email his tutors, leaving a voicemail for one of them, but had not spoken to them.

‘[Dropping him at the station] was the last time I saw him,’ his mother said on the show on Wednesday.

‘We spoke a few times on the phone. He still seemed very down-hearted. So much so I spoke to his step-mother about it. They [his father and step-mother] were visiting him in London. I said, ‘Please will you talk to him? I feel like he’s a little bit depressed’.’ 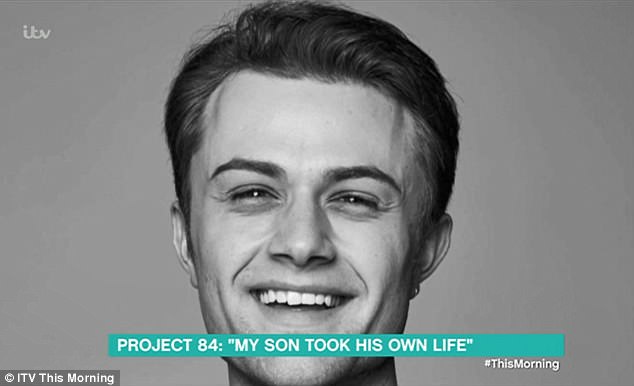 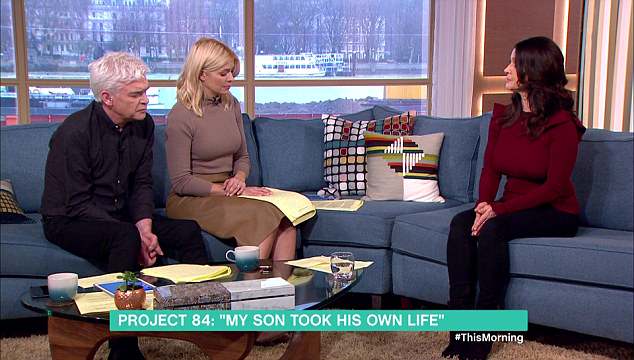 Henry’s father Stuart Curtis, 53, had visited his son with his partner Teresa Dear. They both believe that Henry was failed by the patient confidentiality legislation.

He said previously: ‘It is just so galling that we were not told anything about the severity of his mental health condition while he was still alive when we could have helped.

‘They all knew that my son had been found on Orwell Bridge and had seen two Consultant Psychiatrists and then a GP in London.

‘These so called professionals should have told us, so we could have looked after him. Instead a policeman came to his mother’s door and told her, ‘Your son is dead’.

Director of Operations for Suffolk at NSFT, Alison Armstrong said following Henry’s death in 2016: ‘I am very sorry to hear about the sad loss of this young man.

‘I cannot comment on individual cases but if there is anything I can do to support family or friends please do get in touch.’

A Suffolk Police spokesman added: ‘If we get a scenario like this, we would simply detain the person.

‘Ultimately it is a mental health issue and we would put the person into the care of health services. If a person was under 18, we would probably have had more involvement.’

For confidential support call the Samaritans on 116123 or visit a local Samaritans branch, see https://www.samaritans.org/ for details.