A heartbroken husband who has been battling Covid-19 in hospital is about to be released from intensive care, but now has the grim task of telling his young children their beloved mother is not coming home.

Sako Isaako’s wife Ianeta, 30, became the youngest woman in New South Wales to die from coronavirus after she collapsed at her home in Emerton, Sydney’s west on Monday.

The beloved mum had tested positive to the virus only a few days earlier, but her health rapidly deteriorated.

Sako Isaako has the grim task of telling his children – AJ, Deon and Mia – their mother Ianeta, 30, has died of Covid-19

Struggling to breathe and ‘very sick’, she collapsed in front of Mr Isaako and their children, forcing him to made a desperate Triple-0 call to paramedics.

Grief-stricken and distraught Mr Isaako has just emerged from the ICU at the Nepean Hospital on Thursday after also contracting the virus.

Their children – AJ, Deon and Mia – who remain sheltered from the news of their mother’s tragic death, have not tested positive for Covid and are in the care of their grandparents and aunt.

A cousin of Mr Isaako said he’s lying in the hospital bed with ‘his phone on his chest’ texting family asking how the children are.

‘As soon as there’s a message about the children he texts back because he has difficulty breathing and speaking,’ the family member told the Daily Telegraph.

‘Sako has made progress and was very sick at one stage but was determined to get better for his children – he didn’t want to leave them orphaned.

‘The children don’t know yet what’s happened to their mum yet. Sako will tell them when he comes out. He’s heartbroken.’

The devastated family say they hope her tragic death will convince some anti-vaxx relatives to get the jab.

Ms Isaako was not against vaccination – but it’s understood some members of her extended family dressed in t-shirts with anti-vaccine slogans and joined the massive crowd that marched through Sydney’s CBD on July 24.

‘She wasn’t at the protest, she did not support anti-vaxxers,’ one relative told The Daily Telegraph.

‘We understand that there are some people in our circle who are against it, but we have health workers in our family too and we’ve been encouraging everyone to get vaccinated.’

They added they hoped Ms Isaako’s death would be a wake up call for some to reconsider their views. 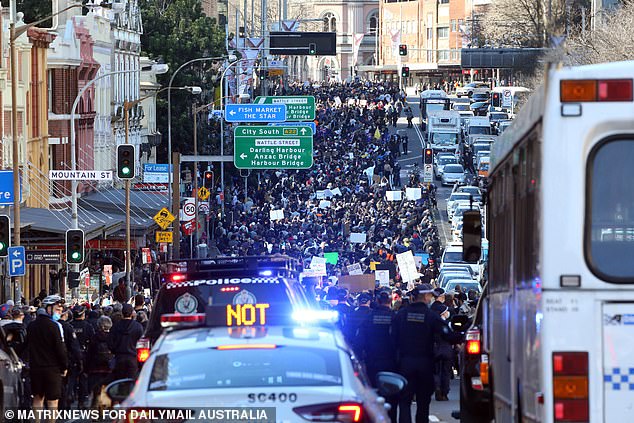 ‘Please do not delay care because we do not want to see consequences from delayed care,’ Dr Chant said.

Health officials added that anyone who has a positive Covid test and feels breathless or dizzy should call an ambulance immediately, as it is one of the warning signs that the body is struggling to fight the virus.

‘Suko has the biggest heart and loves his family, his three children are everything… He says he will fight the virus… for them,’ a close relative said, adding he was too sick to respond to wellwishers.

Ms Isaako would frequently be on the sidelines for AJ and Deon’s rugby games and Penrith RSL Junior Rugby Club shared their condolences on Facebook. 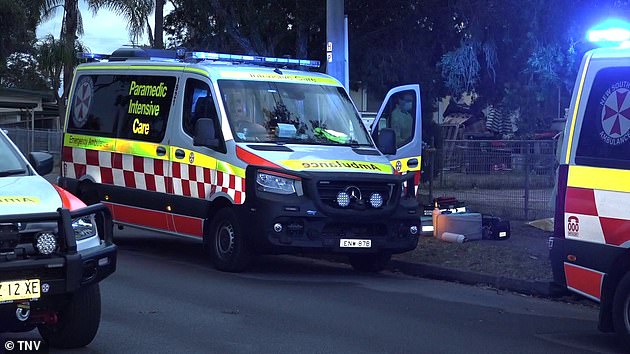 Police were called to the family’s home on Helena Avenue in Emerton around 3pm on Monday, following reports the mother was found unresponsive (pictured, ambulances outside the house)

‘Our hearts are breaking and our thoughts are with your beautiful children, loving husband and wider family,’ the footy club said.

Her sister Lisa Baker said she was a cornerstone of her large family – who were now relying on each other for support.

‘All at the CFMEU are rocked by the news and we extend our sincerest condolences to Mr Isaako, his family and friends,’ the union wrote.

A GoFundMe page setup on Wednesday has raised almost $50,000 in a matter of days.

‘Ianeta, I will always remember you as a kind and happy person. Sending love to you and your family,’ another said. 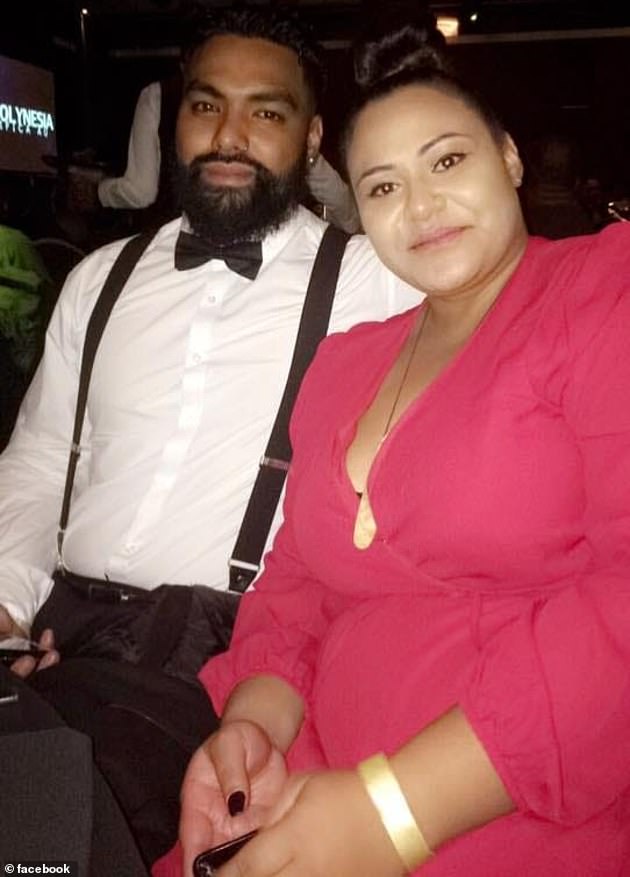 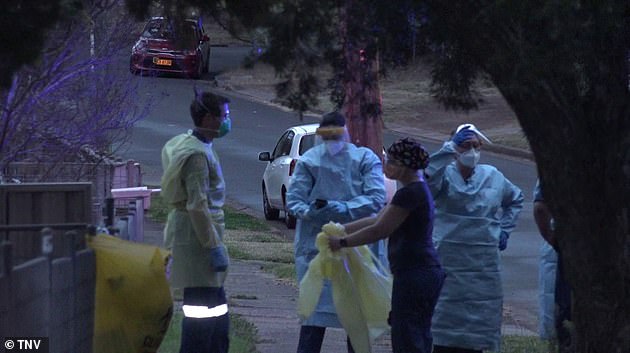 NSW Health said the mother-of-three, 30, died of Covid-19 at her home in Emerton in Sydney’s western suburbs (pictured, PPE-clad emergency workers at the scene)

NSW Police said officers were called to a property on Helena Avenue in Emerton, Blacktown, at about 3pm on Monday, following reports a woman was found unresponsive.

‘Sadly, NSW Health has been notified of the death of a person who had Covid-19,’ a spokesperson said at the time.

Neighbours said they would often see the family in the street.

‘There was a few of them in there, I think they might have lived next to their grandparents,’ one neighbour said.

‘They were a nice young family, you’d always see them playing out the front with their kids… very sad… she was in her 30s I think, it’s way too young.’

Sydney’s outbreak, which swelled by a record 1,029 cases on Thursday, is seeing more and more young people infected and even hospitalised. 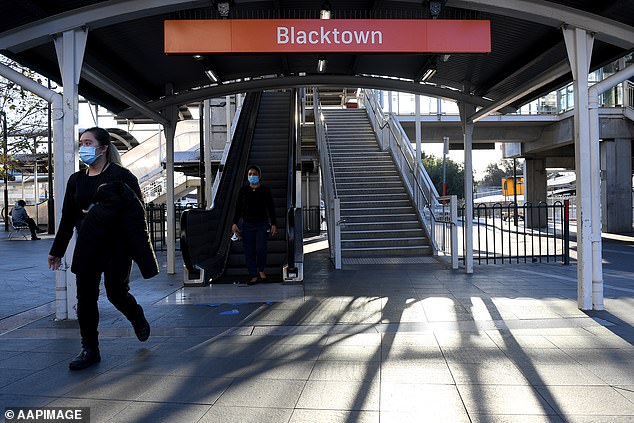 ‘Till we meet again my dear sister. Our babies are safe sissy. I love and miss you so much,’ another relative said.

‘Thank you to all our family and friends who have reached out, this was our final goodbye to our sweet Ianeta, ohh too soon … way too soon,’ a relative wrote.

‘My heart is broken,’ another simply said.

‘I know there is nothing in this world matters anymore, when death takes the most beautiful part of your heart. I want you to think of what she would’ve wanted you to do,’ another added.

Her death comes as brave young Sydneysiders fighting the virus in hospital made a similar desperate plea for the nation to get vaccinated.