Grimes gave fans their first look at her upcoming judging gig on the singing competition series Alter Ego, which is set to premiere on Fox sometime in the fall.

In the Instagram snap, the 33-year-old musician was seen throwing up a peace sign as she posed with fellow judges will.i.am, Alanis Morissette, Nick Lachey and host Rosci Diaz.

‘We’re on the search for the next digital popstar! Haha this show is Gna be insane,’ captioned the Violence hitmaker.

Grimes did note, however, that she had let her emotions get to her during portions of the competition, which had been captured ‘on reality TV.’

‘also #1 rule don’t cry on reality tv and I already cried twice regrettably so, tune in for chaos,’ she concluded the post.

Grimes was dressed in a vibrantly patterned dark gray jacket while enjoying her time with her collaborators for the program.

Her bright pink locks remained tied up in two sizable buns at the back of her head, although much of it spilled onto her shoulders and chest. 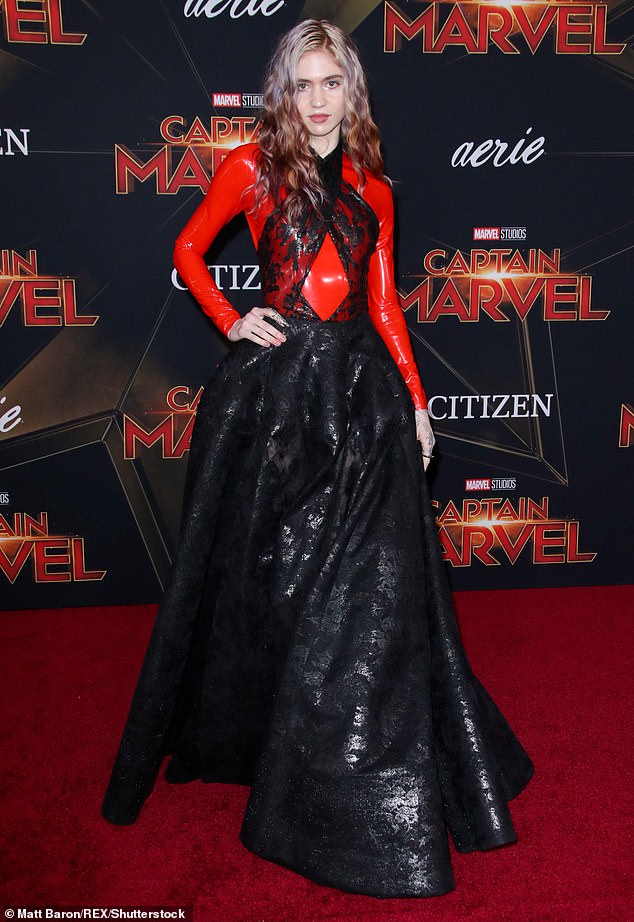 Searching: ‘We’re on the search for the next digital popstar! Haha this show is Gna be insane,’ captioned the Violence hitmaker; Grimes pictured in 2019

The singer, born Claire Elise Boucher, sported a stylish pair of transparent sunglasses that gave her outfit an element of ghostly style.

She accessorized with several articles of jewelry worn primarily on her left hand and ear.

Alter Ego will feature amateur singers coming together to realize their dreams of becoming superstars in the music industry. 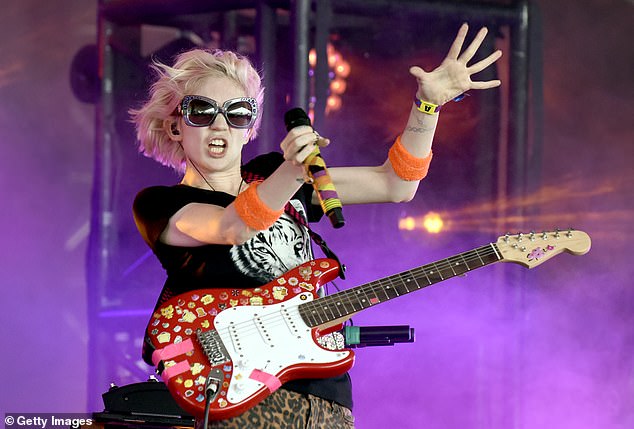 Serious reaction: The songwriter also pointed out that she had ‘already cried twice’ while working on the program; she is seen at the Hangout Music Festival in 2016

The show’s contestants will perform through their customized digital avatars in an effort to win over the affection of the program’s judges.

Will.i.am, Lachey and Diaz are no strangers to network television, as they have all been involved with various programs in the past.

Grimes and Morissette will be making their respective debuts as competition show judges on the series. 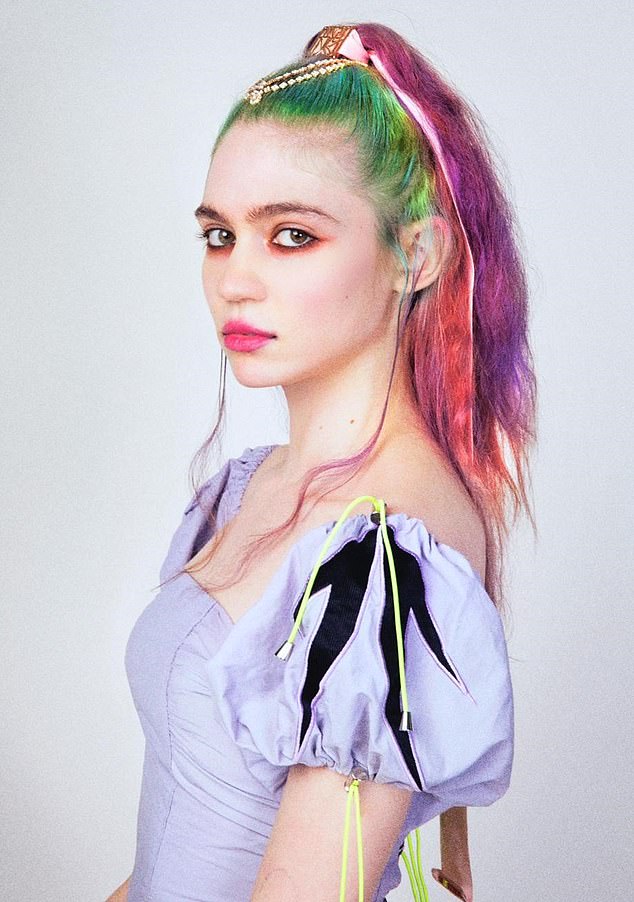 First time: Grimes and Morissette will be making their respective debuts as television judges on Alter Ego 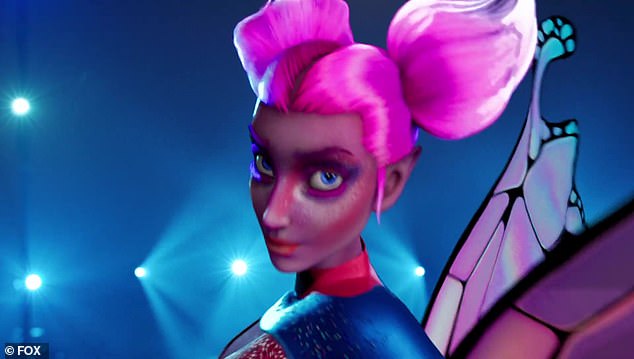 Concept: Amateur singers will be brought together to perform through their virtual avatars on the upcoming singing competition series

Fox Entertainment’s President of Alternative Entertainment and Specials, Rob Wade, gave a statement via Deadline to elaborate on the program’s potential for bringing new concepts to a widely popular format.

The executive noted that the show ‘merges talent and technology to revolutionize the singing competition show in only a way Fox can do.’

Wade also expressed that the series’s hosts would likely prove to be highly supportive of the program’s contestants and that their expertise would be invaluable. 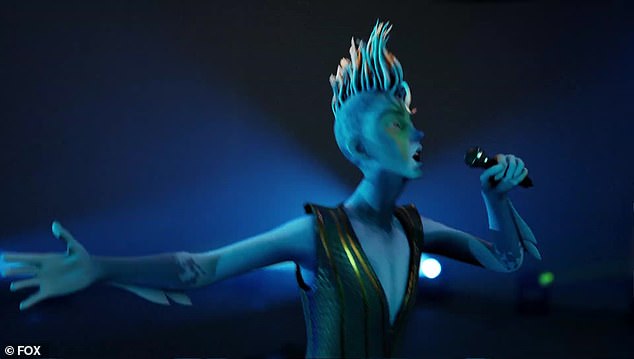 ‘We are so excited to bring the fantastic Will.i.am, Alanis, Grimes, Nick and Rocsi together as they search for the next big singing star, allowing incredible vocalists a chance to realize their dreams and perform like never before,’ he said.

On Friday, a teaser trailer for the program made its debut on The Masked Singer’s official YouTube channel to give the public a look at the show’s planned format.

Alter Ego is currently set to premiere in the near future at an unspecified date this coming fall. 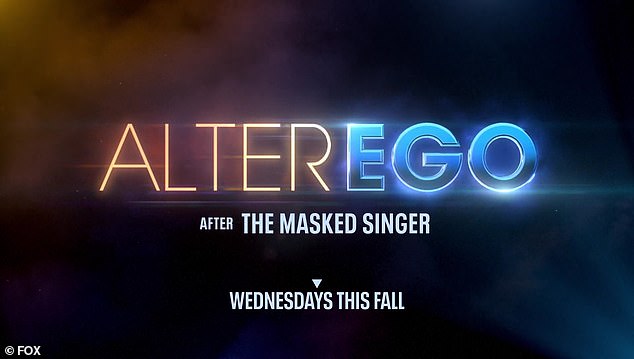 Coming soon: Alter Ego is set to make its wide debut on Fox this coming fall