A man has been jailed for two years for contaminating food with semen.

Anthony Garcia admitted adding a sample of the bodily fluid to a sample of yoghurt while working at a grocery story in Albuquerque, New Mexico.

He then approached a female customer and offered her a sample of the yogurt.

According to the court, the customer accepted the sample, tasted it, immediately spat it, and asked to speak to the store’s manager.

Garcia then threw the yogurt sample into the store’s trash compactor.

The 32-year-old admitted to charged of adulterating food and making false statements during a criminal investigation.

He admitting lying to investigators by telling them he didn’t know that the spoon he put into the yoghurt contain semen.

Along with the jail term Garcia will be on supervised release for three years after completing his sentence.

He was also ordered to pay restitution to the victim of his criminal conduct.

According to court filings, the investigation revealed that Garcia targeted at least four other women in a similar way.

In imposing sentence, the judge described Garcia’s conduct as ‘heinous’. 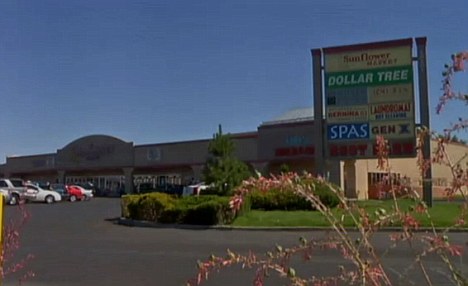 US Attorney Gonzales said: ‘This conduct at issue in this case is not a joke, and it is not funny. It is criminal, and the sentence imposed on Garcia should serve as a warning to those who deliberately adulterate food for the purpose of causing harm to innocent consumers, or as malicious pranks, or for deviant sexual gratification.

‘My Office will continue to work with the FDA to vigorously investigate and prosecute this type of criminal conduct.’

Patrick J. Holland, Special Agent in Charge of the FDA’s Office of Criminal Investigations, said: ‘This sentence aptly reflects the seriousness of this crime.’

‘The FDA’s Office of Criminal Investigations will continue to investigate, and bring to justice, those who adulterate food at the expense of unsuspecting consumers. We commend the United States Attorney’s Office for their commitment to this case.’