Zenit St Petersburg stayed on course to reach the Champions League knockout stages after strikes by Artem Dzyuba and Serdar Azmoun along with a Ruben Dias own goal helped them to a 3-1 home win over Benfica in Group G on Wednesday.

The result put Zenit top of the standings on four points from two games, ahead of Lyon on goals scored after the French side beat RB Leipzig 2-0 away – Leipzig have three points and Benfica none.

Dzyuba fired Zenit ahead in the 22nd minute with a clinical finish from 12 metres after Benfica defenders lost possession when they tried to break out of their own half with casual one-touch passing.

Zenit dominated and doubled their lead in the 70th minute when Diaz diverted a Vyacheslav Karavaev effort into his own net with the goal being awarded after a Video Assisted Referee (VAR) check.

Iran forward Serdar Azmoun made it 3-0 with a deft finish from inside the penalty area after another darting break by the home side. 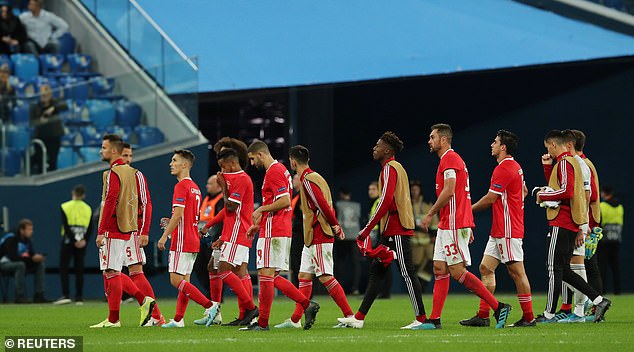 Lyon forwards Memphis Depay and Martin Terrier made the most of dreadful defensive errors to score in a 2-0 Champions League win at RB Leipzig on Wednesday. 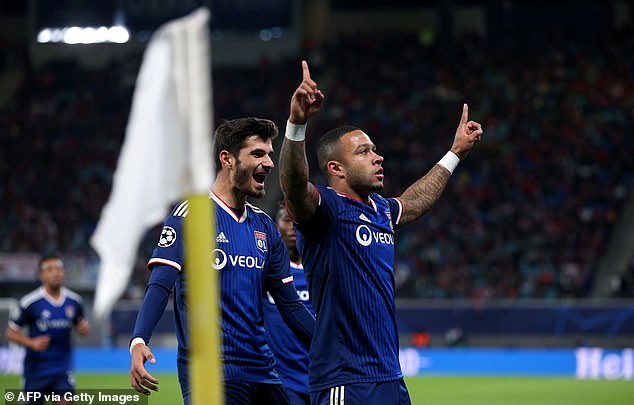 The visitors took the lead in the 11th minute when Leipzig’s Ibrahima Konate gave the ball away cheaply in his own half to Houssem Aouar, and his pass found Depay, who slotted it under keeper Peter Gulacsi.

Leipzig’s Timo Werner provided a constant threat up front but a ludicrous attempt at a stepover on the edge of his own box by Nordi Mukiele gifted the ball to Terrier, and he rounded the keeper to score his side’s second in the 65th minute.

The win puts Lyon second in Group G on four points, behind Zenit St Petersburg, who beat bottom side Benfica 3-1 at home, on goal difference. Leipzig are third on three points.