‘I only fine players for stupid things’: Pep Guardiola insists Phil Foden will face no punishment for red card against Atalanta, but warns teenager he ‘has to learn from these situations’

Manchester City boss Pep Guardiola insisted Phil Foden will learn from the first red card of his career as he revealed he won’t be punishing the 19-year-old for his sending-off against Atalanta.

Foden blotted a great display in City’s 5-1 win by earning a second yellow card late on for pulling back Martin de Roon.

Guardiola protested the decision with the fourth official at full-time but said afterwards that the teenager should view it as part of his education. 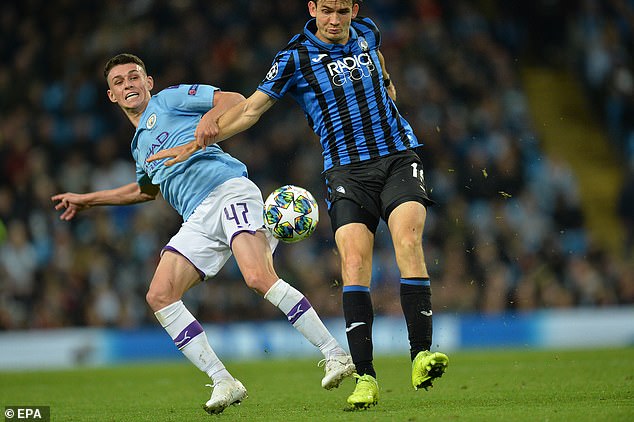 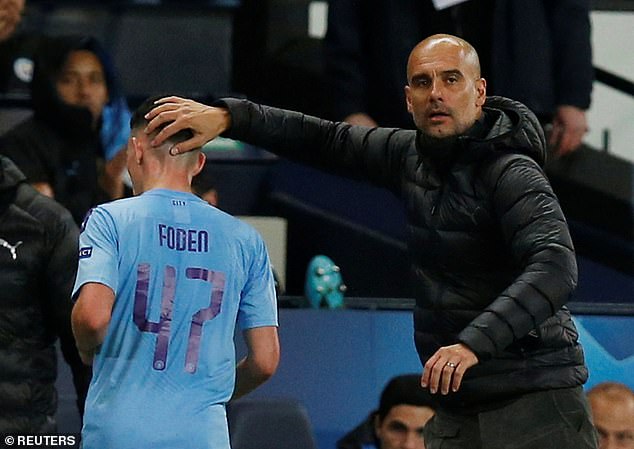 ‘He will learn,’ said the City manager. ‘He will know after one yellow card he has to be a little bit more careful for the second.

‘People say he has to play more minutes and I want to let him. But there are things he is still far away from compared to David Silva and Kevin De Bruyne.

‘He has to learn these situations, with a yellow card, be careful. The word ‘experience’ – it means that.

‘He is not going to get fined. I only fine players for stupid things, not for cards that are part of the game. Maybe I have to pay him for how well he played!’ 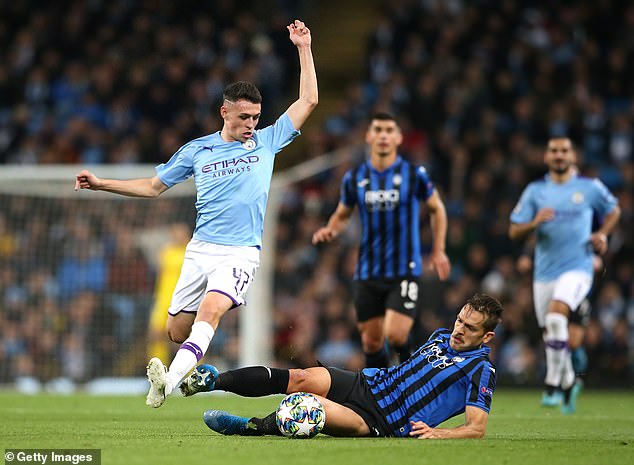 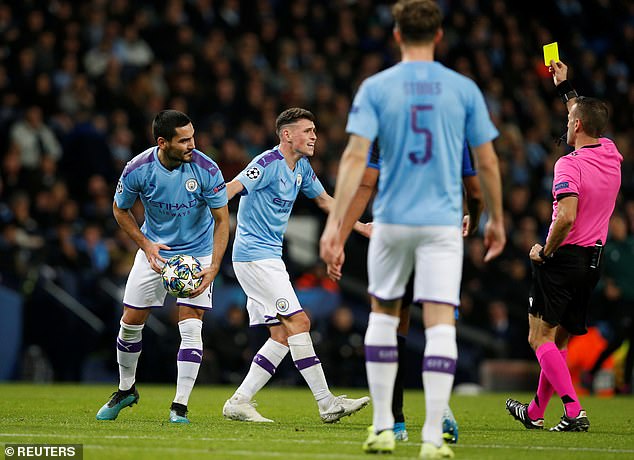 Of his discussion with the fourth official, Guardiola added: ‘He asked me not to say any more otherwise I would get a yellow card and they have the power!’

It was otherwise a good night for City with Raheem Sterling netting a hat-trick and Sergio Aguero adding two as City came from behind to keep their 100 per cent record in the Champions League. Sterling thought City had displayed the ruthlessness Guardiola had called for on the eve of the game.

‘I thought we were clinical today. It was a difficult game but we stayed patient, created chances and took them,’ he said, later tweeting ‘perfect night’ about his first Champions League hat-trick.

Guardiola added: ‘Sterling is an incredible player for us. He is strong, fast. His physicality is incredible. The day after a game, he could play again.’

The City manager was unhappy that John Stones wasn’t immediately ready to replace Rodri, who is a major doubt for Saturday’s game against Aston Villa with a hamstring injury.

The England defender explained about the slight delay: ‘I had them (shin pads) on, I just needed to fix them up properly. Time was of the essence and that is what the manager wanted. 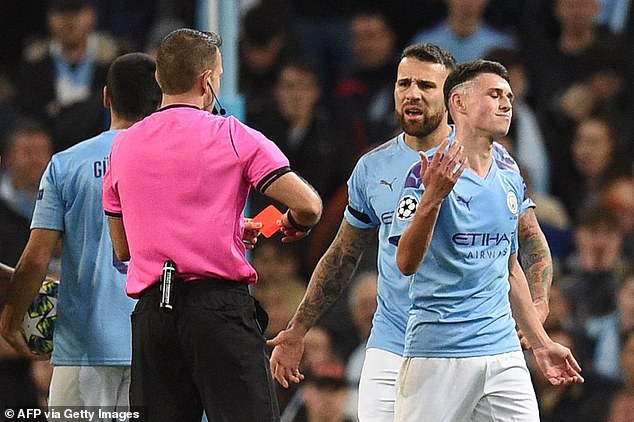 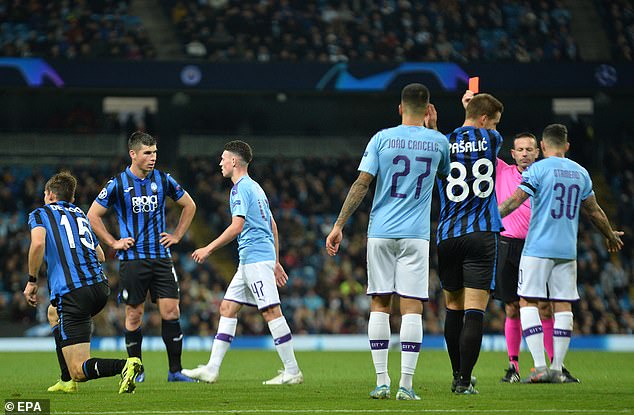