Pep Guardiola revealed he has ‘one eye’ on the Champions League quarter-final against Liverpool ahead of Saturday’s Manchester derby.

Manchester City can seal the Premier League title against rivals Manchester United with victory before attempting the improbable by trying to overturn a three-goal deficit in Europe.

Guardiola had changes in mind earlier in the week, before Wednesday’s chastening defeat at Anfield, and will decide how many to make after training on Friday.

‘We’ll think about the Champions League immediately after Manchester United,’ Guardiola said. ‘We want to create a good rhythm. They (Liverpool) are almost qualified for the semi-finals. It’s almost closed but there is a little bit open. We are going to try.

‘We are going to pick to win, there is no doubt, but there will be one eye on Tuesday. Whatever happens tomorrow we’ll have six more chances.

‘I’m not answering any questions about if we win. I’m focused on the game. The people (City supporters) are going to be correct and hopefully nothing will happen.

‘We have three massive games, with Tottenham too, with three days between the games. We’ll have to see their conditions. We’ll prepare the team to win the game. 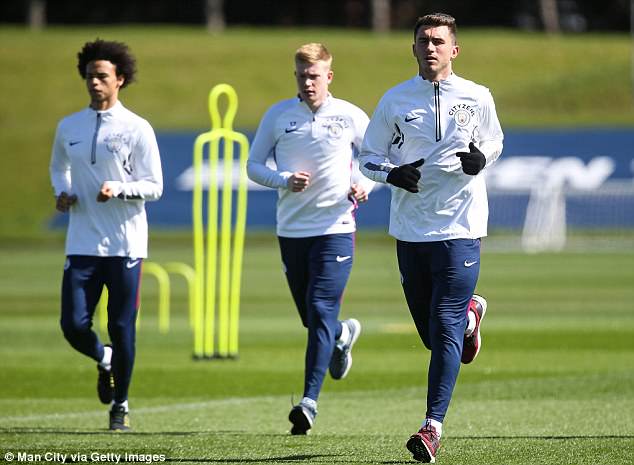 ‘Being in that position, 16 points in front, is so good. It’s almost done. It’s a situation a little bit like Liverpool. It’s a coincidence because it’s a derby but we don’t think about that.’

Sergio Aguero will be assessed on Friday evening before the United game, and Guardiola backed Gabriel Jesus after the Brazilian claimed his performance at Anfield was the worst of his career.

‘Gabriel’s so strong, he knows how we like him and support him,’ Guardiola added. ‘Gabriel is 21 years old, it was his birthday earlier in the week.

‘You have to live these knockout situations to be better players. I don’t agree with him. He played well. The only problem is when he isn’t running or complaining. He wants to learn for his future.’ 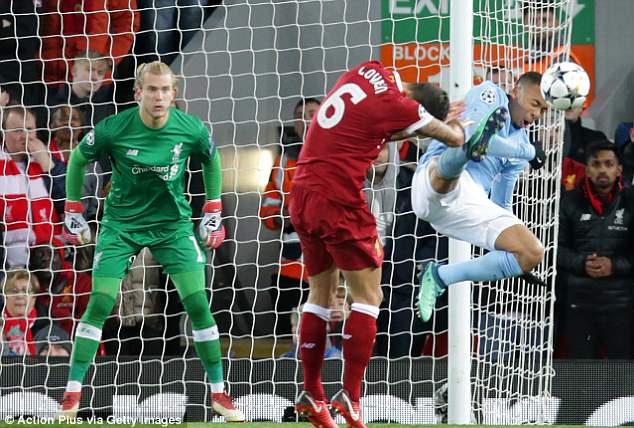