Guatemalan boy, 8, dies in US custody becoming second migrant child to lose their life this month

Guatemalan boy, 8, dies in US custody on Christmas morning – becoming the second migrant child to lose their life in a detention center this month – hours after being diagnosed with a cold and a fever

A migrant boy being held by US officials at a border facility in New Mexico died in the early hours of Christmas morning.

The young boy, 8, is not being named but it  has been revealed he was from Guatemala and that his father accompanied him to the Gerald Champion Regional Medical Center on Monday night.

He was dead just a few hours later, becoming the second migrant child to lose their life while being detained by authorities this month.

A spokesperson for US Customs and Border Protection announced the news on Tuesday afternoon, but revealed no further details at that time.

Tragedy: A young boy, 8, from Guatemala lost his life on Christmas morning after being held by officials in a detention center (file photo of children resting in one of the cages at a facility in McAllen, Texas in June) 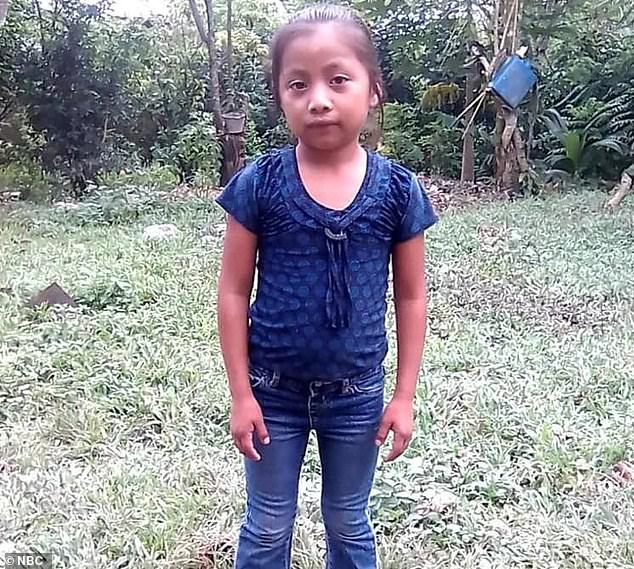 Tragedy: Jakelin Caal (above in file photo), a 7-year-old girl from Guatemala, lost her life as well earlier this month while in custody 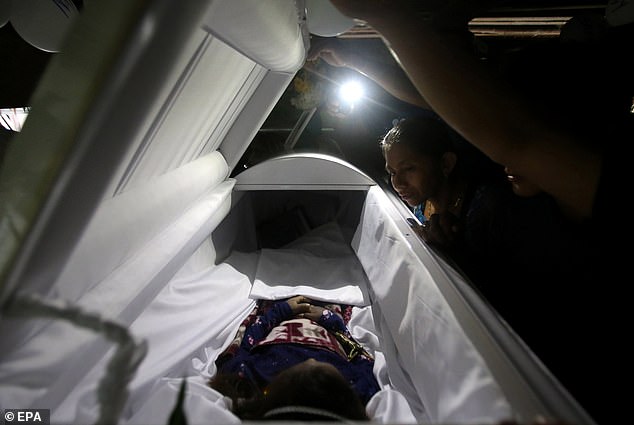 Funeral: She was laid to rest on Christmas Eve in Guatemala, two weeks after she suffered cardiac arrest, brain swelling and liver failure that led to her death

The boy showed signed of illness on Monday according to CPB, and after being taken to a hospital was diagnosed with having just a cold and a fever.

The agency reports that he was given prescriptions for amoxicillin and Ibuprofen before being released from the facility on Monday afternoon.

He was back at the hospital just a short while later however after suffering from nausea and vomiting before passing away just a few hours later.

In its release announcing the boy’s death on Christmas, the Department of Homeland Security used the closing paragraph to defend the practice of detaining children at the border.

‘DHS has continued to see a dramatic increase in unaccompanied children and family units arriving at our borders illegally or without authorization,’ began the closing paragraph.

‘Consistent with existing law, these individuals are held at federal facilities pending their removal or release into the interior of the United States with a notice to appear at a court hearing. During their period of detention they received medical screenings and further treatment as needed.’

Jakelin Caal, a 7-year-old girl from Guatemala, lost her life as well earlier this month.

Her mother was finally reunited with her daughter on Christmas Eve when the young girl’s body was returned to the village where she had lived before attempting to enter the United States with her father.

Once home she was laid to rest, two weeks after the Guatemalan girl died in US custody.

An indigenous Mayan who had been hoping to begin a new life in the United States with her father, Jakelin came down with a fever while being detained by authorities, and on December 8 died in an El Paso hospital.

She and her father handed themselves in to border agents in New Mexico on December 6 and two days later she fell ill.