Desperate health chiefs are trying to coax thousands of foreign GPs to work in the UK by telling them how beautiful the British countryside is.

In a frantic drive to plug the growing shortage of doctors, officials have released a guide to encourage those trained abroad to make the ‘overwhelming’ move.

The booklet, issued by the Royal College of GPs, highlights the beauty of the Lake District, Brecon Beacons in Wales and Scottish Highlands in a similar vein to the Grand Canyon.

It comes as the strain on general practice hits breaking point as angry doctors threaten to shut their waiting lists to new patients to cope with the surge in demand.

Desperate patients now routinely have to wait three weeks to see their doctor, while surgeries are struggling to recruit as GPs leave in droves.

The crisis has occurred because many GPs are leaving to work in the private sector or retiring in their 50s.

The new guide to address the situation, issued in partnership with the NHS, reads: ‘A move to the UK presents you with a wide variety of locations to choose from.

Desperate health chiefs are trying to coax thousands of foreign GPs to work in the UK by telling them how beautiful the British countryside is (pictured: the Lake District) 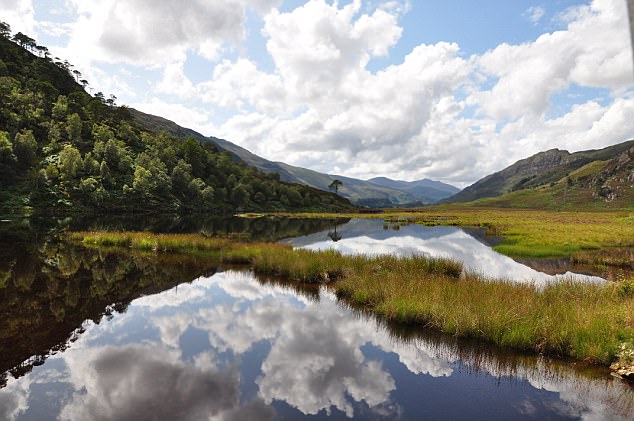 In a frantic drive to plug the growing shortage of doctors, officials have released the guide to encourage those trained abroad to make the ‘overwhelming’ move (pictured: Glen Strathfarrar in the Scottish Highlands)

‘From large, vibrant urban centres with access to world-class culture and heritage, cuisine and sports, to rural and coastal locations where you can appreciate daily the vast natural beauty of the UK.

‘Countryside doesn’t get much better than the Scottish Highlands, Brecon Beacons, Lake District or Mourne Mountains.’

The shortage of doctors

The staffing crisis is driving up waiting times by 15 per cent a year, and expected to hit three weeks for a non-emergency appointment by 2022.

Health Secretary Jeremy Hunt announced last week he will today offer trainee GPs a £20,000 ‘golden hello’ to get them to work in understaffed practices.

It followed a long line of similar measures to plug the ever-growing gap, since the Government two years ago pledged to hire 5,000 new GPs by 2020.

But recent figures show they are quitting at a rate of 400 a month, with many opting to work abroad, leaving to work in the private sector or retiring in their 50s.

Plans to plug the gap

An army of physician associates, dubbed ‘doctors on the cheap’ because they don’t have medical degrees, are also being trained to prop up the cash-strapped NHS.

There are also plans for a Government clinical negligence indemnity for GPs so they do not have to pay spiraling fees to private insurance firms. 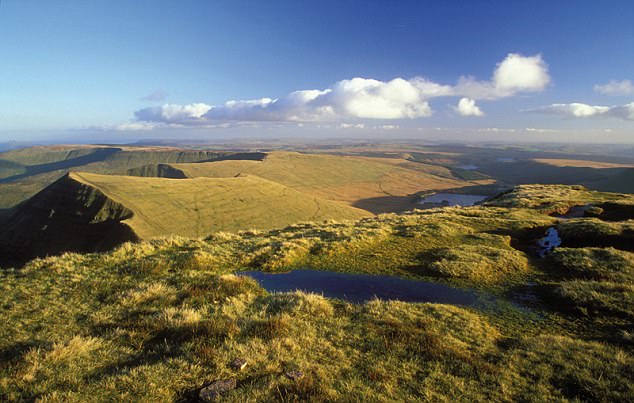 The booklet, issued by the Royal College of GPs, paints the Lake District, Brecon Beacons (pictured) and Scottish Highlands in a similar vein to the Grand Canyon 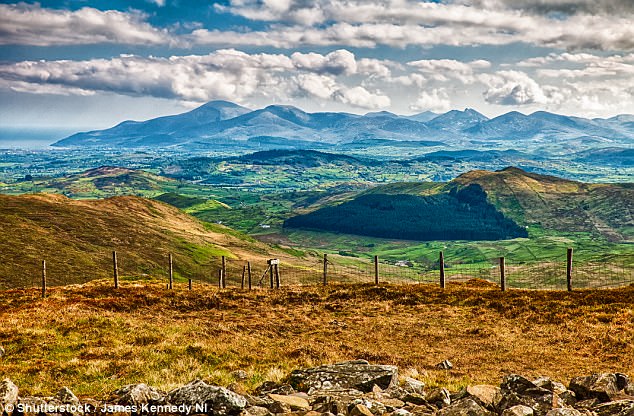 The new guide, issued in partnership with the NHS, reads: ‘A move to the UK presents you with a wide variety of locations to choose from (pictured: Mourne Mountains)

The new guide was already being developed before NHS England announced plans to recruit 3,000 overseas doctors to join the GP workforce earlier this year.

The ‘invaluable’ booklet, called ‘A Guide for Overseas Doctors: Living and working the UK for GPs and their families’, offers practical support to doctors.

The booklet, also backed by the BMA and GMC, provides advice for doctors seeking a move aimed at making their transition easier, by detailing the process of applying.

A ‘GOLDEN HELLO’ FOR TRAINEE DOCTORS

Jeremy Hunt will today offer trainee GPs a £20,000 ‘golden hello’ in a desperate bid to get them to work in understaffed practices.

The Health Secretary is to announce a one-off payment for junior doctors who move to rural and coastal areas.

The bonuses – on top of starting salaries of up to £45,000 – are part of an attempt to stem the growing GP crisis.

Mr Hunt will tell the Royal College of GPs conference in Liverpool that the workforce ‘is under considerable pressure’.

GPs who become practice partners can expect to earn an average of £106,000 a year.

But amid growing workloads, two in five experienced family doctors say they plan to leave the NHS within five years.

Professor Helen Stokes-Lampard, chair of the RCGP, said: ‘Workload in general practice has increased 16 per cent over the last seven years.

‘But investment in our service has declined over the last decade, and our workforce has not risen at pace with demand.

‘We already have a huge number of GPs working in NHS general practice from overseas, and we’re incredibly grateful for their work.

‘But we’re still desperately short of GPs – and it is crucial that we tackle this, including through recruiting more GPs.

‘This guide will help to support this important work, and I hope it will be an invaluable resource for doctors looking to live and work in the UK.’

Professor Terence Stephenson, chair of the GMC, said: ‘The many overseas doctors who work as GPs in the UK make a hugely valuable contribution.

‘Moving to a new country to work – and in many cases relocating their family as well – is a huge decision.

‘This informative guide helps doctors and their families learn more about life in the UK, and provides them a wealth of support to help them make the move as smooth as possible.

‘More broadly we are doing all we can as a regulator to minimise barriers to recruitment and support good doctors who wish to practise in the UK.’