Even if you haven’t committed the crime, it isn’t always easy to look innocent.

When pet owner Jennifer Kinderman, 23, from Canutillo, Texas, returned home to find a dog mattress had been spectacularly ripped apart and then strewn across her living room, there was an obvious prime suspect.

While one of her fiance’s dogs, Abby, pottered around the mattress carnage at ease, her golden labrodor brother Tobby retreated sheepishly from the scene.

Texan Jennifer Kinderman, from Canutillo, arrived home to find a whole lot of mess and her fiance’s dog Tobby looking very sheepish after retreating from the scene 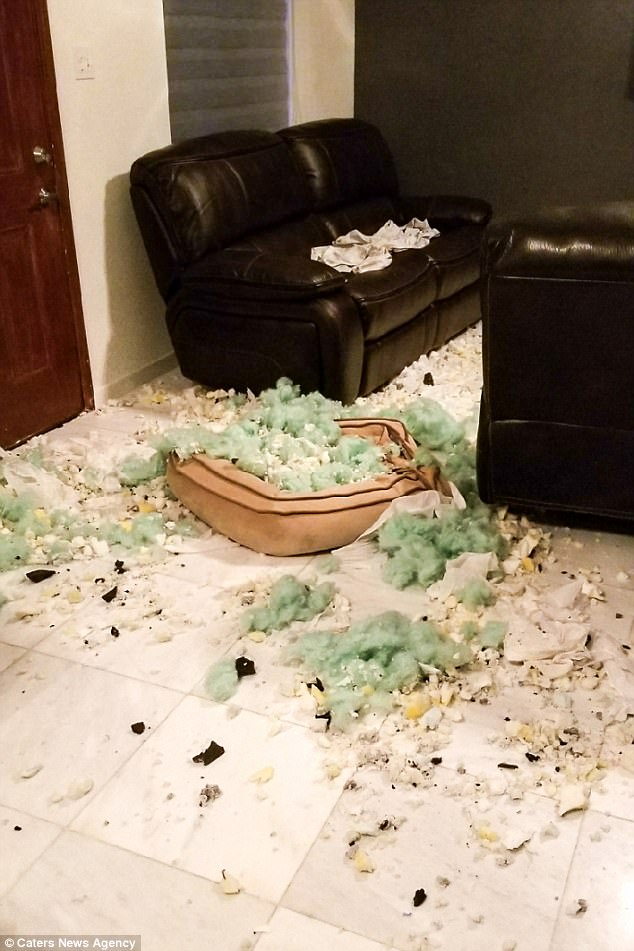 Dog days: While Kinderman was out, one of the labrodors went to town on the doggy mattress that Tobby sleeps in…and it wasn’t difficult to work out who the prime suspect was 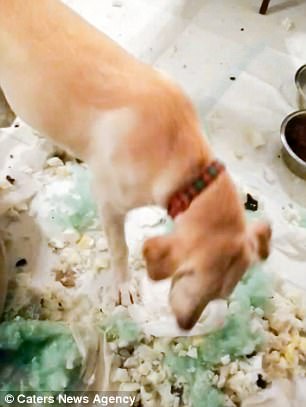 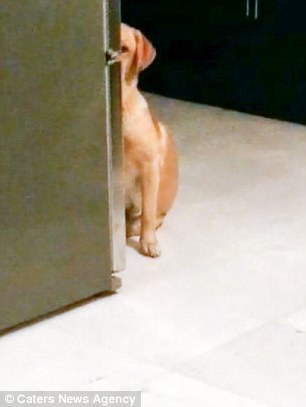 While Abby hid any guilt by continuing to rummage through the mattress debris, Tobby knew something bad had happened and retreated to a safe distance

A comedy video shows the dog’s reaction when being chastised for the shredding by Kinderman.

She zooms in on Tobby, who looks absolutely guilty, and asks: ‘Did you do this?’

Tobby and Abby had been left home alone and with their owners out of the picture for a few hours, one of the pair was determined to have some fun.

Jennifer explains: ‘I got home from work and I immediately saw the mess as soon as I walked in the door.

‘There were pieces of sponge scattered all around the living room.

‘I took a picture and sent it to my fiancé to show him what his ‘kids’ did, they’re usually more afraid of him when they know they’re in trouble.

‘Then when I started asking questions Tobby moved away quickly from the scene and hid behind the fridge, naturally he looks guilty and I assumed it was him. 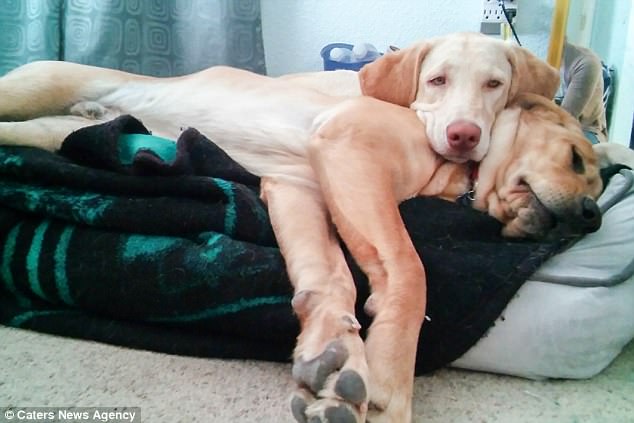 Spot the naughty one: Abby has a track record for chowing down on mattresses, which is how her owners knew Tobby wasn’t guilty 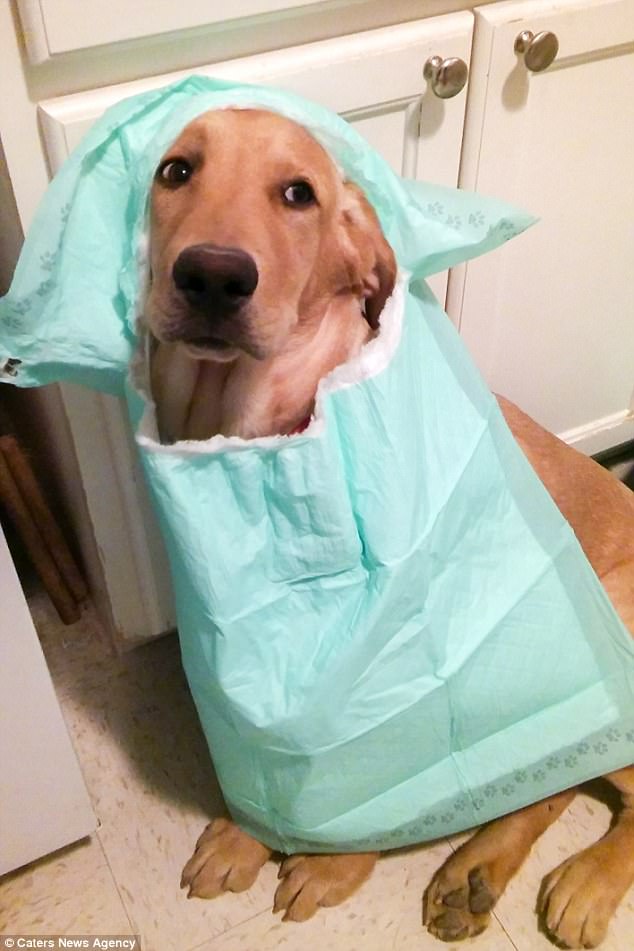 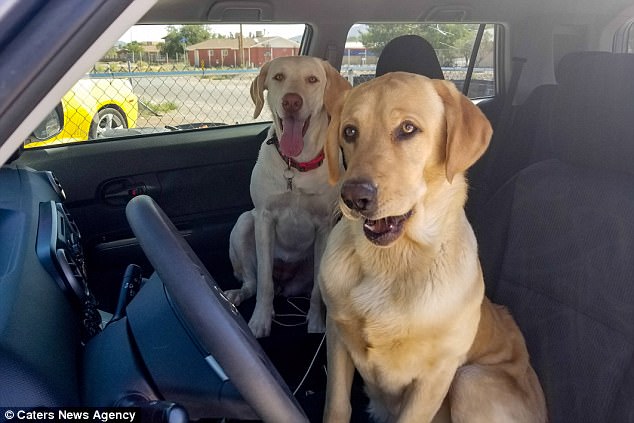 Butter wouldn’t melt: Abby and Tobby are described by their owners as ‘energetic, inseparable and a pain in the butt’ 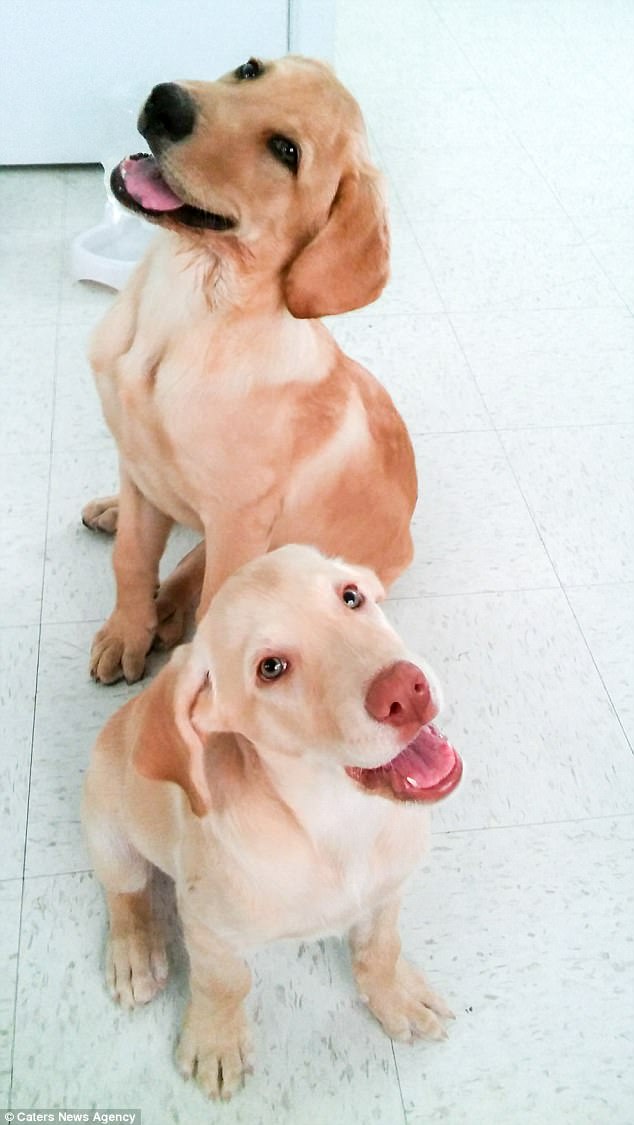 However, it seems Abby was merely acting calm in the face of the chaos she’d created. Kinderman explains: ‘It was Abby that made the mess because she had done the exact same thing to her own bed the week prior to this incident.

‘Now poor Tobby is left without a bed as well, I guess he figured the outcome was not going to be a good one and wanted to hide. But I couldn’t stay mad at them.

‘Abby is very sassy and so she clearly didn’t care what I thought, she thought it would be a good idea to bring me her toy while I was trying to clean up.

‘Tobby waited until I finished cleaning everything then finally decided to ask me for cookies because that’s his favourite part of the day.’

Time for a new pet? Not a chance, says Kinderman: ‘They are such characters, they are super energetic, inseparable and a pain in the butt. But I wouldn’t have it any other way.’