A paralysed man can play his Guitar Hero again after having his sense of touch restored with a brain-computer interface (BCI) that provides sensory feedback.

Ian Burkhart, 28, suffered a severe spinal cord injury during a diving accident in 2010, where he lost his sense of touch.

US researchers found that although Burkhart had almost no sensation in his hand, when they stimulated his skin, a small neural signal still reached his brain.

They have since used their BCI to restore sensation in his hand by rerouting these tiny signals from the brain to the muscle, bypassing his damaged spinal cord.

The device uses a system of electrodes on the skin and a small computer chip implanted in the motor cortex in the brain.

The BCI detects the otherwise imperceptible touch signals, which it then enhances and sends as sensory feedback to the head, resulting in improved movement.

Burkhart now has enough control over his arm and hand to lift a coffee mug, swipe a credit card, and play his favourite video game once more.

‘When we did this, we saw several functional improvements. It was a big eureka moment when we first restored the participant’s sense of touch.’ 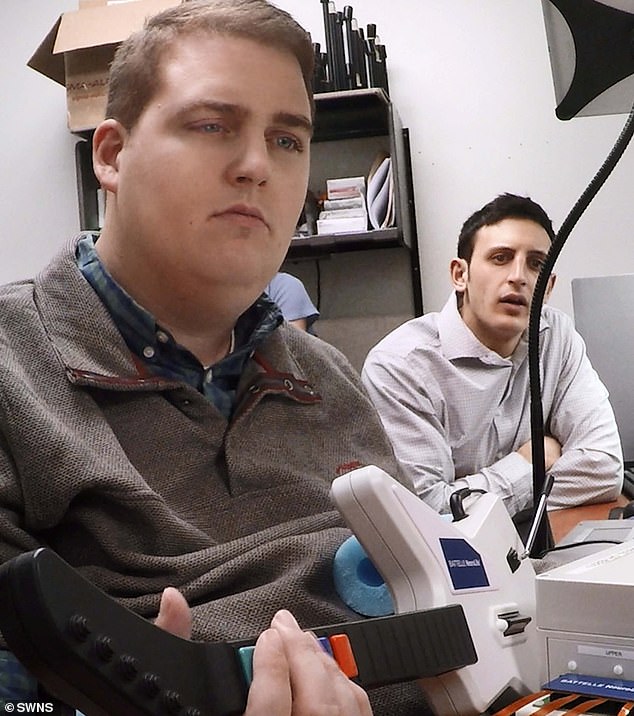 Ian Burkhart (left) is a 28-year-old man who suffered a spinal cord injury during a diving accident in 2010. Since 2014, Burkhart has been working with investigators on a project called NeuroLife that aims to restore function to his right arm 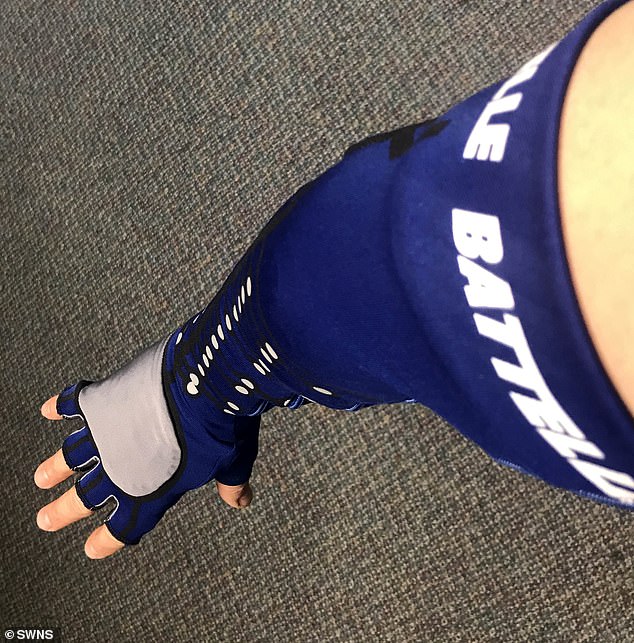 The system of electrodes on Ian’s skin detect the small neural signals, which are otherwise so minuscule they can’t be perceived

Dr Ganzer said the loss of feeling in Burkhart’s right hand since his accident had meant he had to use his eyes to follow what his hand was coming into contact with.

‘Until now, at times Ian has felt like his hand was foreign due to lack of sensory feedback,’ Dr Ganzer said.

‘He also has trouble with controlling his hand unless he is watching his movements closely.

‘This requires a lot of concentration and makes simple multitasking like drinking a soda while watching TV almost impossible.’

Since 2014, Burkhart has been working with the team on the project, called NeuroLife, to restore function to his right arm. 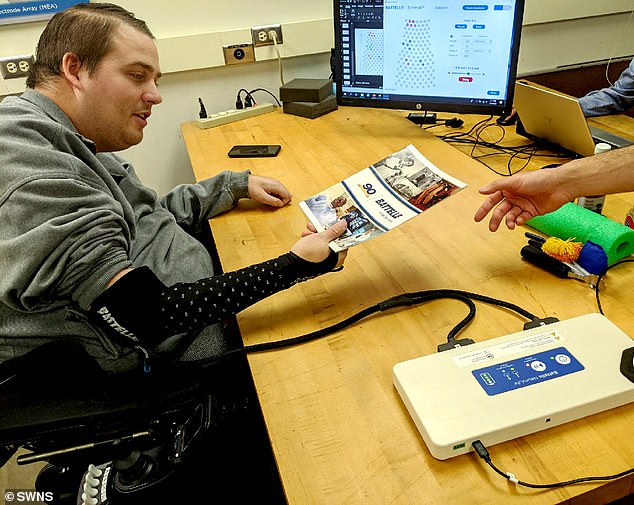 Advances in the BCI system enable Burkhart to reliably detect something by touch alone – in the future, this may be used to find and pick up an object without being able to see it. The system also is the first BCI that allows for restoration of movement and touch at once

People like Burkhart are considered to have a ‘clinically complete’ spinal cord injury – however, almost always a few wisps of nerve fibre remain intact.

Although Burkhart had almost no sensation in his hand, when scientists at Battelle stimulated his skin, a tiny but imperceptible neural signal was still getting to his brain.

The mission was to boost the signals to the level where the brain would respond.

The new system allows the touch signals coming from Burkhart’s skin to travel back to his brain through artificial haptic feedback that he can perceive. 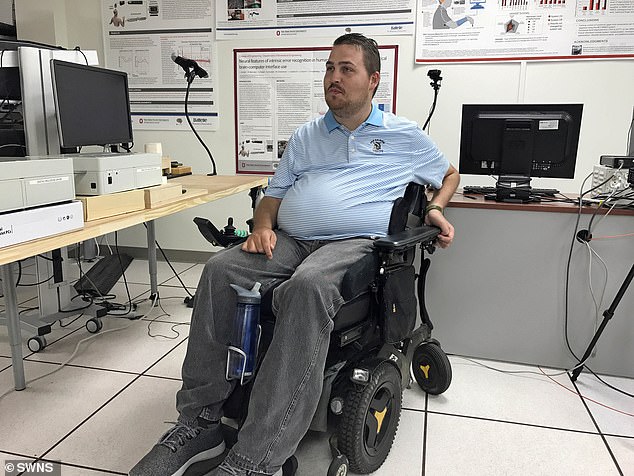 Although Burkhart had almost no sensation in his hand, when researchers stimulated his skin, a neural signal – so small it was his brain was unable to perceive it – was still getting to his brain

Haptic feedback is similar to vibrations from mobile phones or game controllers, that lets the user feel that something is working.

The haptic feedback means Burkhart can now reliably detect something by touch alone and has enough control over his arm to enjoy everyday activities.

‘It has been amazing to see the possibilities of sensory information coming from a device that was originally created to only allow me to control my hand in a one-way direction,’ Burkhart said. 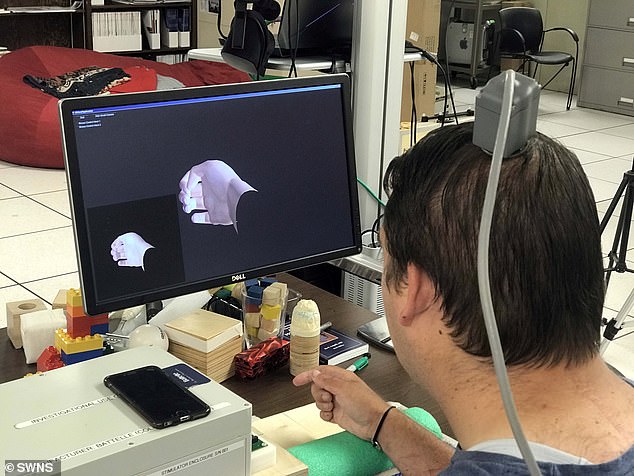 The subperceptual touch signals were artificially sent back to Burkhart using haptic feedback. Common examples of haptic feedback are the vibration from a mobile phone or game controller that lets the user feel that something is working

The system can also sense how much pressure to use when handling an object or picking something up – for example, using a light touch when picking up a fragile object like a paper cup but a firmer grip when picking up something heavy, such as a Guitar Hero controller.

The researchers are working on creating a next-generation sleeve containing the required electrodes and sensors that could be easily put on and taken off.

They are also hoping to develop a BCI system that works well in the home and portable smaller systems that can be controlled by a tablet.

The findings are published in the journal Cell.

Brain-computer interfaces (BCIs) are devices that provide communication pathways between a user’s brain and an external device.

BCIs acquire brain signals, analyse them, and translate them into commands that are relayed to output devices that carry out desired actions.

BCIs are not mind-reading devices but enable their users to act on the world by using brain signals rather than muscles.

The main goal of BCI is to replace or restore useful function to people disabled by neuromuscular disorders, such as cerebral palsy, stroke, or spinal cord injury.

BCI technology may allow individuals unable to speak and use their limbs to once again communicate or operate assisitve devices for walking and manipulating objects.