‘Gun’ fear at Hamilton the musical in San Francisco

A packed theatre showing Hamilton the musical was evacuated in San Francisco amid fears of an active shooter.

Hundreds of patrons rushed from the Orpheum Theater in San Francisco after hearing shouts of ‘gun’.

However, it is believed that one of the audience suffered a heart attack which caused confusion when an emergency alarm was triggered.

One person broke their leg in the mass panic which followed and two others also required hospital treatment. 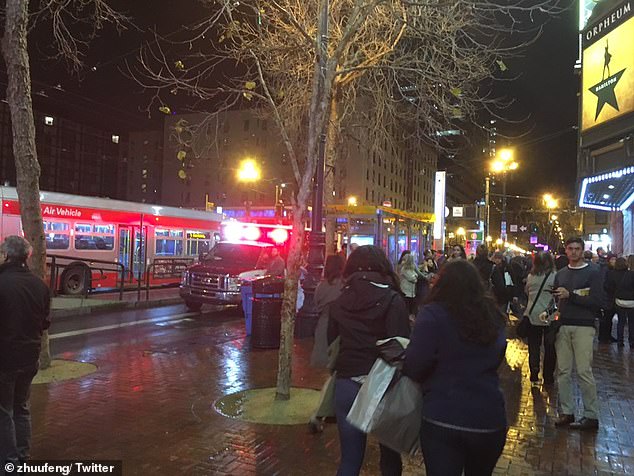 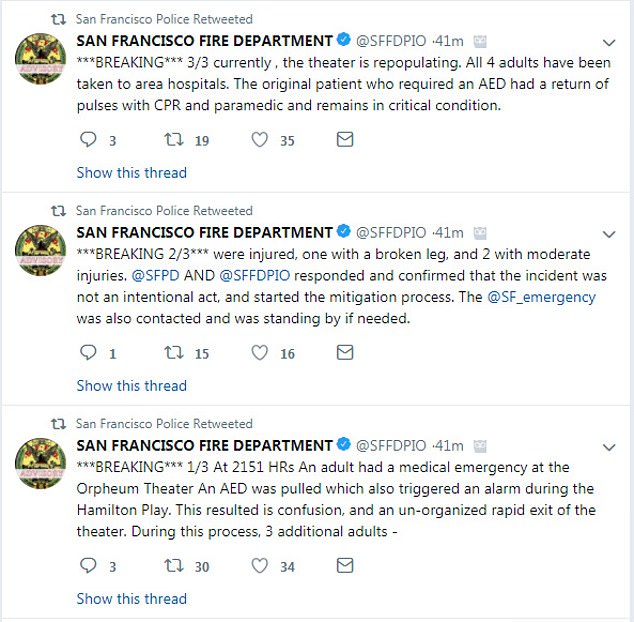 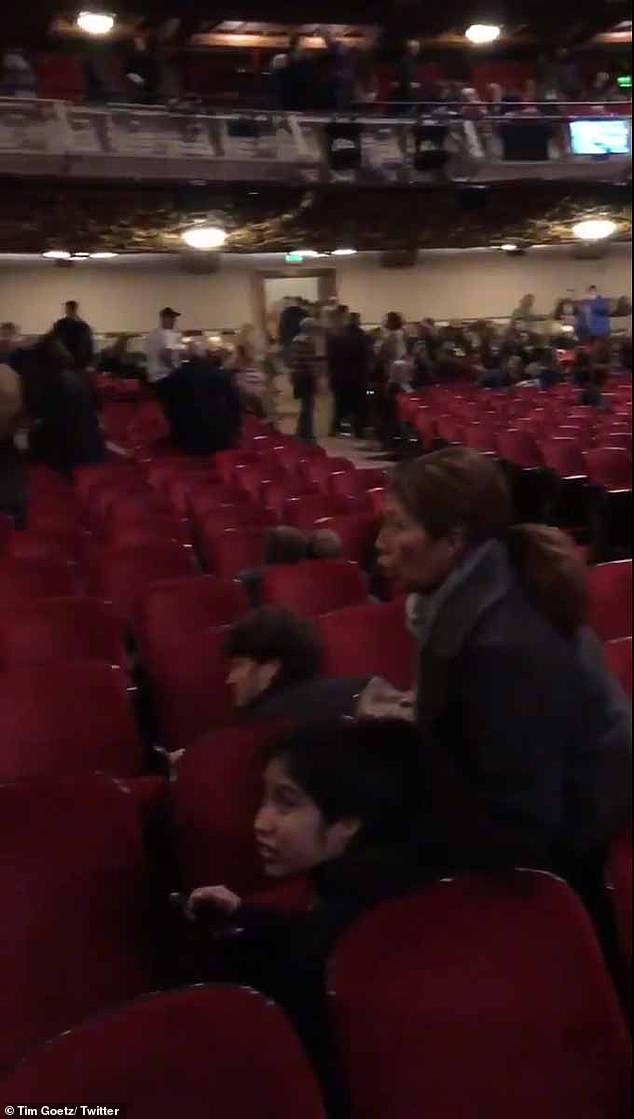 According to San Francisco Fire Department, an adult audience member collapsed and had a heart attack.

When a member of staff retrieved the theater’s defibrillator it triggered an emergency alarm which resulted in mass panic.

One person broke their leg and two others suffered injuries and were taken to hospital.

Paramedics were able to restart the original patient’s heart and brought back a pulse. They have been rushed to hospital where their condition is described as critical. 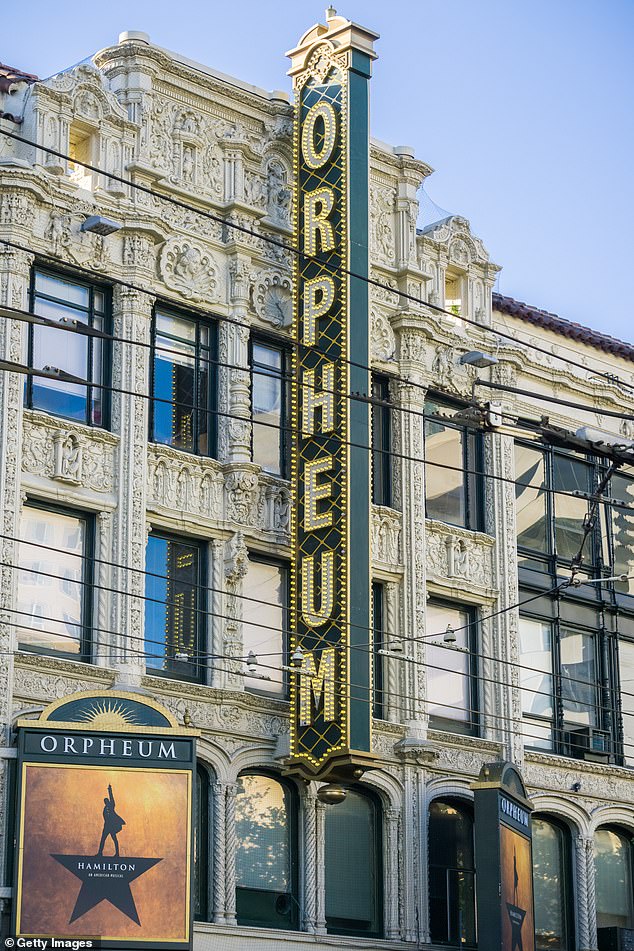 The incident happened at the Orpheum Theater in San Francisco, pictured