A violent brawl broke out at a busy shopping centre after a customer allegedly tried to use a pram to steal goods.

Stunned shoppers looked on as two women lashed out at security staff at the Big W in Gungahlin, north of Canberra, on Thursday.

‘I watched one of the women punch a staff member in the head when she tried to intervene,’ she said. 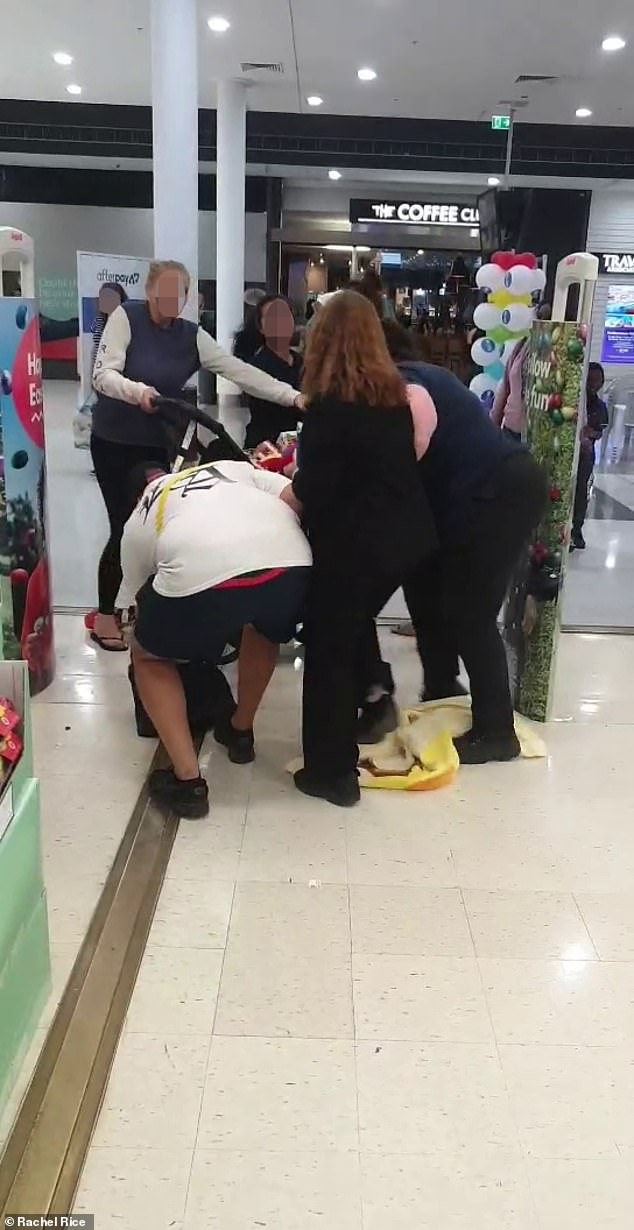 Video footage of the incident shows a woman wearing a body warmer and black jeans pushing pram with a yellow blanket draped over the top.

Aware that the woman is trying to steal, security staff formed a line at the exit of the store in a bid to stop her from leaving.

She tries to go around them before one rips off the blanket exposing the stolen goods.

Ms Rice said the woman hurled verbal abuse at the staff members as they tried to stop her from leaving.

‘They were obviously getting defensive and one of the women yelled, “Get your hands off my f***ing pram”.’

A second woman dressed in a black top jumps to the woman’s aid as staff engage in the tug-of-war with the pram.

The second woman can be seen swinging her arm towards one staff member’s head while yelling loudly. 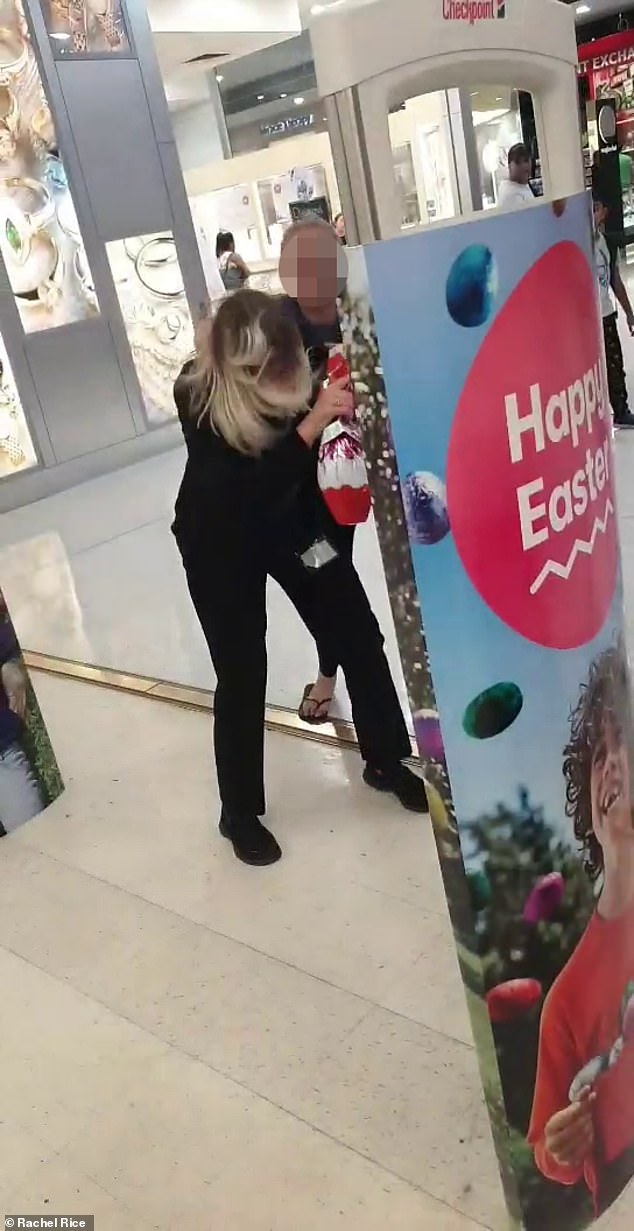 The customer finally gives up on the pram and lets go, before she turns her attention to another staff member

The woman with the pram finally gives up and lets go of the stroller, before she turns her attention to another staff member.

She grabs the employee by her hair and shakes her before violently throwing her to the ground.

The pair begin to walk away, and one woman is seen pushing the now empty pram towards the exit.

Security staff look shaken as they pick up the items, now scattered on the floor.

Big W confirmed an incident happened at its store on Thursday.

‘Police were called and we’re currently assisting them with their investigation,’ a spokesperson said.

‘We are providing support to our team members.’

Daily Mail Australia reached out to ACT Police for comment. 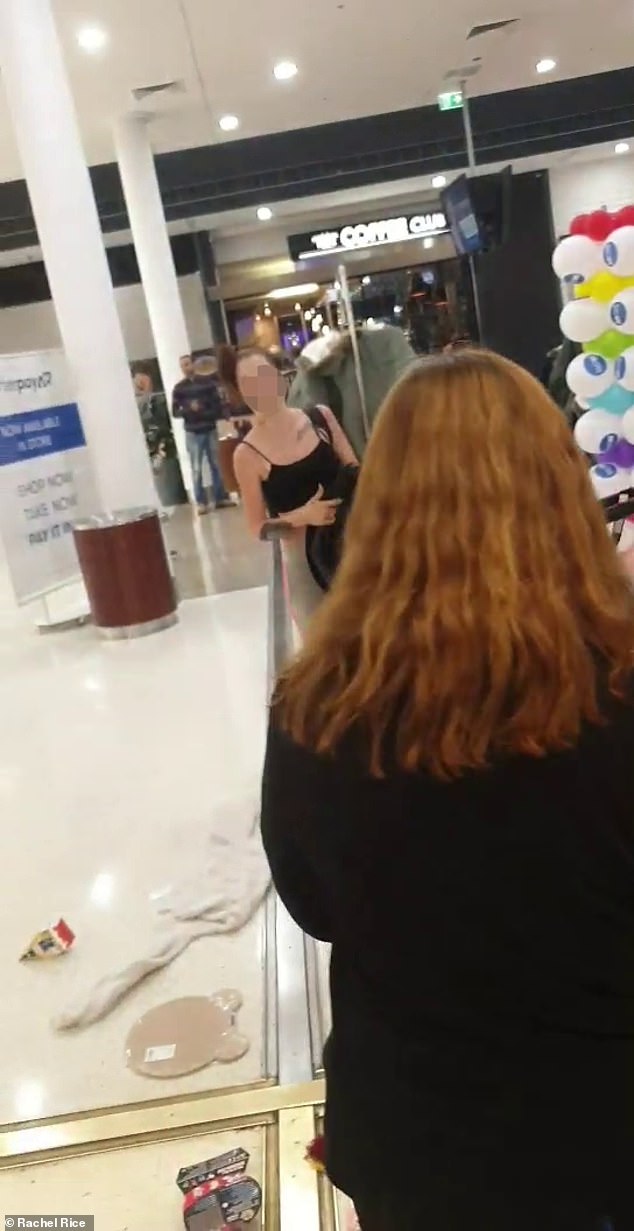 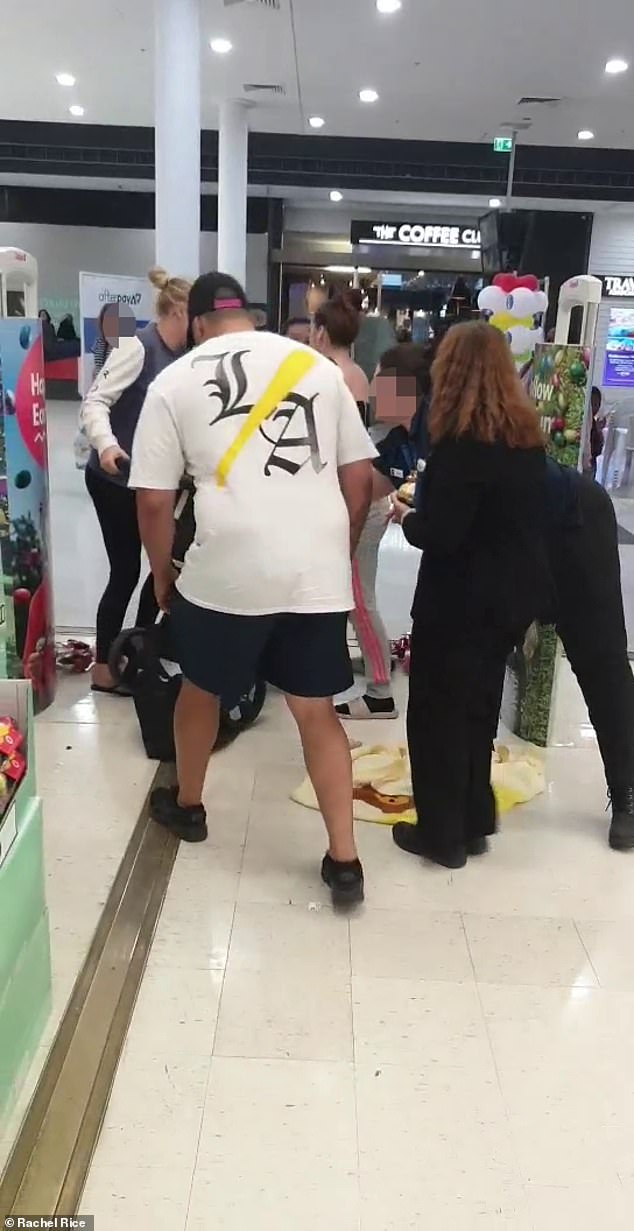 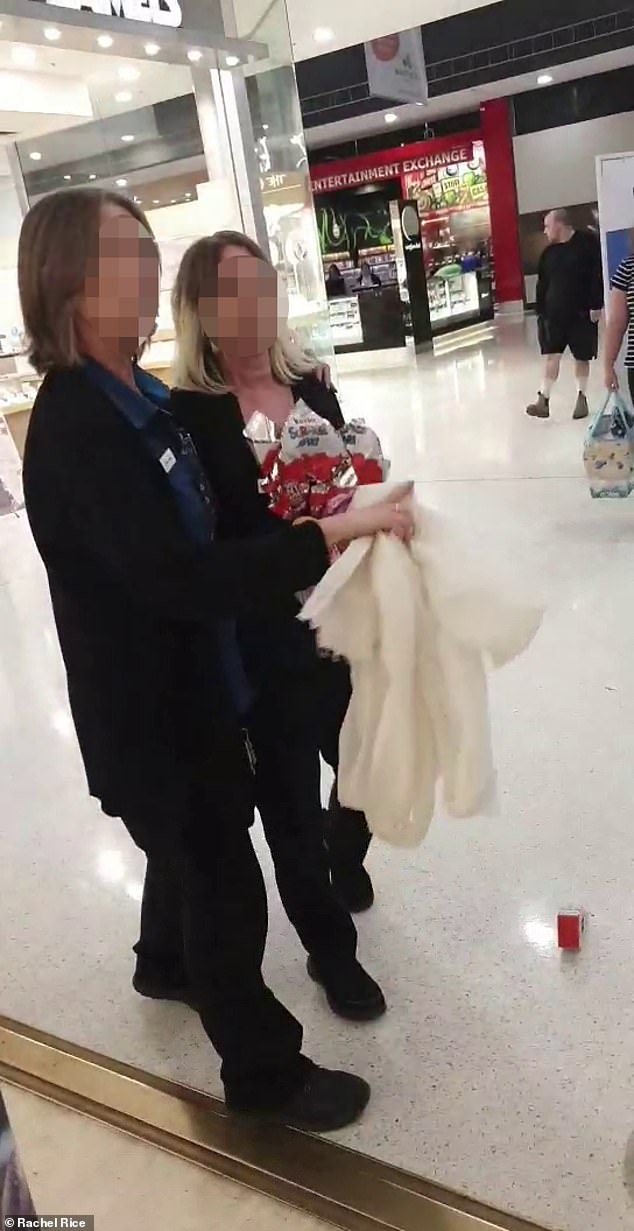 Security staff looked shaken as they picked up the items, now scattered on the floor