Gunman on the loose as man, 39, fights for life after being shot outside a toddler’s birthday party

Gunman on the loose as man, 39, fights for life after being shot outside a toddler’s birthday party

A man is fighting for his life after being shot twice outside a toddler’s birthday party in western Sydney.

The authorities were called about the incident at Bletchley Place in the suburb of Hebersham at around 2.30pm this afternoon.

Five paramedic crews were dispatched, along with a specialist medical team in a rescue helicopter.

NSW Ambulance Inspector Kevin McSweeney said the scene was a very difficult one.

‘This was a very confronting scene for paramedics when they arrived with one man seriously injured and the shooter unaccounted for,’ he said.

‘The patient had suffered two gunshot wounds, one to his right shoulder and one to his left leg.

‘Paramedics worked to stabilise the patient, who had suffered significant blood loss before transporting him to Westmead Hospital for further treatment.’ 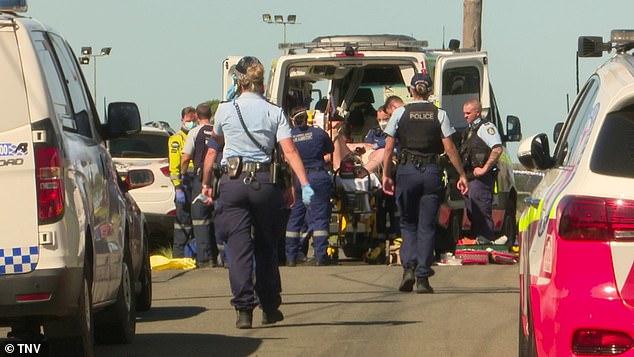