By Associated Press and Daniel Roth For Dailymail.com

Police say they are investigating reports of an active shooter at New Hampshire’s largest hospital, which is under lockdown.

Lebanon police said Tuesday they are investigating reports of an active shooter at Dartmouth-Hitchcock Medical Center.

People were told to avoid the area, and traffic was stopped on a route leading to the hospital. There has been no confirmation of a shooting. 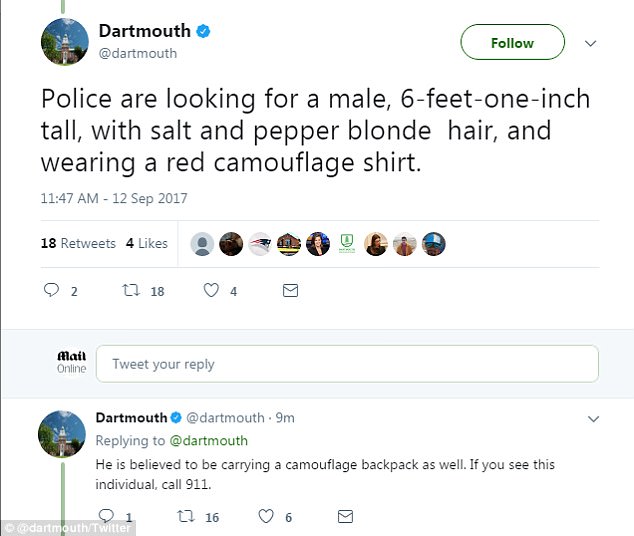 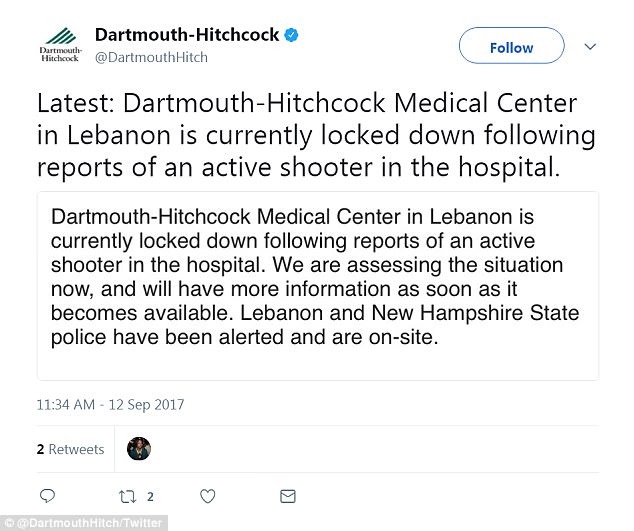 Hospital spokesman Mike Barwell says that Dartmouth-Hitchcock is ‘currently locked down’ and that local and state police are on site.

WCAX-TV reports an employee said all workers received an email from the hospital about a ‘code silver,’ telling them to get out if possible and otherwise to shelter in place.

‘Police are looking for a male, 6-feet-one-inch tall, with salt and pepper blonde hair, and wearing a red camouflage shirt.’

‘He is believed to be carrying a camouflage backpack as well,’ an additional tweet stated. ‘If you see this individual, call 911.’

Local broadcaster WMUR9 showed live footage from outside the hospital, with dozens of employees and patients evacuated from the building. 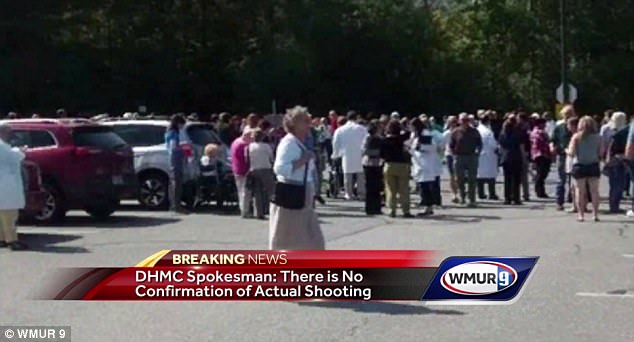 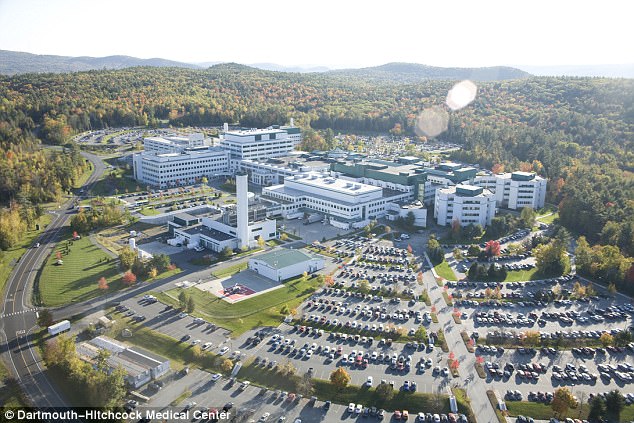