He’s the pop star who recently underwent a dramatic transformation, revealing his ripped new body on the cover of Men’s Health Magazine

Appearing on The Project on Sunday to promote his latest single High On Me, Guy admitted that he wasn’t happy with the ‘dad bod’ he was previously rocking.’

Keeping abreast: Guy Sebastian has revealed on The Project that one of the biggest inspirations for his fitness overhaul were his growing ‘man boobs’

‘My moobs, my man boobs were getting a little too dad bod. I had to do something about it,’ he said.

Guy added that one of the main reasons he fell out of shape was making bad food choices during late nights in the recording studio.

‘I would eat a lot late at night, I would be in the studio and I’ll order just whatever,’he revealed.

On Wednesday, Guy made use of his new fit physique as he channeled David Hasselhoff in a hilarious Baywatch recreation.

While on holiday in Cancun, Mexico, the 35-year-old singer shared a video of himself shirtless as he did his own take on the famous beach run from the surf-lifesaver franchise. 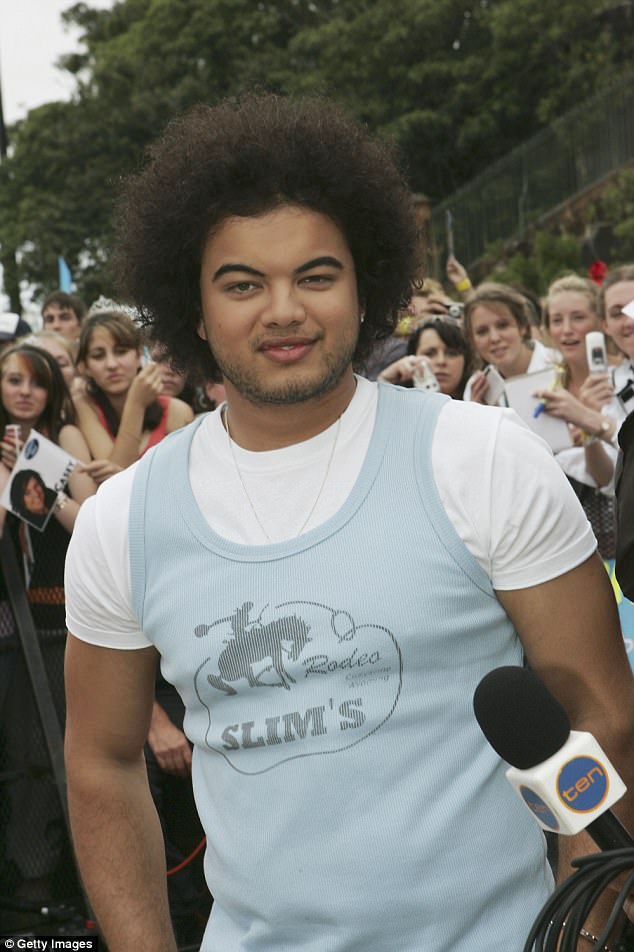 Busty: ‘My moobs, my man boobs were getting a little too dad bod. I had to do something about it,’ he said. 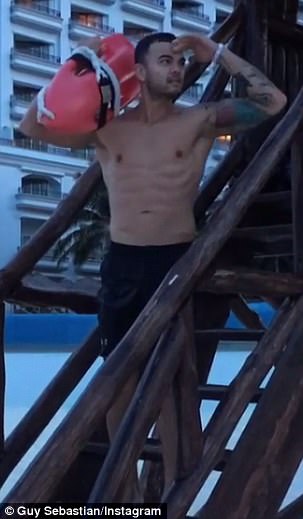 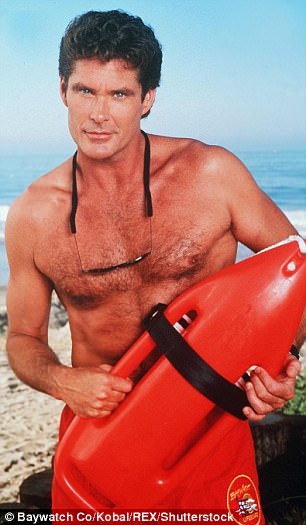 Spot the difference: In a hilarious video shared to Instagram on Wednesday, Guy Sebastian (left) channelled his inner David Hasselhoff (right) as he recreated a Baywatch scene

In animated fashion, the tattooed singer could be seen pretending to search for struggling swimmers in the water.

Dressed in nothing but black board shorts, Guy then bounded down the steps of the lifeguard’s tower carrying a red floating device and ran across the glistening white sand towards the sea.

Captioning the post, the former Australian Idol winner wrote: ‘Be careful out there people’. 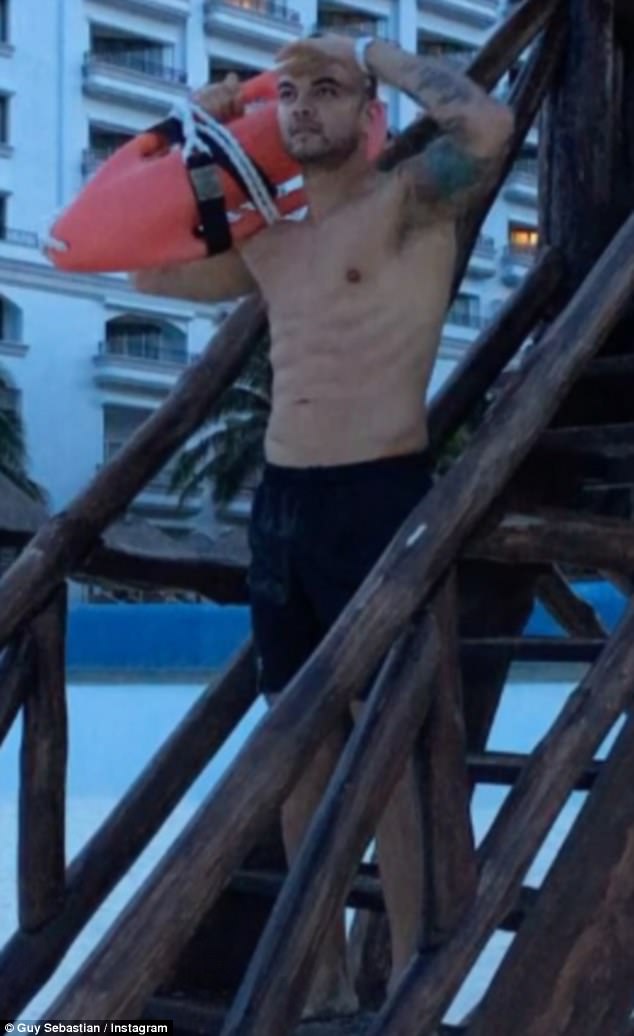 See anyone struggling? In the amusing clip, the 35-year-old pretended to search for people in trouble in the surf 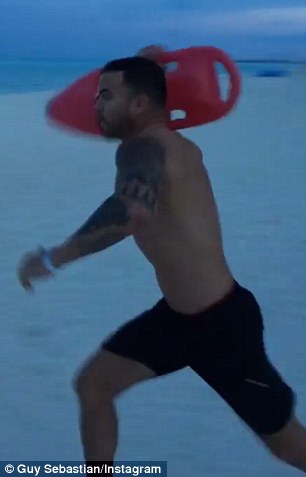 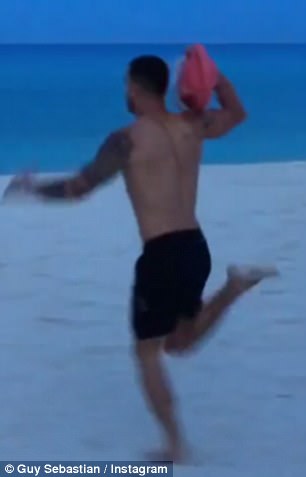 What a guy! The Australian star can then be seen bounding across the glistening white sand towards the ocean while carrying a lifesaving device

The Battle Scars hit-maker recently transformed his body shape with the help of a new strict diet and exercise routine.

During an interview on the Fitzy & Wippa show earlier this month, Guy spilled about the lengths he went to in order to change his figure.

‘It was brutal. I literally went cold turkey on carbs, didn’t have a grain of rice. No pasta, no bread, no booze — I didn’t get on that for 10 weeks!’ he said. 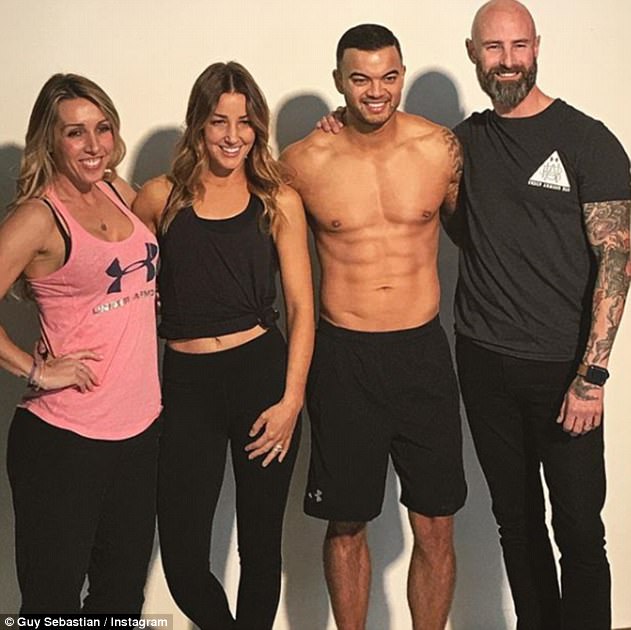 ‘I didn’t realise how lazy I was in the gym’:  Guy transformed his body with the help of personal trainers and a strict new diet

He debuted his new lean and muscular figure on the cover of the September issue of Men’s Health magazine, explaining that he had decided to take his fitness more seriously.

‘I was in an unhealthy cycle. I was drinking too much. I wasn’t eating well. And everything I thought I was doing right wasn’t working,’ he told the publication.

He added: ‘The trainers taught me how to train, I didn’t realise how lazy I was in the gym. Now I want to get in and get out, and go hard.’ 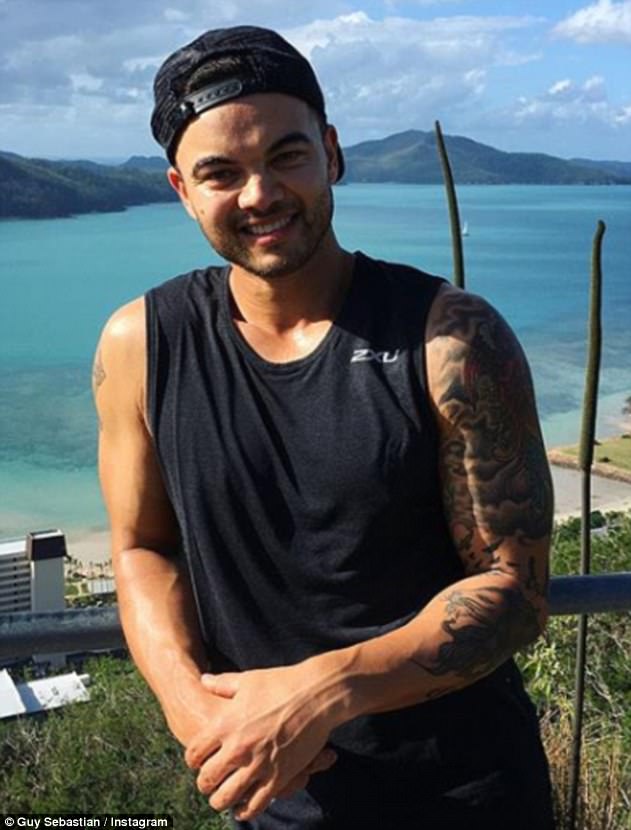