Gwen Stefani, 51, shows off her taut abs on The Voice finale

She started her music career with the rock band No Doubt back in 1986.

Proving her pop staying power on Tuesday night, Gwen Stefani put on a lively performance of her latest single Slow Clap, featuring rapper Saweetie, 27, as she returned to The Voice for the finale.

Gwen, 51, made an impressive two outfit changes mid-song, first appearing in a checkered skirt, and then switching to a red PVC ensemble, both showcasing her taut abdominal muscles.

Quick change! Gwen Stefani, 51, shows off taut abs as she makes two outfit changes while performing with Saweetie, 27, on finale of The Voice

The track is slated to appear on her upcoming and untitled fifth studio album, following her 2017 Christmas record.

The season 19-winning coach was of course, all about praising her man Blake Shelton in the run up to her performance.

‘I know that Blake is gonna win this season, so you guys can just shut up, OK?’ she said social media Tuesday. ‘Because it’s all about Blake Shelton.’ 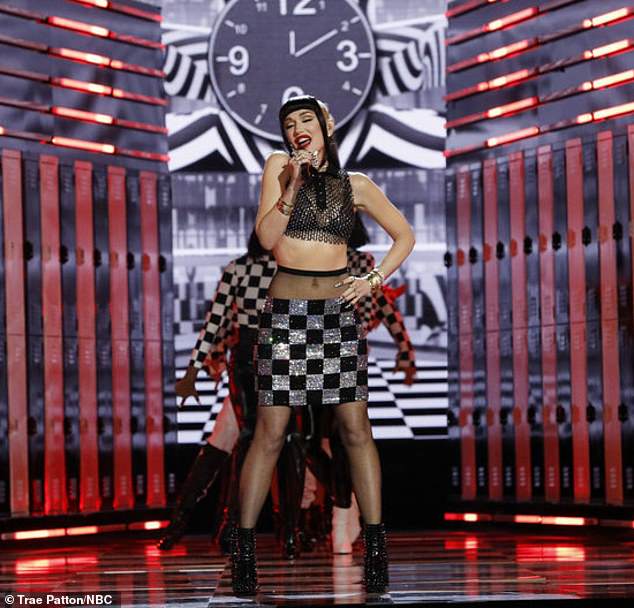 New music: The track – released earlier this year – is slated to appear on her upcoming and untitled fifth studio album, following her 2017 Christmas record

Checking the boxed: Gwen showed off her black and silver outfit that was her first look of the night 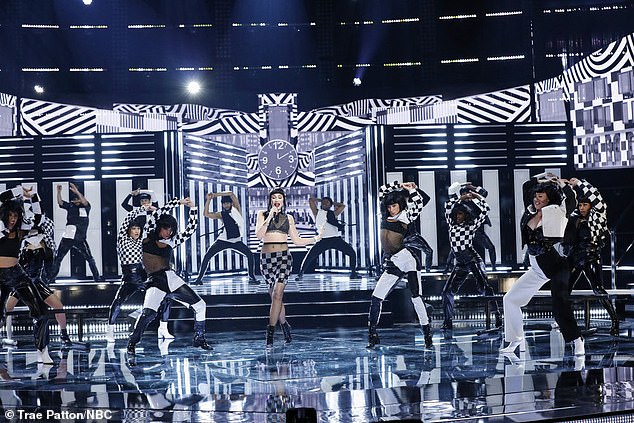 Blake has two singers competing to be named the winner of season 20, Cam Anthony and Jordan Matthew Young.

The 44-year-old country star earlier this season made the bold prediction about Cam, 19, of Philadelphia, and the teenager lived up to the hype with a soaring rendition of the Bon Jovi anthem Wanted Dead Or Alive as the final five each performed twice on the NBC show.

‘There is nothing this kid can’t do and I’m super excited to know that I had a little moment in his journey. And I’ll triple down right now, I think Cam is a superstar and I can’t wait to see it happen,’ Blake told the camera. 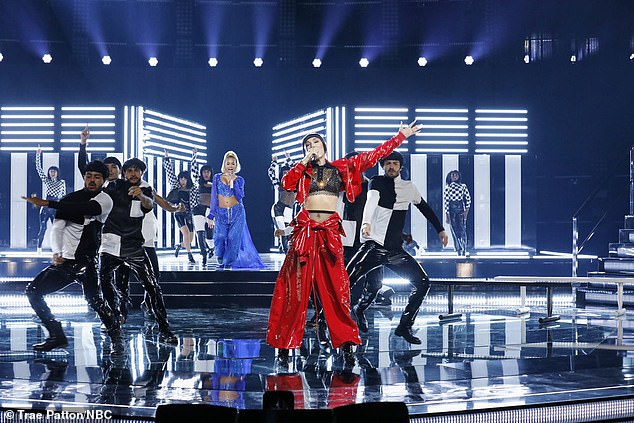 Here she comes: Gwen sang as rapper Saweetie appeared from the back of the stage 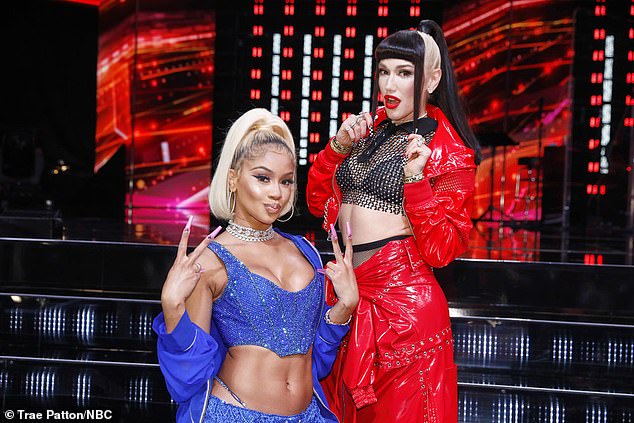 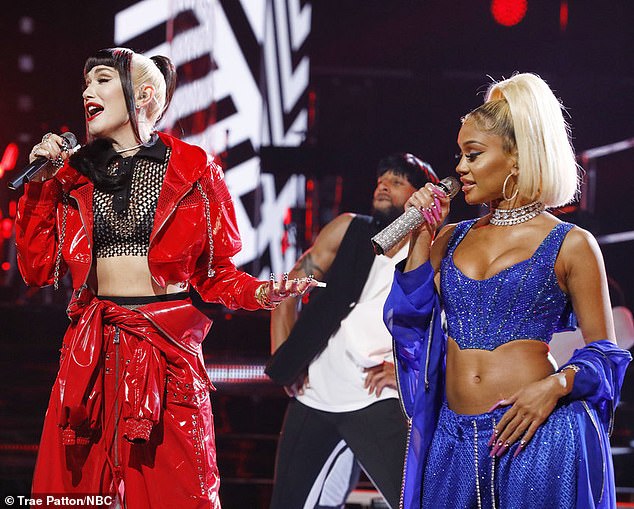 Check them out: Gwen and Saweetie perform their new song together 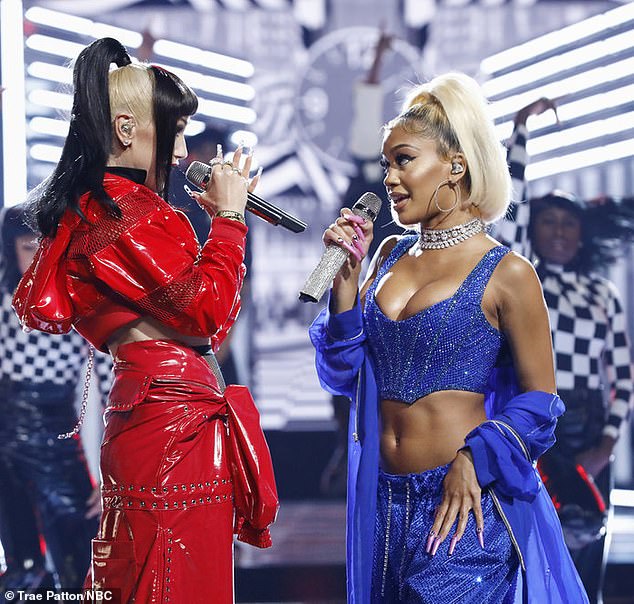 Sparkling: The pair added some much-needed glamour to Tuesday night’s finale of The Voice

On Monday, Blake joked during rehearsal that he would set the building on fire if Cam didn’t win The Voice.

Cam with a comb sticking out of his full afro wore an all-black outfit while belting out Wanted Dead Or Alive and earned a standing ovation from Blake as well as fellow coaches Kelly Clarkson, 39, John Legend, 42, and 28-year-old Nick Jonas.

Kelly afterward admitted she was surprised by his song choice and told Cam that was a ‘unique talent’ who could conquer the music industry as well as other arts such as acting. 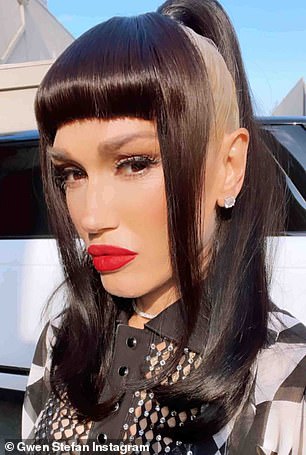 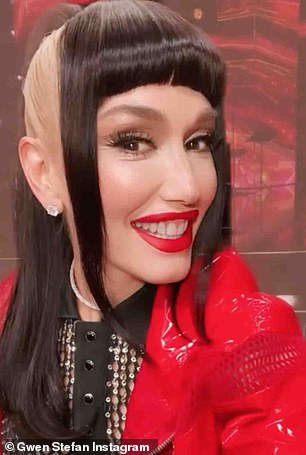 Spinning around: Gwen showed off her two looks to her fans on Instagram

Blake confirmed to Cam that the other coaches were shocked by his song choice during the commercial break, but he confirmed it and also informed them that it was Cam’s idea. 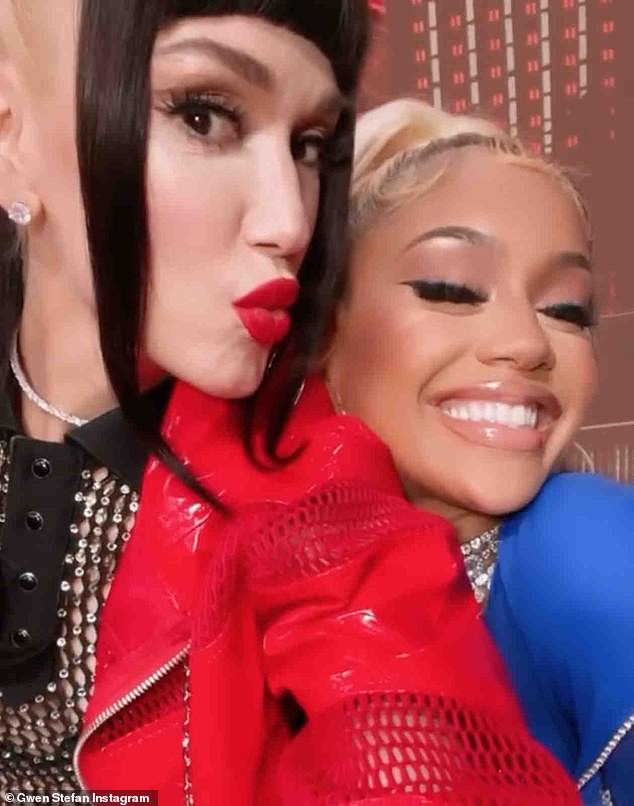 Kisses: It seems the duo have struck up a friendship while performing together 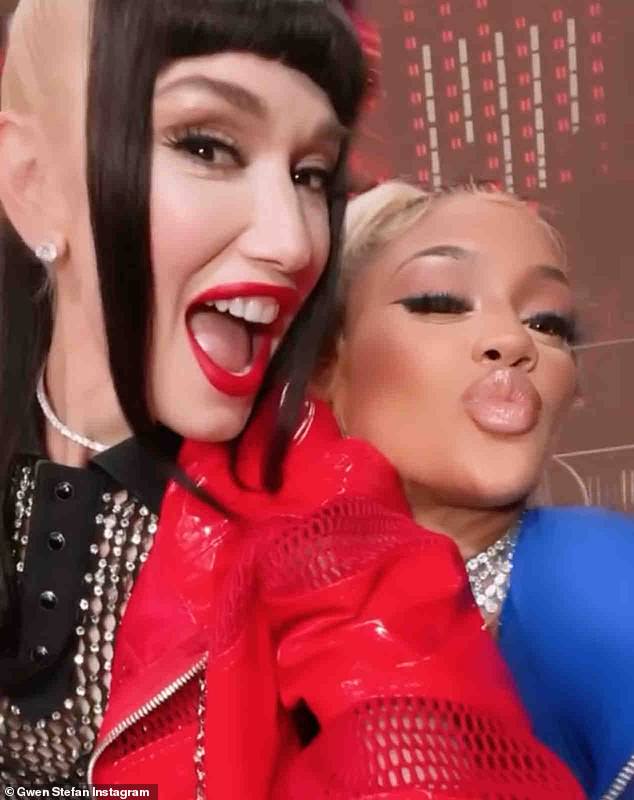