The victim of a vicious subway attack in New York City is crediting Gwen Stefani, in part, with helping her have the know-how to survive a near-death ordeal.

The incident happened back on September 19. Maddie Cole, 22, was on her normal route home when she got off at her Crown Heights subway stop and was suddenly punched and knocked unconscious by an unidentified man, who then pushed her onto the subway tracks.

Calling the random act of violence ‘the most scary thing of my life’, the young woman regained consciousness, and had still had wherewithal to pull herself up to the platform and run out of the station.

‘It’s because Gwen’s called me on stage so many times. That’s why my body knew what to do,’ the Brooklyn native told Fox 5 News in New York.

Story of survival: A 22-year-old Brooklyn resident is crediting Gwen Stefani, in part, with helping her survive a violent subway attack in New York City, where she was beaten and thrown onto the tracks

During the interview, the Gwen Stefani superfan explained how she has attended a slew of her shows, both as a solo artist and as the frontwoman for No Doubt, and has been pulled onto the stage a number of times.

Most recently, she made it on to the stage during Stefani’s residency in Las Vegas, which turned out to be about the same height as the subway platform.

‘You never think you’re gonna be in a moment when you’re like, I need to live, that’all I could think about,’ the woman said when remembering back to the moment when she was beaten and bruised while laying on the train tracks.

The Don’t Speak singer-songwriter opened up about the attack in an interview with the Wall Street Journal.

‘It’s Maddie [Cole]. I know her and I follow her. In fact, I just saw her, right when we left The Drew Barrymore Show,’ Stefani said before implying how there was something special about her that set her apart from the rest of the fans. 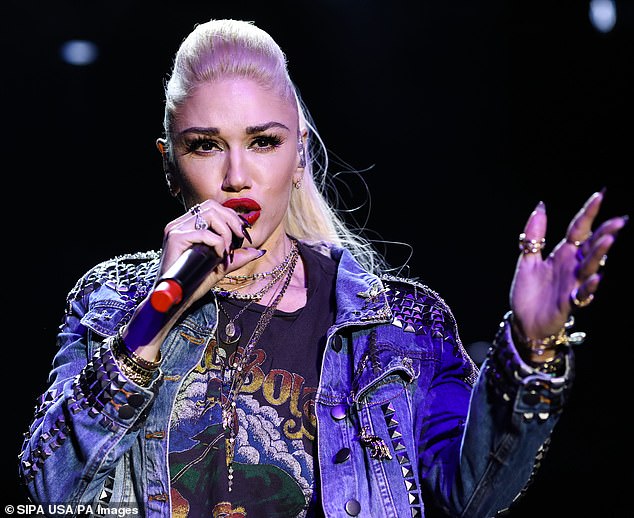 Gwen stage antics helped woman: ‘It’s because Gwen’s called me on stage so many times. That’s why my body knew what to do,’ the 22-year-old woman told Fox 5 News in New York about how she had the wherewithal to regain consciousness and pull herself back up to the subway platform

‘She’s come to a million of my shows, she dresses like me. I don’t follow a ton of fans, but a few years ago when I was doing the Vegas show, I started following people randomly. Then you think you know them because you see them every day. She happens to be one of them,’ she added.

‘The fact that that happened to her, I was like, “You need to move out of the city.”‘

Police say the attacker stole her phone and then took off after the beat down and remains on the loose.

As for Cole in the aftermath: her face was badly bruised and her face swollen with two black eyes.

And while the attack is now three months in the rear-view mirror, sadly the young lady has been traumatized enough that she fears someone could attack her at any moment.

‘I just think everybody that looks at me is gonna hurt me,’ she explained, adding, ‘That’s what’s changed about me, I don’t trust anyone anymore. I think everyone’s going to hurt me now.’ 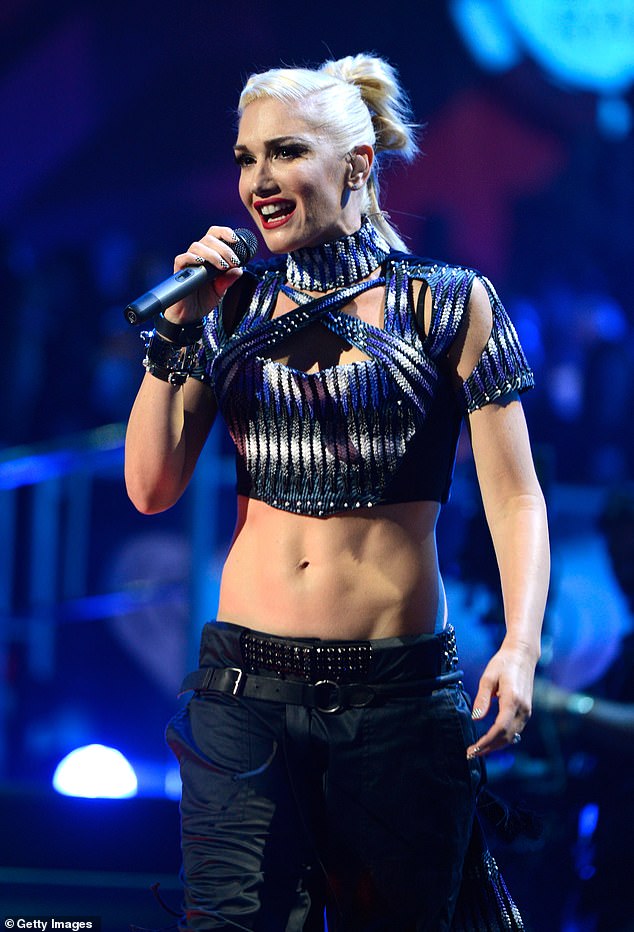 Something special: Stefani has pulled the women, who she identified as Maddie Cole, on to her stage a number of times over her career as a solo artist and as frontwoman for No Doubt: ‘She’s come to a million of my shows, she dresses like me,’ she said of Cole, before revealing that she’s one of only a few fans she follows on social media