Gwyneth Paltrow was ‘sweet and cordial’ to Weinstein

Just months before accusing him of sexual misconduct, Gwyneth Paltrow was more than happy to host Harvey Weinstein at her Hamptons home, sources close to the disgraced movie producer claim.

The sources told The Blast that the actress invited Weinstein over to her Amagansett home last summer, and she was ‘sweet and cordial’ during the visit.

When Weinstein first got the invite, he wasn’t sure if it came directly from Paltrow, so he called her to follow up and she confirmed that it was, the sources said.

According to the report, the event turned out to be a pitch for investigators in a Broadway show Paltrow was working on.

DailyMail.com reached out to Paltrow for comment on the story but did not immediately hear back Thursday afternoon. 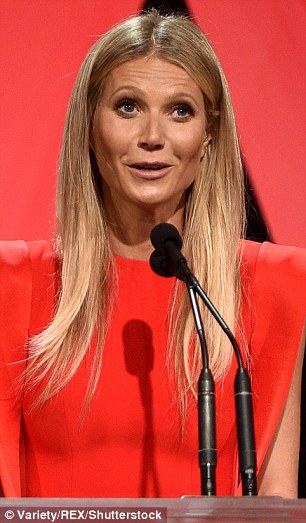 The story came to light as Weinstein’s lawyers tried to get a class-action lawsuit thrown out, using the words and actions of actresses including Paltrow, Meryl Streep and Jennifer Lawrence as evidence of his good behavior.

Weinstein was fired from his own production company in October, when both the New York Times and New Yorker published exposés detailing his years of sexually harassing actresses in the industry.

Paltrow was among the first A-list actresses to come out and accuse Weinstein of misconduct.

Paltrow told the Times that Weinstein, a longtime family friend, made unwanted sexual advances on her when she was just starting out in Hollywood at the age of 22.

After hiring her for the lead role in 1996’s Emma, Paltrow says Weinstein invited her to his hotel room for a business meeting but ended up trying to coax her into a bedroom for massages. She immediately left. 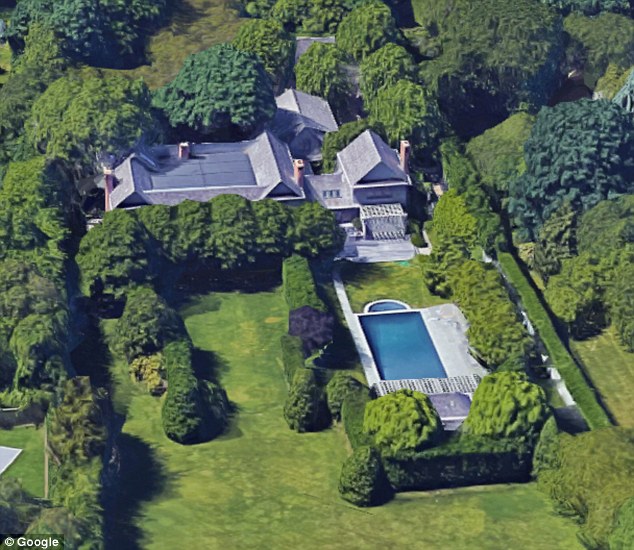 A few months later, Paltrow was among the first A-list actresses to accuse Weinstein of sexual misconduct. Above, the actress’s home in Amagansett

However, she went on to continue working with Weinstein on several films, garnering her the ‘queen of Miramax’ nickname – and an Academy Award for Best Actress for Shakespeare in Love.

Weinstein’s lawyers tried to use Paltrow’s continued working relationship with Weinstein as evidence that her claims were false in an attempt to get a class-action lawsuit thrown out this week.

‘Paltrow was not so offended that she refused to work with Weinstein again, nor did her career suffer as a result of her rebuffing his alleged advances,’ the court papers said. 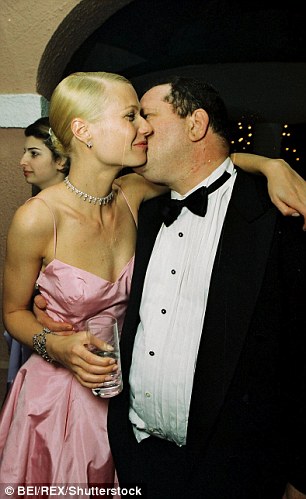 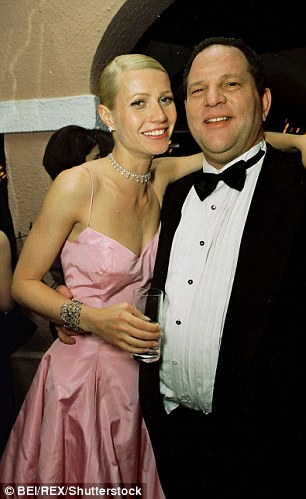 This week, Weinstein’s lawyers tried to dismiss Paltrow’s claims by pointing out how she continued to work with him after the alleged misconduct. Platrow and Weinstein pictured above in 1999, after she won Best Actress at the Oscars for Shakespeare in Love, which he produced

His lawyers also cited comments made by Meryl Streep last October, saying Weinstein had always been respectful in their working relationship, and one from Jennifer Lawrence, in which she said she had worked with Weinstein since she was 20 and ‘he had only ever been nice to me.’

Both actresses were outraged by their inclusion in the court filing and issued swift responses.

Streep said Weinstein invoking her name in his defense is ‘pathetic and exploitative’.

‘The criminal actions he is accused of conducting on the bodies of these women are his responsibility,’ she said.

Lawrence slammed Weinstein, telling TMZ: ‘Harvey Weinstein and his company are continuing to do what they have always done which is to take things out of context and use them for their own benefit.

‘This is what predators do, and it must stop.’ 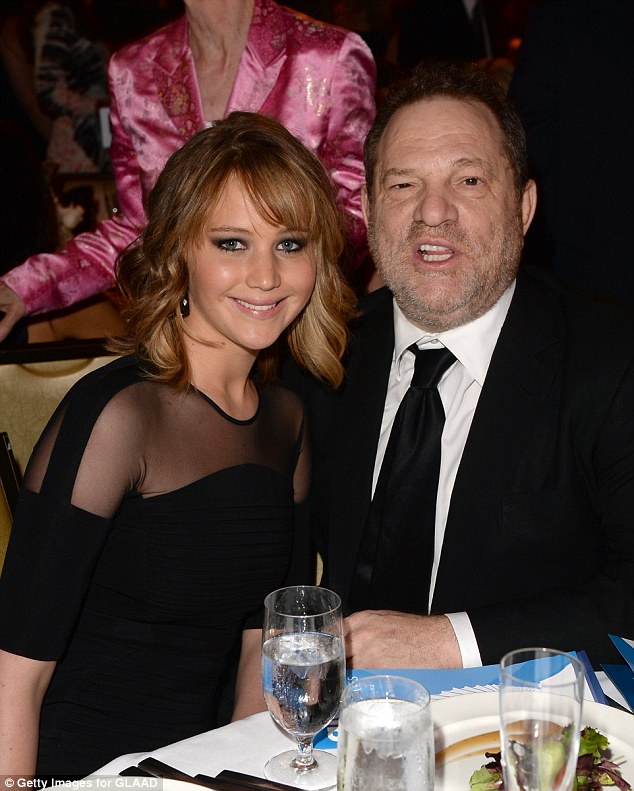 In the legal documents filed on Wednesday, Weinstein’s lawyers also citing Jennifer Lawrence, who said ‘ had only ever been nice to me’. The two pictured above in 2013 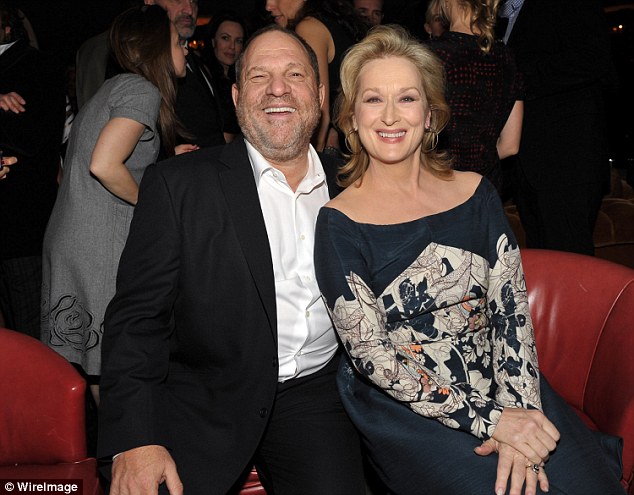 Since the backlash, a spokesman for Mr Weinstein issued a statement saying he has directed his lawyers to stop using the names of actresses he has worked with in court filings.

The statement reads: ‘Mr. Weinstein has been informed that his civil counsel responded in court to a class action lawsuit which improperly sought to include all actresses who had previously worked with Mr. Weinstein, even where those actresses have made no claim of wrongdoing.

‘Even though Mr. Weinstein has worked with hundreds of actresses and actors who had only professional and mutually respectful experiences with him, Mr. Weinstein has directed in the future that no specific names be used by his counsel, even where those actors have made previous public statements about him.

‘Mr. Weinstein acknowledges the valuable input both Meryl Streep and Jennifer Lawrence have contributed to this conversation and apologies. Once again, moving forward, Mr. Weinstein has advised his counsel to not include specific names of former associates; and to avoid whenever possible, even if they are in the public record.’