Hailey Bieber cut a chic figure as she enjoyed a date night with her husband Justin in New York City on Sunday.

The model, 26, looked trendy in a black leather jacket, which she layered above a grey sweater and jeans, while donning black loafers.

She was followed by the singer, 28, who kept things casual in a light blue hoodie, jeans and pale pink trainers, while accessorising with a grey beanie.

Emerging: Hailey Bieber cut a chic figure as she enjoyed a date night with her husband Justin in New York City on Sunday

Hailey wore her glossy brown tresses in a bob and toted her essentials around in a cream handbag.

On Saturday, the Vogue coverstar – who’s known for her long tresses – showed off her new cut by posting two Instagram photos of herself as well as a short video on TikTok where she posed while highlighting the hairdo.

‘Oops,’ she joked in the caption of the first Instagram picture, as well as in the TikTok clip, which at last check already had been liked more than 374,000 times.

And from the sounds of some of her social media followers, the Rhode Beauty founder is likely to continue her fashion-forward ways and inspire some fans to follow her lead and cut their locks short. 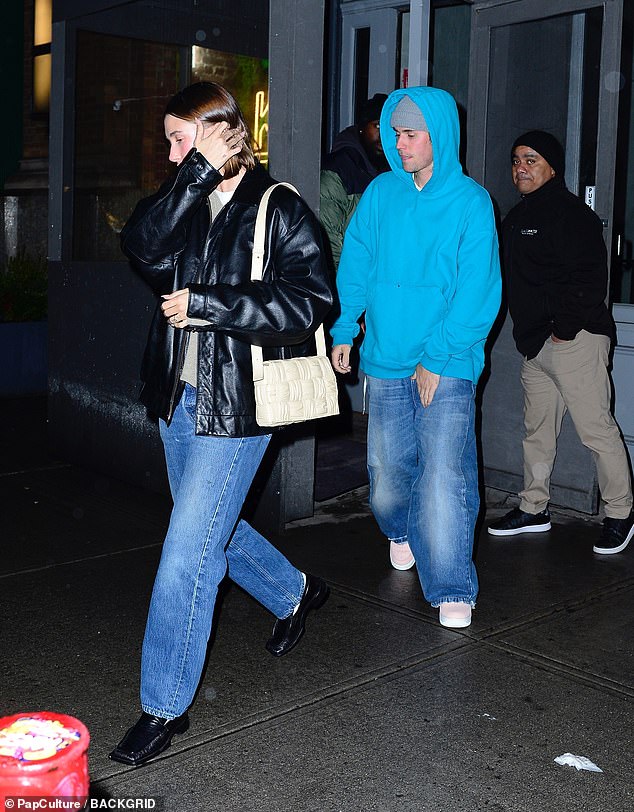 Chic: The model, 26, looked trendy in a black leather jacket 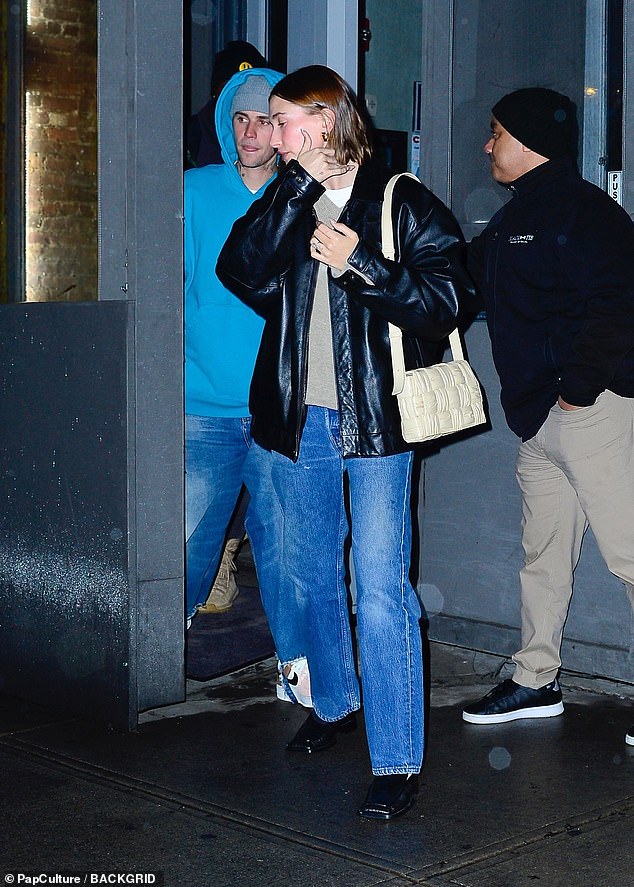 Looking good: She layered the number above a grey sweater and jeans, while donning black loafers

Bieber first struck a side angle pose for a selfie snap while decked out in a black leather University Of Miami jacket with green and orange trim and cool thin-frame sunglasses.

For the second selfie Bieber shot an up-close photo of herself modeling the blunt bob that also revealed the gray shirt she was wearing underneath her coat.

The TikTok clip begins with the model pointing the camera down at her blue sneakers and then panning the shot out to her backyard.

She then flips the video around to show off her new blunt bob, along with her stylish shades and university jacket.

Low-key: She was followed by the singer, 28, who kept things casual in a light blue hoodie, jeans and pale pink trainers, while accessorising with a grey beanie 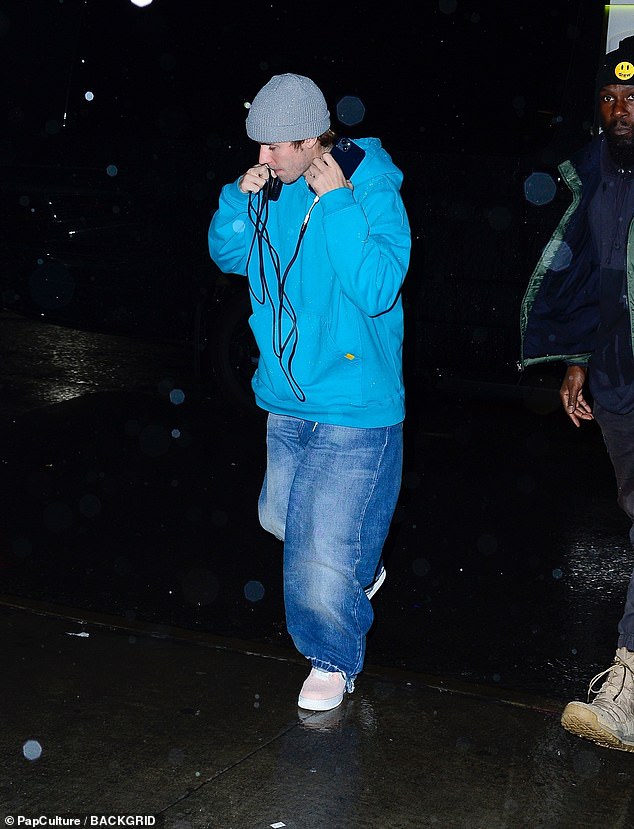 Having fun: Justin prepared to listen to his jams with a pair of black headphones

At this point, the Arizona native lifted one of her arms high into the air with enthusiasm, and followed-up by quickly turning her head to the side and then back.

Bieber’s new hairstyle in the new year prompted a slew of her 11 million TikTok fans and followers to share how influential her style has been in the comments section of the post.

‘I saw Hailey Bieber get a blunt bob so I got a blunt bob,’ one person wrote, which seemed to sum up what many others were thinking when it comes to being a trendsetter.

‘Literally every girl is gonna go cut their hair now lollllll’ another wrote, while others shared comments such as, ‘Hailey’s about to have all the girlies chopping off their hair’ and ‘The Brand new haircut is coming.’

There were also people who just preferred that Bieber stick with her longtime long hair look, with comments like: ‘It took you 3 years to grow out ur hair and u just cut it off???? gurl!!!! gonna miss ur long hair!!!!’

But she also had plenty of followers who support her decision to cut her locks short with comments that included, ‘It looks SO GOOD’ and ‘LOVE.’ 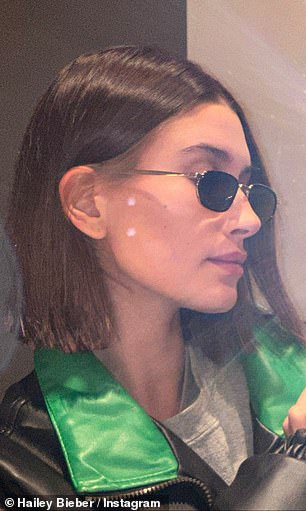 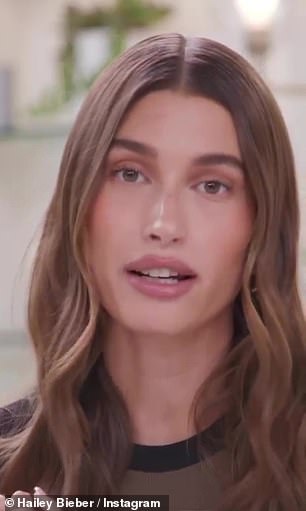 New look for new year: Hailey unveiled her new blunt bob cut with a couple of photos on Instagram and a short TikTok video of herself