A halal businessman who suggested Australia’s white race will die out in 40 years now says all bigots are white Australians.

Mohomed Elmouelhy was slammed in August by Race Discrimination Commissioner Tim Soutphommasane after he told his Facebook followers Muslim men needed to ‘fertilise Australian women’ and ‘keep them surrounded by Muslim babies’.

He later clarified his ‘larrikin’ remarks about Australian men being too busy smoking, drinking beer and injecting drugs to procreate, saying his comments were only directed at those who hated Muslims.

However, he has posted a new inflammatory social media message suggesting only white Australians harboured prejudice.

‘After all the campaigns directed at me I find that not all white skips are bigots but all bigots are white skips,’ he said.

‘However, I appreciate them all, they contribute to my fortune despite themselves.’

The Halal Certification Authority founder, who lives on Sydney’s North Shore, bragged that ingredients in alcoholic beverages, which are forbidden in Islam, contained halal-certified ingredients. 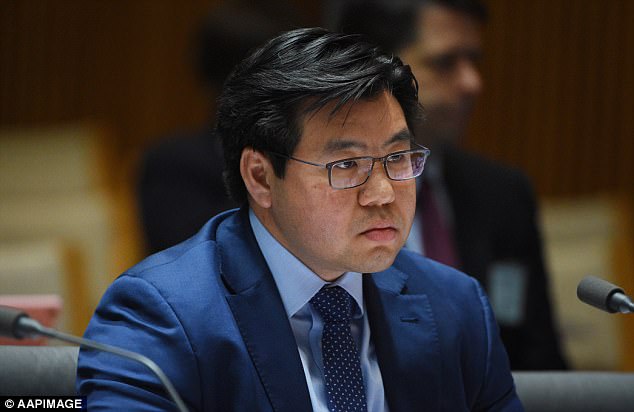 ‘On the day of celebrating the end of the year I celebrate my entrepreneurial prowess and good fortune while my detractors cry in their cups about the fees they pay on their food and drink,’ he said.

‘They are oblivious to the fact that the malt used in their beers are halal certified, ditto the yeast used in wine making.

‘Maybe they drink to forget that despite all their efforts I end the year a winner.’

Dr Soutphommasane in August slammed Mr Elmouelhy for possibly breaching section 18C of the Racial Discrimination Act, which makes it illegal to offend, insult, humiliate or intimidate a race of people.

‘Our society is diminished by provocations based on race,’ Dr Soutphommasane told Daily Mail Australia.

‘I have expressed my concern to Mr Elmouelhy.

‘There is no place for any expression of racial hatred or hostility in our public debate.’

Mr Elmouelhy in August told Sydney radio presenter Chris Smith he was just being a ‘larrikin’.

‘I’m an Australian, Australians are known for being a larrikin,’ he told 2GB’s afternoon show. 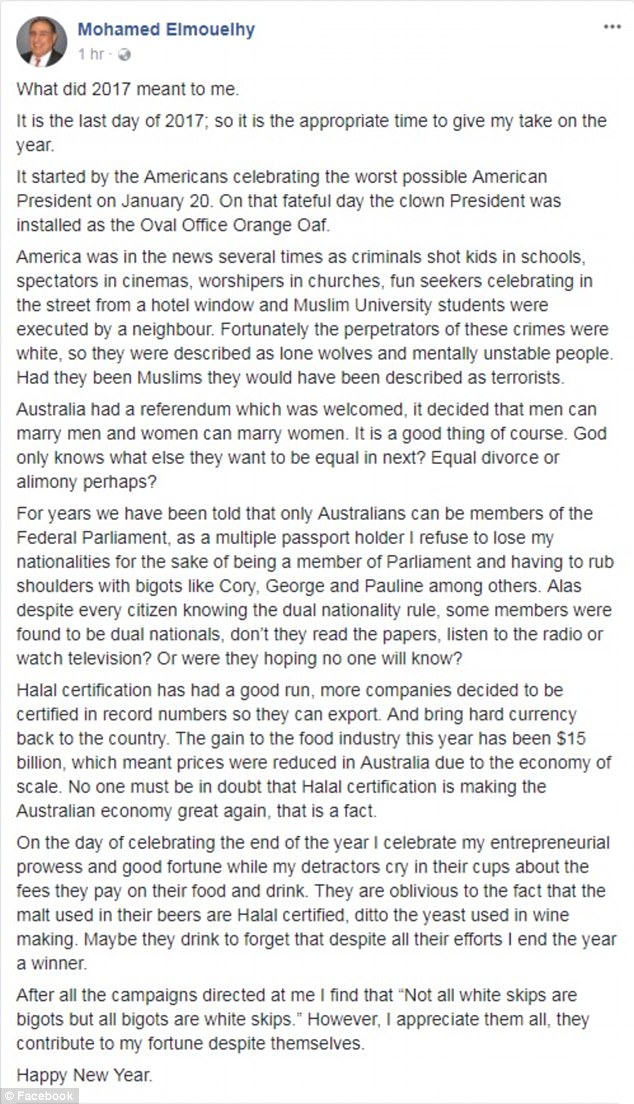 The halal boss told 2GB his post was only aimed at ‘Australian bigots’, not all Australians.

‘I am writing to specific people who are bigots … the thousands of people who assault me on a daily basis, insult my religion, insult Muslims, derogatory things are said every day.’

Mr Elmouelhy’s Facebook post was in response to Hebrew University in Jerusalem which published research showing sperm counts in men from Australia, New Zealand, North America and Europe had declined by more than 50 per cent in less than 40 years.

‘Your men are a dying breed, Australian women need us to fertilise them and keep them surrounded by Muslim babies while beer swilling, cigarette smoking, drug injecting can only dream of what Muslim men are capable of,’ he said. 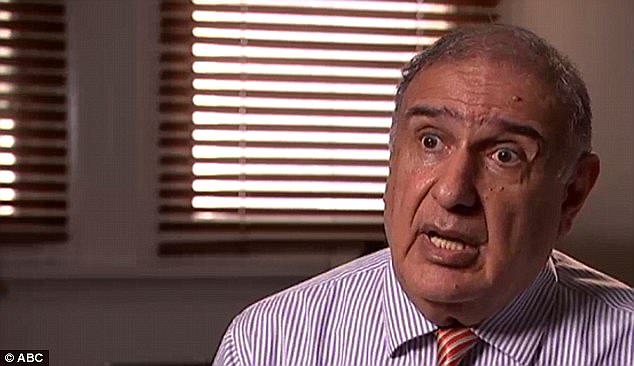 Halal Certification Authority boss defended his comments (pictured) about Australian women needing Muslim men to fertilise them, saying it was all tongue in cheek 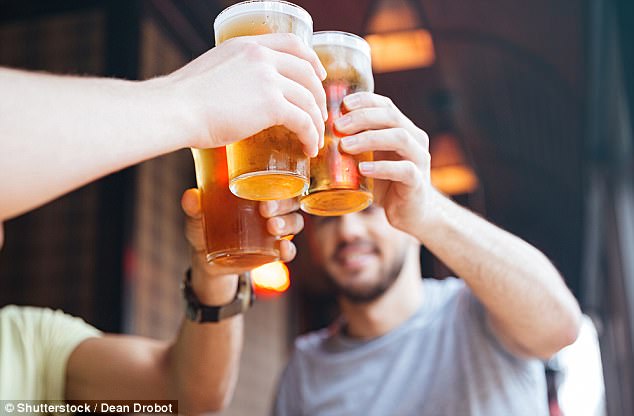 ‘Muslims have a duty to make your women happy.’

Mr Elmouelhy said Australia’s white race ‘will be extinct in another 40 years’ if the country is ‘left to bigots’.

The Muslim businessman called on these ‘bigots’ to kill themselves or plan to die.

‘Because you are declining, better go choose a plot for yourself at your local cemetery,’ he said.

‘If you can’t afford it, commit suicide. It is a cheaper alternative for bigots.’ 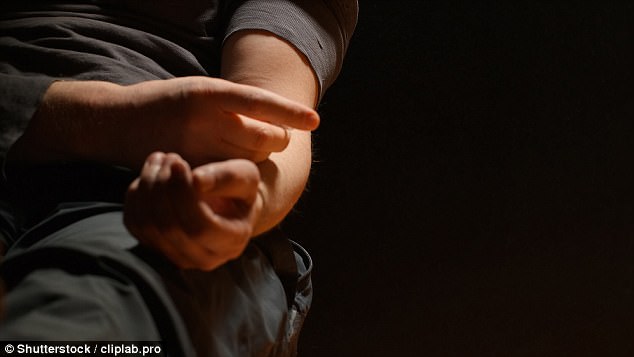 The Hebrew University-Hadassah Braun School of Public Health and Community Medicine in Jerusalem found male fertility had sharply declined by 52 per cent, between 1973 and 2011.

Mr Elmouelhy’s post was written just days after he predicted more non-Muslims in Australia would be eating more halal food than ever.

Australia’s Muslim population soared to more than 604,000 people, overtaking Buddhism as the most popular non-Christian religion, and marking a significant jump from 341,000 a decade earlier.