U.S. ambassador to the UN Nikki Haley said she isn’t gunning to replace Rex Tillerson as secretary of state.

Haley got asked about her own ambitions at the end of four days in the spotlight during the UN General Assembly.

Asked about rumors she was gunning to be secretary of state or was maneuvering to push out Rex Tillerson, she responded: ‘There’s gonna be chatter about things.’

‘Ever since I was a legislator people have talked about what I’m trying to do, or what I’m supposed to do,’ Haley said, referencing her time in South Carolina politics,’ she said.

HANG ON A SECOND: ‘If people want to take it to mean something else, that’s their issue, it’s not anything I spend time on,’ Haley said, denying interest in becoming secretary of state

Asked point blank whether she wanted the job, she responded: ‘No, I do not.’

‘That’s what I’m trying to do and I’m trying to serve this president and this country the best I can. If people want to take it to mean something else, that’s their issue, it’s not anything I spend time on,’ she concluded.

Haley has earned plaudits for her first eight months on the job. She has chastized Russia for its ‘aggressive actions,’ marshaled through resolutions to crack down on North Korea, and denounced the ‘horrible acts’ in Charlottesville, showing some political deftness who came into her job without foreign policy experience. 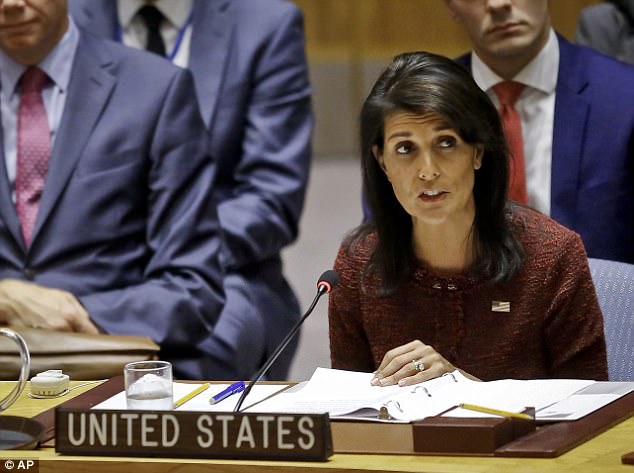 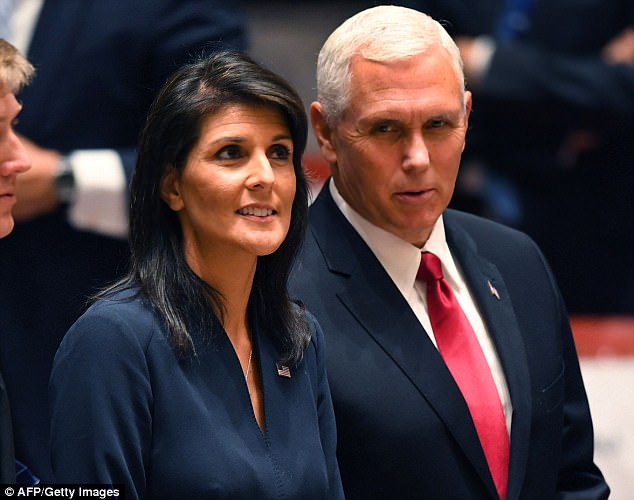 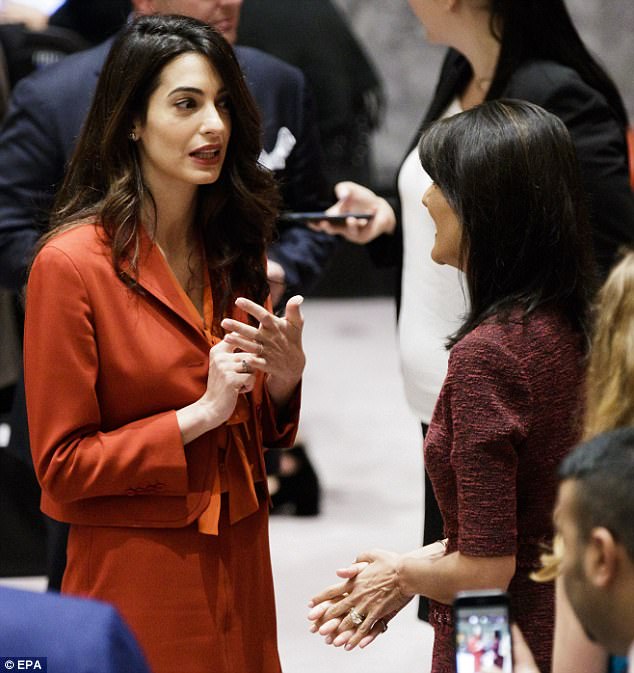 AMAL ABOUT MY CURRENT JOB: Human rights lawyer Amal Clooney (L) talks with United States Ambassador to the United Nations Nikki Haley (R) before the start of a United Nations Security Council meeting on threats to international peace and security on the sidelines of the General Debate of the 72nd United Nations General Assembly at UN headquarters in New York, New York 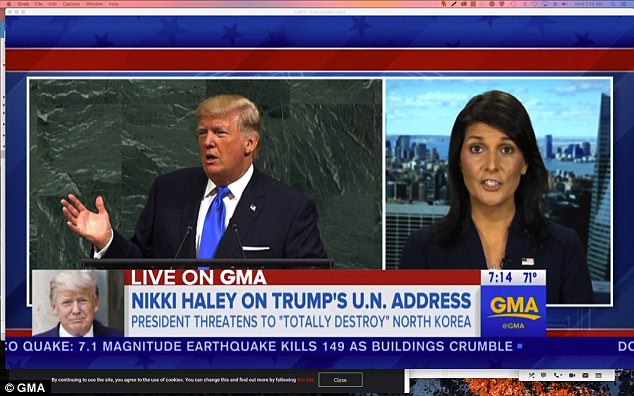 Tillerson, a former Exxon CEO, meanwhile, has taken fire for holding a low profile, seeking to slash staffing at his department, and walling off the press.

Former Bush state department official Eliot Cohen said Tillerson ‘is going to go down as one of the worst secretaries of state this country has had.’