Half of adults in the UK have the maths ability of a primary school child, new study shows

Half of adults in the UK have the maths ability of a primary school child, new study shows

Millions of adults lack basic numeracy skills, with half of those of working age having the maths ability expected of a primary school child.

This costs the economy £388million a week, says the charity National Numeracy.

Two thousand adults aged 16 to 75 were asked five basic maths questions by the charity with no time limit and were allowed pen, paper and calculator.

Millions of adults lack basic numeracy skills, with half of those of working age having the maths ability expected of a primary school child

Just over half got no more than two right. They are ‘unprepared for everyday life’, said the charity.

Follow up surveys of 101 MPs and 591 business leaders found that they under-estimated the percentage of participants with poor numeracy – and the financial impact on the economy.

Company heads believed the cost of poor numeracy to be £7million a week, compared to the actual figure of £388million.

More than 90 per cent of business leaders and 99 per cent of MPs supported a ‘renewed focus’ on adult numeracy by both government and employers.

A joint report from National Numeracy and broker, TP ICAP, calls on the government to launch a new campaign to tackle the issue.

It also wants the Treasury to ring-fence a portion of the Apprenticeship Levy funding to be spent on improving numeracy. 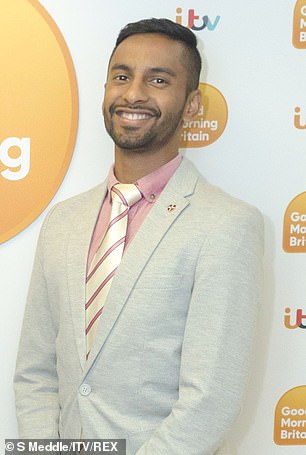 Mike Ellicock, chief executive of National Numeracy said: ‘There are millions of people whose confidence with numbers has been completely shattered for one reason or another.

‘It’s the number one barrier to improvement – yet none of the adult skills initiatives over the years, including those currently proposed, pay any attention to overcoming this.

‘It’s encouraging to see that MPs and business leaders agree with our call for a renewed focus and it’s vital that the next government act to definitively change things.’

‘Creating a truly number-confident nation will require much wider, collective support and we call on everyone to join us in helping to change millions of lives for the better.’

Bobby Seagull, a National Numeracy ambassador and television presenter added: ‘As a school maths teacher, I have seen too many young people and their parents experiencing maths anxiety.

‘This can damage their long-term confidence with numbers. As a nation, we need to challenge the notion that only a certain kind of person can do maths.’