Half of Brits would rather give-up sex than sugar

They are, without question, two of life’s greatest pleasures.

But, according to new research conducted by Simplyhealth, nearly half of British people would rather sacrifice sex than their daily sugar hit.

That’s the conclusion of data released on Friday, which surveyed more than 2,000 people about their eating and lifestyle habits.

A surprising 41 per cent confessed they’d happily forgo intimacy instead of sweet treats, while 1 in 10 could not go a single day without sugar.

A quarter of people said they have no interest in quitting sugar – despite worrying about its effect on weight (39%), diabetes (33%) and oral health (9%).

This is despite a series of lucrative government awareness campaigns, which warn people of unhealthy diets and the associated risks.

The reluctance to quit may stem from a lack of resources. 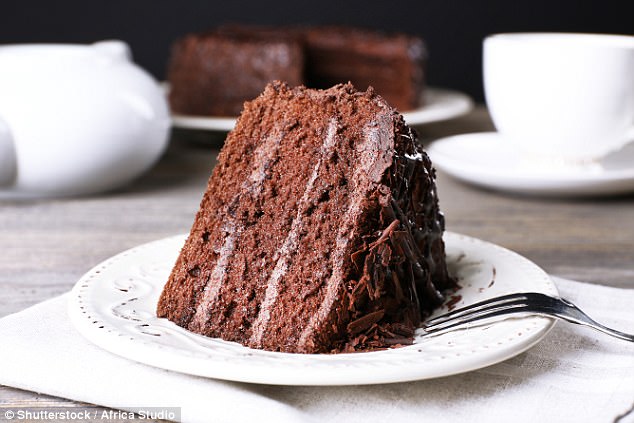 Cause and effect: Nutritionists reveal acne breakouts and low sex drive can be caused by sugar

When asked what they would find most useful to help decrease sugar intake, almost two fifths of people (39%) said better knowledge of sugar alternatives would help, while 32% said more access to recipes for low-sugar meals.

A sugar rich diet may be fueling various forms of cancer, as new research confirms a long suspected belief.

Previous studies have suggested that tumors thrive off sugar, using it as energy to mutate and spread across the body.

Now scientists have shown one type of cancer – which can be found in the lungs, head and neck, esophagus and cervix – has more of a sweet tooth than others.

This form of the disease used higher levels of a protein that carries glucose to cells to enable them to multiply, they discovered.

Health officials across the world have stood firm on their stance towards sugar in recent years, despite growing evidence showing it to potentially fuel tumor growth.

Instead, they highlight the fact that all cells, not just cancerous ones, require energy, which is found in the form of glucose, to survive.

Meanwhile, when it comes to sugar consumption, 36% of people worry about tooth loss, as well as gum disease (22%) and bad breath (19%).

Commenting on the survey’s finding, Head of Dental Policy at Simplyhealth, Dr Henry Clover, says: ‘Every time we have something sugary to eat or drink, bacteria in our mouths feed on this sugar and produce harmful acids, which can cause tooth decay.

‘It then takes our saliva around an hour to neutralise these acids and return our mouths to normal. This means the more times a day you expose your teeth to sugar, the more you increase your chances of tooth decay.

‘This research suggests that many people find going ‘cold turkey’ on sugar particularly difficult because the sudden change in lifestyle can cause mood swings, problems concentrating or low energy levels.

‘By gradually decreasing our sugar intake we are dramatically reducing the risk of oral health problems. In addition to healthier teeth, people who cut-down on sugar may also experience weight loss, improved skin and increased energy levels.

‘Going totally sugar-free isn’t always easy but there are websites such as sugarswapseptember.co.uk that are packed with hint and tips on how to make sugar swaps, sugar-free recipes and charts to help you track your progress as you curb your sugar consumption.’