Halle Berry not only has an Oscar to her name – she can also claim to have won the royal seal of approval, and she wants everyone to know about it.

The 52-year-old shared a cheeky tweet on Wednesday in which she called out Prince Harry for having a sexy picture of her pinned to the wall of his school dorm room at Eton College when he was just 18, after images of the space resurfaced this week, prompting another round of scrutiny over the prince’s choice of decor.

Sharing an image of Prince Harry from the 15-year-old shoot on her Twitter account, along with a zoomed-in crop of her picture up on the wall behind his head, Halle jokingly wrote: ‘OK Prince Harry, I see you!’ along with a crying laugh face for good measure.

There she is! This newly-resurfaced image of Prince Harry’s school dorm room reveal that he had a poster of Halle Berry pinned up on his wall 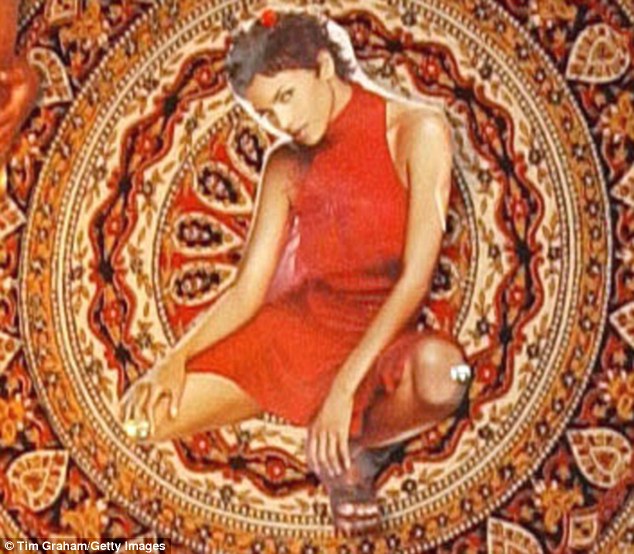 Busted! The 52-year-old actress quickly called the royal out on Twitter, even including a zoomed-in version of the photo so her followers could clearly see the poster of her on the wall

Cheeky: Halle also tagged Missy Elliott, making a reference to her hit 2002 song Work It, which included the lyric, ‘Don’t I look like a Halle Berry poster?’

She then make a reference to Missy Elliott’s hit 2002 song Work It, tagging the rapper in the tweet, and adding the hashtag #HalleBerryPosta, which is a lyric in the popular song.

In the photo shared by Halle, a grinning Harry, now 33 and happily married to Meghan Markle, can be seen sitting comfortably in an office chair that is positioned between a desk and a dresser. 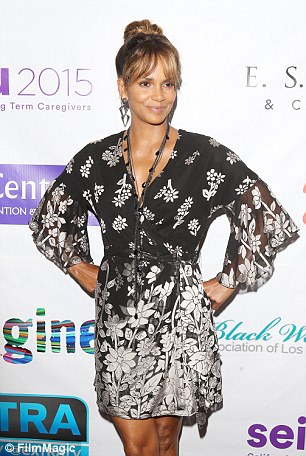 Stunner: Halle, pictured in June, was around 37 years old at the time that the photo was taken, while Harry was just 18

Behind him, the wall is covered in posters, England flags, and a very large orange, brown and red pattered tapestry that dominates the center of the space.

And, at the very heart of its circular design sits a cut-out of Halle, presumably taken from a magazine, that shows her modeling a sexy red dress while squatting provocatively on the ground.

To either side of the actress and slightly out of frame are two other images of scantily-clad women, whose heads have been lost thanks to the crop of the photo.

Halle’s tweet about the photos quickly racked up thousands of likes on the social media site, while hundreds of her fans shared their amusement at Harry’s choice of wall decor – as others simply praised him for choosing to feature a picture of the stunning star.

They were not the only ones to share their excitement about the resurfaced shoot however, which took place at Harry’s exclusive Berkshire private school, where he lived from 1998 to 2003.

At the time, photographers were invited into his private dormitory to capture the essence of the then-teen’s day-to-day life, from polishing his shoes and making toast to painting a canvas.

And in a picture of Harry posing at his desk, two bikini-clad women are seen on his wall, as well as a framed black and white portrait of his late mother Princess Diana. 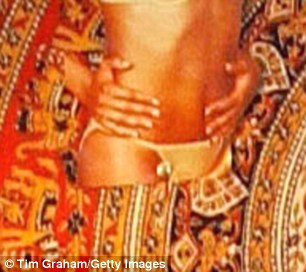 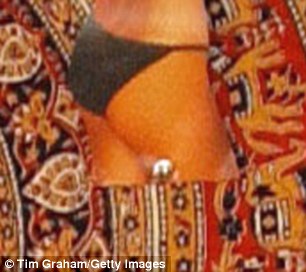 Saucy: Upon closer inspection, two other cut-outs of bikini-clad women can be seen stuck to the tapestry alongside Halle, although their faces are cropped out of the frame 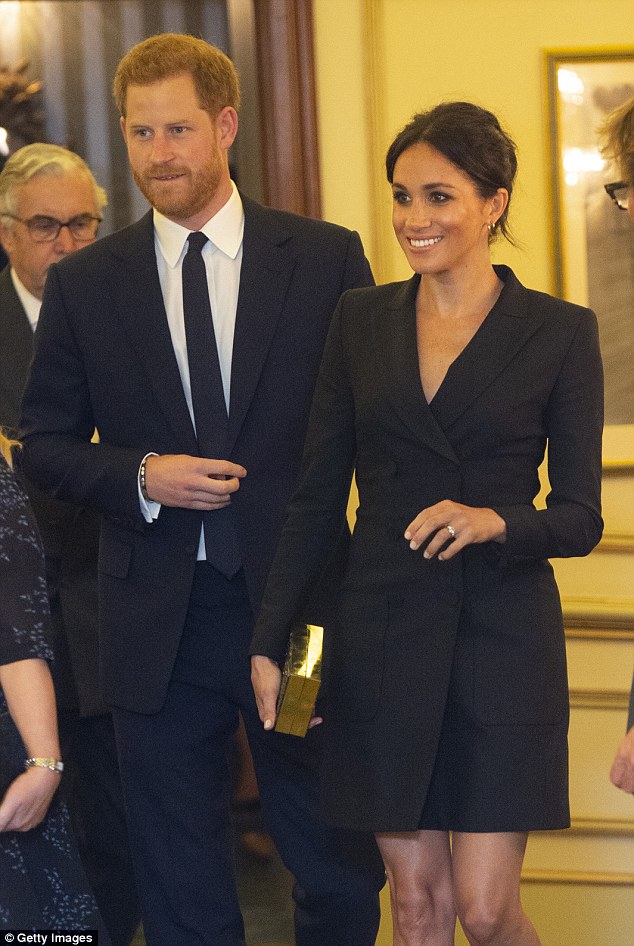 He’s moved on! Prince Harry wed Halle’s fellow American actress Meghan Markle in May of this year. On Wednesday night, the pair attended a charity performance of Hamilton

An England flag drapes on his wall, and cups and glasses are scattered around with a stereo, speakers, lynx deodorant and an electric toothbrush all showing.

Another image of Harry sitting on his bed polishing his shoes shows a poster of the famous ‘Lunch atop a Skyscraper’ on his wall, next to an image of a snowboarding resort and a picture of his father, Prince Charles and mother Princess Diana.

To his side is a framed photo of what appears to be his grandmother, the Queen.

A keen artist, Harry studied the subject, along with Geography to A-level, where he got B and D grades respectively.

In two images the young Harry poses in Eton’s art room next to a skeleton in one and painting a canvas in another.

Before his a-levels, Harry got 11 GCSEs at the now £40,668-a-year school, one less than big brother and fellow alumnus William.

But it wasn’t all about academia for the young Prince, and while at the school Harry showed off his sporting prowess as House Captain of Games, making him a senior prefect at the school.

The future Duke of Sussex also played in the school’s cricket, polo and rugby teams.