Commercials, typically, are designed to make the viewer want to buy the thing the brand is selling.

But Halo Top, it seems, is taking a decidedly different approach.

The company — which sells low-calorie, high-protein ice cream that recently became the most popular pint in the US — debuted a new commercial last week that would make event he most dedicated frozen dairy lover think twice before digging in ever again.

Most popular: Halo Top recently became the best-selling pint of ice cream in the US 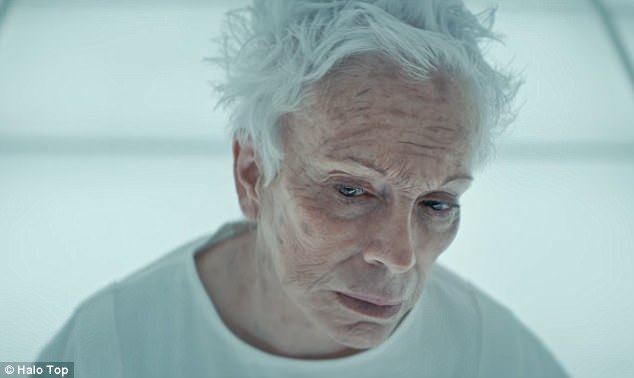 The commercial opens on a pristine all-white room that looks like it belongs in a sci-fi thriller.

Sitting in the middle of the room, barefoot and dressed only in a white robe, is a white-haired elderly woman who looks terrified.

An old-timey jingle about ice cream — with a creepy, tinny quality to it — plays as she looks around the room, her eyes finally settling on a robot that is moving toward her.

‘Good morning. It is time for ice cream,’ the robot tells her, holding a cup and lifting a spoon of vanilla ice cream to her mouth.

Her brow furrowed, she eats the ice cream off the spoon and notes that it tastes good. But when she tries to ask a question, the robot interrupts her, insisting she must eat more ice cream. 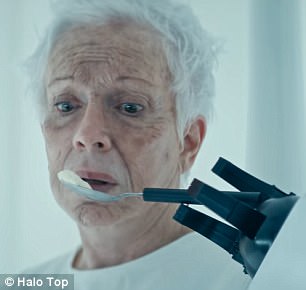 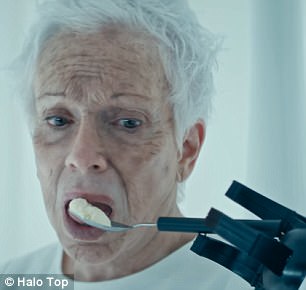 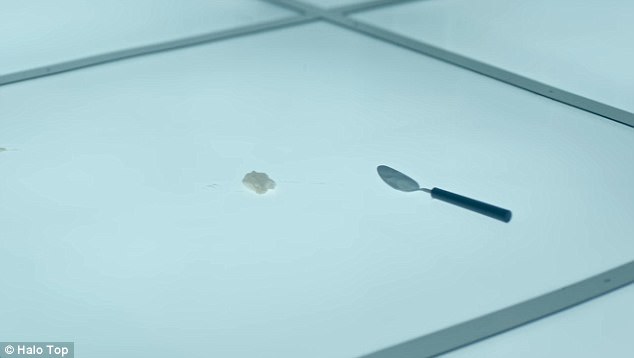 What’s going on? Finally, she refuses the ice cream and pushes it away, demanding answers 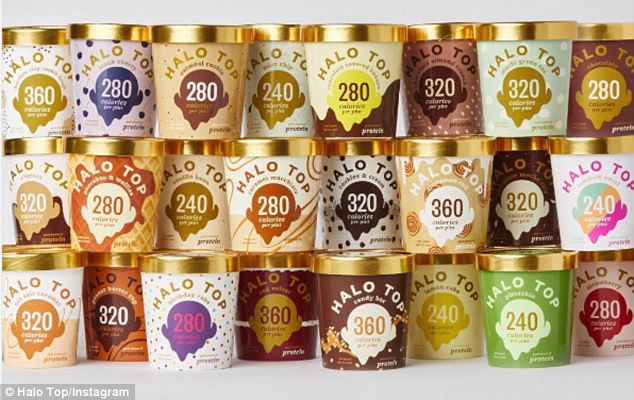 It ain’t vanilla: The commercial was directed by parody video maker Mike Diva

‘What is this place?’ she asks, to which the robot simply replies that she should ‘eat the ice cream’ and shoves the spoon toward her mouth.

‘How long have I been here?’ she asks, panicked, as the robot continued to push, telling her: ‘You’re so hungry for delicious ice cream.’

With a struggle, she knocks the spoon away and onto the floor and then sadly asks, ‘Where’s David?’

The center of the robot then opens, revealing a scoop of vanilla ice cream in a cone, which the robot puts forward.

‘Everyone you love is gone,’ it says. ‘There is only ice cream.’ 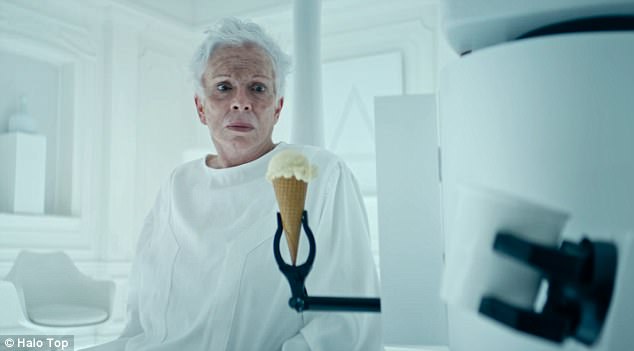 Deserted with dessert: The robots continue to push ice cream on her, telling the scared woman that her loved ones are all gone

Having some fun: CEO Justin Woolverton said they could have done a ‘boring’ ad but this is more entertaining

In the furure, there is only ice cream… Woolverton said he loves dystopian and sci-fi stories

The horrified old woman starts to cry, and the music in the background becomes easier to hear as the words ring out: ‘Don’t breathe or scream… ice cream, that’s all you need.’

The ad is incredibly bizarre and has already left many viewers questioning whether or not to ever eat ice cream again.

Interestingly, the ad was created by Mike Dahlquist (also known as Mike Diva), who is actually known for making parody videos and commercials — but this one is very real.

According to AdWeek, it will run online and in theaters, particularly before showings of Stephen King’s It. 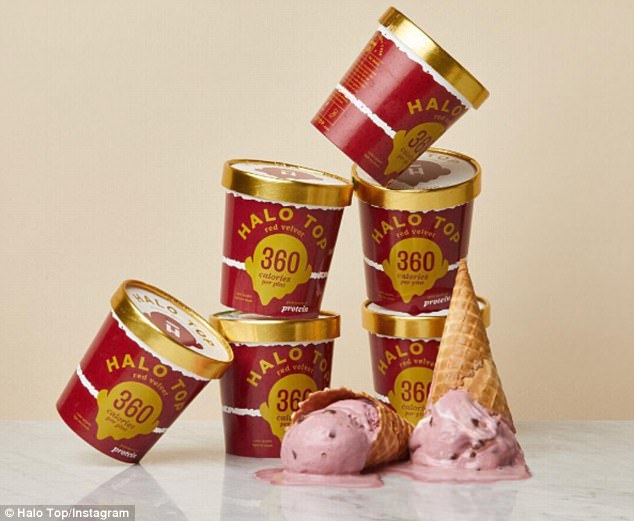 ‘We could do the typical, “Hey, here’s a jingly ad where everybody likes ice cream” ad, but isn’t that boring?’ said CEO Justin Woolverton, according to Delish. ‘We wanted to do something that’s a reflection of our company — we’re a collection of personalities here, not a big, corporate structure — and give our fans something they could enjoy.’

He added: ‘People keep comparing it to Black Mirror, which I love. I love dystopian, I love sci-fi. I like how it makes you wonder, “What’s going on?’ ‘What’s happening next?”

‘I’m getting a kick out of what everybody says. It’s pretty fun to read the comments. I’ve seen everything from, “This is my favorite thing” to “I’m never eating ice cream again.”‘