Lewis Hamilton, his nerves chewed and emotions drained, emerged blinking into a euphoric joy as a five-times world champion.

The mathematics beforehand indicated his task should be straightforward but there were moments of awful, crippling anxiety during this Mexican Grand Prix. A coronation? A formality? Well, it did not feel anything like that to him or to us.

Appropriately, however, there were glimpses of Hamilton’s abundant gifts that make him worthy of inclusion alongside Juan Fangio in the history books as a quintuple great, behind only Michael Schumacher on seven. And there was the Britain in the thronged Foro Sol stadium area aftrewards, pulling up in his Mercedes to soak up leeping Mexican approval. 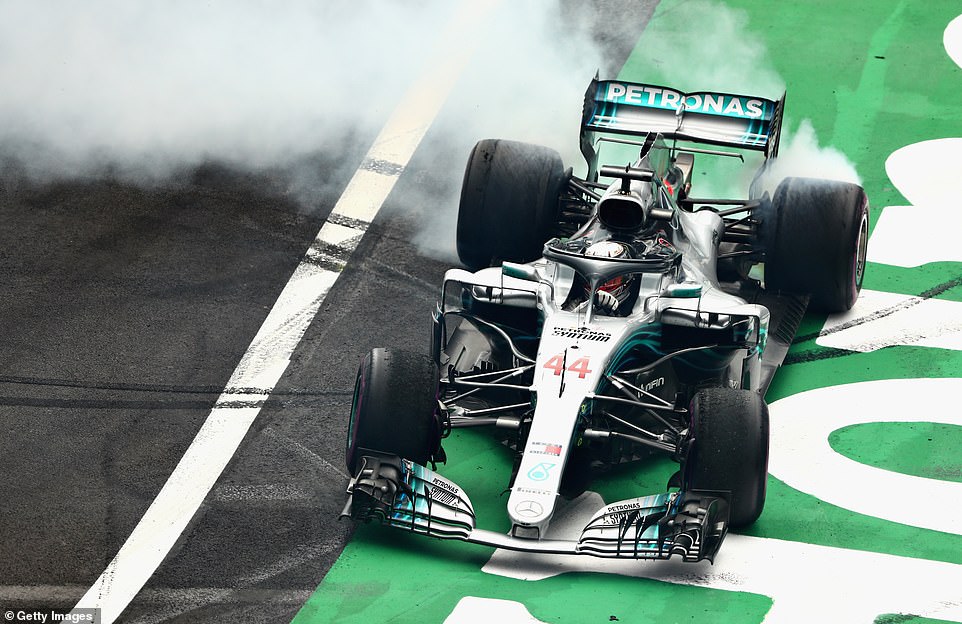 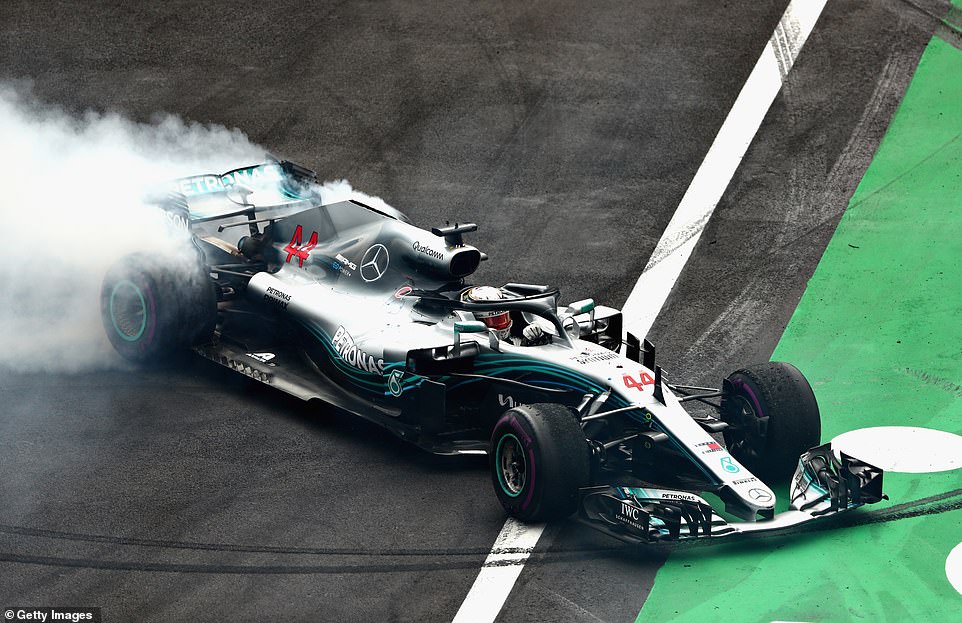 We also saw a defiant, but all too belated, fight from Ferrari’s Sebastian Vettel, who drove wonderfully well to take second place behind Red Bull’s Max Verstappen, with Hamilton finishing an adequate fourth.

Hamilton struggled to the end despite feeling vibrations in his car, fretting over his tyres in exasperated radio exchanges, and haemorrhaging time as his rubber gave him a mighty migraine.

He even ran off wide trying to hold his position on tyres with no grip left.. ‘What is going on, guys?’ he asked. ‘These tyres are dead.’ That was when he lost third place to Daniel Ricciardo, who himself later retired when his dodgy Renault engine gave up the ghost. 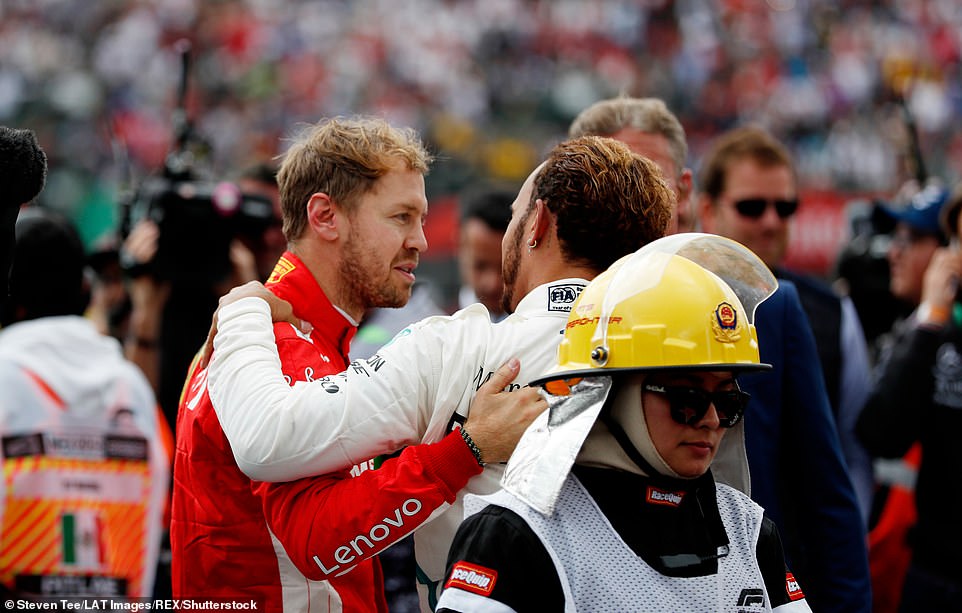 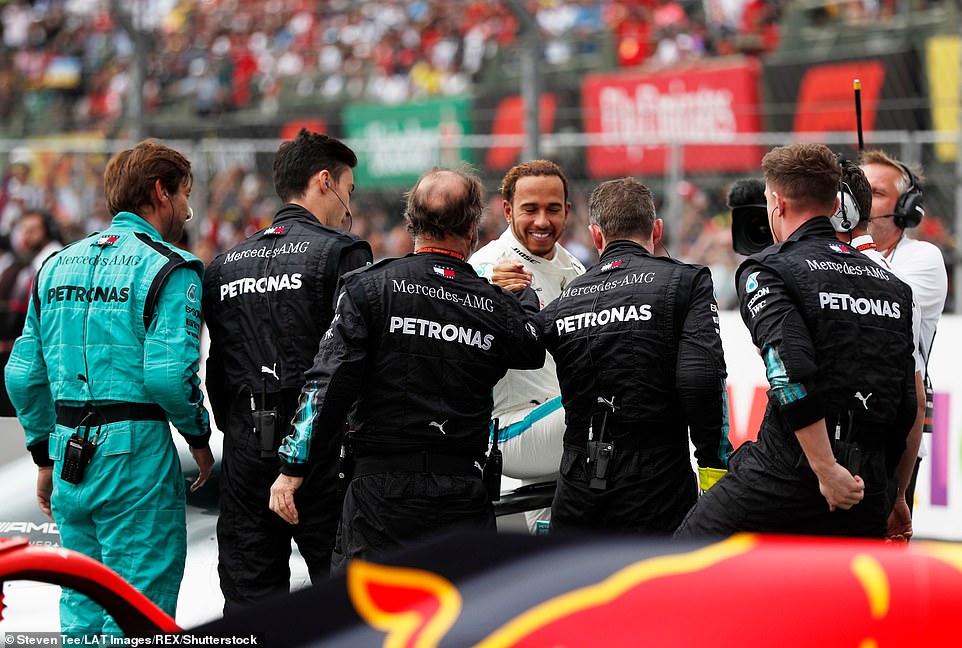 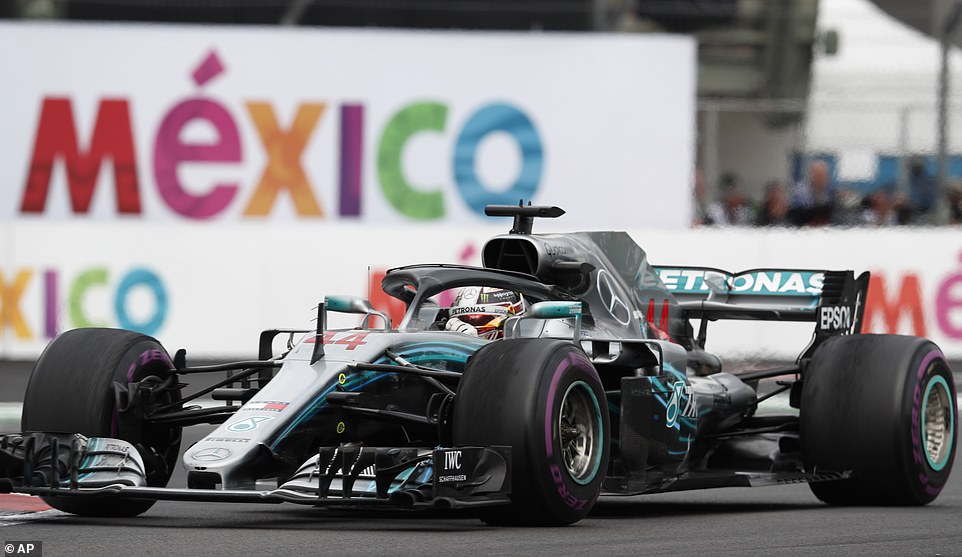 Despite symptoms of acute mountain sickness within Mercedes at the Autodromo Hermanos Rodriguez – 7,500ft above sea level – Hamilton’s existing statistical advantage over Vettel was such that he did not even have to finish the race to wrap up the title if Vettel did not win it. That acted as a great buffer, a pill against the pain.

But enough of the drama. Credit where it is amply due, to the champion. The day’s first flash of magic contained in Hamilton’s right boot, and uncanny spatial awareness, came off the start, the half-mile-long road down to a first corner pregnant with danger. He possess the nose of a bloodhound and there he was planting his Mercedes right down the middle of the two Red Bulls which had started in front of him.

He stayed ahead of pole man Ricciardo but was helpless to let Max Verstappen through on the opening right-hander. Still, it was a wonderful move, confirming the hopes we placed in him all those years ago, when as a 22-year-rookie he unfurled his genius on the first lap in Melbourne, on a March afternoon debut in 2007 the wonder of which presaged all that has come to pass since. 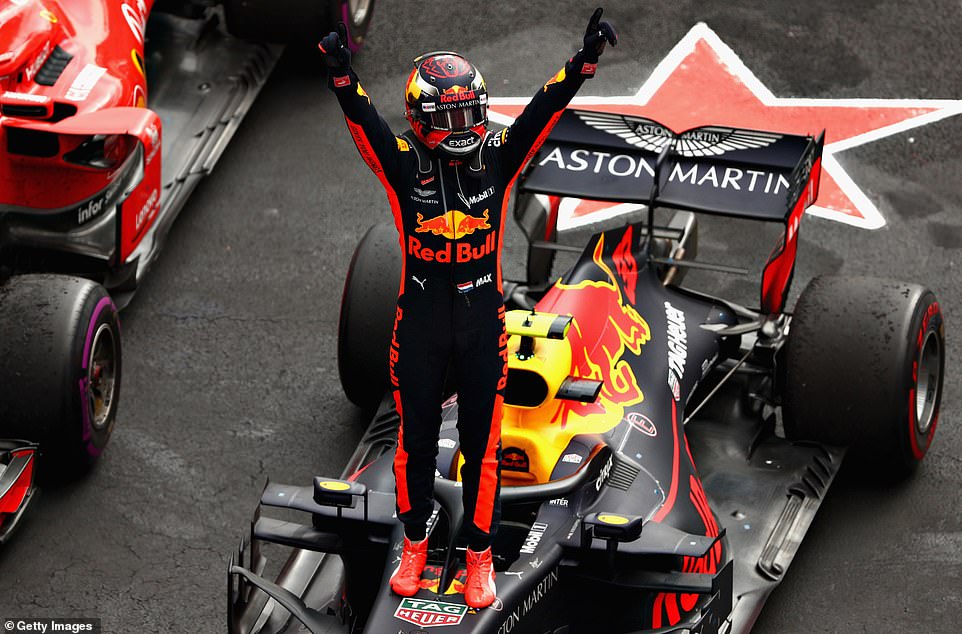 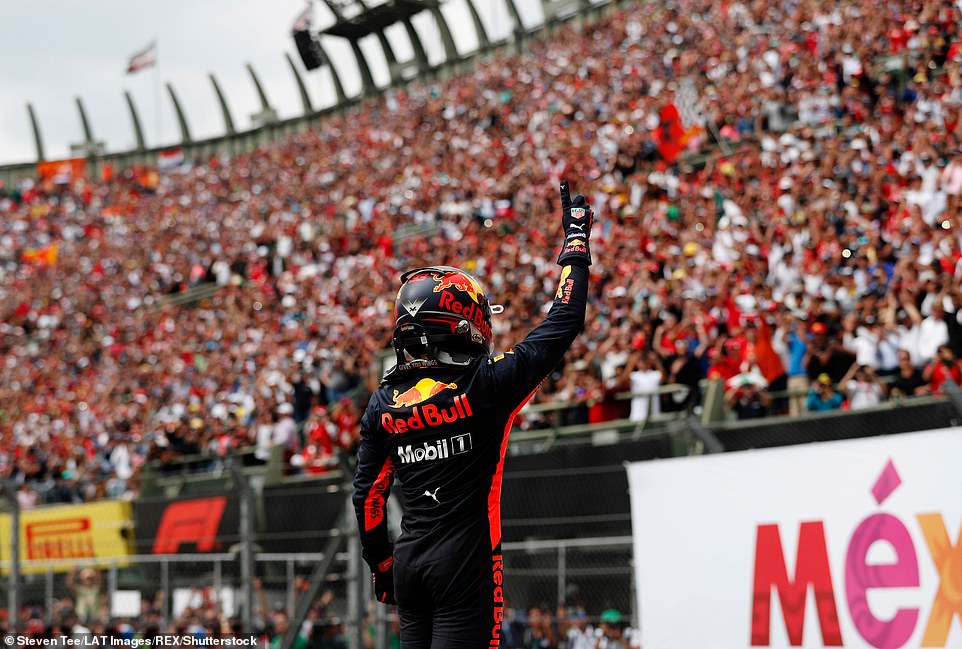 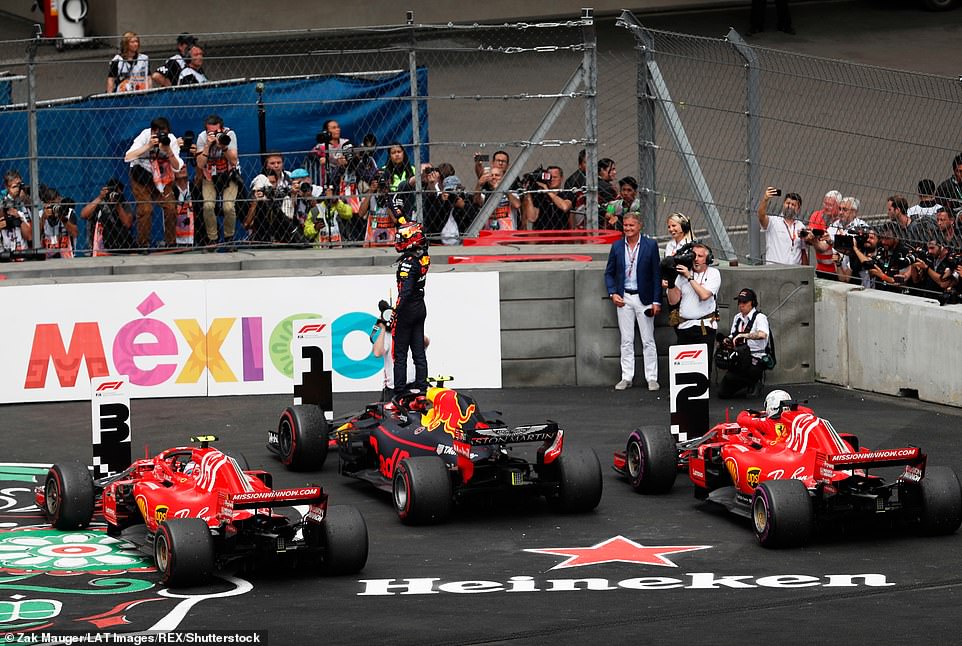 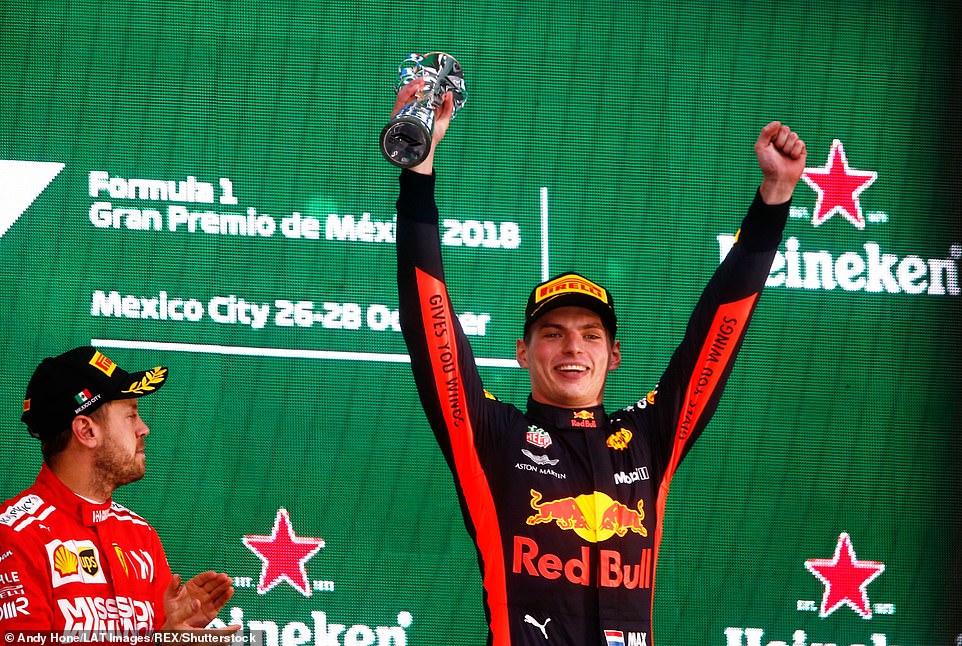 Vettel yesterday had to accomplish a task beyond him in a fine career of 52 wins, namely come from as low as fourth to take victory to spin the title out into the penultimate round of the season in. Still, there were those murmurs of concern for our man.

Hamilton, no doubt burdened by history being so close at hand yet not quite within his fingers, expressed early disquiet at the state of his tyres. ‘They are fragile,’ he said during his first stint.

He was the first man in to be reshod. He then had to pass Kimi Raikkonen in the second Ferrari. At this point, with the rest of the frontrunners having stopped, Vettel was in front. It was a technicality and thankfully a short-lived phenomenon.

But how would Hamilton tackle Raikkonen? Stay ultra-safe or take the Finn on? He struck the balance perfectly, his head clear enough amid the exigencies of the day. He made his move at the first corner, stayed up with Raikkonen at the second, and threaded himself through at the third. Right, left, right, he marched on. 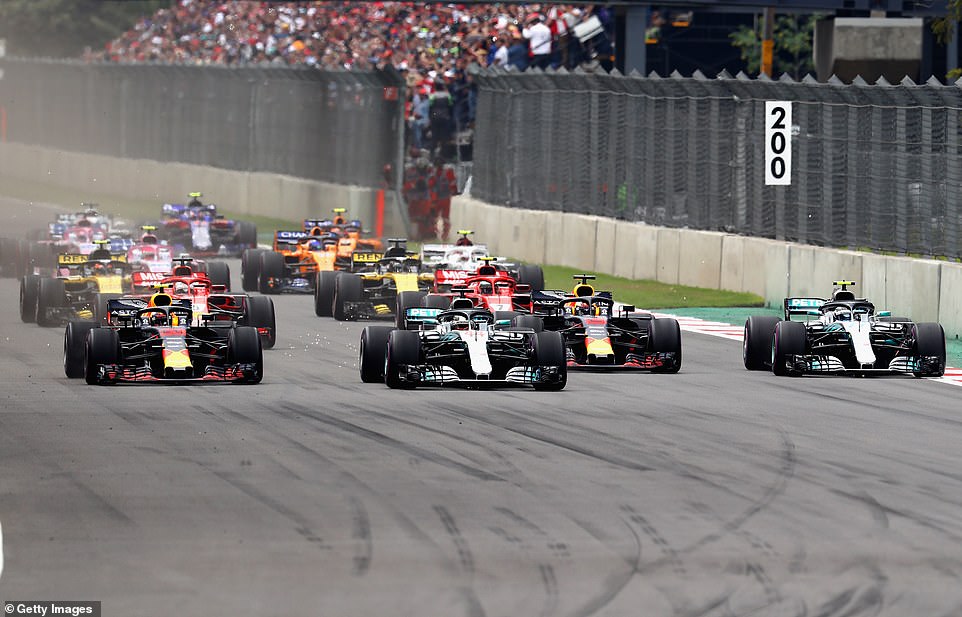 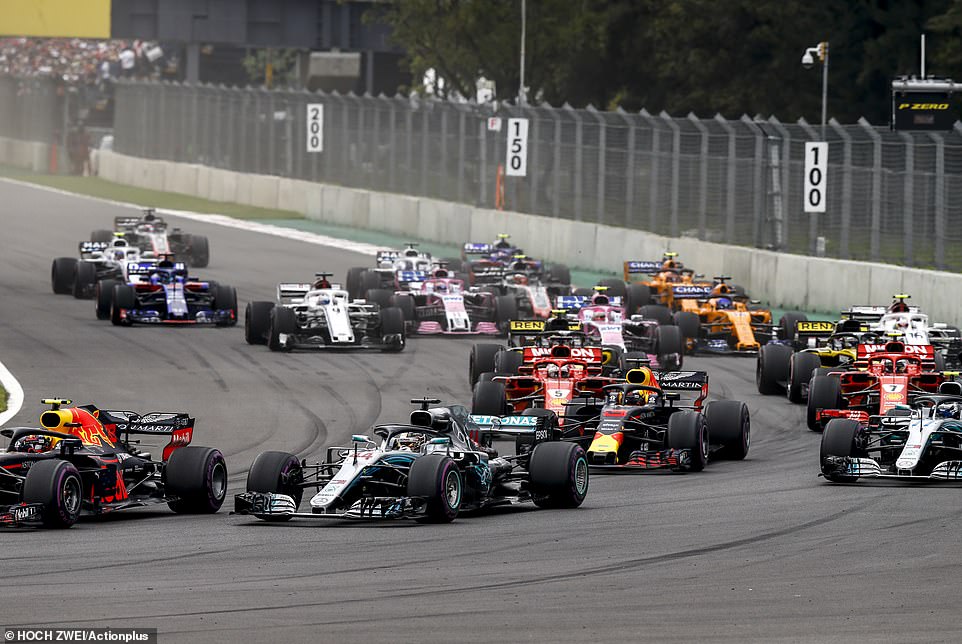 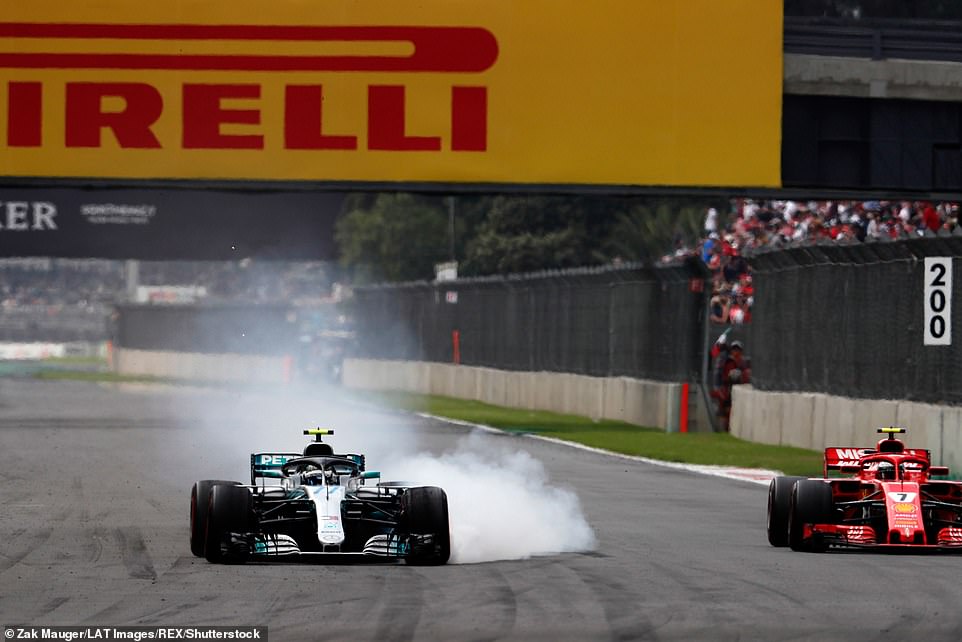 Mercedes though would struggle all afternoon due to tyre graining, with Valtteri Bottas locking his front tyre 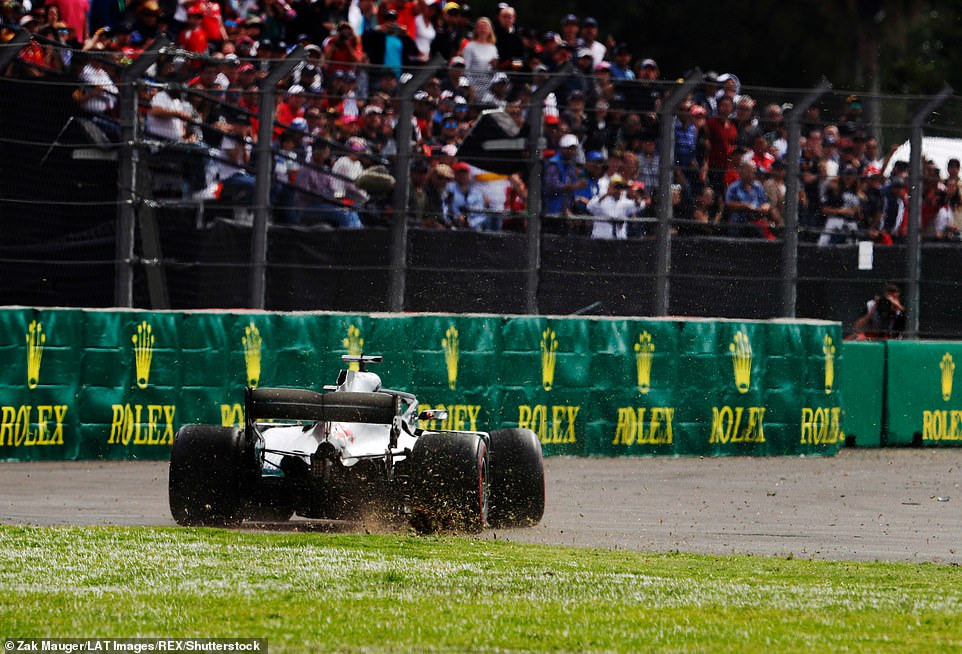 We have grown accustomed to extraordinary feats from a mature Hamilton in this the strongest season of his life. We have almost forgotten his remarkable journey to this place among the stars. When he arrived in Formula One it was a Caucasian enclave and yesterday’s rarity has become the icon of today.

Yes, he was helped here by the backing of Ron Dennis at McLaren, but all the team could do was corral his preternatural talents for racing. He then faced all the relentless pressures of sudden fame. At times he struggled to know himself, let alone face the world.

But watching last night proudly was the ambitious father, Anthony, who took on four jobs to fund his boy’s inexorable rise up the karting ranks. He sent me a text saying: ‘This has been coming since 2007. I tried to tell everyone that Lewis was going to be monstrous.’ It has been said in some quarters that Hamilton has been helped to the title by Vettel’s mistakes and Ferrari’s frailties. He has made nine major errors and they have thrown away a speed advantage they held in early summer. But dishonouring Hamilton is like putting Muhammad Ali’s greatness down to the vulnerable chins of his opponents.

And here, it was gratifying to see Vettel show something of his talent in bravely passing Ricciardo mid-race to move up to third and then pass Hamilton, ailing on his tyres.

Hamilton is a true champion, even after a torrid day like this. Perhaps especially because of it. As Ali said, a champion has to have, ‘drive, a dream, a vision. He has to have the skill as well as the will. But the will has to be stronger than the skill.’ 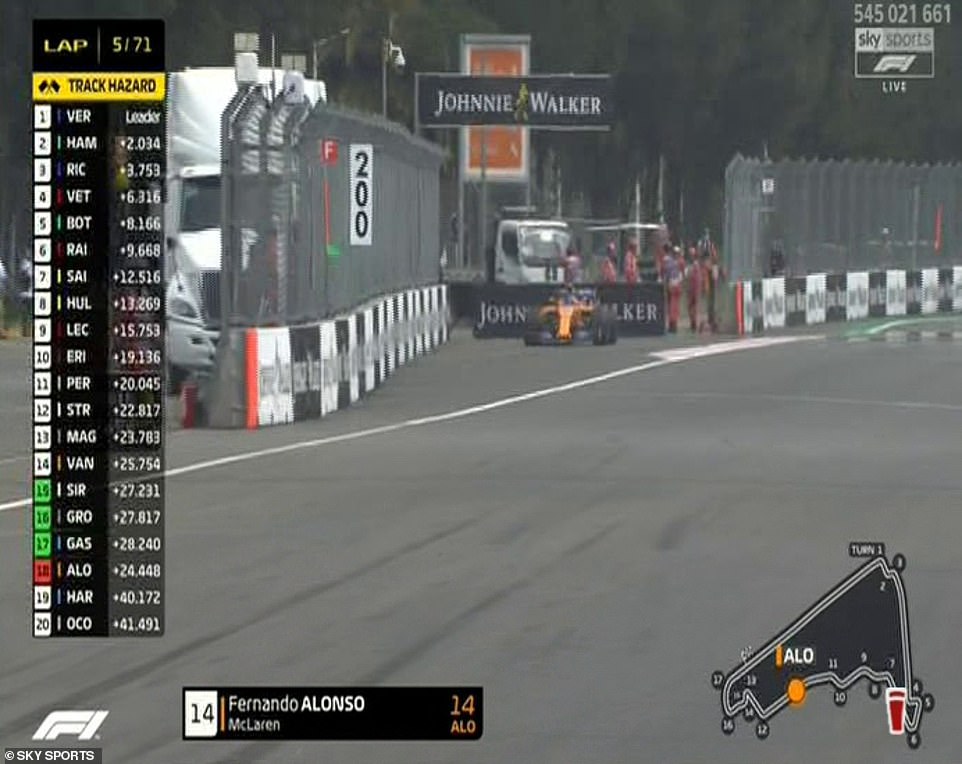 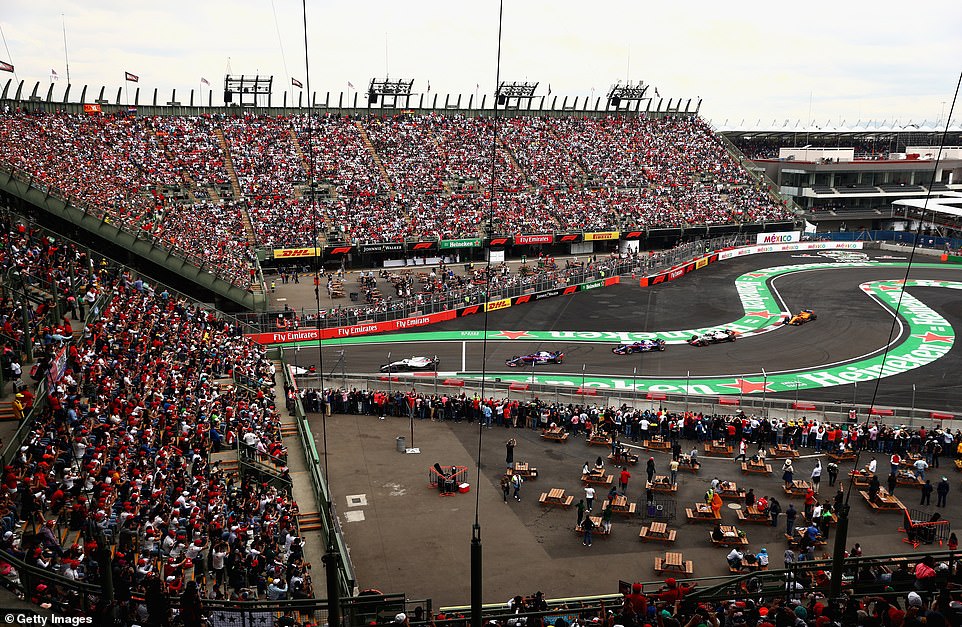 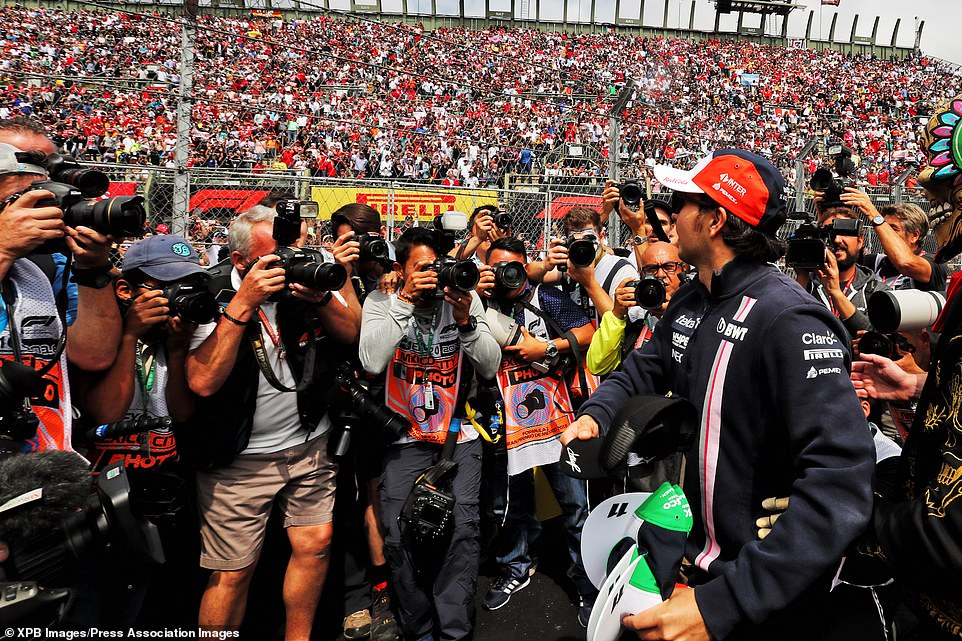