‘How embarrassed have you been?’ Watch the awkward moment Hamish Blake and wife Zoë fail to understand Natalie Barr’s question as they discuss their Tourism Australia ad on Sunrise

But things took an awkward twist following a joke about the comedian’s tight-fitting wetsuit he wore in the clip – with host Natalie Barr asking a question which had everyone scratching their heads.

‘…being on this campaign?’ Natalie rapidly added, to a sea of laughter from the loved-up couple.

‘OH! on the campaign. I was like, welcome to a special six hour edition of Sunrise!’ Hamish joked.

Zoe quickly chimed in: ‘We all actually put those [suits] on afterwards, as we just wanted to get in the water. He wore it well, I thought!’ 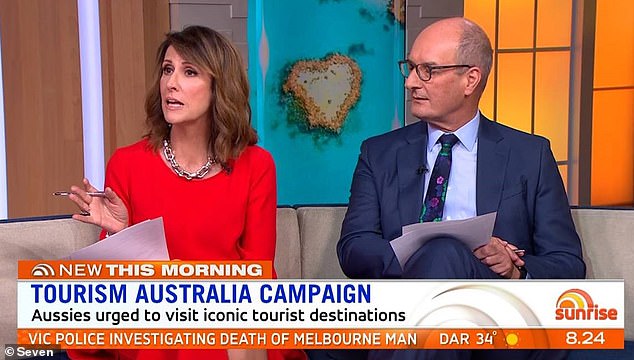 Confusion: ‘How embarrassed have you been?’ Natalie, 53, said to Hamish, who thought for a moment she meant in his day-to-day life

In the advert, the duo chase waterfalls, go snorkelling in the Great Barrier Reef and visit the stunning Kimberley region to encourage locals to explore Australia.

The commercial begins with the pair standing in front of the iconic Big Prawn in Ballina near Byron Bay, which is a hit with tourists on road trips.

‘Oh Australia, no one loves the big things more than me. The big pineapple, big banana, big potato, prawny, but I reckon we can find an even bigger big thing,’ Hamish begins in the clip, as they move from the Big Prawn to the Great Barrier Reef. 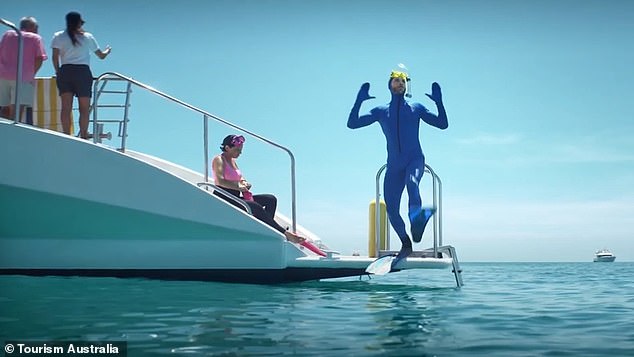 Hilarious: As discussed on Sunrise, Hamish wore a very tight-fitting Stinger Suit in the brand new advertisement which encourages people to explore Australia

‘What about the big barrier reef?’ Hamish says as he jumps into the crystal blue water in a bright blue wetsuit.

The pair soon head to South Australia’s Kangaroo Island to eat lobster and admire seals on the beach.

‘You know Zo, I think Australia IS the big thing,’ Hamish says as they float in the water. 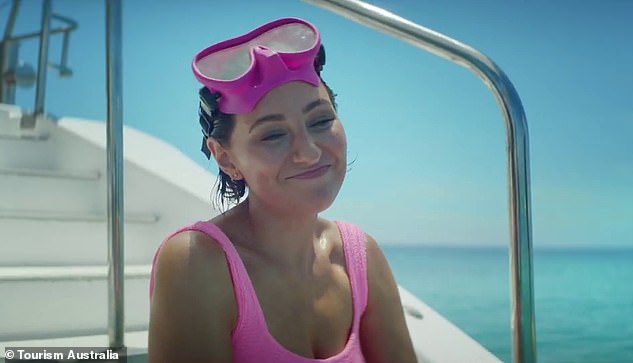 Iconic locations: The ad begins with the pair standing in front of the iconic Big Prawn in Ballina, near Byron Bay, which has become a hit with tourists on road trips, before exploring the Great Barrier Reef