A heartbroken mother has told how her 14-year-old daughter committed suicide months after she stopped her from taking her own life twice.

Ariana Reedy, a talented student, had her whole life ahead of her as she prepared to finish school.

But the teenager was found dead at the foot of a cliff near to her father’s work last month in New Zealand.

Just months before the stricken schoolgirl had attempted suicide twice but her parents and brother managed to stop her.

On Thursday her heartbroken mother Hana told Daily Mail Australia: ‘Nothing will bring my daughter back’

Ariana Reedy, 14, (pictured) took her own life on August 15 after she was turned away twice from support after two previous attempts

And despite the rawness of her grief, Ms Reedy says it’s time to share the intimate detaiointo the pain her daughter left behind.

The beautiful schoolgirl’s family desperately tried to get Ariana help after she tried to take her life the first time.

Her mother says they were overlooked by the system. Six days later she tried again.

‘They were serious attempts too, but trying to get serious help for her was impossible.’

Ms Reddy took Ariana to the Hawke’s Bay Hospital seeking help where she was told it was full and there wasn’t a bed for Ariana.

After a week Hana was told she needed to take her daughter home. 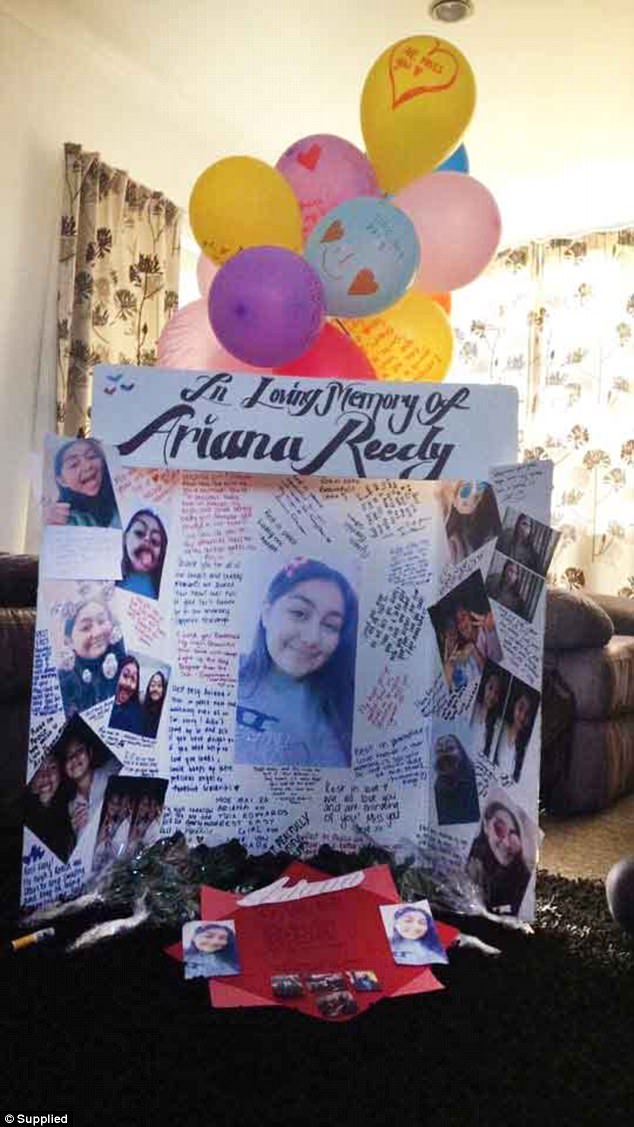 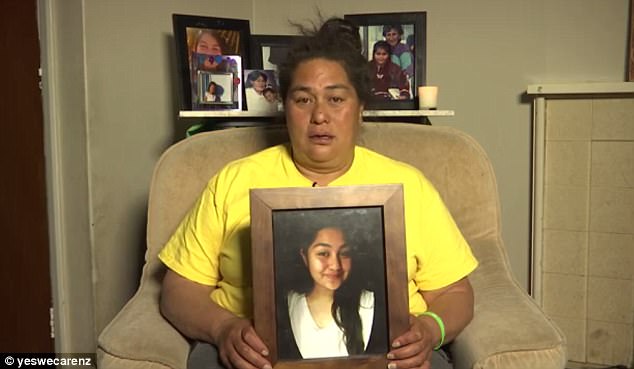 Her daughter was given Healthline and Youthline numbers and a counsellor, but nothing worked.

Ms Reedy was told Ariana had a behaviour problem, but the mother-of-three has been reassured it was nothing more out of the ordinary than a teenager eager to defy the rules.

‘I tried tooth and nail to get help. They just said she was angry and that she had behavioral issues,’ she said.

Now Ms Reedy, her husband and three other children are taking one day at a time as they try to return to the life they knew without their daughter.

‘Everyday it’s a struggle. I relive everything every single day. I replay each day in my head.’

In a recent move to shine a light on suicide in New Zealand 606 pairs of shoes representing lives lost to suicide in the year to June 2017 were laid around out across different land marks around the country. 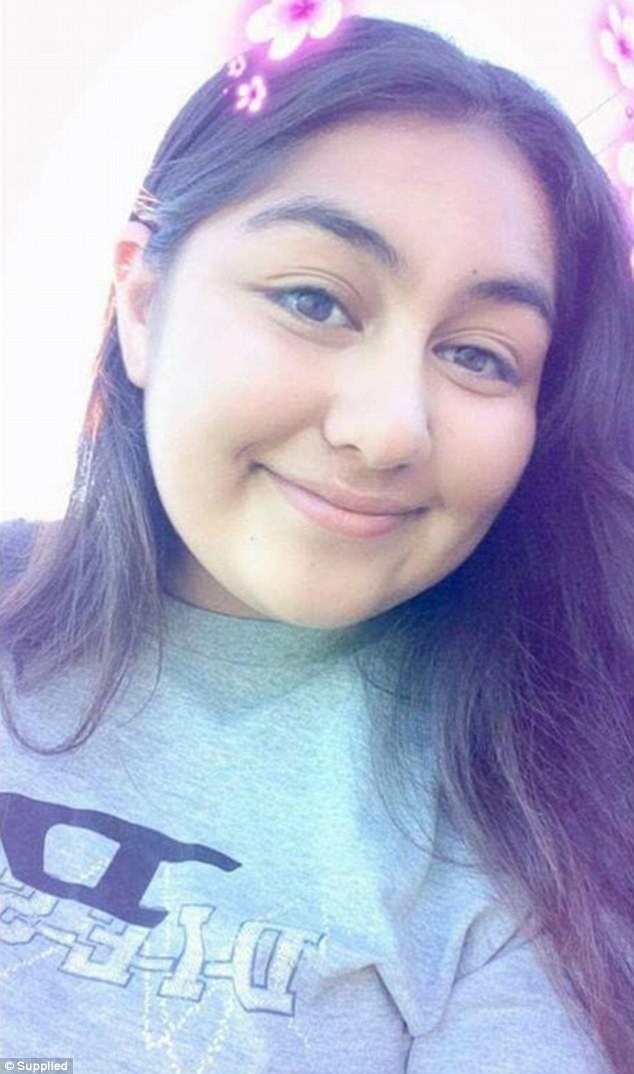 Ariana was given Healthline and Youthline numbers and a counsellor, but nothing helped her 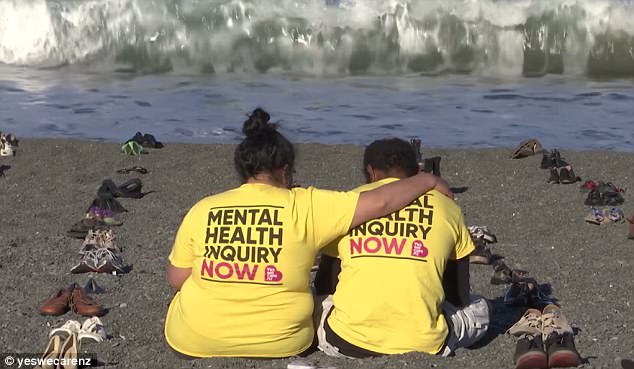 Before her daughter died, Ariana told her mother about a 15-year-old girl who had killed herself a few days earlier. 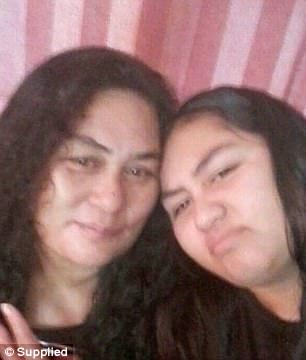 ‘Two girls. Fifteen. Two weeks of each other. It’s just the tip of the ice berg.

‘I’ve been through hell and back. It’s not going to bring my daughter back. Yes, I’m grieving but it’s time to stop it the suicide epidemic.’

Mike King, a former New Zealand comedian who now dedicates his time to working with youths and mental health awareness advocate said change needs to happen from the top.

‘When you have a suicide prevention system that actively encourages you to attempt suicide in order access critical care something has too change.’

Genevieve Mora from Voices of Hope, a non-profit organisation started to raise awareness and experience around suicide, said the shoe campaign was a visual way of recognising the devastating number of lives lost.

‘The 606 campaign was both eye opening and heartbreaking. Thinking about all those shoes that should have been filled. It was confronting. 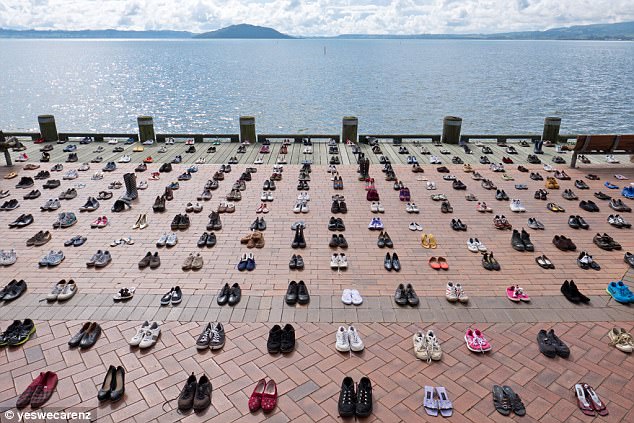 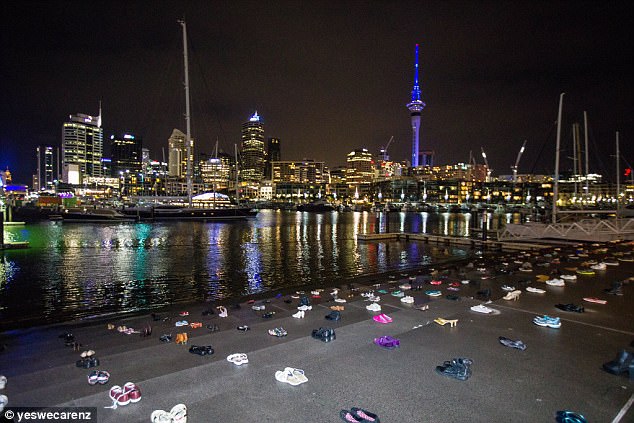 Mike King, who is a mental health awareness advocate in New Zealand, said change needs to happen from the top

‘Nobody could look at an image like that and not be affected by it.’

She too believes something must change to stop New Zealand youths feeling like there is no other option.

‘When fighting a mental illness it is so easy to feel alone and as if you’re the only one fighting that battle.

‘It’s not okay when people are crying out for help and there is nowhere for them to go.’ 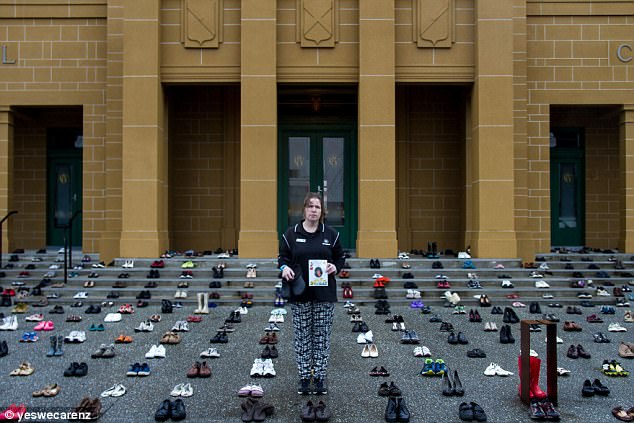 ‘The 606 campaign was both eye opening and heartbreaking. Thinking about all those shoes that should have been filled. It was confronting,’ a Voices of Hope representative said