Lady Louise Windsor looked thrilled as she hit the Swiss slopes at the exclusive resort of St Moritz today.

The teenager, 16, was making the most of her half-term holiday, where she was pictured laughing and joking with her mother Sophie and father Prince Edward, both 55, and brother James, Viscount Severn, 12.

The heart-warming photos showing the ski-mad family enjoying quality time on the piste are sure to delight the Queen, who was delivered yet another bombshell when her nephew, David Linley, announced he has separated from his wife Serena – just days after grandson Peter Phillips’ split from wife Autumn was announced.

Lady Louise, who is the Queen’s youngest granddaughter, proved she was a natural on the slopes – and cut a striking figure in a dark navy ski jacket, wide-legged black trousers and blue ski boots. 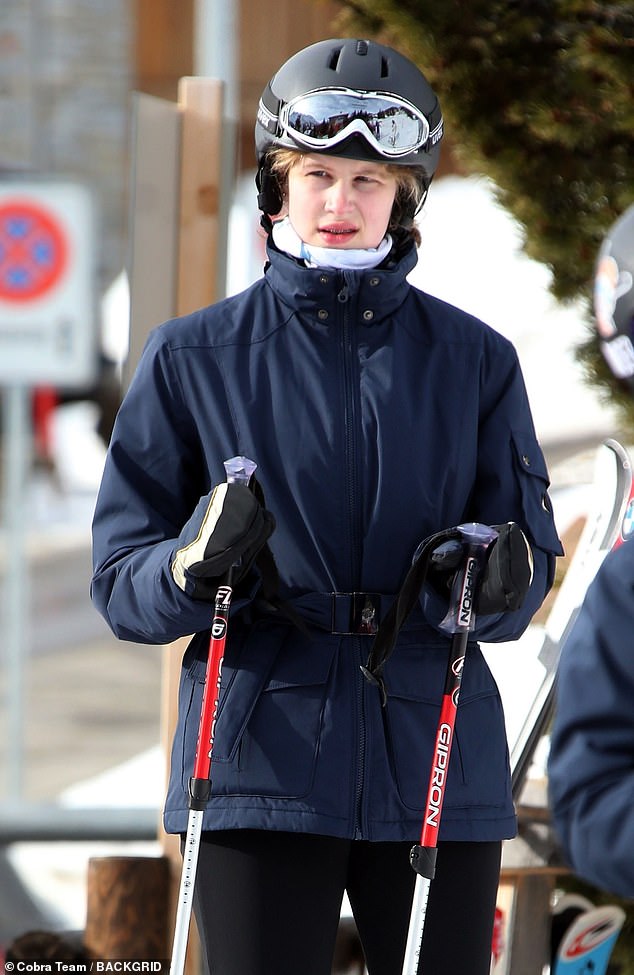 The teen very much looked the part in a dark navy jacket, black wide-legged trousers and a pair of white goggles perched on her safety helmet 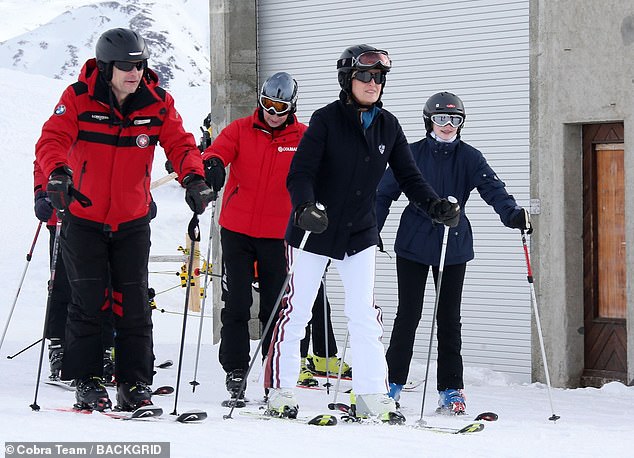 The Queen’s youngest granddaughter, who was making the most of the school holidays, was joined by other Sophie and father Prince Edward, both 55, and brother James, Viscount Severn, 12

Donning white goggles, she very much looked the part with her skis flung over her right shoulder, while keeping a firm hold of her ski poles in the other hand.

The royals are regulars on the slopes, but it was only back in 2018 that Edward and Sophie’s daughter ended up on crutches after a fall on a similar family ski trip in the Swiss Alps.

Lady Louise is Edward and Sophie’s eldest child and only daughter – she is twelfth in line to the throne and is the Queen’s youngest granddaughter.

Her father, the Earl of Wessex, is tenth in line to the throne, which will be succeeded by his elder brother, Charles. 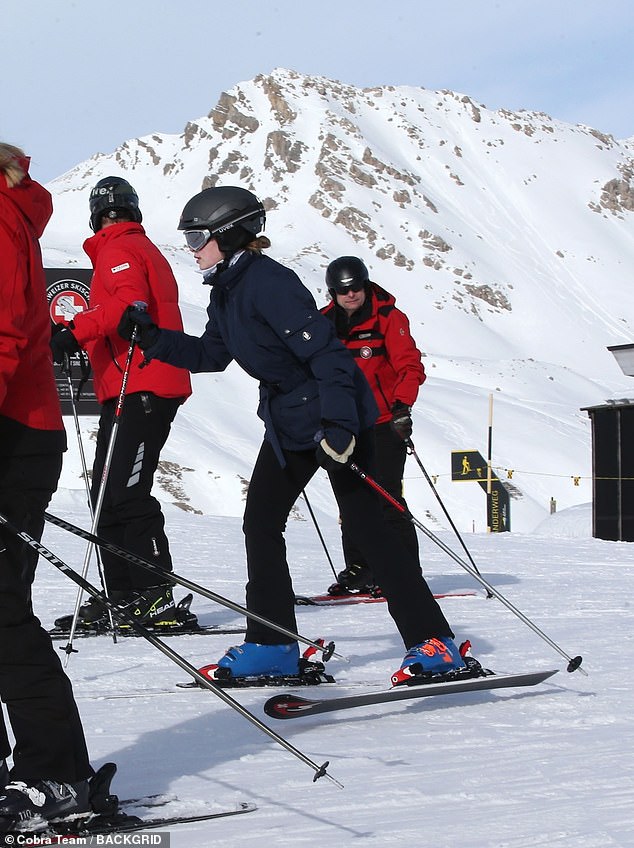 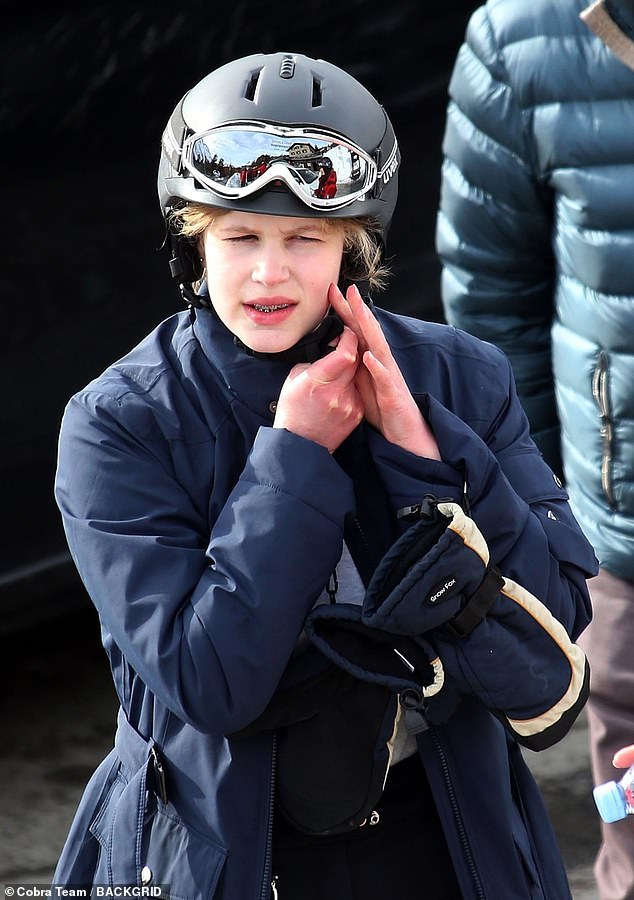 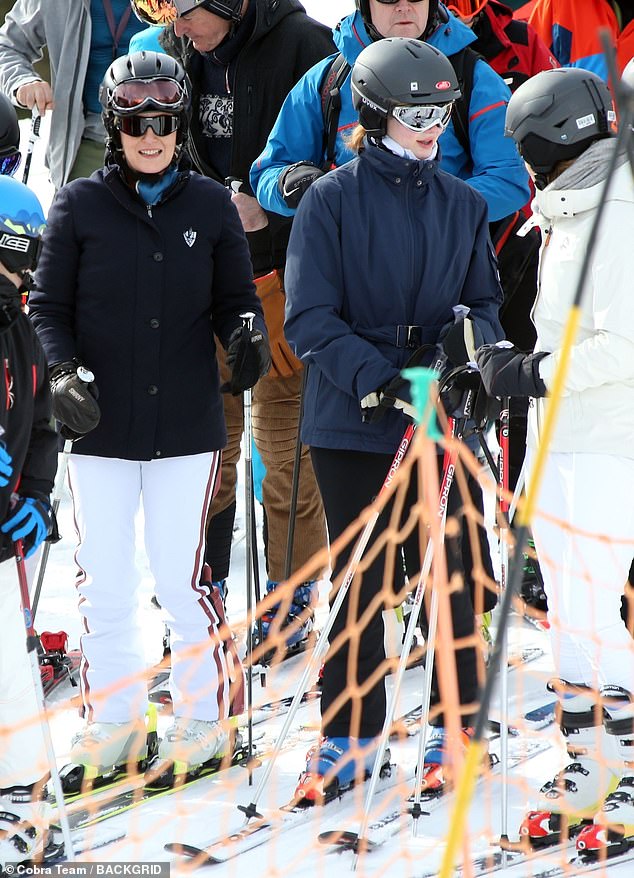 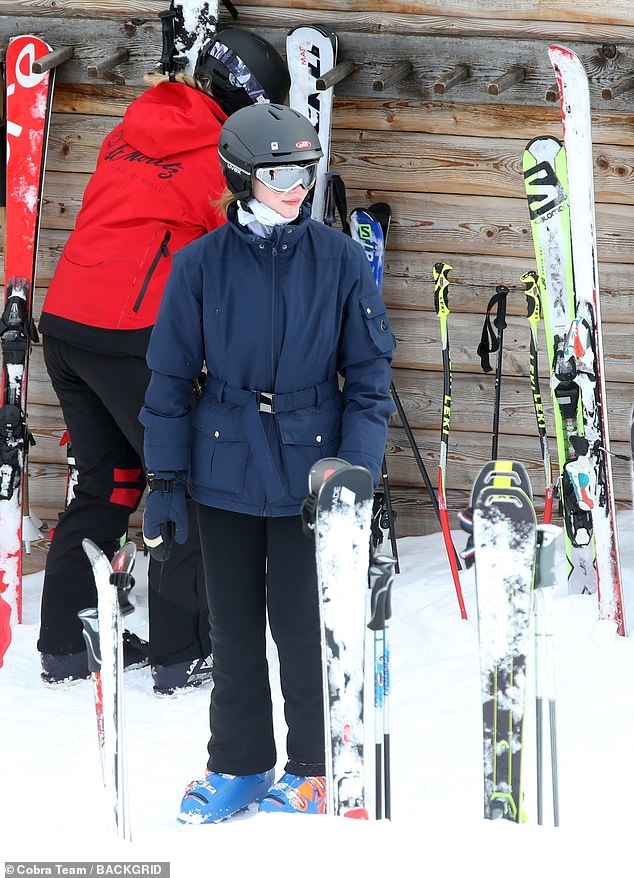 The 16-year-old wrapped up warm in a navy jacket which featured waist-belt detail, and a pair of wide-legged black trousers 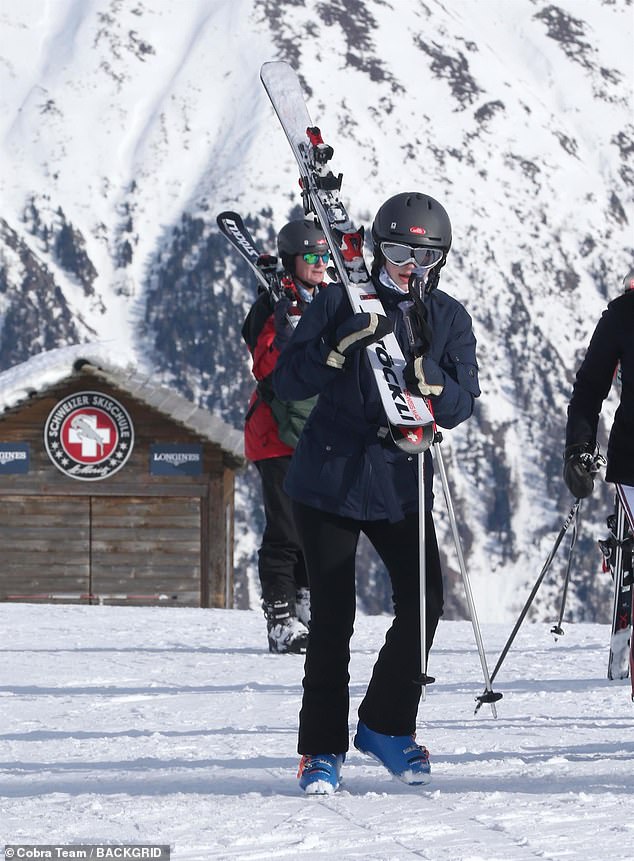 Lady Louise and her brother James join the royal family for major events, such as Trooping the Colour, but have largely grown up away from the limelight.

An avid horse rider, she often competes in the British Driving Society Championship for Young Drivers.

Last year, the teenager was widely praised for donning a smart Hobbs jacket for one of the church services at Sandringham.

At the time, some commented it was a sign the Queen’s youngest granddaughter is taking cues from style icon Kate Middleton. 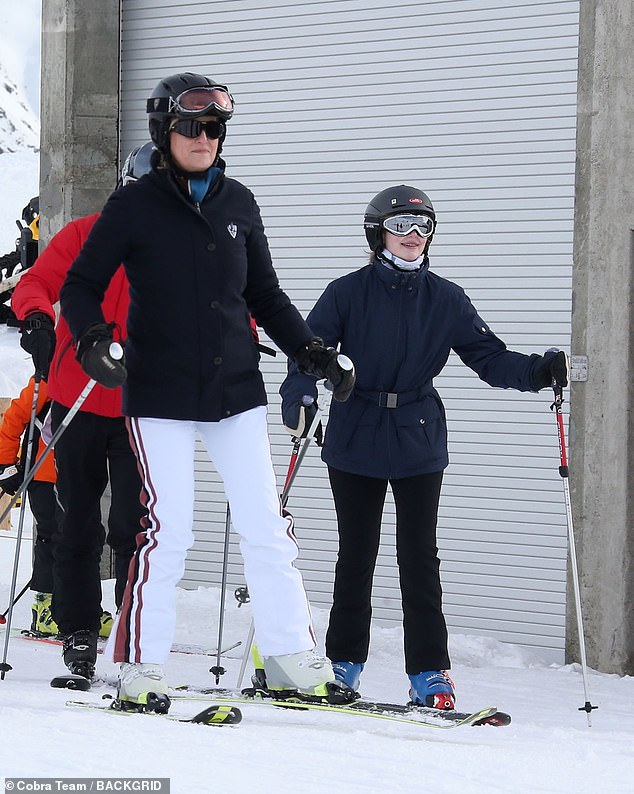 Ready, set, go! Lady Louise Windsor is a regular on the slopes, but it was only back in 2018 that she ended up on crutches after a fall on a similar family ski trip in the Swiss Alps 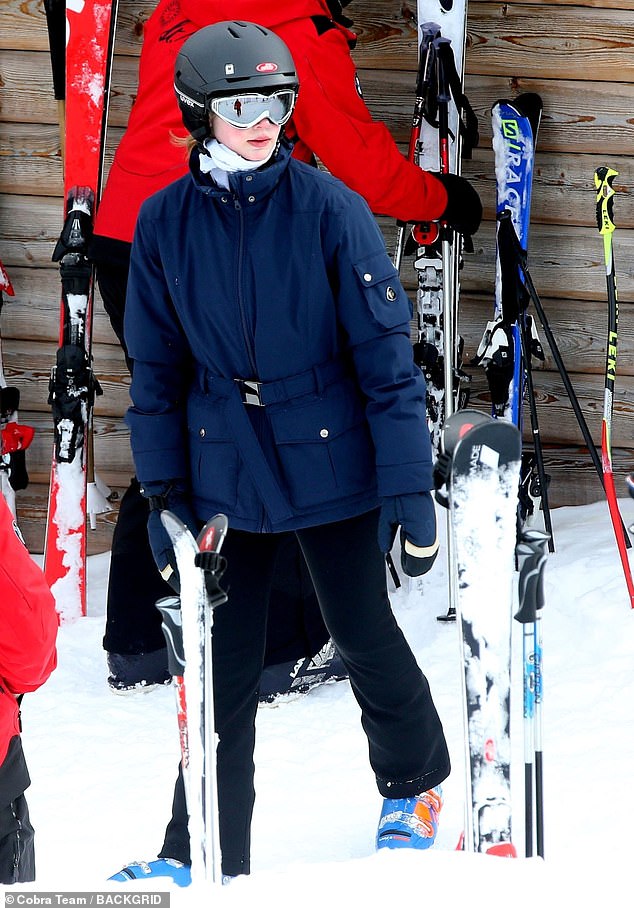 The teenager was pictured looking the part with her reflective ski goggles on, along with her blue ski boots 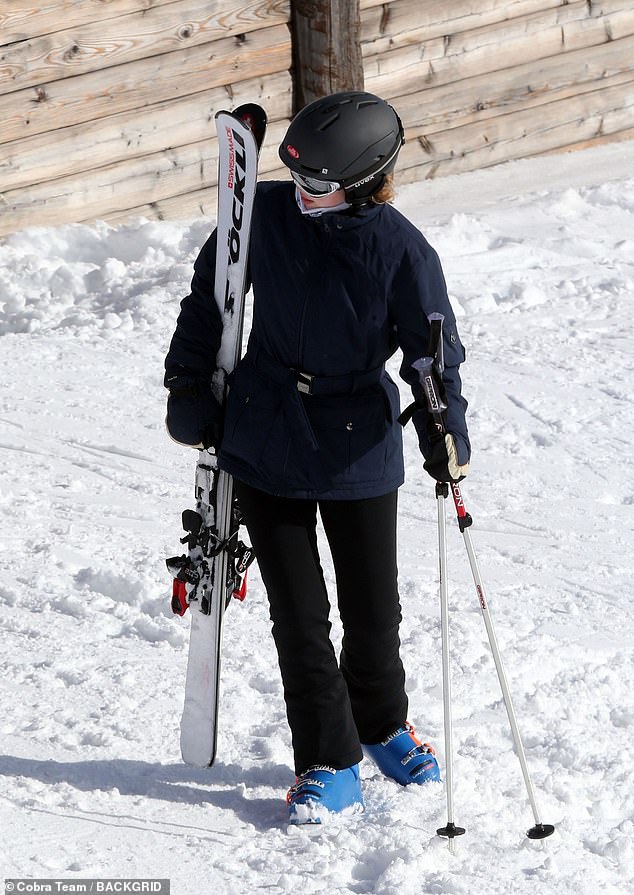 Lady Louise Windsor enjoyed her winter holidays on the slopes of St Moritz along with parents The Earl and Countess of Wessex, and brother James, Viscount Severn