The Harold Holt Swim Centre’s 10m high dive tower in the southeast Melbourne suburb of Glen Iris was reopened as a historical monument in October after being unused and falling in disrepair for almost two decades.

Despite Stonnington Council spending close to $4million to restore and upgrade the historic pool, named after Liberal prime minister Harold Holt who disappeared while swimming at sea in 1967, the diving tower is considered unsafe.

Because of heritage overlay, the tower had to be restored to exactly to its original design at a cost of $170,000, meaning it does not meet modern health and safety standards.

Former swim coach Grant Siedle, who worked at the pool during the 1980s when the tower was a popular feature, was flabbergasted at that now all it is fit for is a monument.

Despite a hefty $170,000 bill for its restoration the diving tower at Melbourne’s Harold Holt public swimming pool is deemed too unsafe to use

‘Council spent ratepayers’ money to restore a diving tower that you now can’t use,’ he told A Current Affair.

‘Such a shame that risk assessments, red tape and the nanny state mean that youth of today won’t know the thrills, joys and terrors of jumping from the top platform,’ one wrote.

Mr Seidle remembers the tower as a focus of enjoyment.

‘The dive pool was a big party focus and people used to sun bake around the edge and do dive bombs,’ he said.

‘It would be shame if you can’t get the same level of fun.

‘You are going to spend a lot of money and resurrect something that just sits there and the looks a certain way, that’s just illogical to me.’ 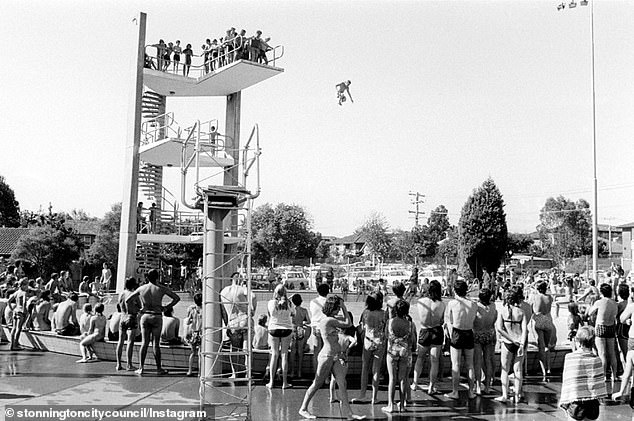 Safety concerns closed the dive tower in 2003 but in 2013, a petition from locals demanding it reopen spurred Stonnington Council to begin planning restoration.

However, after Heritage Victoria stepped in to scuttle plans to make the tower compliant with modern safety standards the council compromised by building a one and three-metre diving boards next to it so the plunge pool could still be used.

‘The whole point of having it is as some sort of trophy to the councillors who wanted to restore it so they can stick a lovely plaque on it and say “Look what a great job we did”,’ he said.

‘So, instead they’ve spent more money building a smaller one next door so we can use that.

Mr Hurlston claimed the council also chose the most expensive tender to deliver the unusable tower. 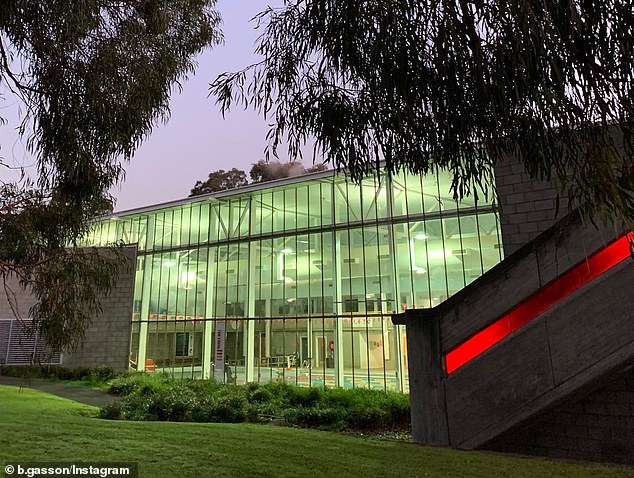 Stonnington Council responded that only the most expensive bid met the requirements.

‘Council ran an open public tender for the project and received one conforming submission,’ a spokesperson said.

‘While a number of other submissions were received they were deemed non-conforming as they only priced small components of the project and were therefore unsuitable to undertake the project as whole.’

‘Through the project planning and community engagement process Council considered advice and feedback however, it became clear that while the tower was much loved it could not be restored to the required safety standard,’ the spokesperson said.

‘The only option was to retain it as a nostalgic feature to remind the community of the pool’s significant heritage and place in history.’ 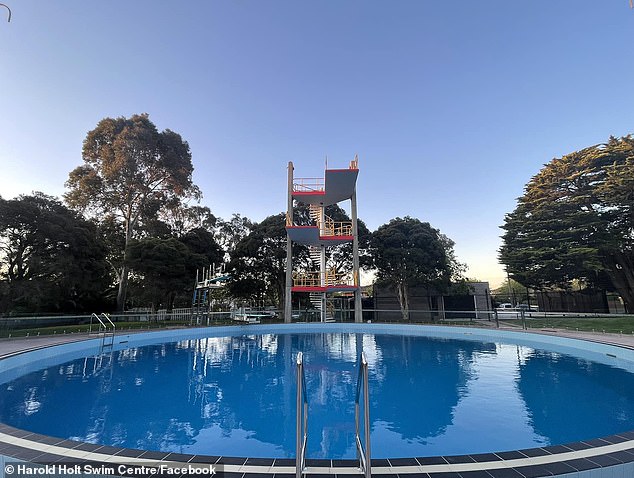