Harpist Danielle Perrett to be sentenced for sexually…

A world-renowned harpist who has performed for the Queen and several prime ministers has been jailed after she was convicted of sexually abusing a schoolboy in the 1980s.

Danielle Perrett, 59, was sentenced alongside her ex-fiance Richard Barton-Wood, 68, for separately indecently assaulting the boy while he was in his early teens.

They had both denied all charges but were convicted following an earlier four-week trial at Ipswich Crown Court. Danielle Perrett, 59, was sentenced alongside her ex-fiance Richard Barton-Wood, 68, for separately indecently assaulting the boy while he was in his early teens. They are both pictured outside Ipswich Crown Court before an earlier hearing

Perrett, from Alpheton, Suffolk, was found guilty of six counts of indecent assault and sentenced to four years and nine months in prison.

Barton-Wood, a former teacher, museum worker and church warden from Wymondham, Norfolk, was found guilty of seven counts of indecent assault and of one count of attempted indecent assault.

He was also sentenced to four years and nine months.

Sentencing at Ipswich Crown Court today, Judge Rupert Overbury said: ‘Prior to the jury’s verdict each of you was regarded as a pillar of your community.

‘One of you a teacher and dedicated employee of the museums service who gave time to his community, the other a world-famous harpist with a reputation for kindness and integrity.

‘What none of those friends, colleagues and relatives knew was that each of you had a darker side to your character, a side that manifested itself in the systematic abuse of a teenage boy.’

Their accuser, now an adult, had told jurors that Barton-Wood had worked as a substitute teacher at his school.

He said Barton-Wood sexually assaulted him on sailing trips and camping trips, and that on separate occasions Perrett took his virginity and performed sex acts on him.

Perrett assaulted him after being introduced to him by Barton-Wood who took him to watch her play in a hotel recital in 1984.

The pair had said the allegations were untrue, the incidents did not happen and that their accuser was trying to blackmail them. The victim barely took his eyes of the defendants as the judge read out his remarks and later told how the pair had robbed him of his ‘innocence.’

The victim personally requested to read out his victim impact statement in court, approaching the witness box slowly and using a walking stick to steady himself.’

He said: ‘All this time I have been a prisoner of my own mind.I tried on my own to cope and learn how to fix it.

‘I became a recluse. I suffered in silence as I felt ashamed and dirty.’

He added: ‘I have since learnt that silence is a paedophile’s best weapon.’

At times, the victim’s voice broke, especially while talking about the effect of the abuse on his family.

He said: ‘It was not just me they had groomed but my whole family. These abusers took away my innocence and my childhood.’

Stephen Rose, mitigating for Cambridge University History graduate Barton-Wood, said he was of previous good character and his family had stood by him.

Perrett sat two chairs away from him wearing a purple dress, with matching purple tights.

She was one of the UK’s top harpists who has performed for four consecutive prime ministers and at Royal events including Prince Philip’s 70th birthday party.

Sallie Bennett-Jenkins, defending Perrett, described the allegations against her client as a ‘limited period of wholly consensual sexual activity’. 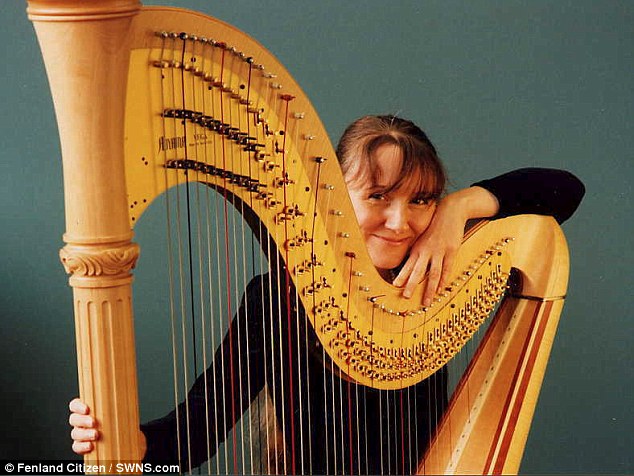 Judge Rupert Overbury, sentencing, told the defendants they had been regarded as ‘pillars’ in their communities before the jury’s guilty verdicts. Perrett is pictured posing with her harp

She added: ‘Financially, she has been extremely badly affected. She has been the subject of trolling online and on social media.’

‘Both defendants showed little emotion as the judge sentenced them. The pair took a drink of water as they were led out of the dock.’

Members of their family wept in a full public gallery.

Perrett and Barton-Wood looked on as the victim spoke, showing little visible emotion.

Prosecutor William Carter said: ‘[The victim] was obviously too young to consent to what was happening.

‘Her actions, pleasant though they seemed to him at the time, were unacceptable.’

Perrett played for VIPs at stately homes around the UK as well as at Buckingham Palace, Kensington Palace and the Palace of Versailles.

In addition to performing for the Queen and Prince Philip, she played for Prince Charles and the late Princess Diana, Princess Anne, Prince Edward and the Duchess of York. 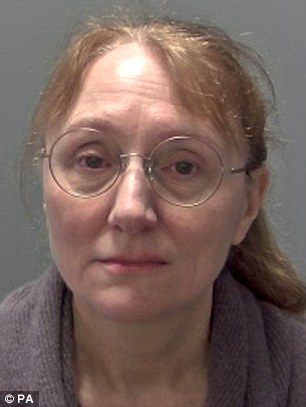 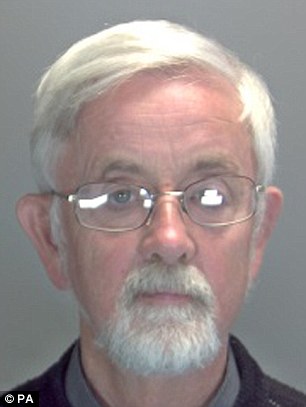 She also performed solo and in chamber music recitals in the USA, Canada, Australasia, South East Asia, India, Hong Kong, Japan, the Middle East, Africa and all over Europe.

She also appeared in several films, including the BBC’s TV film of the Jane Austen novel Persuasion.

Detective Inspector Claire Burgess, of Suffolk Police’s Protecting Vulnerable People Directorate, said after the hearing: ‘The victim has been incredibly brave in contacting us and reliving the horrors of the assaults he was subjected to and I personally want to thank him for working so openly and honestly with our detectives, on what has been a very complex investigation.

‘Richard Barton-Wood was a man who by profession was in a position of trust and should have been someone a child and their parents could more than reasonably believe they would be safe with.

‘He abused this trust in a very calculated way, preying on the victim by exploiting his interest in DIY and repairing items by inviting him to help renovate his boat, creating an opportunity and situation where he was then able to abuse him.

‘Danielle Perrett was a woman aged in her 20s at the time of the assaults and who took full advantage of an adolescent boy, sexually assaulting him on a number of occasions.

‘Together they destroyed the victim’s teenage years and left him carrying the burden of the abuse he suffered for the next 30 years.

‘I hope the sentences handed down to these two predatory individuals today will now begin to enable him to move forward with his life.

‘I also hope these convictions send out a clear message to other potential victims of sexual abuse that no matter how many years have passed, we will listen to you, we will thoroughly investigate your allegations and we can still achieve justice for you.’