Harry and Meghan on Netflix: How the world media have reacted

Harry and Meghan have declared ‘all-out war’ on Royal Family with their ‘TV bomb’ Netflix series, the world’s media declared today as the first three parts of the tell-all documentary were released.

Papers across Europe and from America to Australia ran the news on their front pages, saying the series will be ‘explosive’ for the House of Windsor and has ‘the world talking and the royal family bracing for the worst.’

‘There’s no turning back for anyone’, wrote Germany’s Bild newspaper while America’s NBC said Harry and Meghan ‘renewed [their] clash with British Royals’.

But not everyone was impressed, with France’s Le Figaro saying the film is ‘hollow’, ‘meaningless’ and contains ‘no startling revelations’ – except that Harry and Meghan are willing to share everything about themselves despite claiming they want a life away from the media. 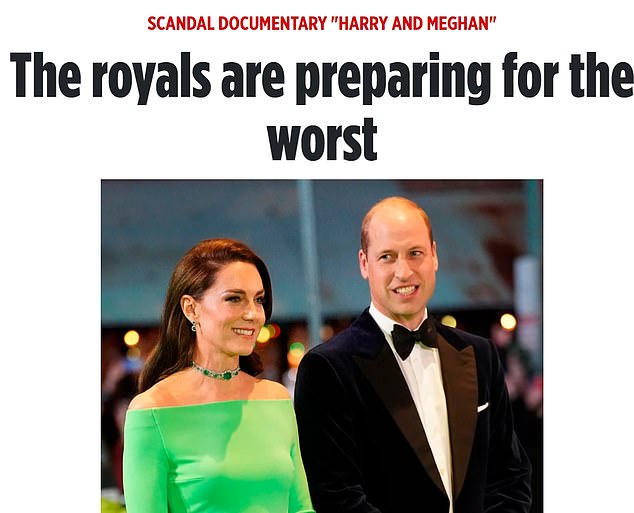 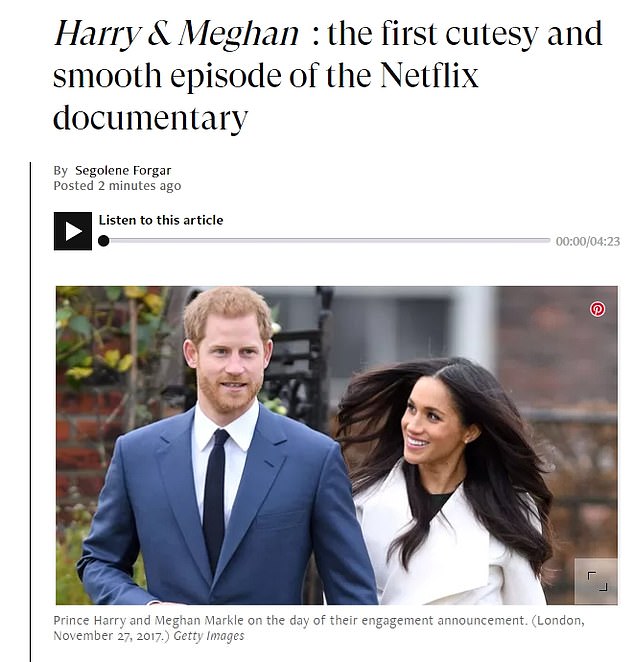 Le Figaro in France was less impressed with the film, saying the only revelation it contains is quite how much of their own lives they’re willing to share

‘We expected startling revelations. It is not so,’ the paper’s Madame magazine said, adding that: ‘After watching the first episode, we remain perplexed.’

It continued: ‘At the beginning of the year 2020, they said to leave the royal family to live away from the media… But no, they are the ones who share everything now

‘Meghan and Harry complain that their story is slipping away from them, that the media is scrutinizing their every move, and on the other hand, they are just fuelling the media hype.

‘The release of the documentary so dreaded by Buckingham is on the front page of all the [British] tabloids this Thursday. And that, Meghan and Harry have understood well. They are playing with fire – at the risk of burning their wings?’

Italian newspaper Corriere had a similar observation, saying the documentary ‘launches a harsh j’accuse against the press and the impossibility of leading a normal existence within the Windsors’ but ‘contains no new revelations’.

‘It seems centered more on the relationship between the two protagonists and on intimate moments in their history,’ the paper adds.

Many were waiting for the reaction from King Charles, with site HLN speculating that the new monarch could strip the pair of their royal titles or even bar them from his coronation depending on the allegations they level against their relatives.

The Irish Independent called the documentary ‘controversial’ and said the royals are ‘steeling themselves for bombshells’.

Norwegian site VG described it as a ‘TV bomb’.

The highly-anticipated series is being put out in two parts, with the first three episodes of the six-part docu-series now available to stream online.

The series contains tears from Meghan, who Harry repeatedly compares to Princess Diana claiming that both his mother and wife were being hunted by the press.

There are also a series of jibes at his father, King Charles III, and brother Prince William as well as claims of racism and ‘unconscious bias’ in the Royal Family. 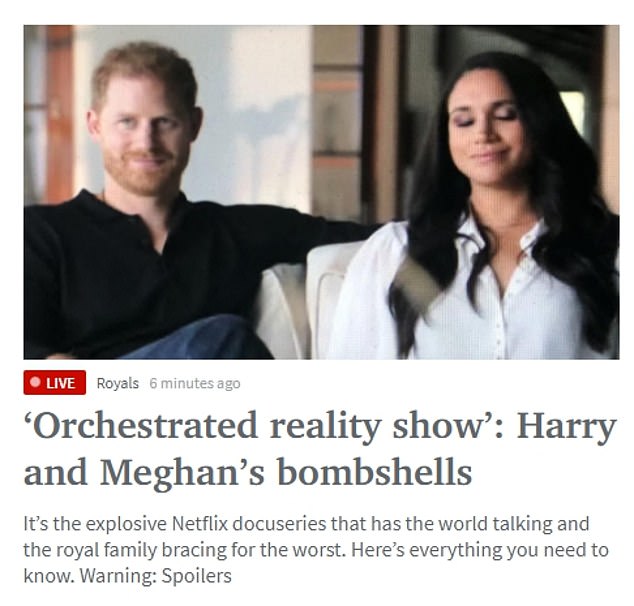 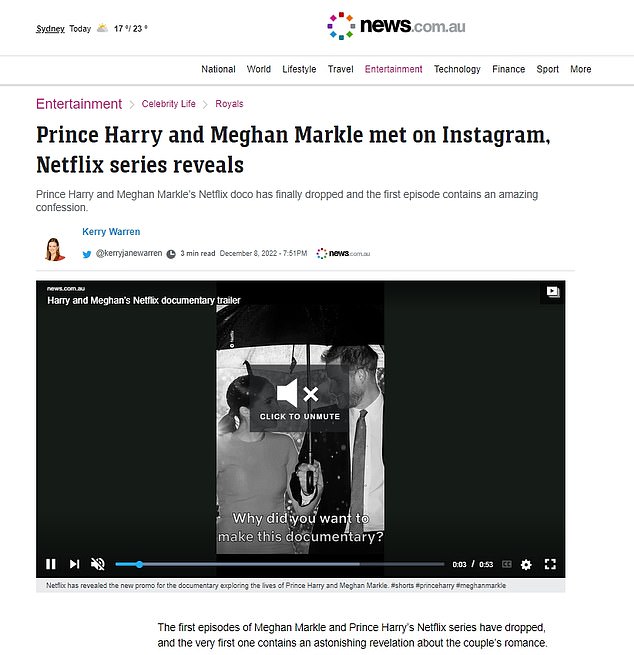 Australia’s News.com said the first episode contains and ‘astonishing revelation’ about the couple, who revealed the met over Instagram 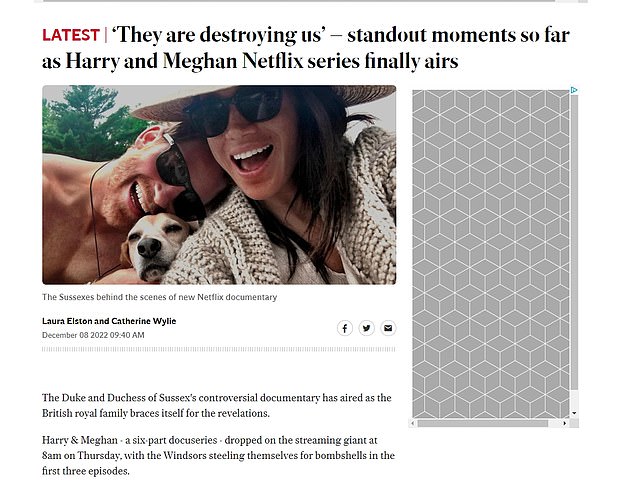 Meghan also claims that as an American she found the ‘formality’ of being in the royal family ‘surprising’ – declaring that meeting the Queen for the first time was a ‘shock to the system’.

She said Harry had told her in the car: ‘You know how to curtsy, right?’ And I just thought it was a joke’, she said.

They also discuss Princess Michael of Kent a Blackamoor-style brooch to a pre-Christmas event the Duchess of Sussex attended in 2017. She was forced to apologise.

Harry claims that his family had dismissed her when they found out she was an American actress – but he insisted he knew in his ‘heart’ he would marry her because he is his ‘mother’s son’.