The Duke and Duchess of Sussex are moving out of their London home and relocating to Frogmore Cottage in Windsor to raise their first child just meters from where they were married, Kensington Palace disclosed today.

Harry and Meghan currently live in Nottingham Cottage in the grounds of Kensington Palace. They had been planning to take a spacious main apartment inside the palace in preparation for the arrival of their first child, due in the spring.

But despite £1.4 million renovations being completed last month, the Duke and Duchess of Sussex will shun the previously earmarked apartment in favour of the cottage on the Windsor Estate, which their statement described as a ‘very special place’ for the couple.

Frogmore Cottage, in the grounds of Frogmore House, which is located in the royal Windsor Estate in Berkshire 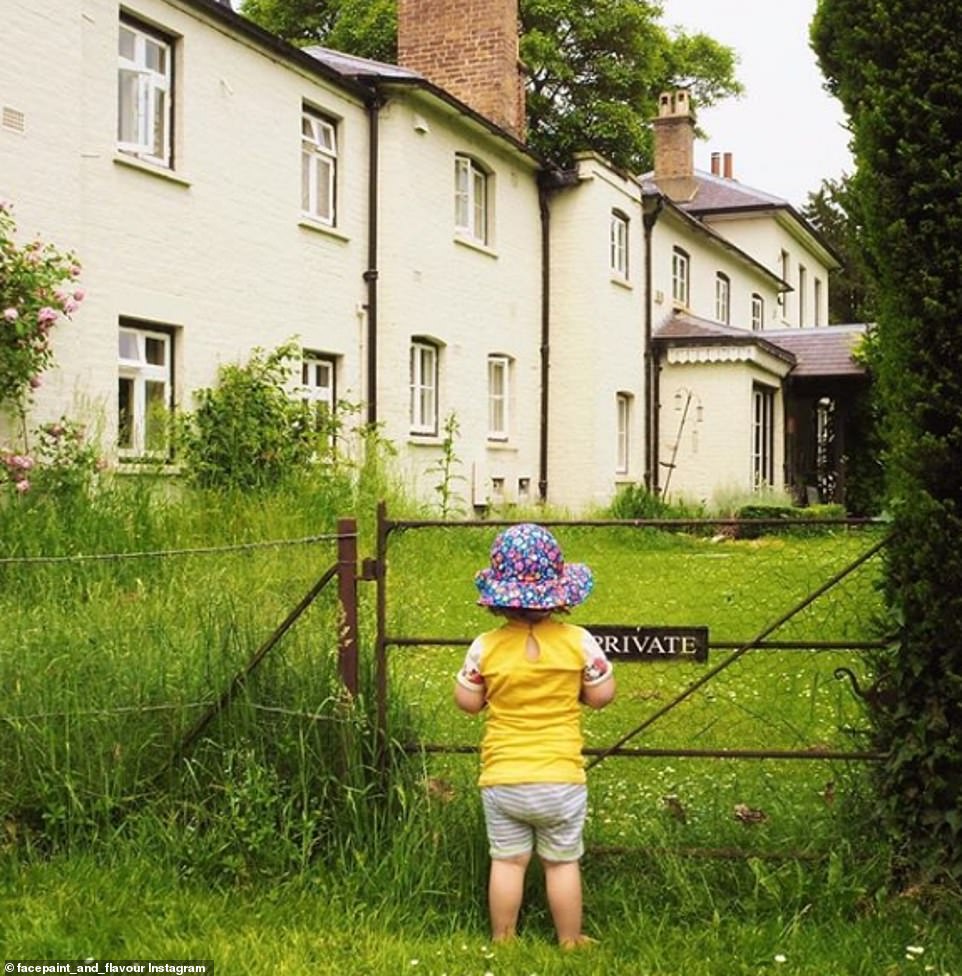 Kensington Palace revealed today that Harry and Meghan will make the move early next year in preparation for the arrival of the first child, which is due in the Spring

Meghan, 37, and Harry, 34, are also said to be keen to move further away from William and Kate, who live in a 20-room apartment inside the Kensington Palace, amid reports that the royal brothers feel it is time to end their joint court.

With Harry set to become a father for the first time and William already a father of three, the brothers are seemingly ready to concentrate on their own separate households.

‘Harry and Meghan want to move, and need more space, but they don’t want to live next door to William and Catherine’, the Mail reported last week, citing a royal source. 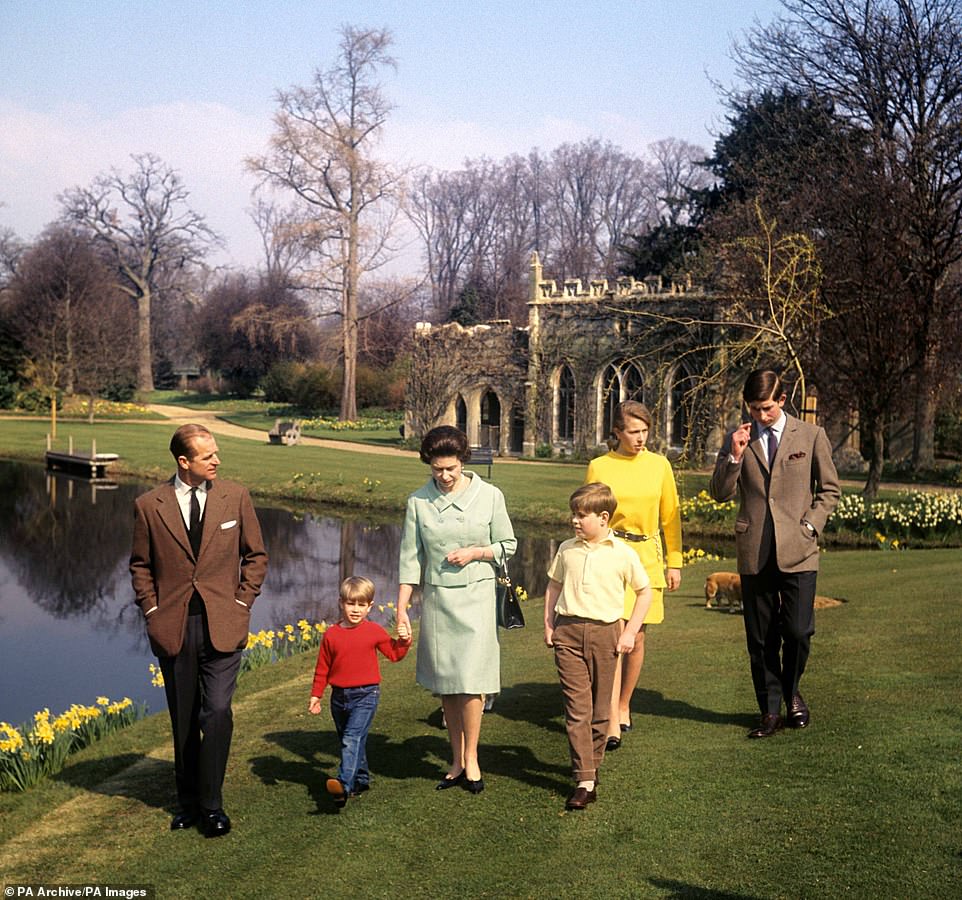 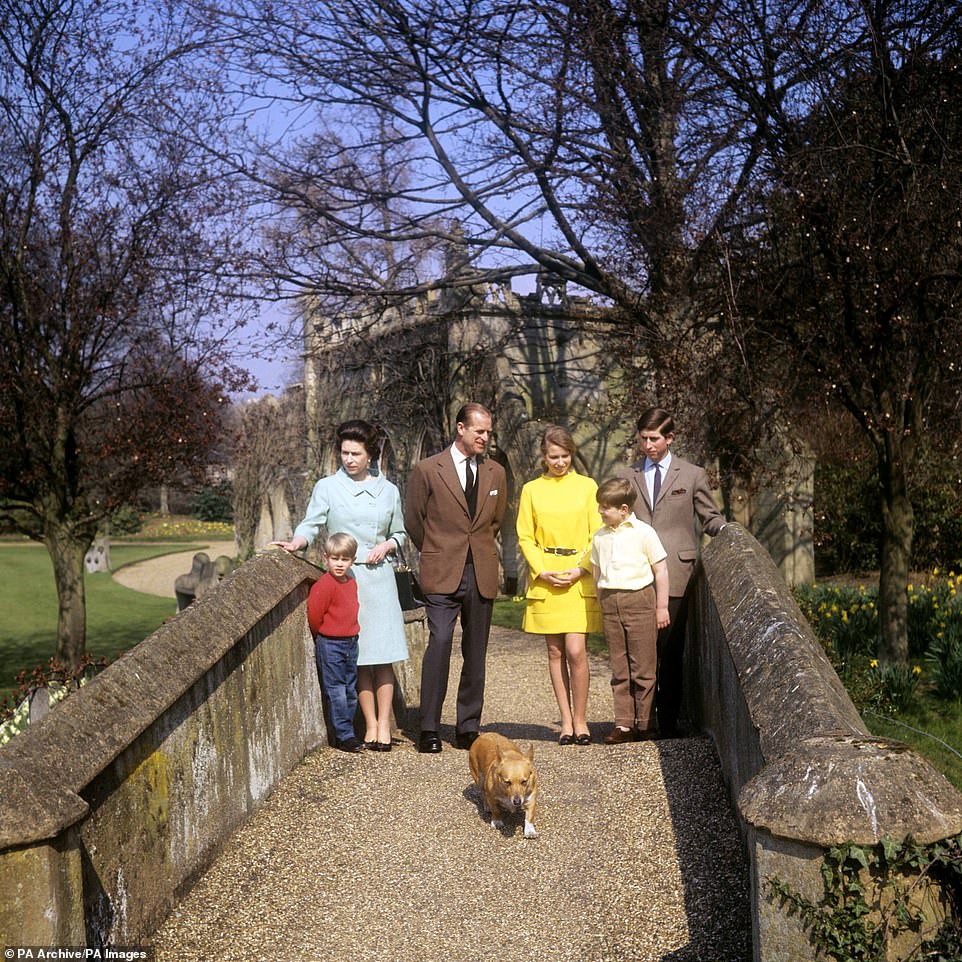 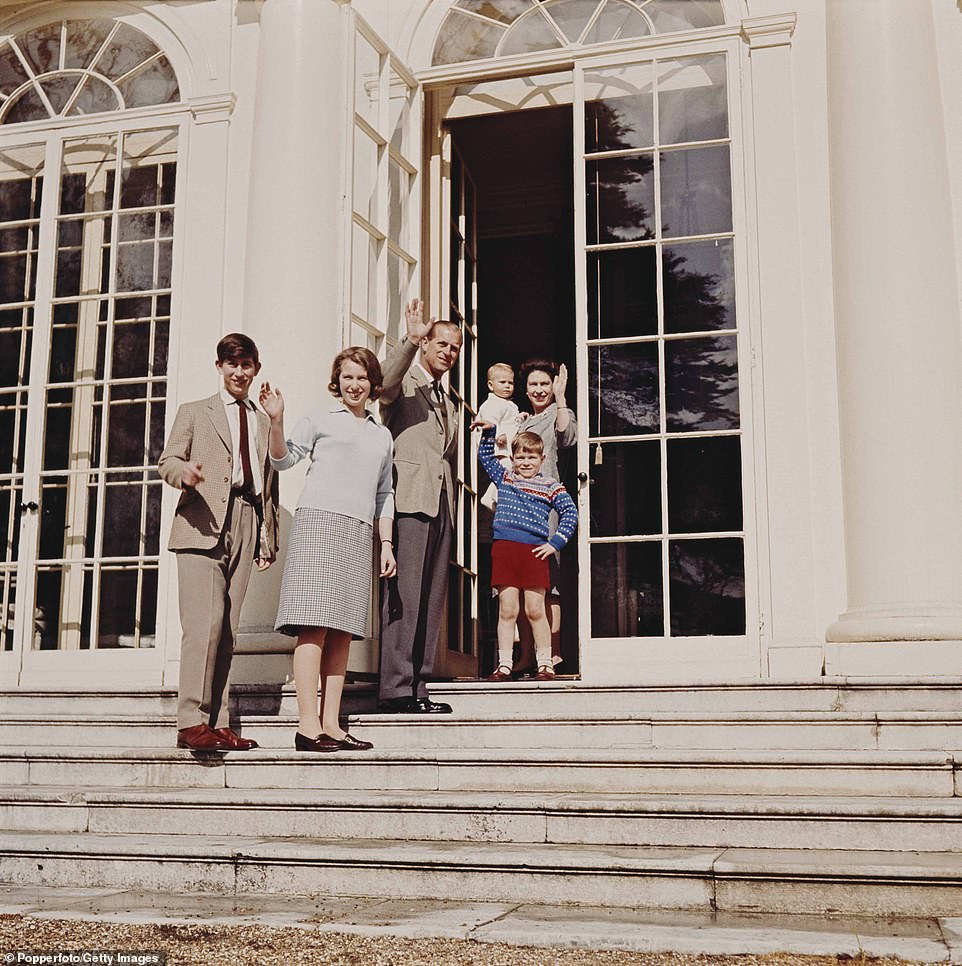 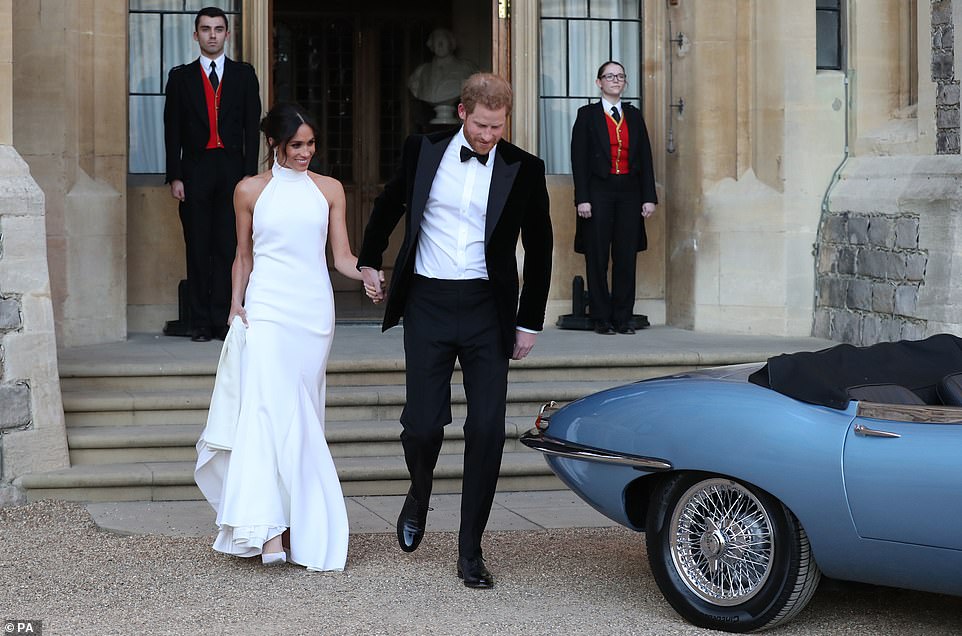 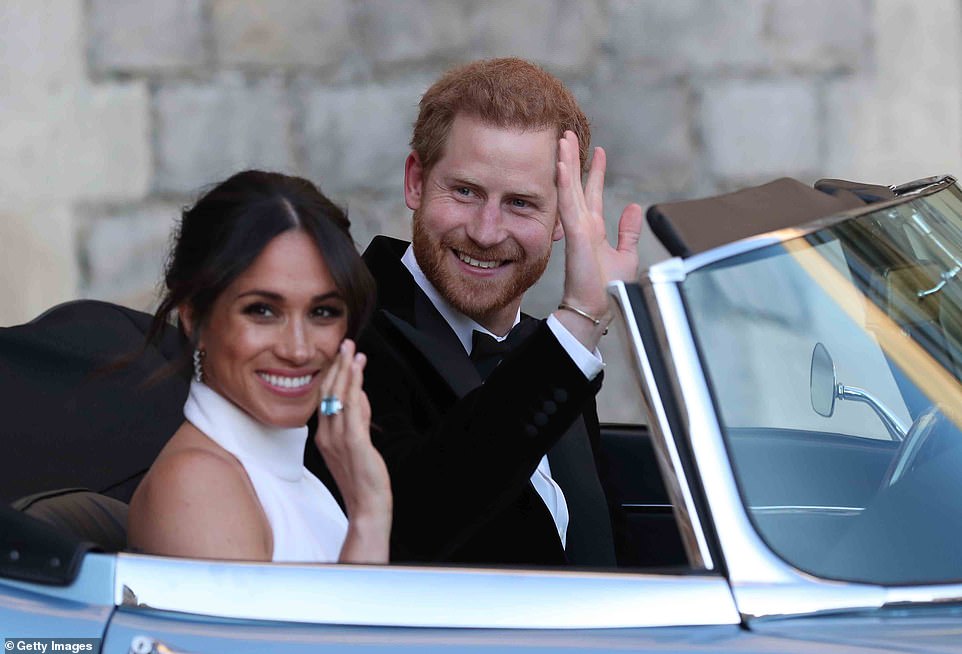 Harry and Meghan, pictured on their wedding day in May 2018, have decided to move away from William and Catherine and strike out on their own 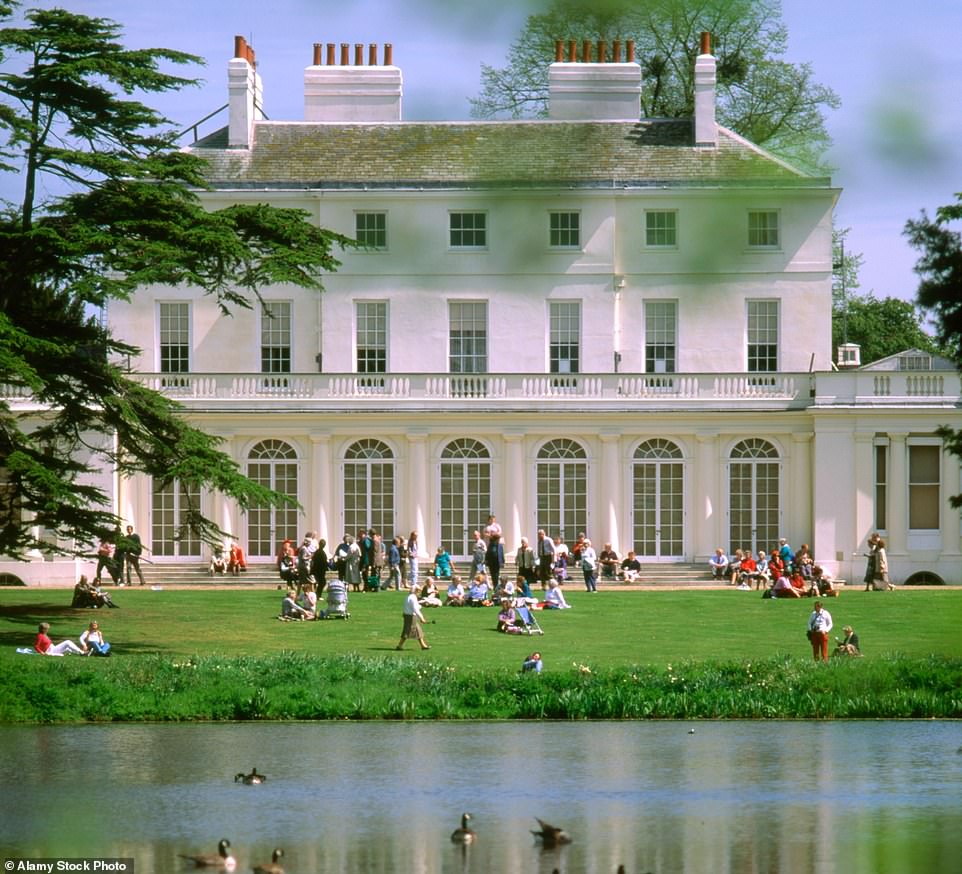 Frogmore House, which was a gift from the Queen to Harry and Meghan, is currently undergoing a multi-million pound refurbishment

‘They will soon have separate offices and separate lives, so it would make sense for them to live further afield,’ the source told Richard Eden.

‘There is no reason why their London home has to be at Kensington Palace. There are plenty of other options, including using their own money to buy their own place.

‘Catherine and Meghan live very different lives, and that is likely to become more marked over time,’ the source added.

Kensington palace said in a statement today: ‘The Duke and Duchess of Sussex will move to Frogmore Cottage on the Windsor Estate early next year as they prepare for the arrival of their first child.

‘The couple have lived at Nottingham Cottage since their engagement last year.

‘Windsor is a very special place for Their Royal Highnesses and they are grateful that their official residence will be on the estate.

In the grounds of Kensington Gardens in central London

A grace-and-favour property; i.e. a property owned by the monarch and leased, often rent-free, to persons as part of an employment package or in gratitude

‘The Duke and Duchess’s office will continue to be based at Kensington Palace.’

Royal insiders had expected Harry and Meghan to move into Apartment 1 at Kensington Palace, currently occupied by the Queen’s cousin, the Duke of Gloucester, 74, and his Danish-born wife, Birgitte, 72.

However reports emerged that Birgitte was unhappy about leaving the 21-room apartment, which is right next door to William and Kate’s home.

‘Birgitte doesn’t want to leave,’ one of her friends told Richard Eden. ‘And why should she? She and her husband are still full-time working members of The Firm and they were given their apartment by Her Majesty.’

Scaffolding that had been wrapped around Kensington Palace since last November disappeared last month, prompting speculation that the Duke and Duchess of Sussex were about to move in.

Builders completed £1.4 million-worth of repairs on the roof and replaced the windows of their 21-room Apartment 1, on the west side of the Palace.

The flat even had an adjoining door with apartment 1A, home to the Duke and Duchess of Cambridge – meaning the brothers and their wives could have visited each other without stepping outdoors.

However, reports have surfaced suggesting that this was a downside rather than a benefit for Harry.

A royal source told The Sun: ‘The initial plan was for Harry and Meghan to move out of their cottage in the grounds of Kensington Palace and into one of the main apartments. 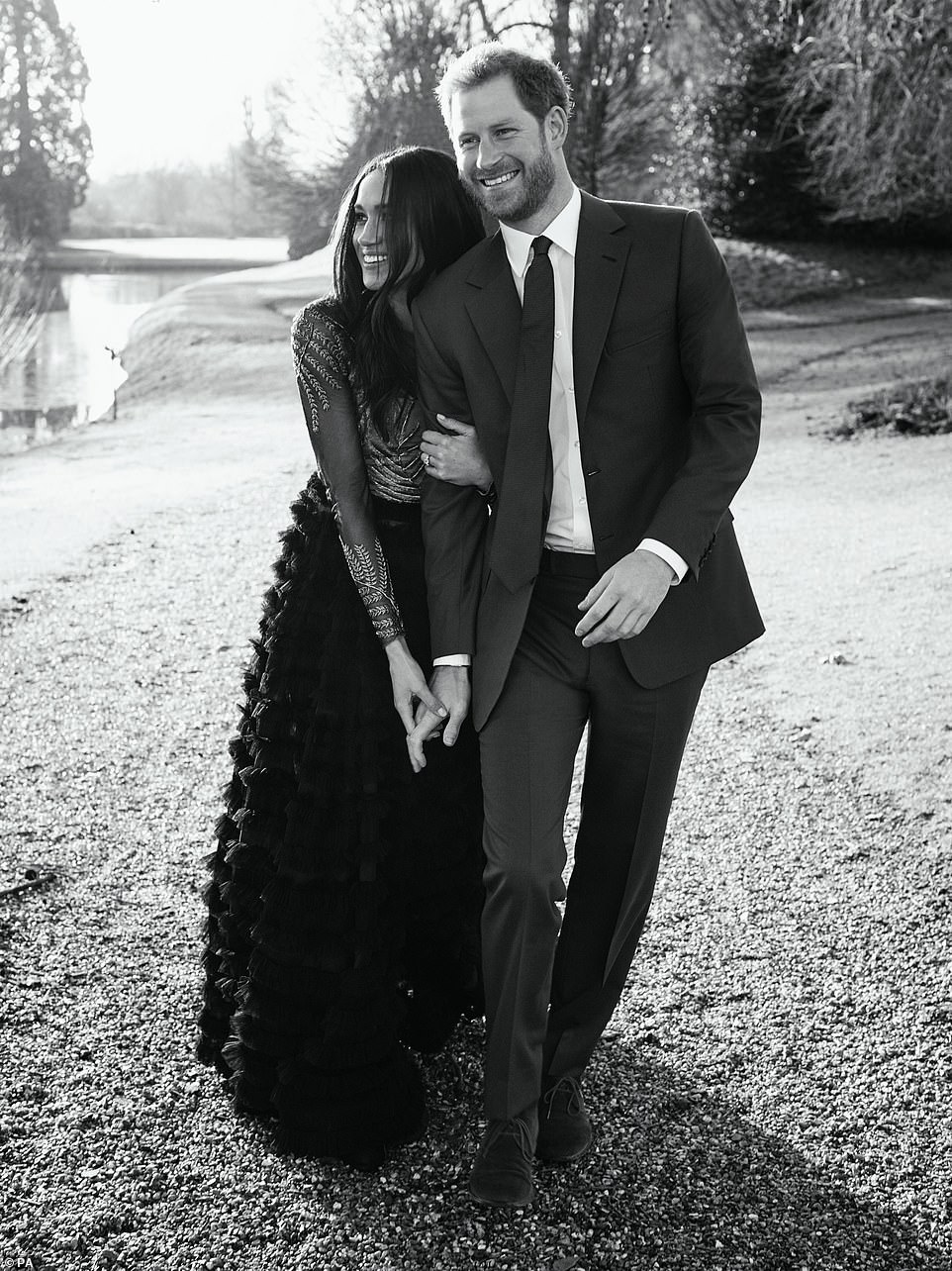 Harry and Meghan shot their engagement photos in the 33-acre grounds of Frogmore House, where they will move

‘But there has been a bit of tension between the brothers. Now Harry and Meghan don’t want to live next to William and Kate and want to strike out on their own.

‘They need more room and hope Frogmore Cottage will be ready in time for when they have the baby.’

Frogmore House, which was a gift from the Queen to Harry and Meghan, is currently undergoing a multi-million pound refurbishment. 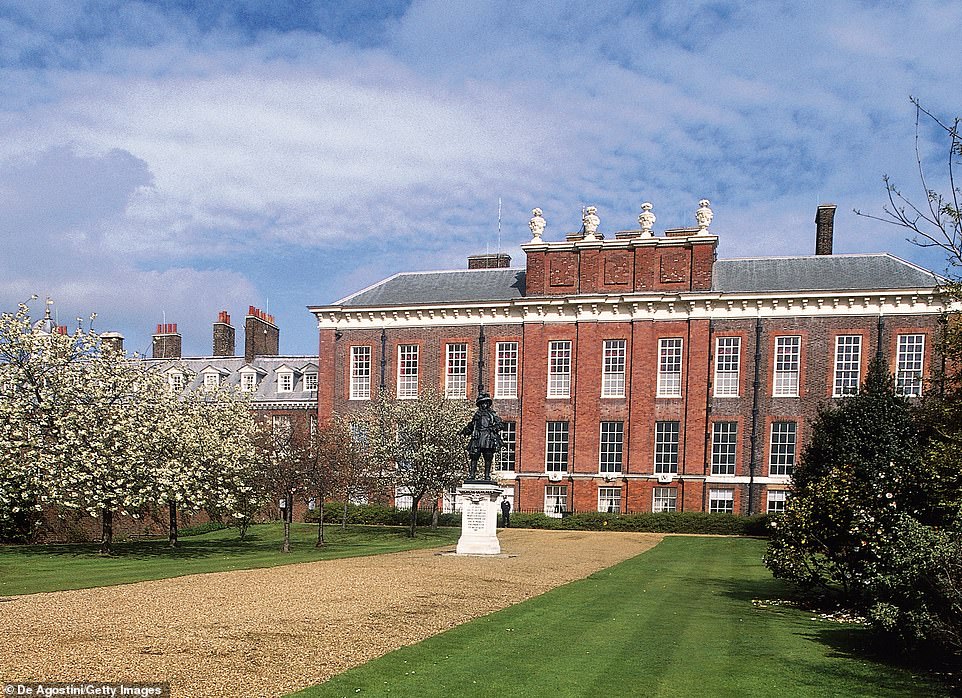 Harry and Meghan currently live at Nottingham Cottage, a property on the grounds of Kensington Palace (pictured) in central London 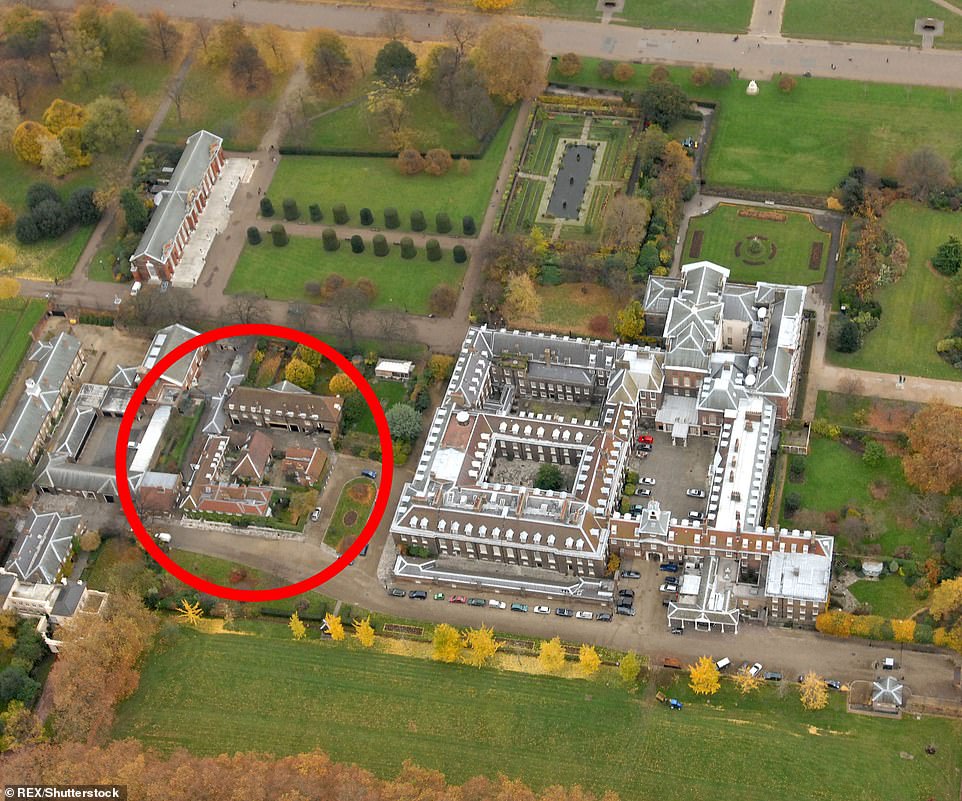 It offers a nursery for the new baby and ten bedrooms, compared to their current home which has just two.

Frogmore also has a great deal of sentimental value for Harry and Meghan, who, following their wedding at next-door Windsor Castle, held their evening wedding reception at Frogmore House.

Their engagement photos were also taken on the grounds.

Queen Victoria in particular was said to love the peace and quiet at Frogmore. She spent long periods there after the death of her husband and her favourite ‘Munshi’ (teacher) Abdul Karim, once lived at Frogmore Cottage.

Harry and William’s country homes are 130 miles apart, with the Duke of Cambridge at Anmer Hall, on the Sandringham estate in Norfolk, while Harry rents a converted cow shed in Great Tew, Oxfordshire. 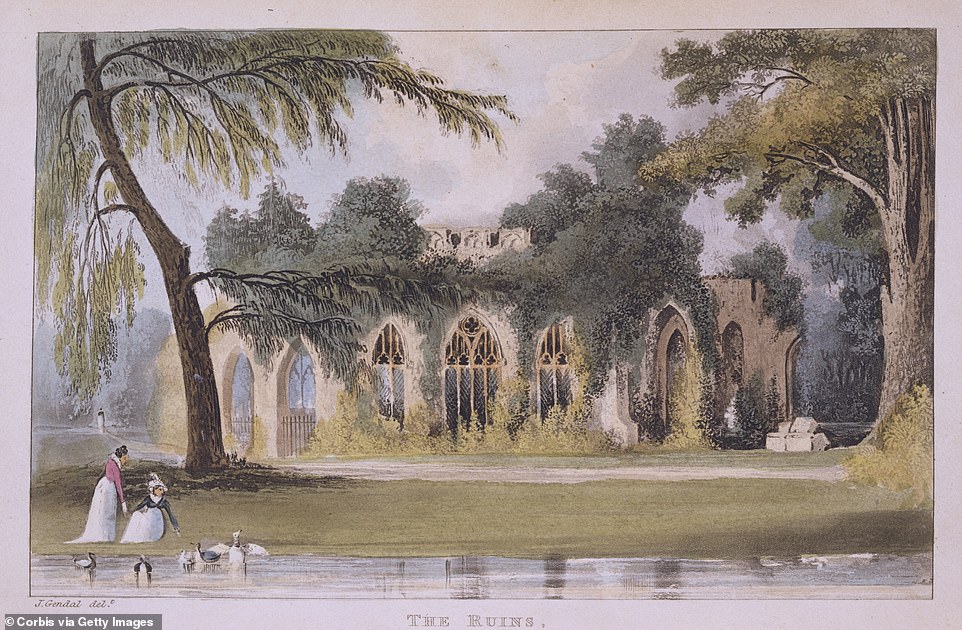 A 19th-Century Print of Frogmore House in Windsor, England – said to be the favourite retreat of Queen Victoria, particularly during her widowhood

In the grounds of Windsor Castle in Windsor, Berkshire

A Grade I listed building

A 17th-century English country house owned by the Crown Estate

Nursery for the new baby

Within the 33-acre Frogmore Estate