Harry Kane insists Tottenham will go for it in Barcelona

Mauricio Pochettino was fielding questions inside the San Siro, ahead of the first game of this European campaign against Inter Milan when he embarked on a bold analogy about cows and trains.

The question asked whether Tottenham had taken a lesson from the pain of last season when they beat Real Madrid in the Champions League group stage only to be hoodwinked by Juventus in the first knock-out round.

Or from the year before, when they failed to get out of a group involving Monaco, Bayer Leverkusen and CSKA Moscow. 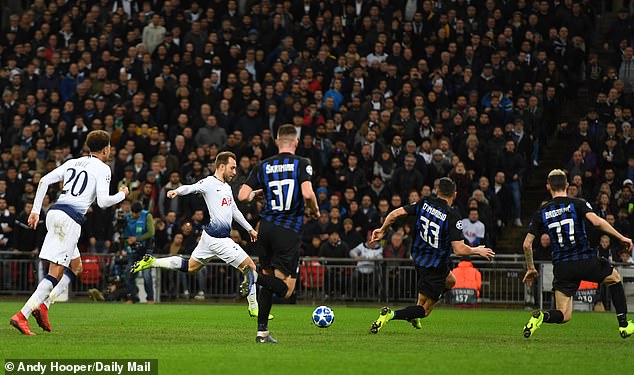 Pochettino tried to explain how the cows in a field might watch a train go past at the same time every day but if you ask them what time the train is due they can’t tell you.

Only, he tied himself into such a linguistic tangle he had the entire room, including himself and his sidekick Jesus Perez, in stitches.

Ahead of Wednesday night’s clash with Inter, when the theme reappeared, the Spurs boss smiled: ‘You want me to tell you about the cows and the train again?’

Actually, there’s no need. Tottenham are picking it up. That is clear. Even if they cannot take what they need from Barcelona in a fortnight — which is to match Inter Milan’s result against PSV Eindhoven — they have shown they can keep their nerve in elite company.

They are maturing nicely. They have added patience to their armoury. They are finding their rhythm again. They proved it against PSV in the last Champions League nail-biter when Harry Kane saved them with two late goals.

On Wednesday night, against a stronger team, they did it again. This time with a goal in the 80th minute from substitute Christian Eriksen to keep hopes alive. 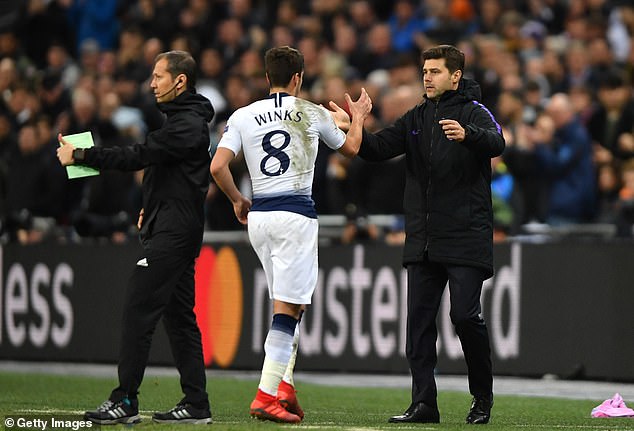 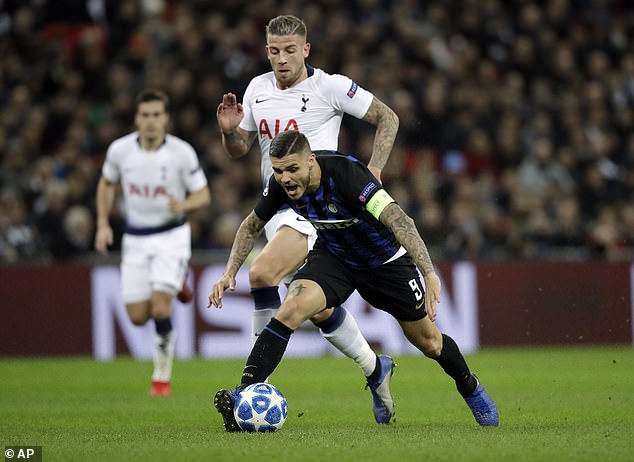 ‘Inter came to defend,’ said Eriksen. ‘They knew one point would be better than losing and you don’t have many chances against Italian sides. Luckily, I took mine and we kept them away.’

Hugo Lloris made a crucial save at 0-0 to deny Ivan Perisic.

‘The clean sheet was massive,’ said Kane. ‘It was tough out there. The pitch wasn’t great but we’re getting used to it. We played well though. We played out from the back, through the lines. We could have had a couple in the first half.

‘We will go all guns blazing now. It will be tough, but it is all to play for.’

After a sluggish start to the season, Tottenham have their momentum rolling. They have won six in a row with confidence boosted by victories against Chelsea and Inter ahead of the North London derby at Arsenal.

They do not dare to think about Barcelona yet but they will go to the Nou Camp with confidence. Just as Luciano Spalletti claimed he expected Inter to go through. 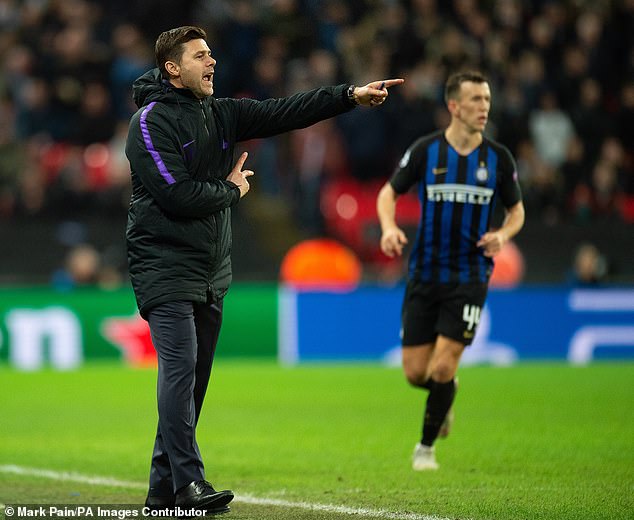 Pochettino’s substitutions changed the dynamic of the match, just as it did against PSV

‘I would like to show that an impossible mission can become possible,’ said Pochettino. ‘We must try. In football anything can happen and if you believe.

‘Inter Milan are so difficult to beat and the players deserve big credit. We deserved to win. We dominated and created the best chances and of course now it depends on us.

‘If we can win in Barcelona we go through. Of course, so difficult and we need to focus on Arsenal on Sunday. We cannot stop. We need to stay humble and try to improve.’

Pochettino can take credit too. Just as against PSV, his changes altered the dynamic of the match, presented new challenges and this time no-one jeered when he replaced Lucas Moura.

‘If we win we are right if we lose we are wrong,’ he said when asked about the wisdom of leaving out Eriksen. ‘I can only choose 11 players. Maybe I should change like basketball so we go in-and-out.’

Everyone is learning. No cows have been run over by the train. Not yet.